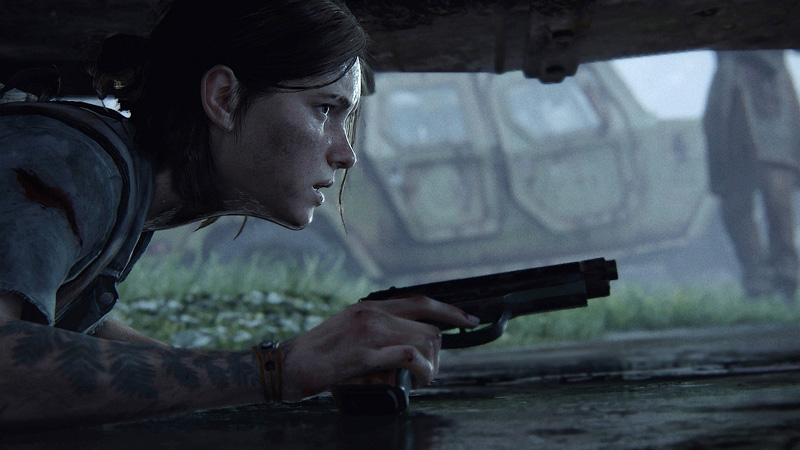 2020 is one of the biggest years for videogames in a very long time. There is a frankly insane amount of huge games coming in 2020, with more titles on the way that haven’t even been announced yet. The next generation of gaming consoles will launch this year as well, with the release of the Xbox Series X and the PlayStation 5. E3 2020 is going to be massive.

It might be a little difficult to sort through all of these games to find the few gems you really want to play, but never fear! We’ve cherry-picked the most exciting games coming out this year, and compiled them in one big list.

Here are the biggest upcoming games of 2020:

Dreams is less of a game, and more of a game creation system. You can literally make any game you could dream up with this, as well as explore the creations of other players all around the world. Just as an example, people have remade games like P.T., Metal Gear Solid, Final Fantasy VII, Undertale, Dead Space, a Zelda game and more just within Dreams. The possibilities are staggering!

Fans have been clamouring for a Final Fantasy VII remake for 15 years now, and in a couple of months, they’re finally getting it! Well... part of it, at least. The game released this year is only part one of this remake, with the rest of the game arriving later. I doubt fans are too concerned about the original game being split into so many segments though, because this looks fantastic. Square Enix even somehow found a way to blend classic turn-based gameplay with modern Final Fantasy combat!

It honestly stings a little that Doom Eternal is even on this list. The game suffered a delay recently, postponed from November 2019 to March 2020. In the words of Shigeru Miyamoto, however - a delayed game is eventually good, but a rushed game is forever bad. Doom (2016) saw Id Software hone their skills at creating the ultimate first-person shooter, handing players the reins to the most powerful demon-slayer around without taking away the challenge of it all. Doom Eternal looks even better than its predecessor, if its trailers are anything to go by.

It actually warms my heart that Animal Crossing has carved out its own Pokemon-sized fandom. This installment of Nintendo's life simulation series will see Tom Nook give us a ticket to our very own deserted island. We get to create an entire settlement of creatures, seek resources, do chores and generally have a relaxing, fun time. The game even has multiplayer now, allowing you to play with your friends on a shared island.

Honestly, this might be the closest we ever get to playing the fabled Half-Life 3. It's definitely the most hype a VR title has ever had going for it, that's for sure. Half-Life: Alyx is set in between Half-Life and Half-Life 2, with players taking control of Alyx Vance as she and her father build a resistance against the invasion of the Combine. Are you up for fighting Headcrabs in VR?

Hot on the heels of the Resident Evil 2 remake, Resident Evil 3 is a remake of the original survival horror game released in 1999. Taking place around the same time as Resident Evil 2, the game focuses on Jill Valentine - a former S.T.A.R.S. officer fighting to escape Raccoon City while it’s being overrun by zombies. At the same time, she is being hunted by Nemesis, a far more capable and intelligent version of Mr. X, whose sole purpose is to kill her and every remaining member of S.T.A.R.S. The game also comes bundled with a multiplayer experience called Project Resistance.

In case you’ve been living under a Keanu-proof rock, Cyberpunk 2077 is a first-person RPG set in a futuristic megacity. The city isn’t perfect, of course - it’s run not only by faceless corporations, but criminal gangs as well. The choices you make during gameplay will affect the larger story you experience, and you can also influence gameplay by building your character up with different skills. The Witcher 3 developers CD Projekt Red are working on this game, and given their stellar record… This is going to be big.