At the ASEAN launch of the Moto Z2 Play in Bangkok, Motorola showcased a few more new and updated Mods into the Moto Mods system. We’ve already had a hands-on preview of the Moto Z2 Play device itself at MWC Shanghai 2017, plus two Mods: the updated JBL SoundBoost 2 and new Incipio Car Dock (which you can catch up on here, if you haven’t done so yet). Here’s a quick roundup of the remaining ones we've had to chance to see in the flesh.

Probably the most interesting, and useful of the bunch is the GamePad mod that gives the Moto Z2 Play (or any other Moto Z devices) a portable console experience similar in feel to a PlayStation Portable. How is this game pad any different from those before it? Well, just about every single mobile game pad in existence today, including those from gaming brands like the SteelSeries Stratus XL or Mad Catz L.Y.N.X. 9 connect to your Android device wirelessly via Bluetooth. This inevitably introduces lag and other connectivity problems if you need to pair multiple devices to your phone. 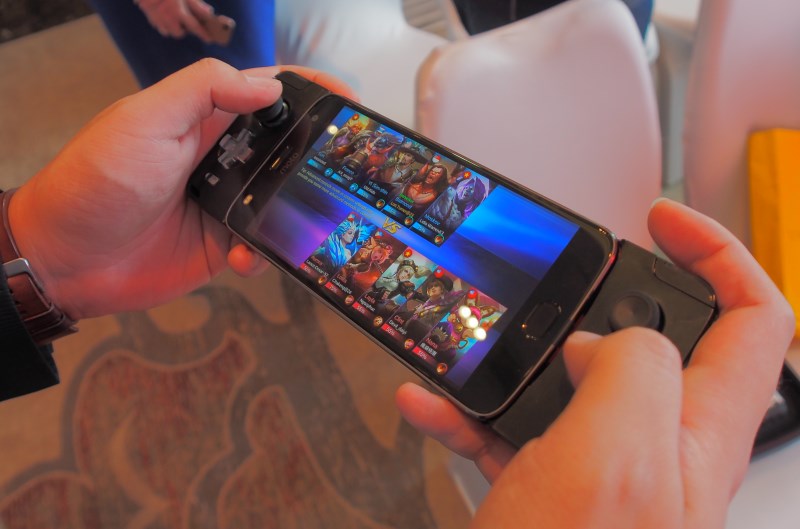 The Moto GamePad is a hardware connect through the Moto Mods interface and according Motorola, acts as if it’s part of the phone, eliminating any connectivity or lag problems. Since the mod covers the top and bottom of the phone, there’s a 3.5mm headphone jack on the mod itself. It also uses its own internal 1,035mAh battery, so it won’t eat up the phones, and charges via USB-C. What I didn’t get an answer on, is if the mod also charges your phone if the cable is connected, because that would be even more useful for longer gaming sessions.

Outside of these benefit, it works like other game pads around. From our quick hands-on, the GamePad works immediately once you snap it on and you’d already be able to use the left thumbstick to navigate around the phone’s Home screen. Just like other game pads, there are games that specifically support such peripherals, while most games would at least have partial support. We checked it out very briefly on Mobile Legends and the ability to move smoothly via the thumbstick instead of smudging your screen is a great advantage. Check out the video below for a quick intro and demo.

Here’re the specs and a few more pics. 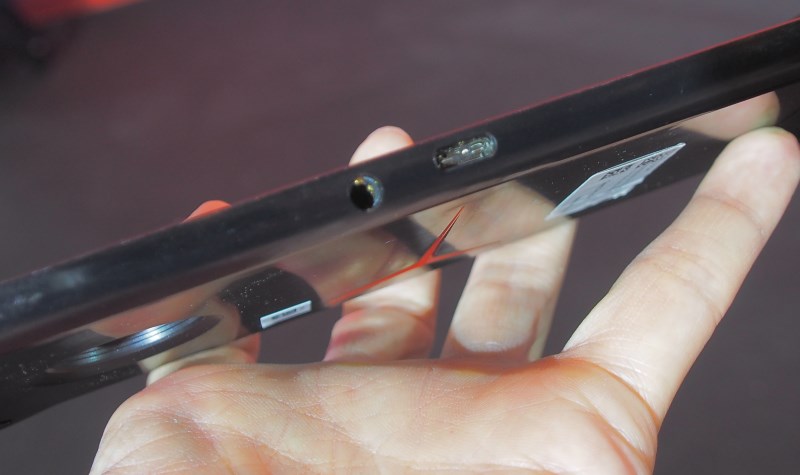 The TurboPower Pack is a new mod that fixes everything wrong with the original battery pack mods. It’s a hair thicker than the old battery packs (6.58mm vs 6.2mm), but packs way more juice (3,490mAh vs 2,200mAh). Not only that, it delivers power to your phone faster at up to 15W, capable of giving the Z2 Play for example, up to 8 hours of extra battery life in just 15 minutes. The old battery pack mod only charged your phone at 6W. The TurboPower Pack now has its own USB-C port too, so you can recharge it directly. The original battery mods could only be recharged when attached to a Moto Z phone that’s plugged in, which was a serious design flaw. 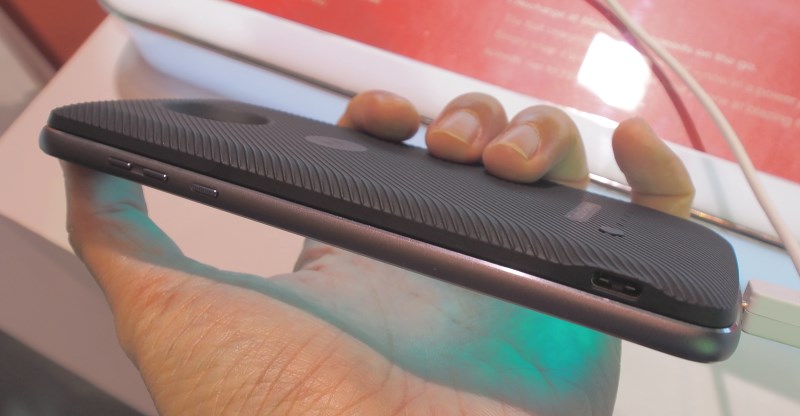 Motorola released more Style Shell cover designs, which is always great for device personalization, but the new Style Shells also comes with an upgrade, in that they now have built-in wireless charging, supporting the following formats: Qi 1.2.3 (10W) and PMA 3.0 (5W).