Monster has come a long way from being just known as a high-end cable manufacturer with an eye for improving the smallest details of sound peripherals and elevating them to meet the standards of audiophiles. Moving away from accessories, they have gone ahead and made the leap to the consumer electronics segment, with great success. The Beats branding from Monster has become ubiquitous and can be seen on notebooks from HP as well as HTC smartphones. Their popularity is further confirmed by the number of people on the streets carrying Beats headphones slung across their neck. Now, Monster has introduced five new contenders to expand their lineup, and to give it greater allure than ever before. 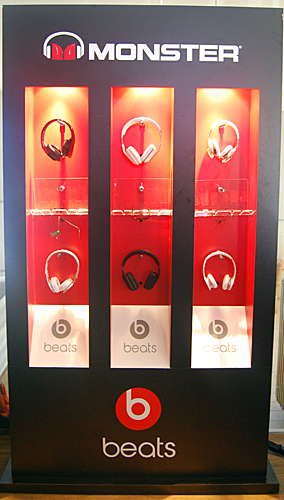 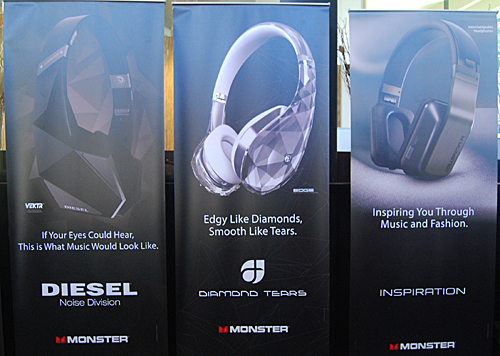 Monster is the first audio manufacturer’s to team up with a hip hop artist in the shape of their Beats with Dre series, a move which led to other rappers following suit. They can also be credited for introducing the big, over-ear headphones fad which has dominated the audio market for the past few years. The new products seek to keep Monster ahead of the curve, hence explaining the “Join the Revolution” tagline. And judging by the looks of the new products, Monster seems to think that on-ear styling is the way to go. 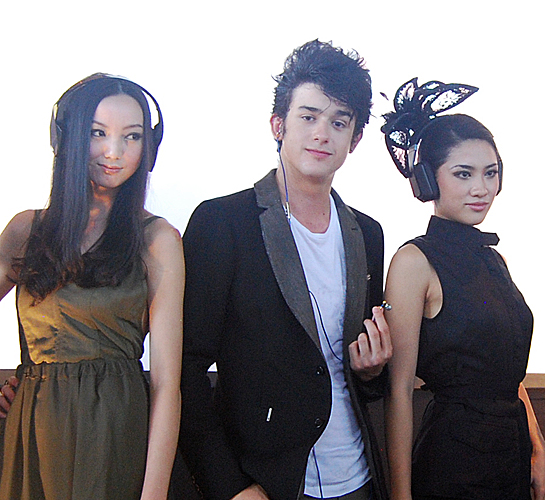 The Mixr was produced in conjunction with David Guetta, and is a new addition to the Beats lineup. It is instantly evident that the new headphones are smaller than the previously released Beats Pro in the market; a feat achieved by the Mixr’s on-ear wearing style. Representatives from Monster stated that the Beats Mixr is designed to be a lighter and more portable alternative to previous Beats products. 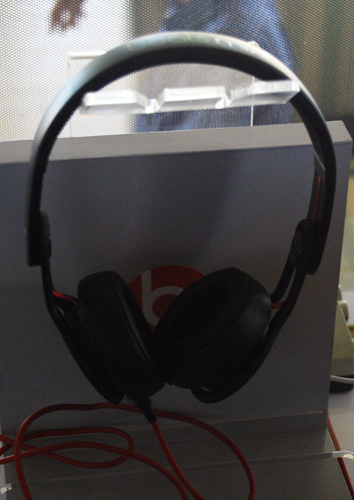 The Mixr has swivel ear-cups, although they had a snug and tight fit when we tried them out. The headphones feature input jacks on both ear-cups, which means you can plug in from either side as well as daisy chain the MIxr to another pair of headphones if you so desire. 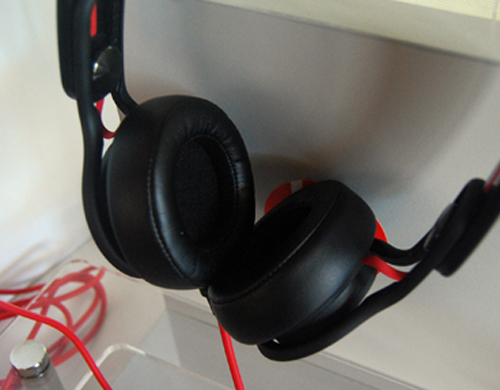 The Beats Mixr gave a decent showing of its abilities when we tested them out with our standard set of test tracks. A spacious, but slightly airy soundstage was observed on Melt My Heart To Stone by Adele and Hotel California by The Eagles. The bass performance of the headphones however bled over into mid-range making the tracks sound a bit sluggish. But when we tried the product with Elements Of Life by DJ Tiesto, the Mixr came into its own. The groove was jumping and the performance was top notch. These headphones seems to well suited for house, electronica, and trance genre. 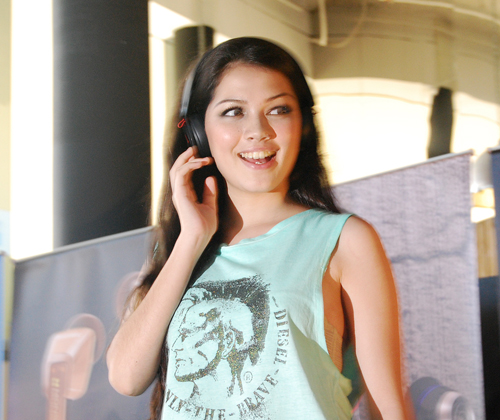 The second addition to the Beats family is the Beats Wireless, with a name that says it all. Utilizing Bluetooth and Apt-X (supported some products like this), the new headphones seek to provide wireless connectivity. Surprisingly, the choice of the lossy AD2P standard is a break from the audiophile tradition Monster generally upholds. When trying them out, we found the Beats Wireless’ fit to be a bit more comfortable than the Mixr. The headphones have a lush serving of leather on the ear-cups and this no doubt helped boost the comfort levels. 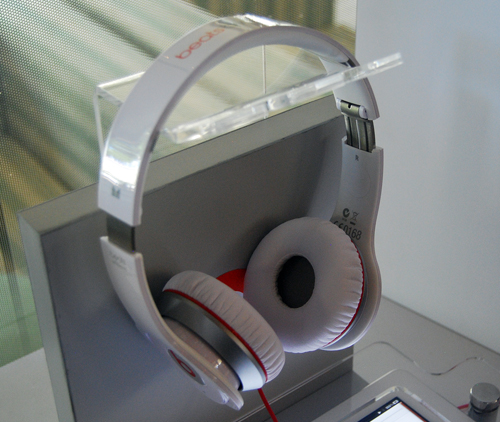 Their performance however was a notch below expectations. The soundstage was not a spacious as the Mixr. At the same time, bass lacked definition and produced discernible vibrations and thumps" with air column movement that was not pleasurable in the least. From our quick hands-on with the set available at the event, we would say the Beats Wireless is decidedly middle of the road when it comes to audio reproduction and quality.

Like the Mixr, the Beats Wireless will be available for purchase at the end of May 2012 for a price of S$590. 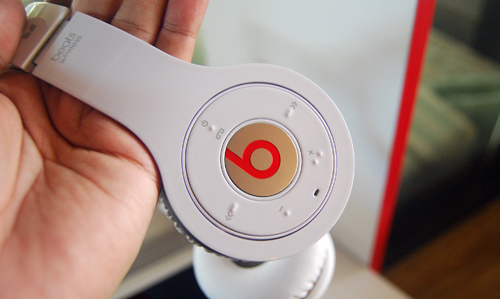 Beats is just a particular brand which falls under the stable of Monster, and there are many products worth considering other than the Beats branding. One of these happens to be the new Inspiration. With a foldable design, the headphones are special since they feature replaceable headbands. This means you can make them as somber or flashy as you desire. At the same time, they are Monster’s first foray into the active noise cancellation segment of audio products. The Inspiration has an over-the-ear design due to their noise cancelling nature. 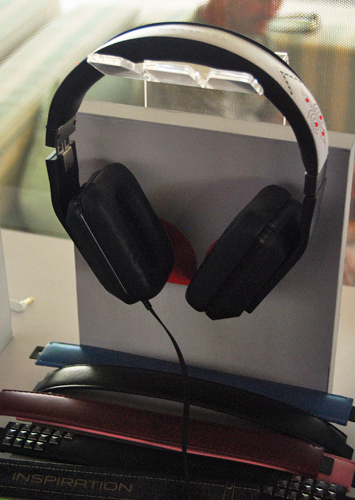 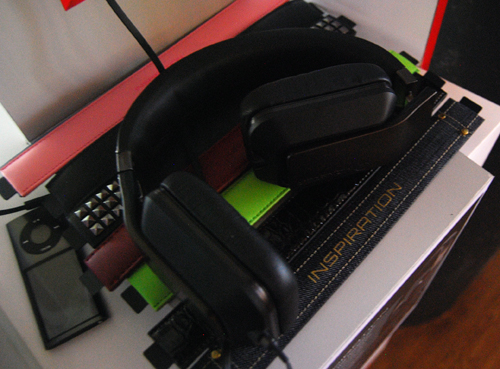 Unfortunately, the headset available at the event venue was only equipped with passive noise isolation, so we cannot comment on how well the active noise cancelling features work. However, we can give you a brief insight into the audio performance of the product. The Inspiration does not have the typical bass heavy leaning that is such a feature of Monster’s other products, making it a bit closer to the neutral sound prized by audiophiles. On Melt My Heart To Stone and Hotel California, we found that the Inspiration did better justice to the overall mix of the song rather than excelling at reproducing one band of the audio spectrum. 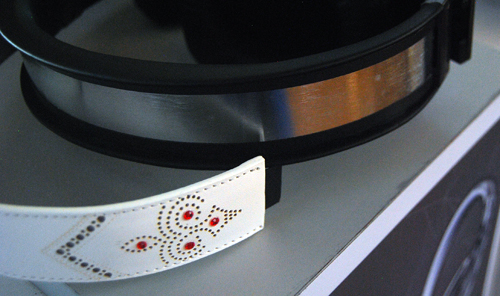 The Inspiration will be on shelves by the end of May 2012 and will be priced at S$699. The headphones will come with either a titanium or a pearl finish. Headbands may be purchased separately to change the look of the product as mentioned earlier.

Adding a feminine touch to Monster’s new roster are the Diamond Tears headphones. A fashionable design is one of the reasons Monster audio products have been adopted by the people with great enthusiasm. This philosophy is evident in the Diamond Tears in the shape of their crystalline appearance and tear-drop shaped ear-cups. We were not completely sold on the looks of the product though. While the headphones shimmer spectacularly when light hits them in the right angles, they do seem to look rather unsightly otherwise. 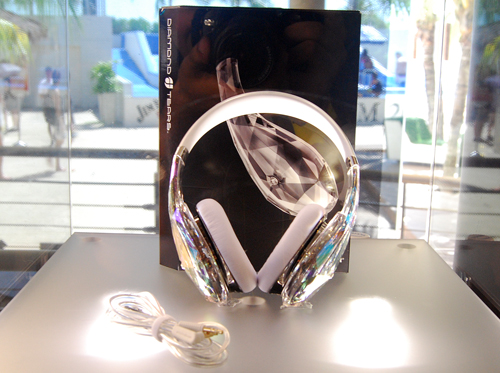 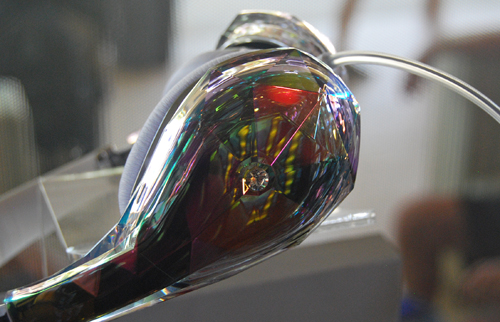 Providing a comfortable fit, the Diamond Tears displayed good transient response when tested with Hotel California by The Eagles. At the same time, the headphones had strong mids and good highs, evidenced on Melt My Heart To Stone, which set it apart from the other products Monster introduced. The performance of the headphones also seems to suggest that the product is geared towards females with its softer sound palette working well with mellow tunes.

The Diamond Tears wil be available a bit earlier than the rest of the headphones and should be in the market by mid May 2012. They will be priced at S$699.

As mentioned earlier, Monster pays particular attention to the appearances of their products. They have already elevated the humble headphones from just a simple audio accessory to something users can employ to display their individuality and sense of style. Monster has teamed up with fashion brand Diesel for the last pair of headsets we are about to feature - the Vektr. The simple black aesthetics of the device along with the sharp delineated cut of the ear-cups show that these headphones are meant for a more mature audience who may not always go for the loud, in your face feel of the Beats series. 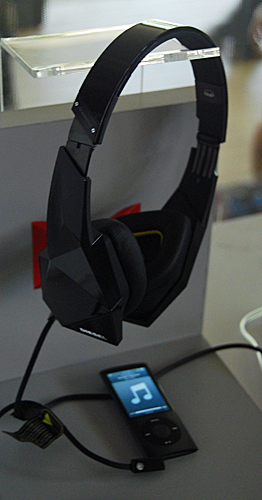 Similar to its appearance, the Diesel Vektr’s performance also makes a strong impression. Clear high and impactful bass were heard during our auditioning. Coupled with a spacious soundstage, the headphones gave a good showing of themselves. The headphones handled Adele with aplomb and were also up to the task of reproducing Buckethead’s intricate guitar play.

Also available by mid May, the Vektr will be retailing for S$580.