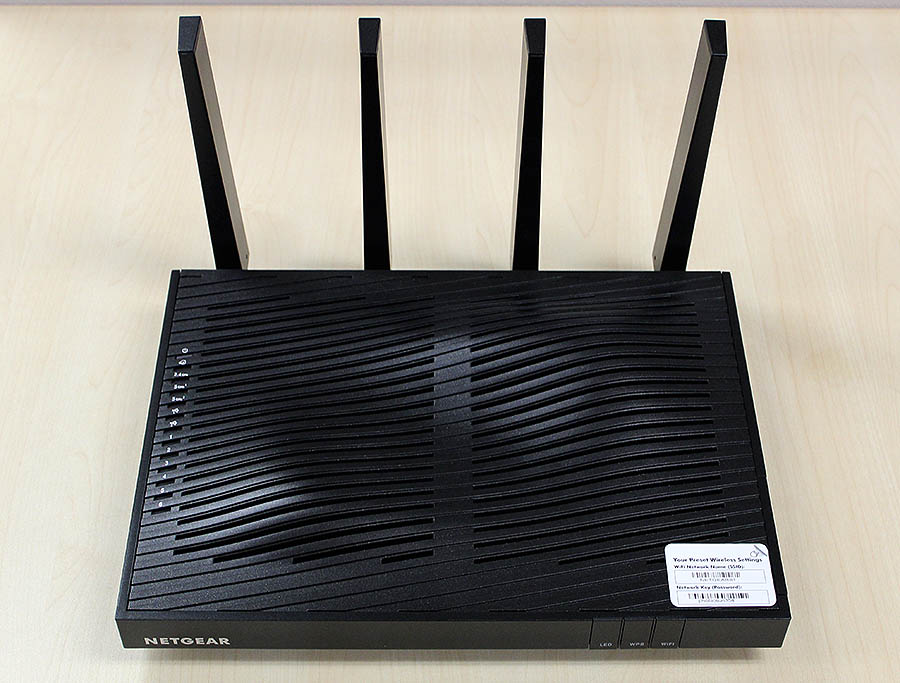 If you thought the ASUS RT-AC5300 router was big, wait till you get a load of Netgear’s latest Nighthawk X8 router. This new flagship router measures a whopping 31cm x 26cm and weighs about 1.7kg. Because of its tremendous width, it looks like a Blu-ray player and is absolutely massive for a router. 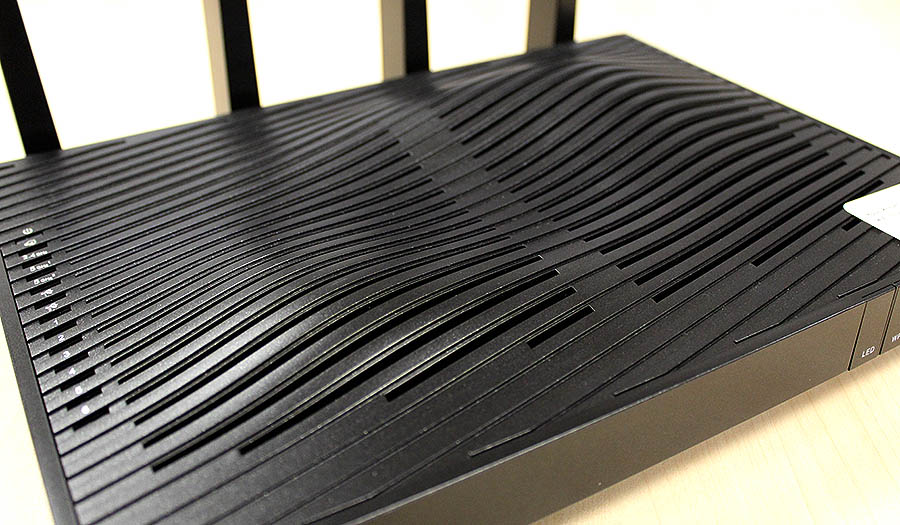 Compared to the radical-looking ASUS RT-AC5300 router, the Nighthawk X8 router looks far more subdued. The only thing unusual about its looks is its undulating top panel, which resembles waves in the sea and also doubles up as vents for heat to escape. On the left side of the top panel is a column of LED indicators, so if something goes amiss, users can quickly tell what’s wrong. The indicators on the Nighthawk X8 is easily more useful, because each Ethernet LAN port has its own indicator, so users can instantly see which port is malfunctioning. The ASUS RT-AC5300 router, on the other hand, only has a single LED indicator for the LAN ports, so if one of the LAN port should go wrong, it is not immediately apparent which one has failed. On the front panel are buttons for WPS setup and also to turn off Wi-Fi and the LED indicators. 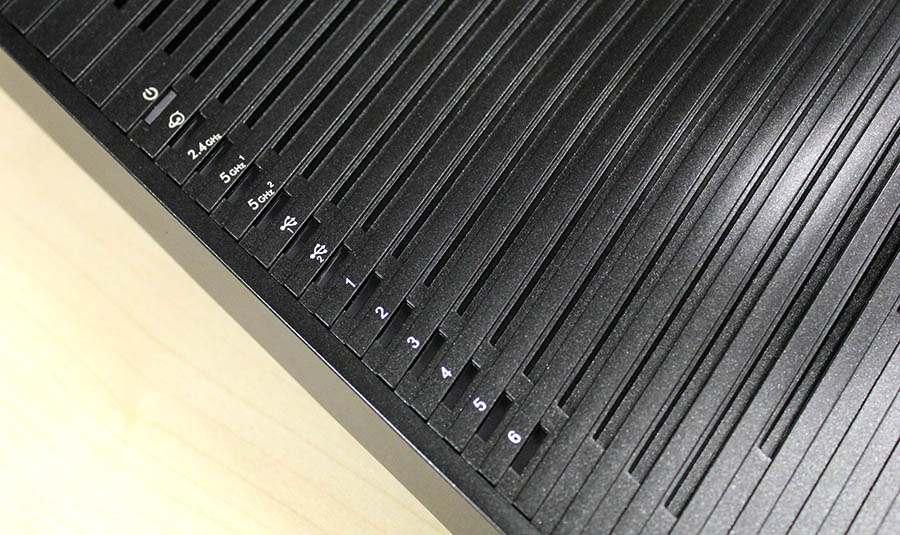 To the right of Nighthawk X8 is a flap (which we feel is really unnecessary) that can be uncovered to reveal a USB 3.0 and also a USB 2.0 port. And behind the router are your Gigabit WAN and Gigabit LAN Ethernet ports. There’s a single WAN port and 6 LAN ports. That’s not a typo, the Nighthawk X8 has 6 Ethernet ports, which is refreshing considering the amount of connected devices we have these days. But more importantly, out of the six, two of these ports features port aggregation, which means the two can be combined to create a single super-fast connection - just like the ASUS RT-AC5300 router. But unlike the ASUS router, you'll still have four ports free if you choose to use port aggregation. 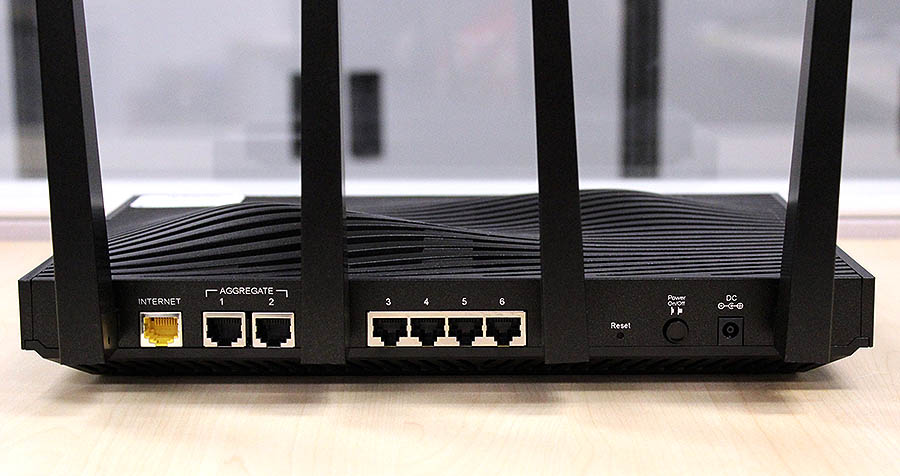 Behind the router is also where you’d find the four external antennas. And interestingly, these cannot be removed because the amplifiers are located on the antennas themselves. On other routers, the amplifiers are typically located inside the router and on the motherboard, with the external antennas being entirely passive. Netgear claims that this arrangement improves signal quality and reduces noise that’s created by the router’s circuit board, thereby improving wireless performance. However, a downside to this configuration is that if the antenna should fail or break, replacing it would be problematic. 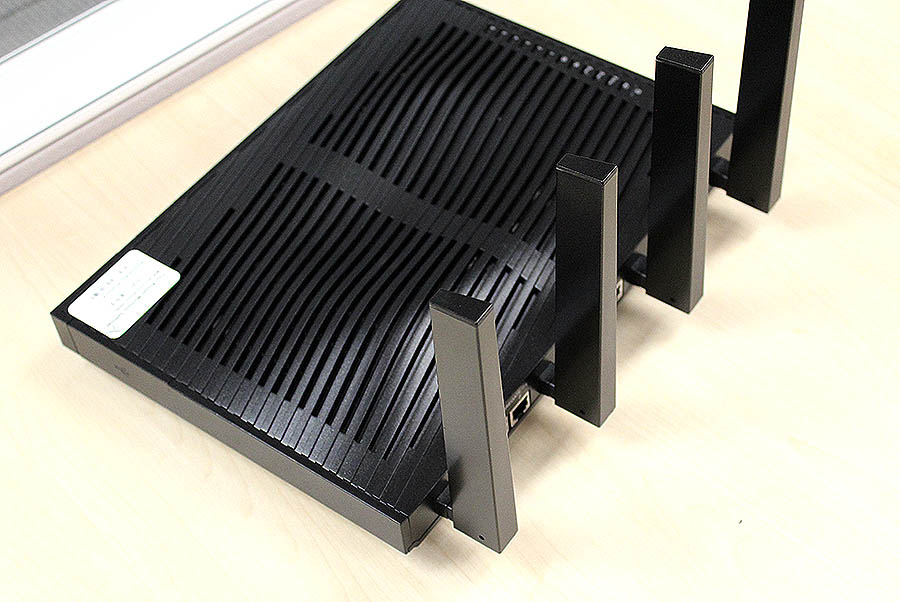 Like all other Netgear routers, the Nighthawk X8 comes preconfigured. A sticker on the router indicates its SSID and also its password, so if you are not a fussy user, you could use it straight out of the box. The setup user interface is pretty straightforward to use as there's the option for Basic or Advanced settings. Advanced users will be happy to find that the router has all the usual options like port forwarding, VPN, dynamic DNS and guest networks. However, certain features like Parental Controls and ReadySHARE requires additional registration or software, which makes it tedious and frustrating to setup. On the plus side, the interface loads briskly and doesn't suffer any of the lag that we experienced with the older Nighthawk X4 router.

In terms of features, the Nighthawk X8 isn't as feature-packed as the RT-AC5300 router. Though it has Dynamic QoS and cloud storage functionality via ReadySHARE, it is missing some other useful functions like real-time traffic monitoring and Time Machine backup support for Mac systems. 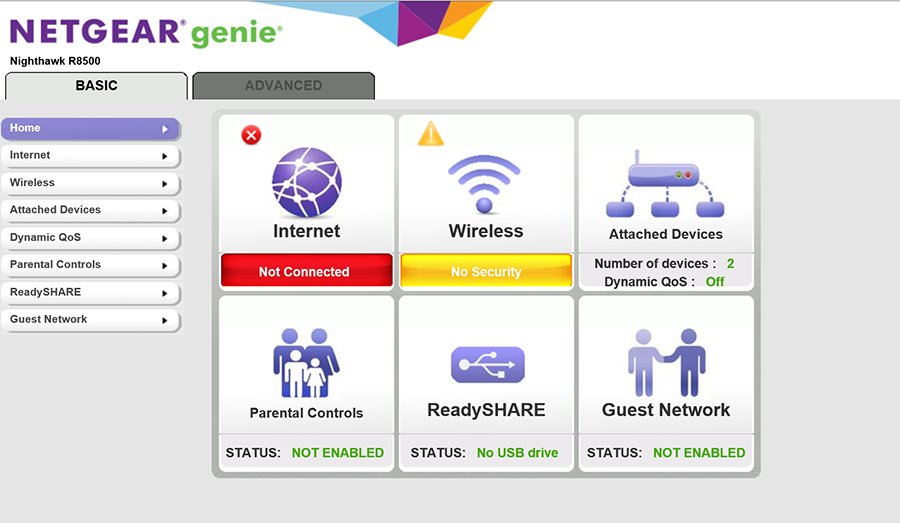 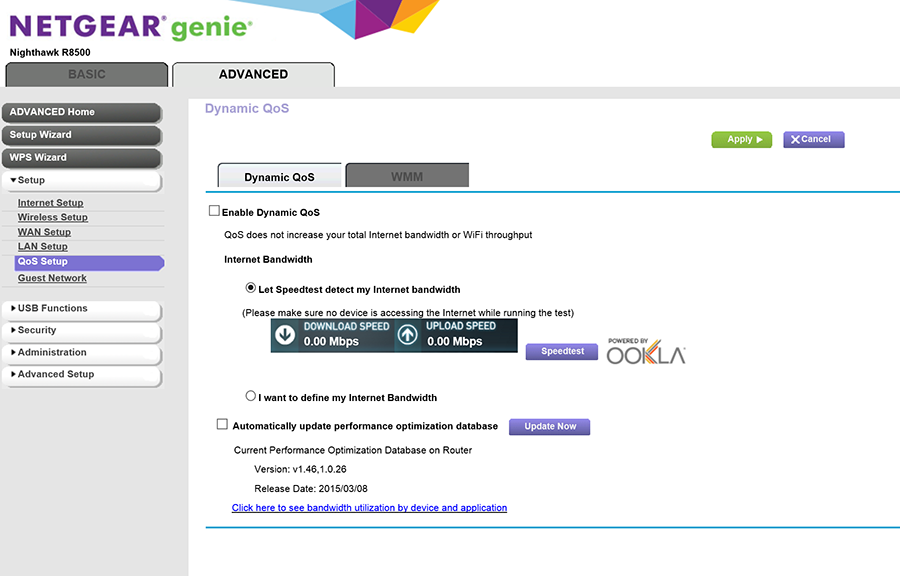 There’s also a Genie app available for iOS and Android devices for free on their respective app stores. However, the app is limited in its use and it is missing some features that are found on the router’s web browser interface. For example, using the app we could only edit settings of the 2.4GHz band and not the 5GHz band. Also, advanced features such as port forwarding, dynamic DNS and VPN can only be accessed using the web browser and not the app. That said, the app is not entirely useless. It can be used as a quick way to check your network map and see what devices are connected to the router and it can also be used to monitor your traffic. 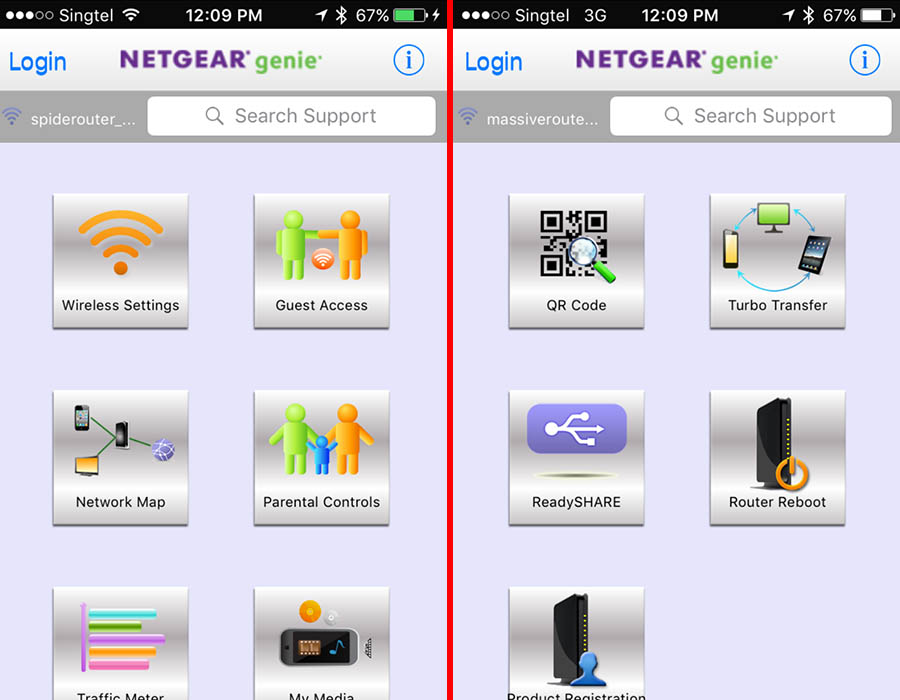