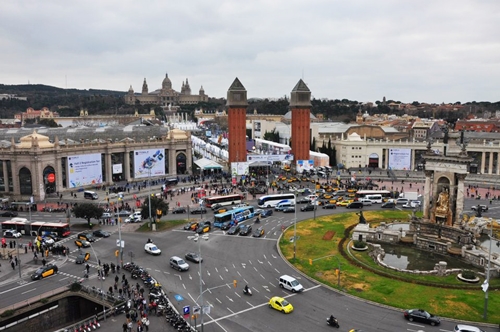 Come next week on the the 25th February, the annual Mobile World Congress (MWC) 2013 will commence in Barcelona, shining the spotlight on the latest mobile technology, trends and products. On our team's end, we have been rounding-up news to shed some light on the definitive mobile device convention of the year.

This year's MWC, however, seems diminished compared to the fanfare of yesteryears' showings. One reason being, many mobile-related devices were already shown earlier at the Consumer Electronics Show (CES) 2013. The big tech event, which saw its conclusion in January, saw major phone manufacturers like Sony (Xperia Z), Huawei (Ascend Mate, Ascend D2), Lenovo (K900) and major chipset manufacturers like NVIDIA and Qualcomm flocking to showcase their flagship devices and next-gen chipset technologies.

Further jeopardizing the scale of this year's MWC event is the new trend for companies to hold their events separately from the annual mobile device convention, most possibly in a bid to stand out from the growing crowd of mobile-related news and be able to conduct events/showcase products on their own terms. This started with Samsung's popular Galaxy S III launch last year, which saw the company announcing their flagship device in London in May. Needless to say, the highly-anticipated S IV will reportedly follow suit as well, allegedly making an official appearance a month after MWC on the 14th of March.

Just earlier this week, Taiwanese company HTC announced their new flagship device, the HTC One, in another separate event held in London as well. BlackBerry (previously known as RIM) also chose to announce their new BlackBerry 10 devices much earlier in January of this year, instead of waiting a full month for the commencement of MWC.

Unsurprisingly, this year's event spotlight remains primarily on Android and Windows devices but this time, with nothing quite groundbreaking (as of yet). There are some interesting predictions (such as a Nokia's Windows RT tablet) but these allegations seem to hold very little water thus far. One exciting highlight of the MWC event would be the entry of newer mobile OSes like Firefox and Ubuntu, as these will hopefully set the ground for deeper product differentiation in the year to come.

Let's take a quick look at what to expect during MWC this year:

Stay tuned for next week as we bring you MWC updates straight from Barcelona. For all the updates we've gathered to-date regarding the upcoming MWC event and partner news, check out our ongoing content round-up below.