In the blink of an eye, we are done with another Mobile World Congress. Without a doubt, Barcelona is the place to be if you want to experience the latest mobile technologies and the newest gadgets showcased at the annual event.

As usual, our team worked tirelessly through the nights to bring you updates live from the halls of Fira de Barcelona. Nearly a week after we reported our predictions and expectations for MWC 2012, here's a retrospective at what we managed to nail on the dot, and what other surprises were tossed up straight from the show floors.

Without a doubt, we will be greeted by a bevy of quad-core smartphones in 2012. Smartphones such as the HTC One X and LG Optimus 4X HD have adopted NVIDIA's Tegra 3 quad-core processor, paving the way for games that are optimized for these quad-core processors on the Tegra Zone. The latter is significantly important to showcase the raw processing power of NVIDIA's quad-core processors, and addresses an ongoing issue of apps that haven't taken full advantage of what multi-threaded processors can offer.

HTC and LG aren't the only companies showcasing their quad-core smartphones. Huawei joined the quad-core party with the Huawei Ascend D Quad, and made a surprise move - the smartphone is powered by its own K3V2 quad-core processor. In doing so, the Chinese company is able to exert more control over the smartphone's performance, and the result is better power consumption than its rivals.

But this isn't the end of the dual-core era. During this week, we've also seen the first wave of devices powered by Qualcomm's Snapdragon S4 dual-core processors. This includes the ASUS PadFone, which will be looking at an April 2012 shipping date, while HTC's One X will also come with an LTE variant that uses the Qualcomm chipset instead of Tegra 3. The significance of the Qualcomm S4 processors, stems from the fact that the system-on-chip will integrate LTE into the die, which will potentially increase the battery mileage for these smartphones.

Back to the PadFone, we got a glimpse of it last year at Computex 2011. Unfortunately, details were still scarce at that point. The only known fact then was that the PadFone can be docked with a separate accessory, turning it into a full-fledged tablet. Fortunately, ASUS finally made the PadFone official, giving us some hands-on time with the smartphone/tablet hybrid. And if that transformation isn't enough, we also witnessed how it takes a cue from the Transformer Prime with its keyboard dock.

Is 3D technology still relevant for smartphones? According to LG, it is. Why else would the Korean chaebol launch their second 3D smartphone, the LG Optimus 3D Max? The update to last year's LG Optimus 3D comes with a feature that converts apps from 2D to 3D, which by far could make a difference in how a user will choose their smartphones. That, and the inclusion of near-field communication (which we've talked about in our prediction piece).

Speaking of NFC, expect this feature to become commonplace in 2012, starting with Sony's Xperia line. As the Sony Ericsson brand phases into the new Sony Mobile Communications, we've seen the first Xperia device, dubbed Sony Xperia S, making its debut at CES 2012. At MWC 2012, two new devices, the Sony Xperia P and Xperia U, join the Xperia family. Both devices come with NFC capabilities, in a bid to ease the user experience with the help of Sony's SmartTags that lets you change your phone's profile with a single tap. 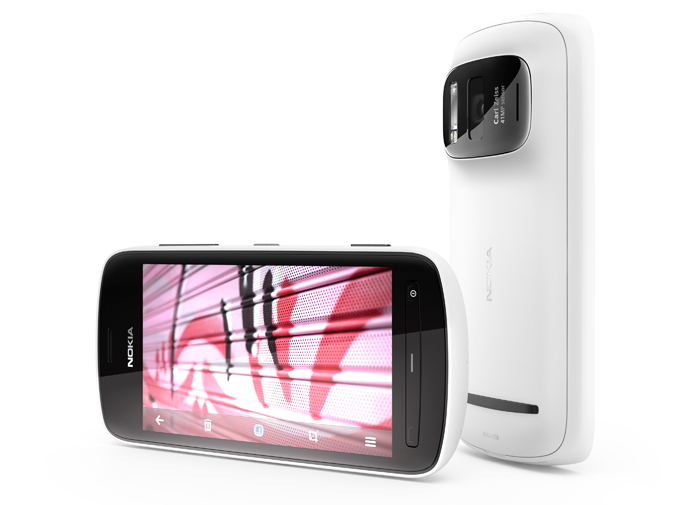 Nokia mentioned that the 808 PureView is a product five years in the making, hence the decision to push the 41-megapixel camera onto a Symbian device before Nokia made the switch to Microsoft Windows Phone is understandable. Fortunately, the Finnish company did not rule out the possibility that the technology adopted by the PureView might trickle down to its varied portfolio in the near future.

Affordable Phones for Everyone

And speaking of Windows Phone, earlier news of an even more budget-friendly Windows Phone came true, in the form of the Nokia Lumia 610. This is in line with Microsoft's new requirements for its Windows Phone portfolio. While companies are moving further with more powerful specifications, Microsoft took a reverse approach and encouraged its partners to go lower with its relaxed requirements for the device's minimum memory and processor.

Making its Windows Phone more affordable is not without cause, with the Redmond-based company eyeing more markets, including China with the new Lumia 610 from Nokia. And let us not forget about the new Asha phones running Symbian S40, though we believe they are more suited for the emerging market with its price point and features.

From a modest press conference with no products to present in 2011, to six phones in 2012, Nokia has shown much at Barcelona. Beyond the hardware, the Finnish company will be updating its apps such as Nokia Drive, on top of introducing new apps such as Nokia Reading and Nokia Transport to strengthen its Lumia range.

HTC goes all out once more, with an updated HTC Sense 4.0 that will be featured in its upcoming HTC One series. Moreover, the company is promising Dropbox integration with the new HTC Sense, with 25GB of cloud storage offered to HTC users for free within the first two years.

But that's not where the software showcase ends. From other companies such as Mozilla, we had a glimpse at Boot to Gecko, a mobile operating system based off HTML5 and Ubuntu for Android that works in tandem with the Android operating system to extend the smartphone onto a desktop environment.

The abovementioned are just some of the main highlights from this year's Mobile World Congress. With so many products and news to sift through, we figured you might find yourself being overwhelmed. We have a solution for that; below is a gathered listing of the latest products launched at MWC and our hands-on experience with many of them.