Mobile Network Guide - What You Need to Know About 4G LTE

4G LTE - What You Need To Know

Getting Started On 4G Mobile Networks

Many mobile users here are closely acquainted with the third-generation mobile telecommunications standard (commonly known as 3G) after its commercial launch by M1 and Singtel back in 2005. Basically, the 3G protocol enables consumers to connect to the Internet and its services via their mobile phones, without having to rely on Wi-Fi hot-spots in that sense. However, purchasing a smartphone these days entails more than just grabbing the sexiest hardware. With telecos companies evolving their networks to meet growing demands in mobile data usage, handsets we wield on a day-to-day basis have taken on their own transformations as well.

This is where 4G comes in. Countries such as South Korea and the States have already rolled out their own 4G telecom services in recent times, and now it's Singapore's turn to ride the next wave. Flip through a mobile phone catalog today, and chances are you might spot smartphones or tablets touting "4G" or "LTE" monikers. But what is 4G anyway? Is LTE a funky acronym for the word "Lite" or is it something else? With this guide, we want to provide you with some insight on the 4G standard, and hopefully equip you with a better understanding of this next-generation cellular network by the time you're through with this article. 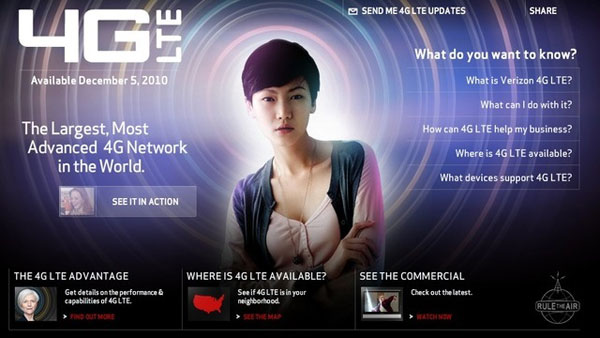 The 4G protocol is basically a fourth-generation standard for mobile phone communications. It's also the successor to the third-generation standard as mentioned which is widely prevalent today. Both Mobile WiMax and LTE are subsets of the 4G mobile network. However, the most recent 4G roll-out in Singapore involves only the LTE system, which stands for Long Term Evolution, or 3GPP Long Term Evolution for the Universal Mobile Telecommunications System (UMTS in short). Similar to 3G, a 4G mobile network provides users with broadband Internet access via smartphones, tablets, and USB wireless modems, albeit at faster data rates.

M1's and SingTel's LTE services operate on both 1,800MHz and 2,600MHz freqencies, while StarHub's is riding solely on the 1,800MHz band. In essence, lower frequencies, such as the 1,800MHz band, generally provide superior indoor signal strength with a longer range. However, higher frequencies like the 2,600MHz band are better suited for covering populated zones and managing data volumes due to their larger bandwidth. M1 is currently deploying the 2,600MHz band along coastal areas as well to avoid signal interference with neighboring telcos (such as Indonesia for example). Besides 4G, the lower 1,800MHz band is also used by existing 2G networks. Do check out our spread over at the next page if you want to know which are the current breed of 4G devices available in the market.

In comparison, 3G networks offer typical download speeds between 1.7Mbps to 4.8Mbps under most circumstances, while users on the 4G LTE band are able to enjoy typical download rates between 3.4Mbps to 12Mbps with a theoretical top speed of up to 75Mbps. Obviously, this noticeable speed bump is the biggest lure for users to board the 4G wagon. Real-world test results we've gathered based on SingTel's and M1's 4G LTE services can be found via the embedded links. They'll give you an idea on how 4G LTE matches up in reality. At this point in writing, all three telcos -- M1, SingTel, and StarHub -- are offering the same 4G price plans as their 3G packages, although prices of handsets will vary depending on which price tier is chosen. Take SingTel's 3G Flexi Lite plan for instance. Purchasing a new Samsung Galaxy III handset with this plan will cost you $398, whereas the LTE version will cost you seventy dollars more at $468. (Prices are accurate at the point of authoring this article.)

Furthermore, you'll also need to consider the telco's 4G coverage. For starters, M1 is the only one to offer nationwide coverage at this point in time. SingTel will extend its coverage to 80 percent by December 2012, and 95 percent by March 2013. StarHub's 4G reach is currently limited to only a few zones, such as the Central Business District, Singapore Expo, and Changi Airport. Like SingTel, StarHub's islandwide goal will only be realized in 2013. Note that voice calls for all three telcos are handled on the 3G spectrum. 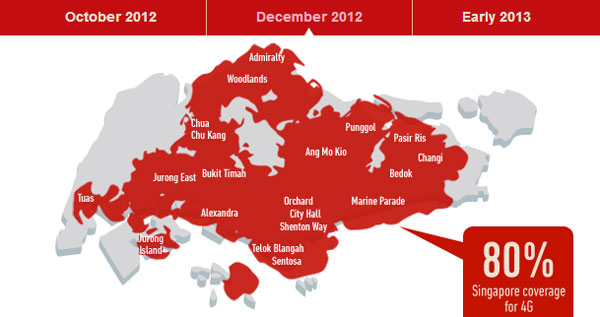