Minions: The Rise of Gru Review: A little underwhelming but more banana is good banana

Minions: The Rise of Gru Review: A little underwhelming but more banana is good banana 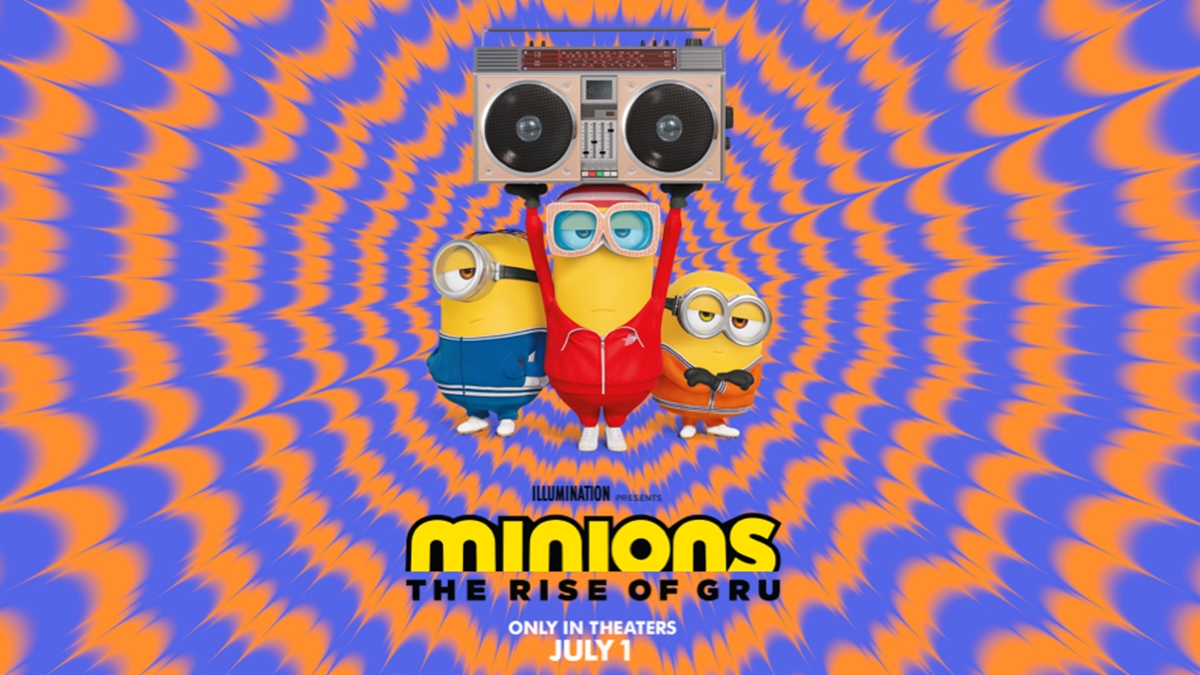 As far as kids' movies are concerned, Despicable Me is probably one of my favourite franchises from the past decade. At surface level, it's endlessly innovative when it comes to comedy, thanks in no small part to Felonious Gru's lovable army of Minions and their various antics, but what I find truly impressive (and amusing) is how it still manages to slide in life lessons when the protagonist is fundamentally supposed to be a bad guy.

However, there's no time for long-winded introspection today, as Bob, Kevin, and Stuart are once again caught up in their (new) master's nefarious schemes in Minions: The Rise of Gru.

Loaded with a mountain of laughs, pet rocks and unnecessarily loud banana-related exclamations, Gru and Co.'s latest adventure starts off with the pint-sized super-villain applying to fill a vacancy in the Vicious Six, a notorious team of baddies with plans for world domination. However, as fate would have it, said interview quickly goes belly-up, and Gru ends up fleeing the scene with a valuable treasure...and the Vicious Six on his tail. From there, things only get worse for the aspiring super-villain, mostly due to the "assistance" of his yellow overalls-wearing subordinates, but just as he's about to give up, life drops him a bone in the form of Wild Knuckles, his idol and the former leader of the Vicious Six.

Frankly, I'm quite aware of how awkward it is to be writing a review for a kids' movie. In this genre, criticisms about the character development and plot usually matter about as much as a straight banana, but like many other things, the emphasis is on the word "usually". Apparently, despite being an "origin story" of sorts for Gru, the show doesn't actually tell you how he got to where he is in Despicable Me.

While there is definitely no shortage of comedy like what you might expect from a Minions film, the plot is quite feeble in and of itself. Surface-level antagonists coupled with what is probably one of the most underwhelming boss fights I've seen (even for a kids' movie) means that TROG is only holding on by the sheer entertainment value afforded to it by the Minions, though that single factor cannot be understated.

For what it's worth, TROG does carry on the franchise tradition of being simple but absurdly innovative with its humour, like (spoiler!) having Kevin and Bob (somewhat successfully) fly a plane or seeing Otto cycle halfway across the country on a child's tricycle. There's even a short arc starring Michelle Yeoh as the kungfu-trained acupuncturist Master Chow, which is probably one of my favourite parts of the show. As a matter of fact, I really think her character deserves more screen time than what she got.

As for its antagonists, more specifically the Vicious Six, despite the group supposedly aiming to take over the world using the power of the treasure Gru ends up stealing, there is a very distinct lack of "nefariousness" about them. Part of this is honestly due to the film's short runtime of 90 minutes, which doesn't provide much leeway for the writers to flesh out the group, but it's what they did (or rather, didn't do) with their allotted screen time that really stops them from being a memorable part of Gru's history.

Most of their scenes, barring their introductions at the start and during Gru's job interview simply involves them running from one place to the other in search of him. They come into a scene every fifteen minutes or so, trash a house, and then disappear for another quarter of an hour. Even the big melee at the end fizzles out into nothingness before it even really begins, and at this point, I think there should be standards for how lame a film villain is legally allowed to be.

But in spite of its under-explored cast and some really "patchy", fill-in-the-blanks writing at times, those are just complaints from the "adult" part of my brain which, quite frankly, you don't need for this. With that in mind, you shouldn't go into this one looking for that "one missing piece" in Gru's story, because quite simply, you won't find much of value. However, should you choose to embrace absurdity for 90 minutes and take what it gives you point-blank, like most of the audiences the film was actually intended for, you'll probably end up laughing with your kids.

So, in other words, the more you attempt to judge the film for its logic (or lack thereof), the sillier you'll end up feeling. Just, you know, have fun and enjoy the ride. 7/10.