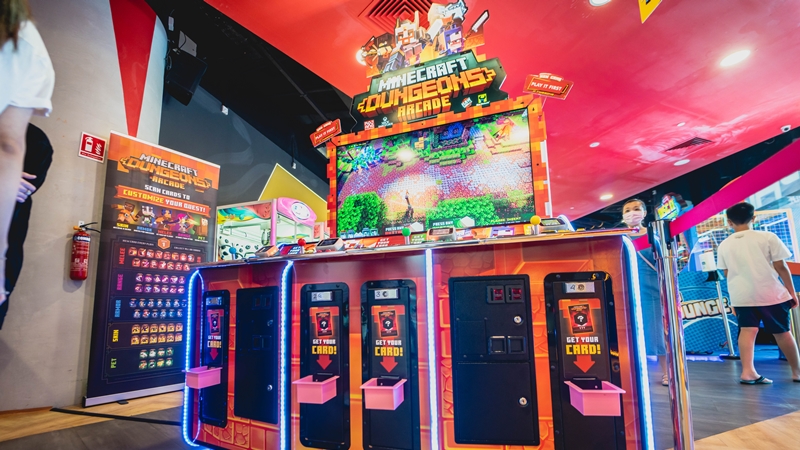 Whether you're hunting for diamonds in a dark subterranean cave, collaborating on a fancy mansion in Creative mode, or taking down the Ender Dragon with the bros, it's safe to say that Minecraft's fun factor usually increases the more players there are in the game. Naturally, it goes without saying that this same rule applies to Mojang's pet project dungeon crawler Minecraft Dungeons, and by extension, its brand-new arcade counterpart too!

Last week, I attended a short preview session for Minecraft Dungeons Arcade at Timezone VivoCity, which is the game's first (and only) home here in Southeast Asia. For those who missed the memo, the game is functionally similar to the one on the Xbox Game Pass, albeit with a few mechanical differences to accommodate the arcade setting.

The largest difference, apart from the fact that you're now playing it in the arcade (duh) is that weapons and equipment aren't picked up as drops or purchased in-game. Rather, players will make use of a collectible card system not unlike the one for Animal Kaiser and MushiKing to equip gear. There are currently five categories of cards, namely Skin, Melee, Range, Armour and Pet - which you can scan to acquire their respective items in-game. Additionally, each of the 60 available cards features one of three rarities - Common, Unique and Rare, as well as foiled (shiny) and non-foiled variants. 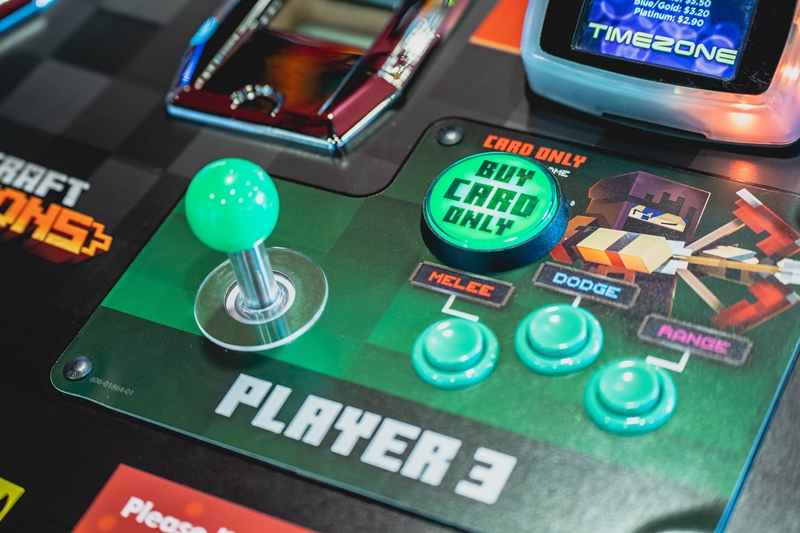 Anyway, for S$3.50 a pop, you and up to 3 buddies can hop into one of nine different levels, which will have you battling mobs and hunting for emeralds until you meet the boss...or your end, whichever comes first. It's pretty fun even with two players, which we recommend as the minimum - of course, you're perfectly welcome to play solo if you like, though it probably won't be as fun. However, what sets it apart from your usual card-scanning games is that you can switch out your equipment whenever you like to accommodate different bosses and threats. With such a system, your adaptability increases exponentially depending on the number of different cards you have, and you can even share cards so that everyone can "do some real damage".

Surprisingly, the game isn't as easy as you might think - timing and positioning are especially crucial here, just like in most other dungeon crawlers, and it's easy to get overwhelmed by the mobs if you're not careful. Also, your weapons and pets won't be active all the time - you'll have to fill up a meter for each of them by defeating mobs, and once the meter is full, you'll only be able to use them for a limited amount of time. Otherwise, you'll have to make do with your trusty sword, bow and a few impeccably-timed dodges to make it through the levels. 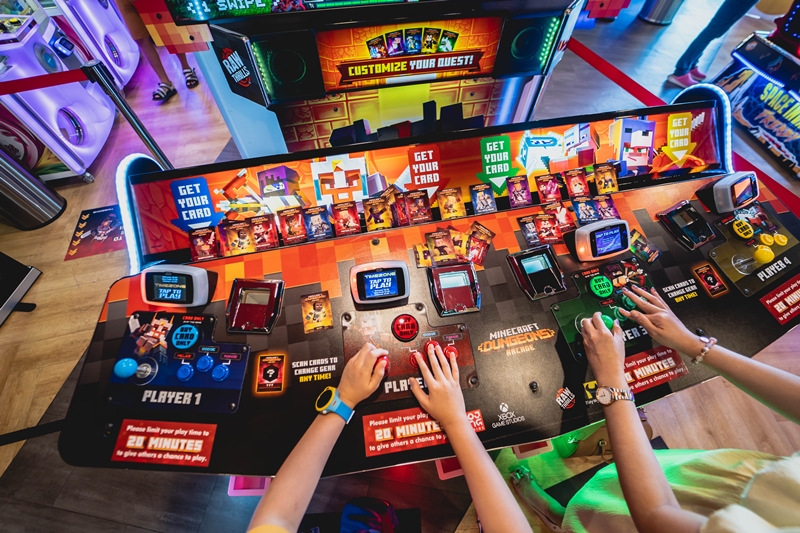 So, what did I think about it? For starters, we didn't expect the game to hook us as much as it did. As mentioned earlier, the game is pretty intense even with just two players, simply because the mobs don't go down in one hit. As with many other multiplayer games, the health and quantity of mobs will scale according to the number of players, and having extra pairs of hands on board really pays dividends here. We particularly enjoyed using the nimble Spider Armour with the Stormlander hammer, which causes lightning bolts to radiate out from the point of impact to damage enemies. And of course, our ever-adorable Llama pet really put in a good amount of work too!

My point is: don't sleep on this just because it looks like a "kids' game". After all, Pokemon falls into this same category and yet millions of adults across the globe still play it every day. Speaking of kids, it's also a great way for parents to connect with their young ones and spend some quality time together - the latter will probably appreciate the chance to go out after being cooped up at home due to the "partial lockdown". As a matter of fact, we honestly wouldn't be surprised if the adults end up just as hooked as the kids are, if not more so!