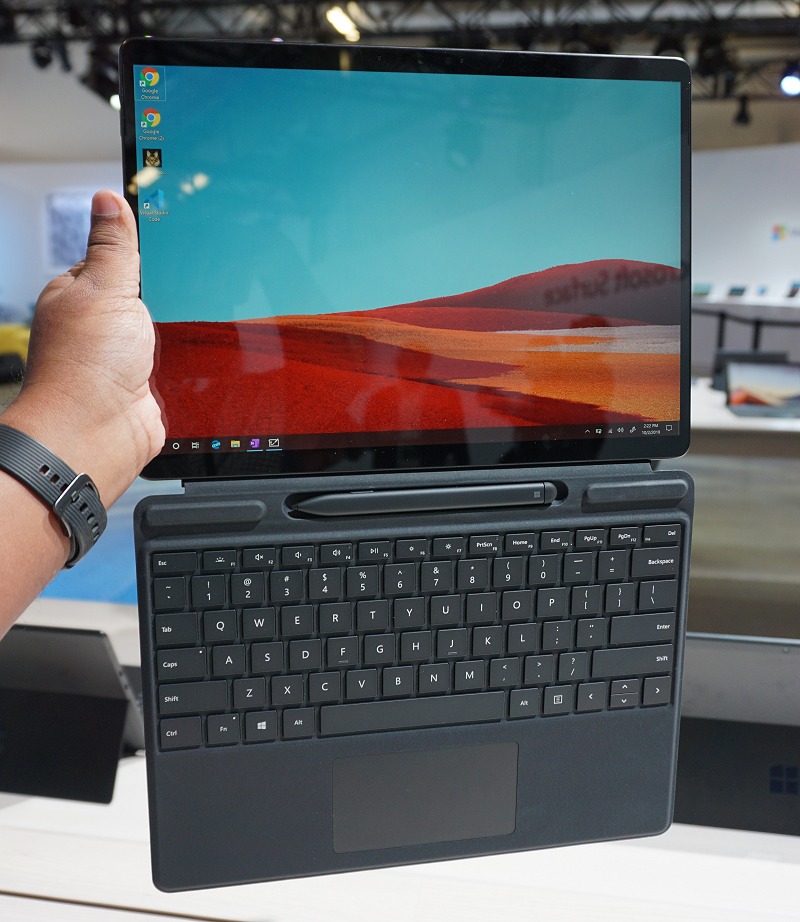 The sassiest Surface Pro ever

Microsoft’s Surface hardware launch yesterday saw an impressive range of devices launched that caters to a variety of modern work needs – two of which are still in the showcase stage (Surface Neo and Surface Duo) as they are engineering showcases to get developers onboard to take advantage of the new dual-screen devices along with Windows 10X.

Since those are still a year away before consumers can purchase one, without a doubt, the most controversial and arguably the sexiest device that you can get your hands on soon is the Surface Pro X.

We’re quite fond of this new addition to the Surface family as it brings Microsoft’s vision for the Surface much closer to perfection than ever before. In their own words, this is a product that’s nearly nine years in the making. Of course, the tech-heads will remember that the first incarnation, the Surface RT, was released in 2012, so the extra years added signals the development time since the vision of the Surface and Windows 8 (their first OS designed for touchscreen devices) was penned down.

Here's what we found from handling the Surface Pro X briefly at the launch event. 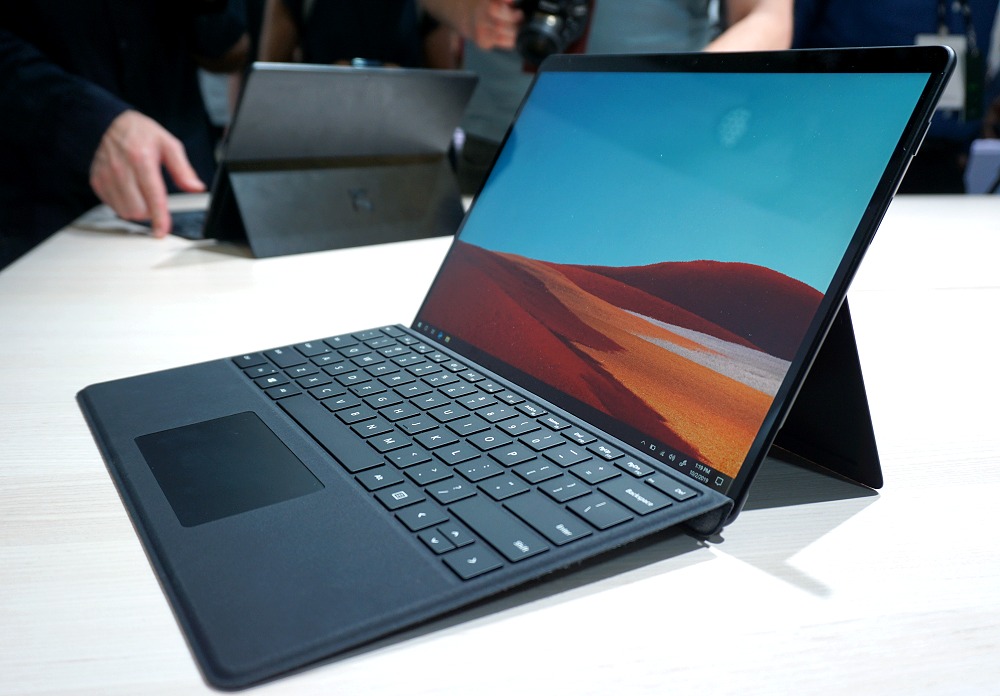 The most noticeable design change is its much slimmer bezels – this is one aspect that has seen little change from Surface Pro 3 all the way till even the Surface Pro 7. The Surface Pro X preservers the same footprint as Surface Pro devices, but the newer bezel design allows the Pro X to cram a 13-inch 3:2 aspect ratio PixelSense display of the same 267ppi pixel density as the 12.3-inch PixelSense display used on the Surface Pro 6. That means the Pro X has a slightly higher screen resolution of 2,880 x 1,920 pixels instead of the 2,736 x 1,824 pixels on the current Surface Pro devices. So not only does it have smaller bezels, it offers more screen and maintains the same pixel density too. While Microsoft says this is an edge-to-edge PixelSense display, its bezels aren’t as thin as a Dell XPS notebook to warrant that marketing, but it’s still a significant departure for Microsoft. 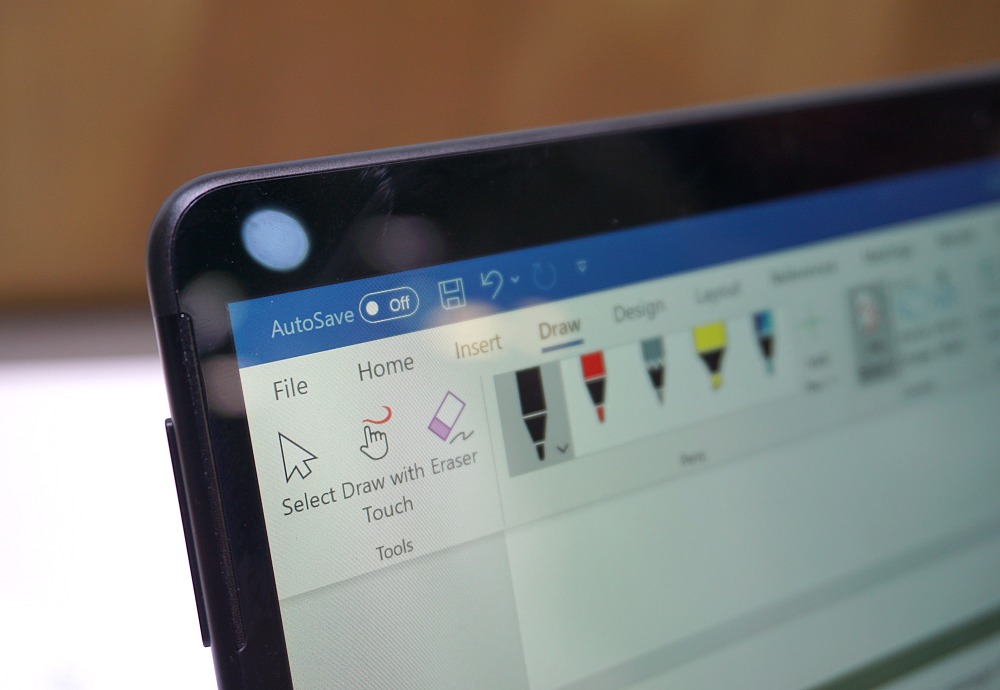 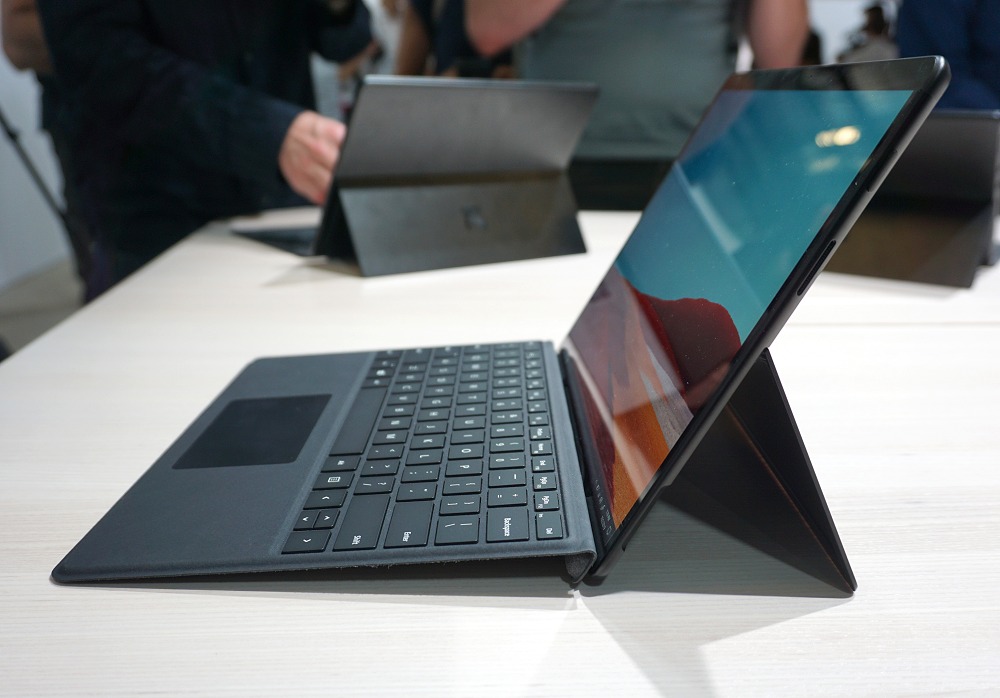 In an unexpected move, Microsoft is also making the Surface Pro X more serviceable with the ability to easily change the built-in storage capacity.

For ports and connectivity, the new Surface Pro X offers dual USB Type-C connectors on its left profile, and yes, you can charge the device via USB Type-C. The right profile still sports the Surface Connect port and Microsoft will still be supplying its 65W charger that will utilize this port to charge the Surface Pro X. If you have your own power adapter that is USB Type-C compatible and can deliver enough charging power, you can use the Type-C port to juice up the Surface Pro X and carry one less power brick. 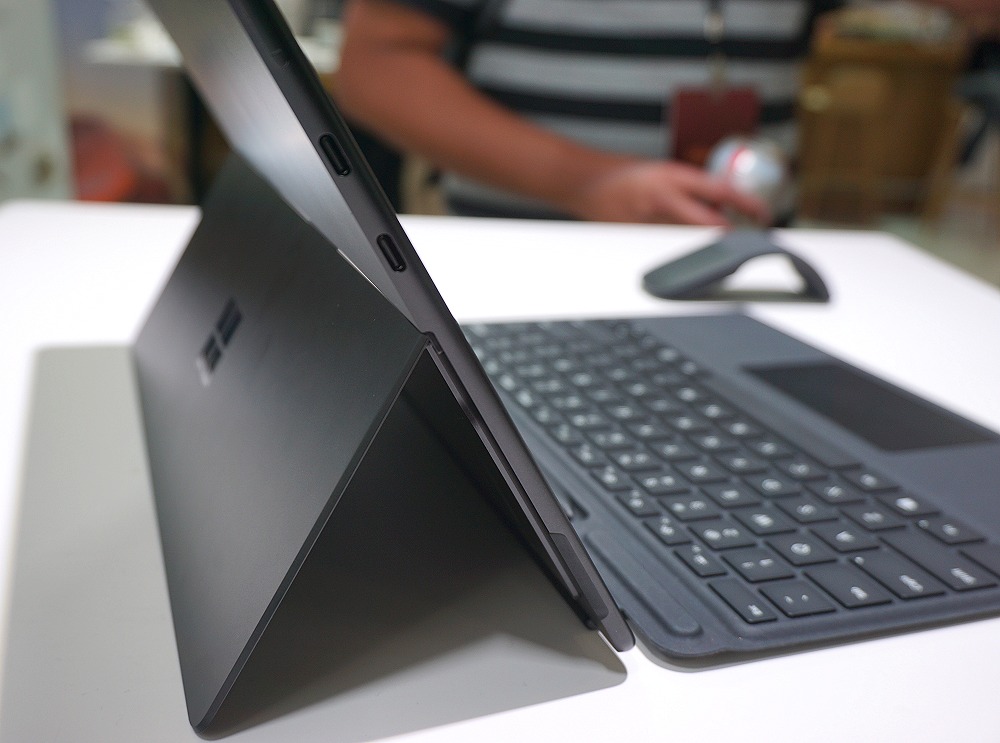 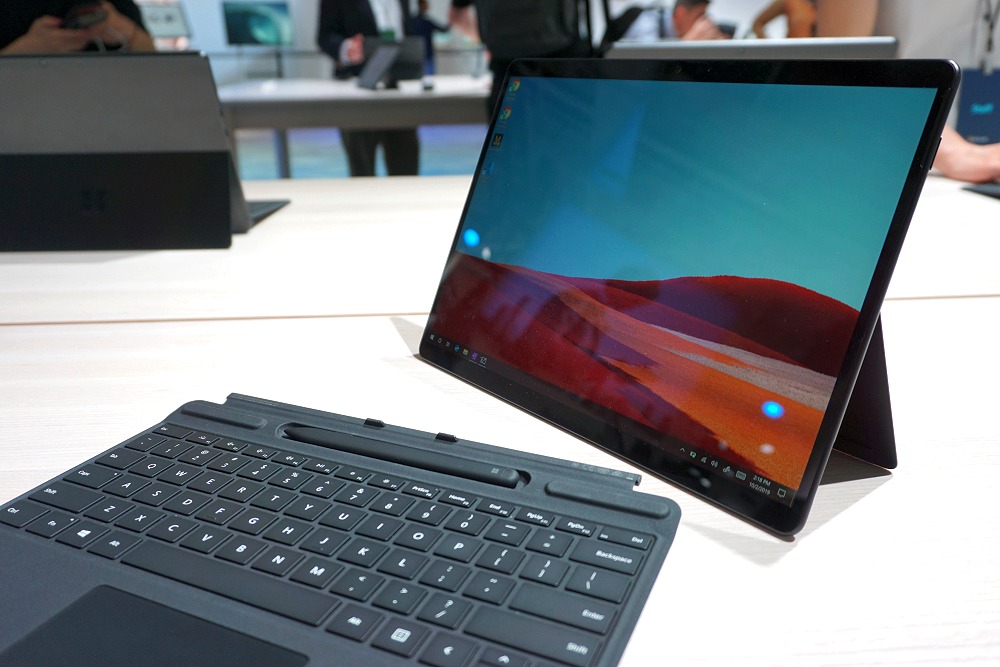 The Surface Pro X redesigned not only its main body, but also its optional click-in companion. The familiar Surface Type Cover has undergone so many changes that it’s now renamed as the Surface Pro X Signature keyboard. It’s got a newly engineered spine which now has space to accommodate a pen holder receptacle! 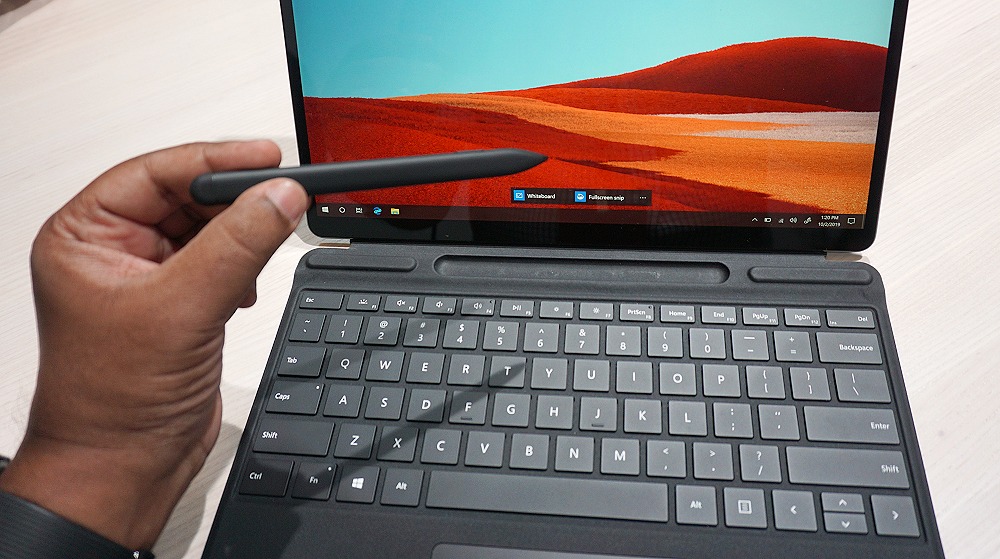 Not only just to hold the pen, but the new Signature keyboard's spine now accommodates charging coils and magnets to re-charge the pen directly.  Much engineering has gone into the new keyboard, but the pen too has been revolutionised and is now slim enough that it can fit within the keyboard cover. With the new optional Microsoft Slim Pen, you no longer have to worry misplacing your pen or rummaging through your bag for a loose pen. If you’re having thoughts of replacing your existing  Surface Type Covers with the Surface Pro X Signature keyboard, take note that the new keyboard isn’t compatible with Surface Pro products due to its new backbone.

Both the Slim Pen and the Surface Pro X Signature keyboard have also been cleverly engineered such that the magnets will repel and force the Slim Pen to flip the right side up so that you will always see its charging status – even if you place it with the bottom side facing up!

You might think that the slimmed-down Surface Pen might compromise the Slim Pen’s usability, but in our quick trial, it was a real joy. With 4,096 levels of pressure sensing, tilt sensing, excellent latency and has a rated precision of 0.1mm – it is every bit as capable as a regular Surface Pen. Beyond specs, the rear tip of the Surface Pen doubles as an eraser, and it is meticulously designed to mimic the feedback of a real eraser on the back of a pencil. No words or videos can replicate our experience, but we had a great time with it:- 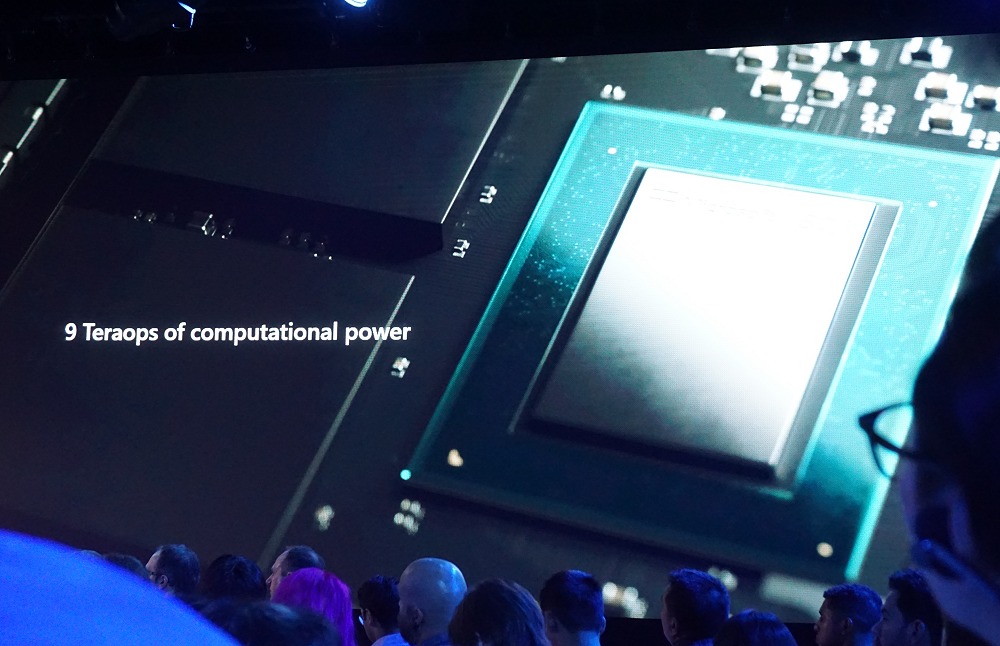 The Surface Pro X is designed to be an always-connected mobile device and will feature gigabit-class LTE connectivity. Microsoft also wanted it to be an always-on and always-ready system to match the instant responsiveness of a smartphone which has zero-downtime as it’s ready to use in an instant. To achieve this, Microsoft needed a processor that promised extremely high power efficiency, but yet have enough processing muscle to tackle all that’s expected of a regular Surface Pro, a high-level of integration and support a regular Windows operating system to maintain the synergy and usability across any Surface device. For this, Microsoft turned to Qualcomm, and they’ve together engineered the Microsoft SQ1 that powers the new Surface Pro X. 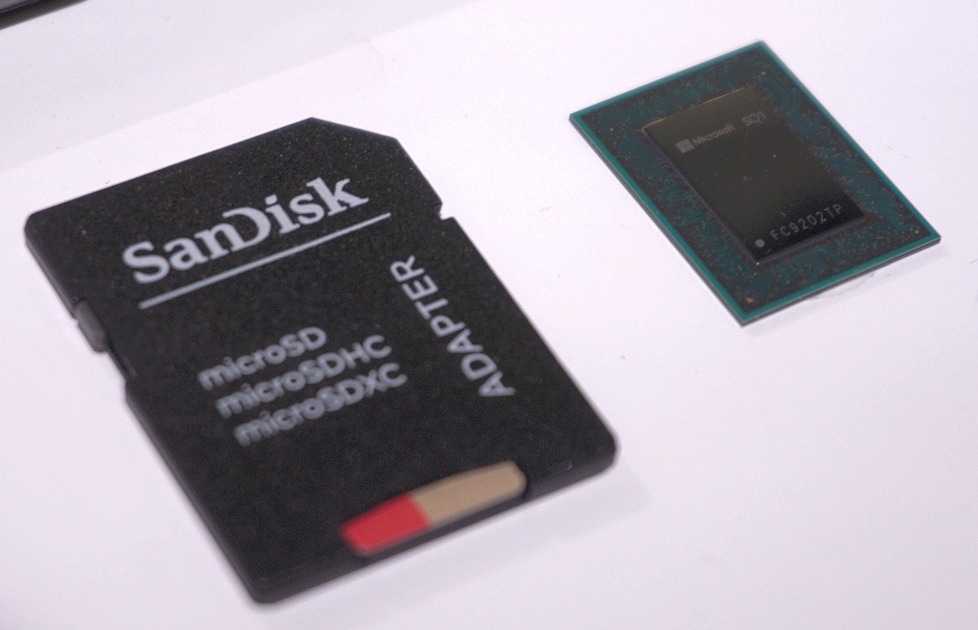 It’s a custom-designed chip with roots and capabilities mimicking that of the Qualcomm Snapdragon 8cx compute platform that could go toe-to-toe with Intel Core i5 class processors. While it’s an ARM-based processor, it’s powerful enough to run x86 application under emulation without any discernible penalty as we’ve found out from using reference platforms utilising the Snapdragon 8cx. 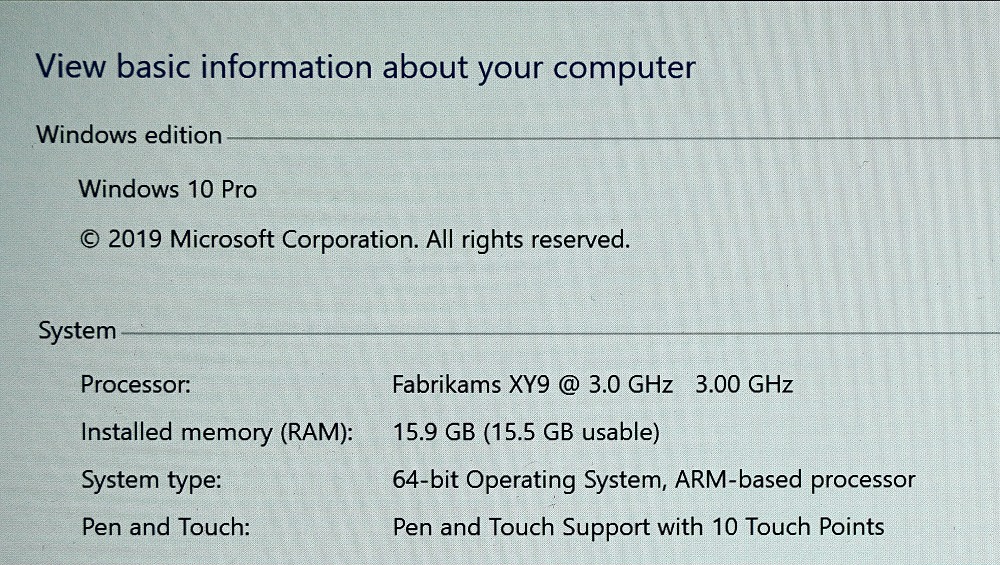 Microsoft doesn’t explicitly state it’s using the Qualcomm 8cx as it’s derived based off it. For example, the Microsoft SQ1 is an 8-core processor (like the 8cx) with an Adreno 685 GPU (the 8cx uses the Adreno 680), embedded with a Qualcomm Snapdragon X24 LTE modem (same as the 8cx, allowing up to 2Gbps downlink speeds). Lastly, the specs sheet of the Surface Pro X states that it will come with either Windows 10 Home or Windows 10 Pro, the latter of which is for commercial systems and the Qualcomm Snapdragon 8cx is already a Windows 10 enterprise ready processor that makes management, deployment and maintenance an easier task for IT managers. For all intents and purposes, the Microsoft SQ1 is an updated Snapdragon 8cx that’s better specced for Microsoft’s needs.

Here's a fun exploded view of all the internal parts that go into making the Surface Pro X:- 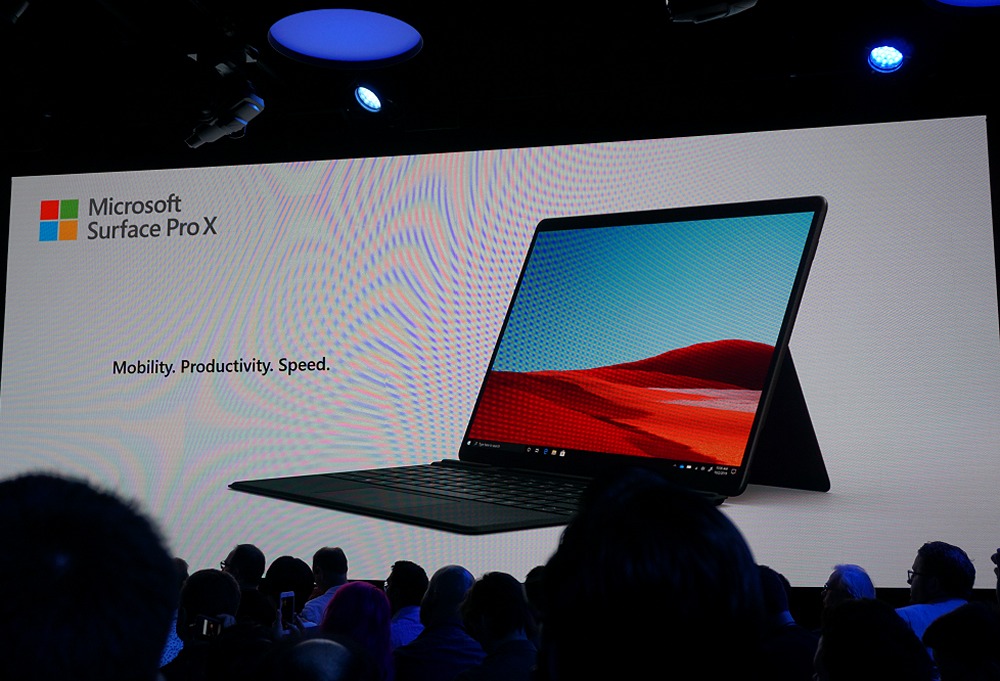 Yes, it doesn’t come cheap, and the only colour option is black. Don’t forget to also factor an additional US$149 for a two-year complete warranty coverage, inclusive of accidental damage coverage – you’ll never know when this might come in handy.

Local pricing and availability are not made known at the point of publication. We'll update the story as soon as we get wind of any local updates. 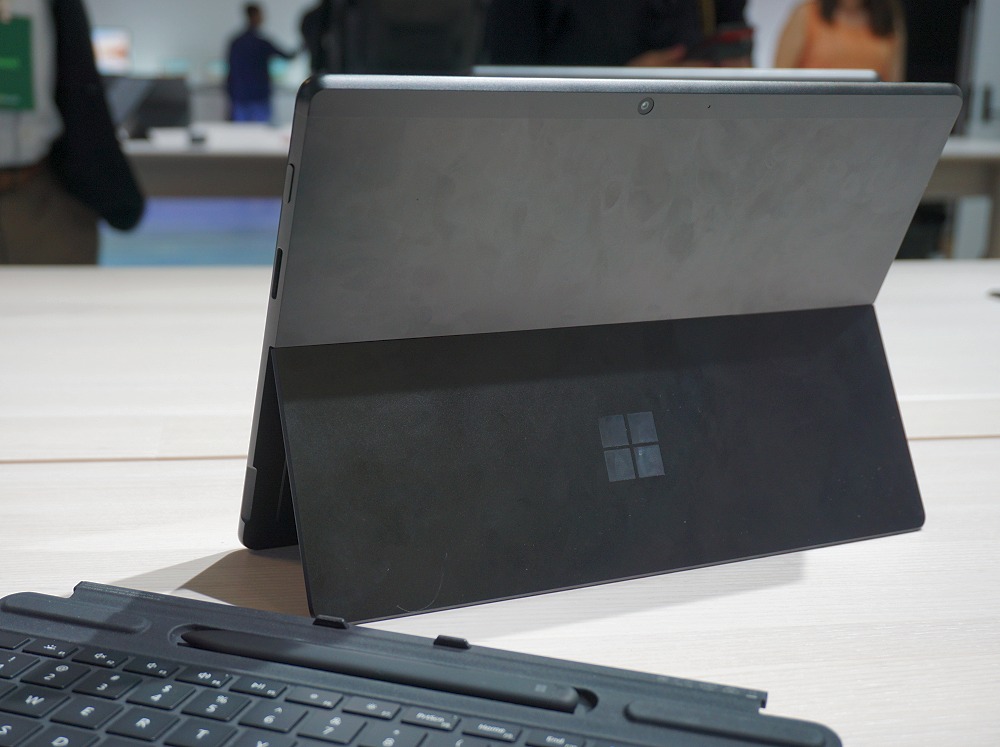