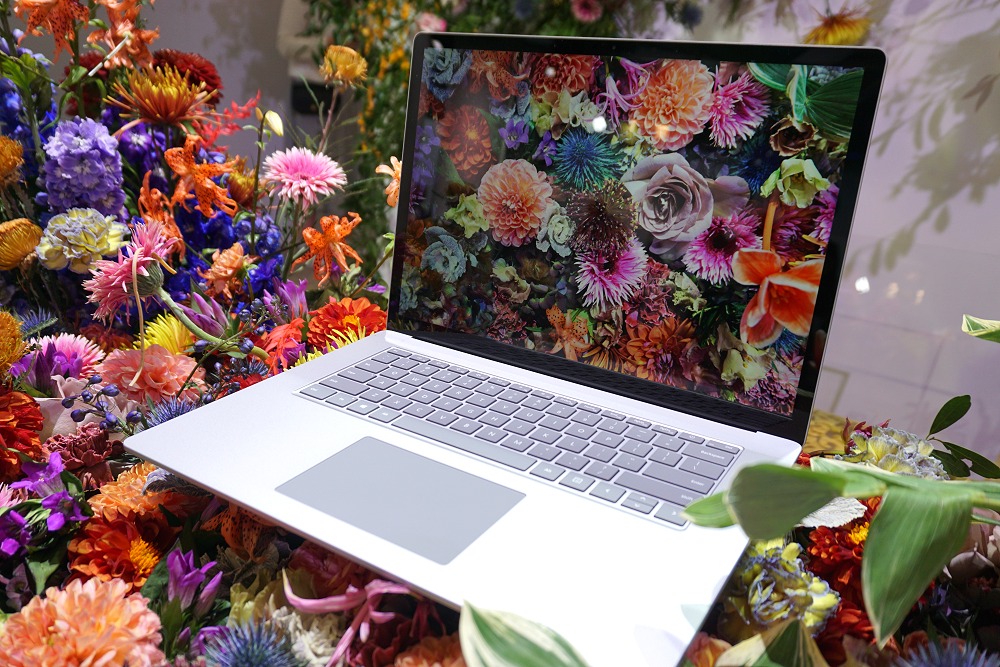 Improving upon an already good looker

Among the first to be mentioned as part of a slew of new Surface hardware updates, the humble-looking Surface Laptop 3 can be summed up as a notebook with great attention to minor details, updated hardware and more colour and finish options. Also, a new 15-inch variant is joining the ranks.

Even the first Surface Laptop charmed us with its simple, elegant design (although it does remind us of another laptop), so it’s a tall order to improve upon something that already is an excellent package. And yet, there are essential details you’ll want to know. So sit tight as we walk you through them. 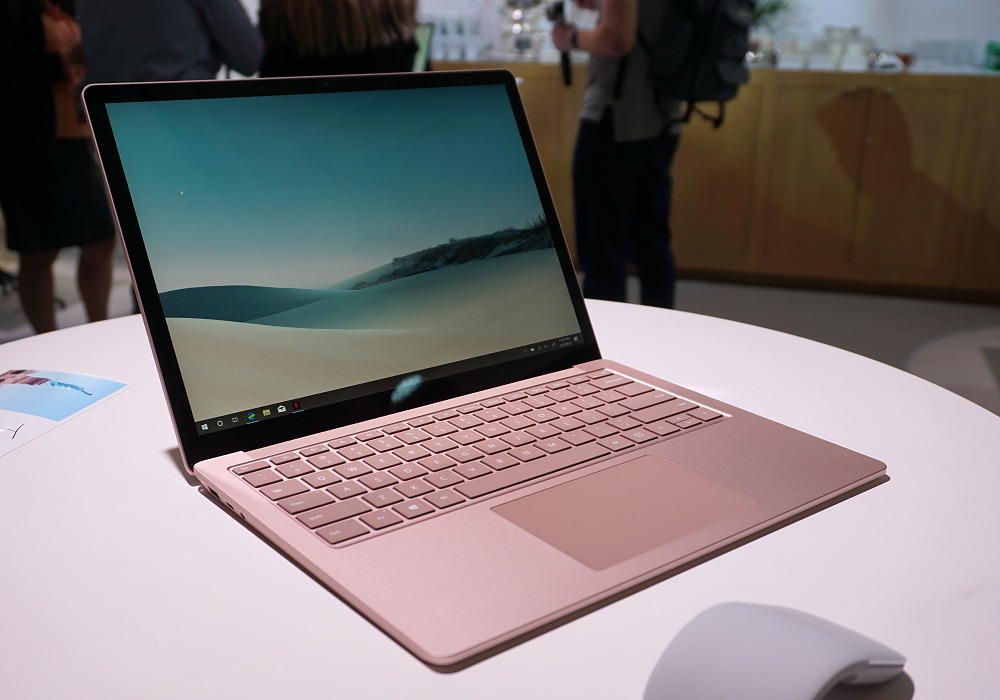 First off, new colourways and finish. Previously, the Surface Laptop was only available with the soft Alcantara finish on the inner surface. This time, Surface Laptop 3 is offered in the following colours/finish:- 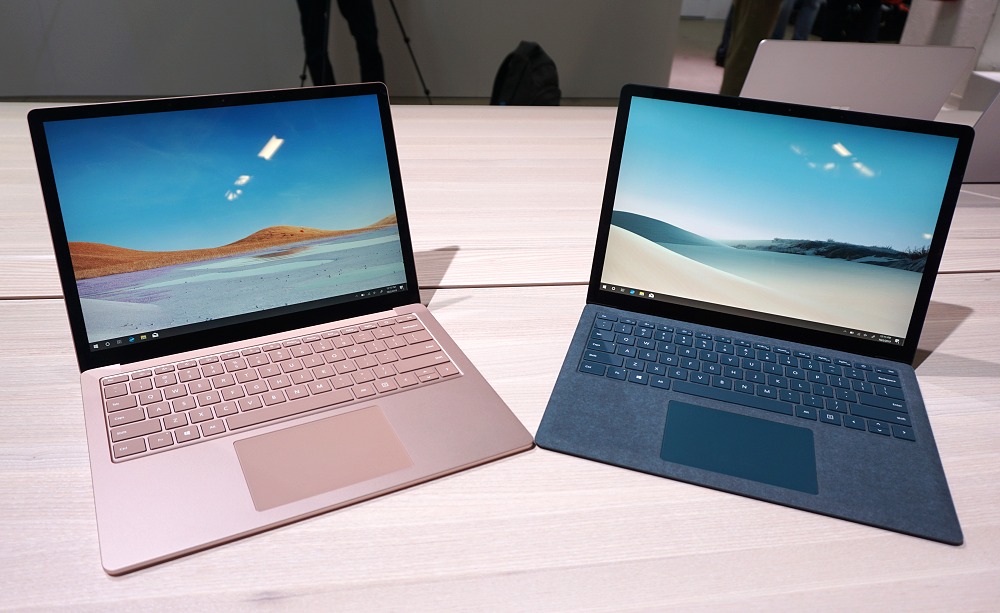 It’s not exactly a game-changer, but it’s nice to know there are two different finishes and two distinct colourways for each version chosen. For both finishes, Microsoft engineers have given extra thought to make them more durable and stand up better to the rigours of use. The all-aluminium finish has an improved anodization process to preserve and bring out the colour better. This is probably best felt when viewing the brilliant sandstone colourway. 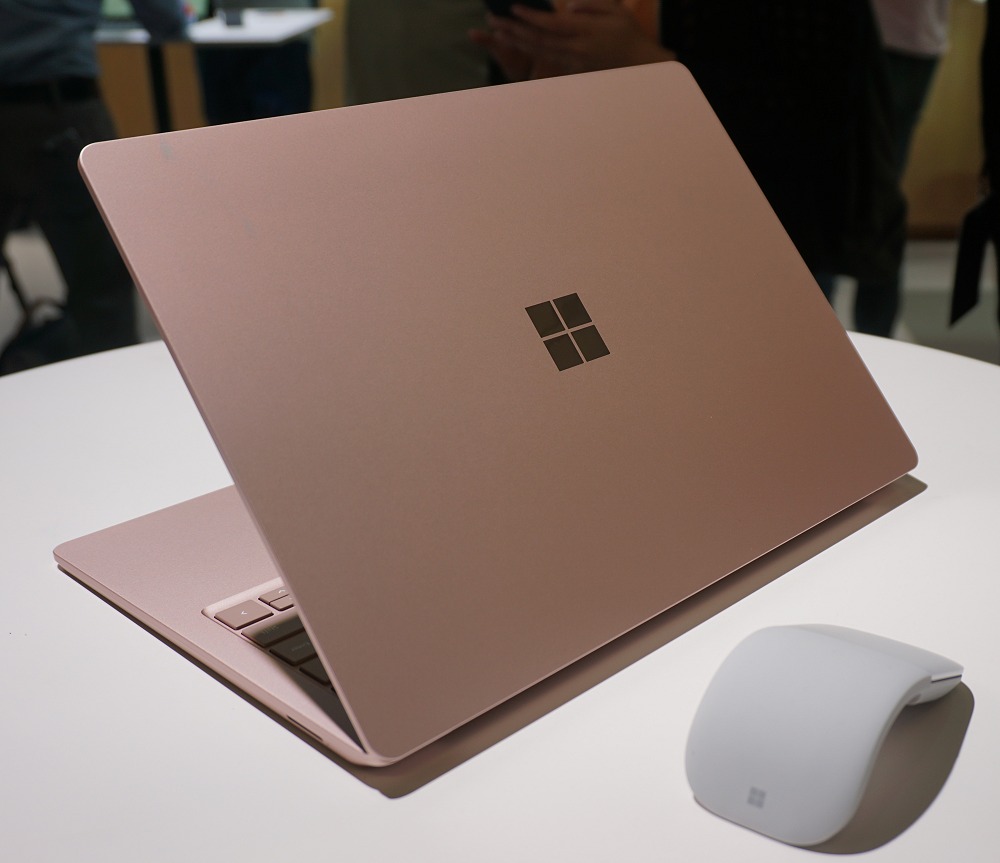 Even the Alcantara finish has been given an improved strain resistant coating and uses deeper colour dyes. We all know the complaints of Alcantara material used when it was first incorporated a few years ago, leaving stains, especially around the palm rest area over prolonged use. The updated coating and dyes used on the Surface Laptop 3 aim to improve upon these concerns. Only time will tell if it works in their favour. If you’re still concerned, well, at least you have got the all-aluminium finish to consider now and they look smart. 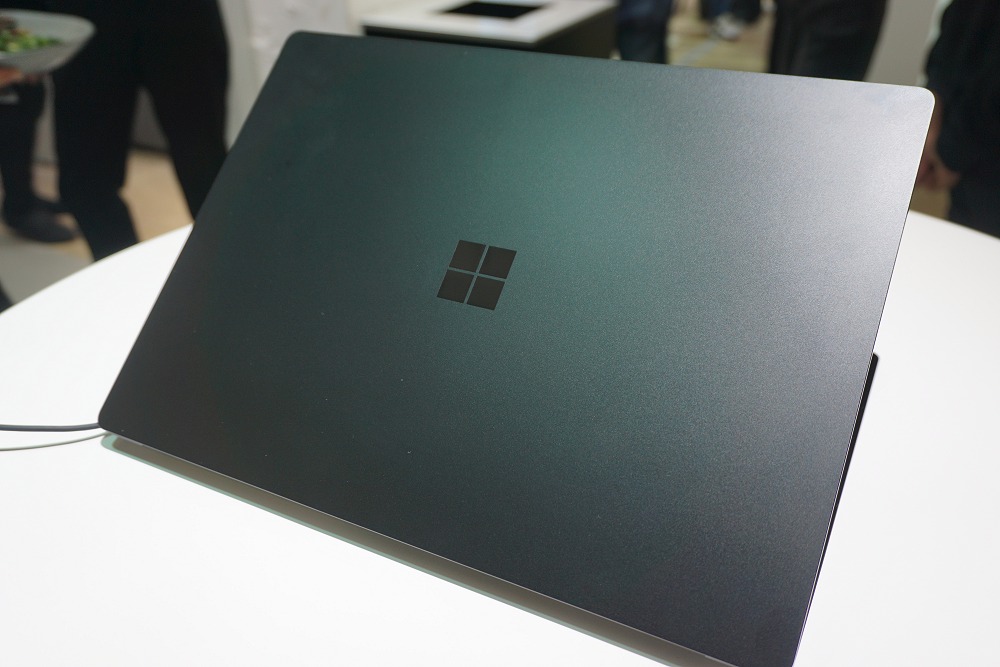 Interestingly, the all-aluminium finish weighs slightly heavier at 1.31kg while the Alcantara inner finish results in an overall notebook weight of 1.25kg. This may not necessarily be the first consideration to choose a preferred finish, but nonetheless interesting to note if you need stats to weigh your options. 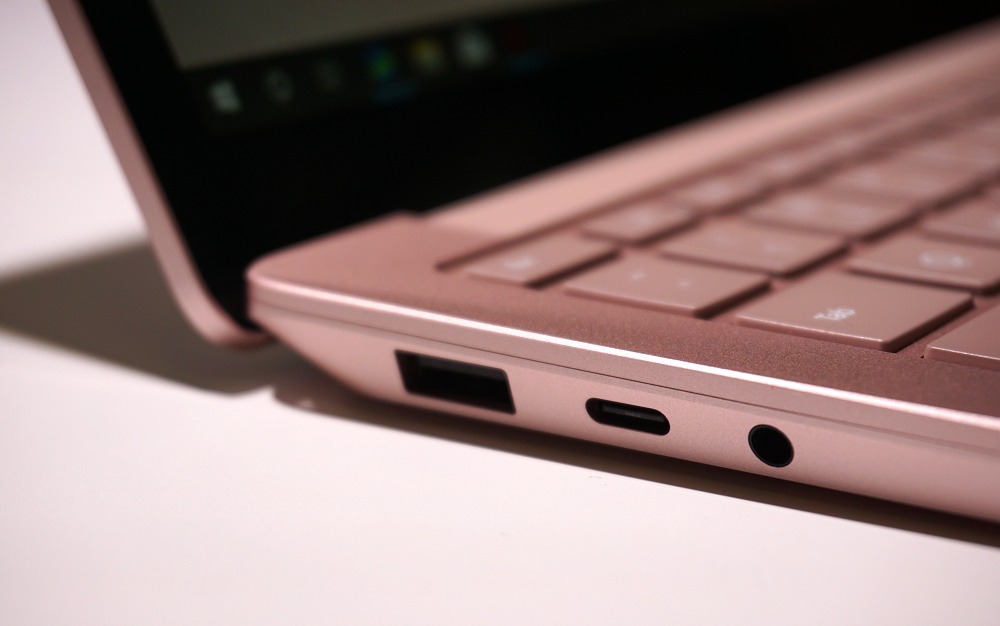 Port options have been updated to include a USB Type-C, a USB 3.0 Type-A, 3.5mm headphone jack and the Surface Connect as Microsoft’s default power adapter and accessory break-out box option. However, with a Type-C port, you now have massive flexibility with a plethora of third-party converters, USB docks and more, leaving the Surface Connect for charging the laptop. What’s more, if you have a USB Type-C power adapter capable enough to charge the notebook, you can further simplify what you pack when travelling overseas. Speaking of charging, the Surface Laptop 3 now supports fast charging – rated to charge up 80% battery capacity in under an hour. 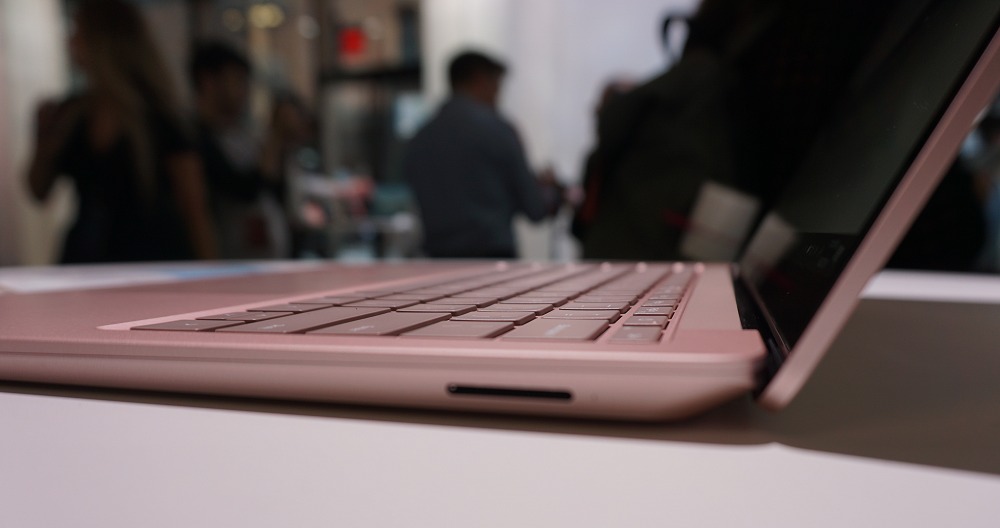 Even the keyboard and trackpad received a minor bump; a 20% larger trackpad improves navigation needs and with 1.3mm key travel and better pitch for a more enjoyable typing session. It’s not easy to discern the changes, but at least the trackpad is a visible change when compared to an older Surface Laptop.

What's underneath the shiny aluminum chasis? Here's an exploded view of all the Surface Laptop 3's innards:-

Inside the system, Intel’s quad-core 10th Gen Ice Lake processors power the 13.5-inch Surface Laptop 3 and they are accompanied by Intel Iris Plus graphics for much-needed processing and graphics crunching prowess to tackle light online MOBA games and similar genres. Like the Surface Pro X, this Surface Laptop 3 is also designed with easy hard drive maintenance access – be it for data retention in your organisation or to aid simple drive upgrade needs. 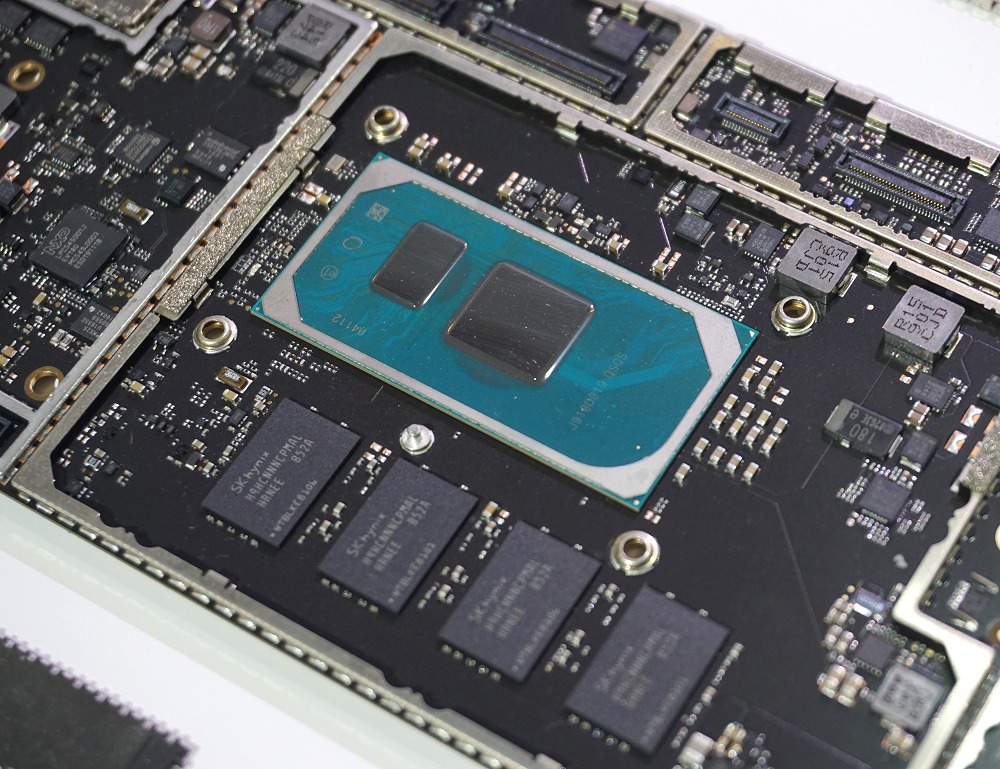 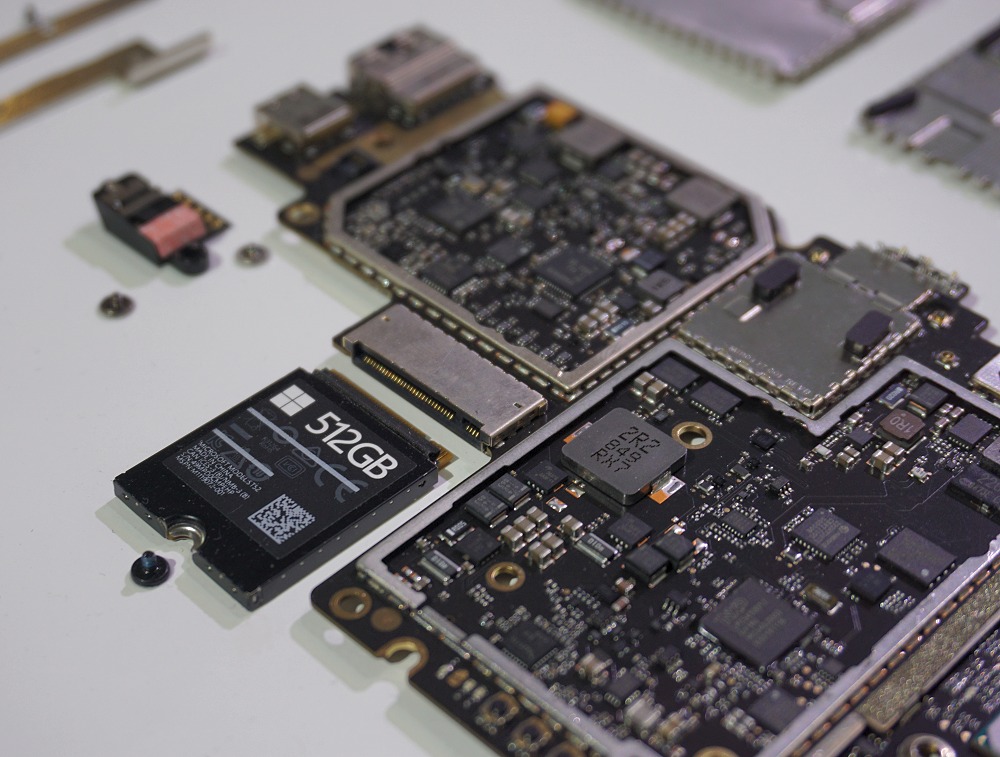 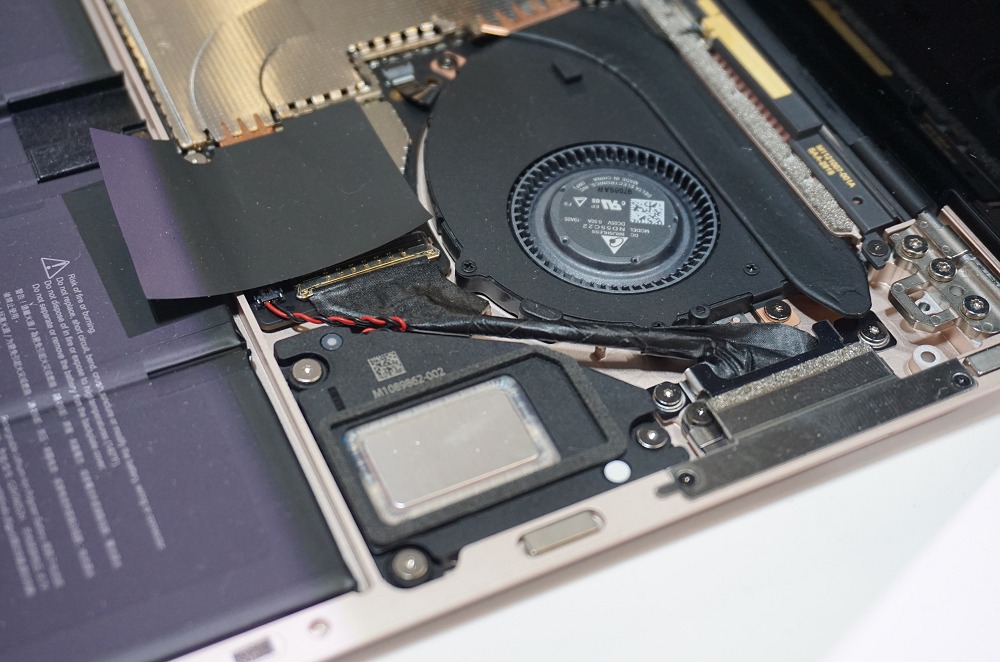 A new 15-inch option with AMD Ryzen inside 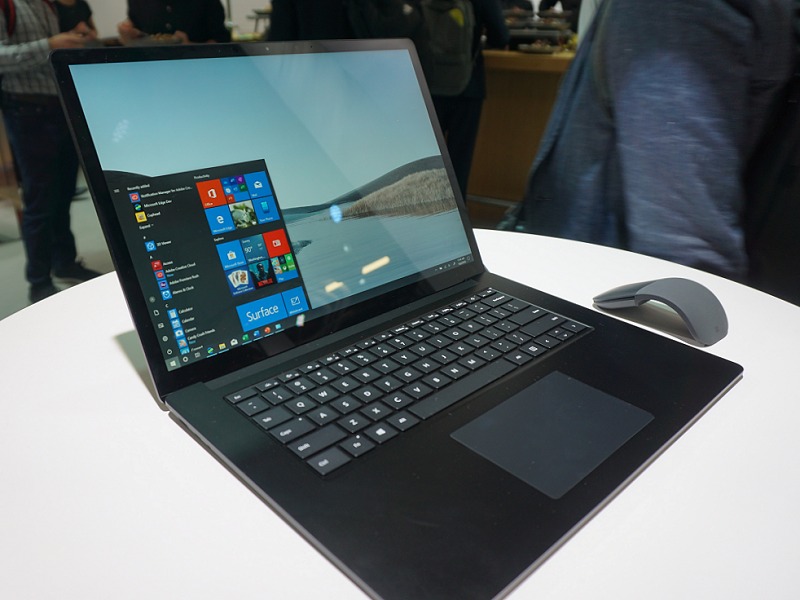 To shake things up further, Microsoft teamed up with AMD to crank out a customised Ryzen processor dubbed the AMD Ryzen Surface Edition that’s based on the Ryzen 3000-series mobile processors. These new 15W processors will exclusively power Microsoft’s new 15-inch Surface Laptop 3 for a new level of responsiveness and speed for 15-inch ultrabooks. Two process SKUs will be available, and they are as follows:-

Remember that we mentioned that these are customised Ryzen parts for Microsoft? As such, you’ll not find them listed as part of AMD’s existing lineup. However, we can quickly draw some common references to help you see where the Ryzen Surface Editions stands among AMD’s stack. The Ryzen 5 3580U is similar to AMD’s Ryzen 5 3500U as both are quad-core processors that can process up to eight threads in parallel, and have a base clock speed of 2.1GHz. Note the following system config snaps we shot off a 15-inch Surface Laptop 3:- 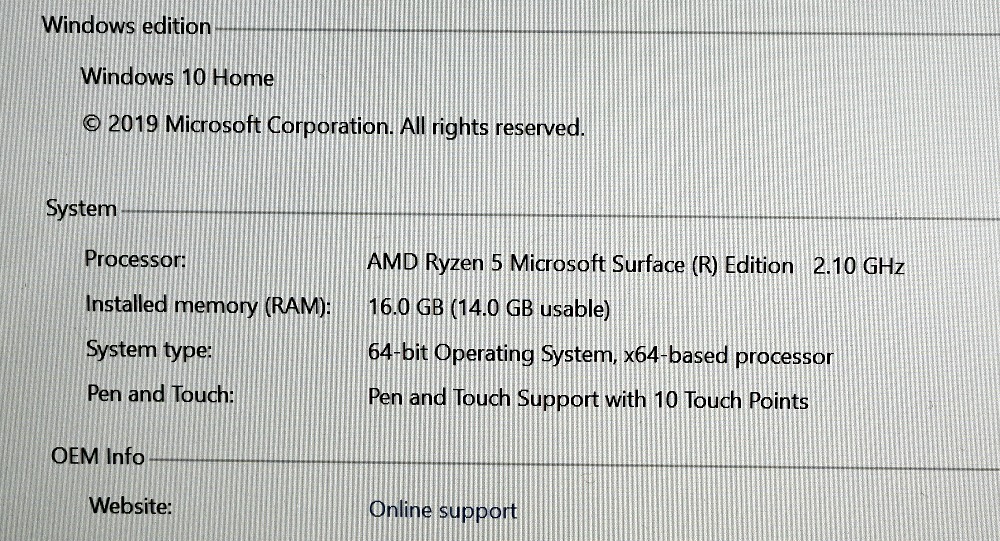 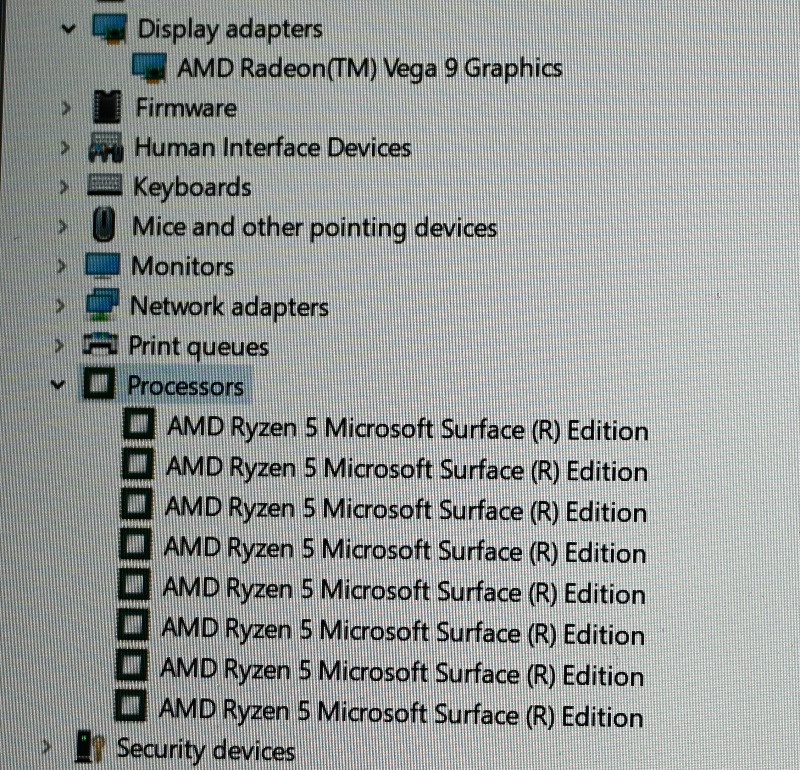 Do note that only the consumer models of the Surface Laptop 3 15-inch will offer AMD Ryzen Surface Edition processors. The commercial models for enterprise deployment will still offer Intel processors, but they are no slouch either. Featuring Intel 10th Gen Ice Lake processors with Iris Plus graphics, they probably can compete with the AMD Ryzen Surface Editions to some degree. Processor options confirmed for the commercial editions are as follows:-

Both models are part of the traditional “Y-series” mobile processors, and thus are 15W TDP parts as well. You can refer to our 10th Gen Ice Lake processor coverage over here for more details. In short, both the AMD and Intel versions seem promising, and while we may not get a chance to test the Intel edition of the Surface Laptop 3 15-inch (as it’s destined for business deployment), the all 13.5-inch models will be using these same Intel processor options. 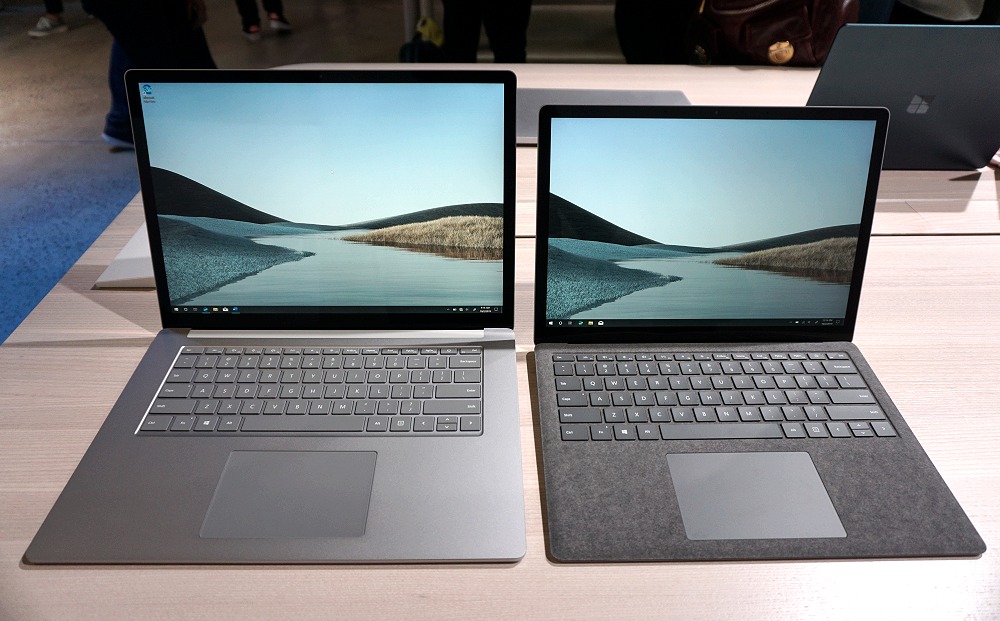 While the Surface Laptop 3 13.5-inch edition still sports the same PixelSense Touchscreen resolution of 2,256 x 1,504 pixels at a screen density of 201ppi, the newer 15-inch version also adopt a PixelSense Touchscreen with the same pixel density of 201ppi. This translates to a slightly higher resolution of 2,496 x 1,664 pixels, but because pixel density is the same, the end result is a sharp and vibrant screen for both screen sizes.

Weighing in at 1.54kg, it’s a respectable weight for its form factor and more-so when considering the solid build of the notebook. The Surface Laptop 3 is only available in an all-aluminium finish for Matte Black or Platinum (silver) colours. 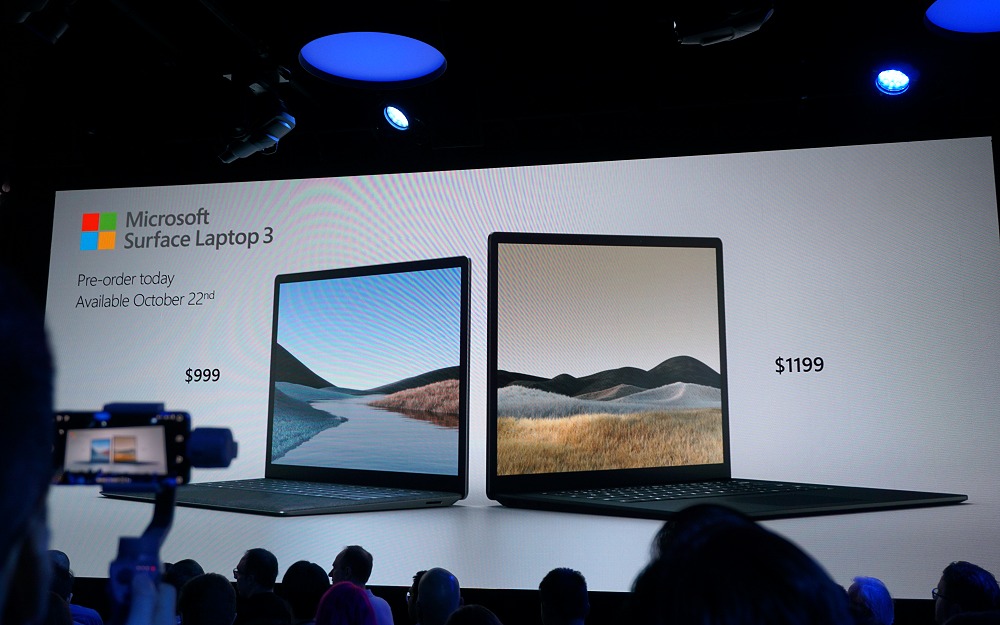 The Surface Laptop 3 is available for pre-order in the US now and will be in retail from 22nd October 2019. Prices start from as low as US$999 and go up all the way up to US$2799 for a fully kit-out model – before adding premium warranty protection, adding a Surface Pen and other accessories. Indeed, good looks and excellent build come with a premium price.

Local availability and pricing are not made known at the time of publishing. We'll update the story as soon as we get wind of localized updates. 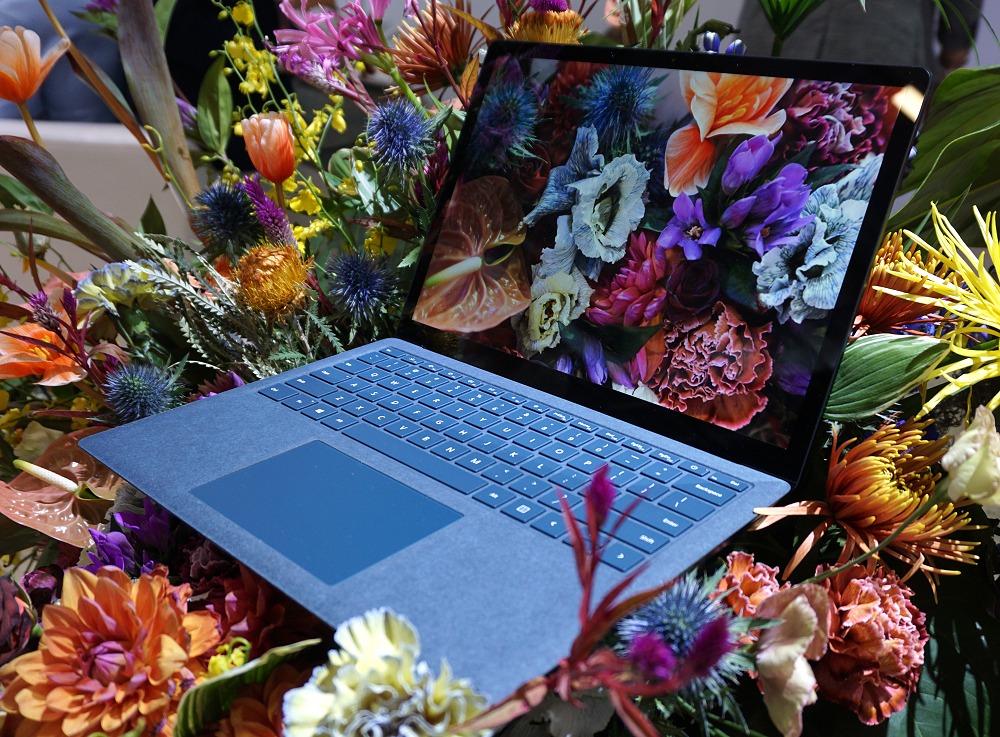