The Method behind the Mayhem: An interview with Gearbox's Paul Sage

The Method behind the Mayhem: An interview with Gearbox's Paul Sage Last Wednesday, we had the privilege of attending an exclusive media preview for Borderlands 3. And needless to say, we were really excited. Hosted by their Senior Manager of Marketing, Daniel Tan, us media members had a real blast discussing and giving the game demo a shot.

Of course, most of us could attest to the fact that the demo wasn’t the best part. It was actually the chance to speak with Borderlands 3’s Creative Director Paul Sage. Booting up a Skype call, here’s what we managed to dig up about the game.

Note: Interview has been edited for length and clarity.

1. Let’s take a look at the Vault Hunters. While the new team certainly looks awesome, fans will definitely want to know if there will be more arriving down the line. Will we be seeing more DLC Vault Hunters like in previous games?

Paul: I doubt it. You see, while Borderlands 2 and The Pre-Sequel had more characters, most of them were confined to rather rigid and predetermined playstyles, and while there wasn't anything wrong with that, it didn’t leave much room for players nor developers to be creative.

As such, the team really sat down to think this one out and we decided to just double down and make the base four Vault Hunters as dynamic as they could be. With that said, I don’t think we’ll be seeing any DLC Vault Hunters popping up.

2. From the trailers we’ve seen so far, the manufacturer quirks in Borderlands 3 seem to be more well-defined and unique than its predecessors. Which one did you think the team had the most fun developing?

Paul: Well, I can’t say the same for everyone, but in my opinion, Torgue’s quirk was one of the most challenging to conceptualise and yet one of the most interesting. As you know, Torgue features new “sticky” projectiles that pack the manufacturer’s trademark explosive qualities. Initially, everyone thought it was a bad idea, but we just decided to give it a go anyway.

Long story short, we all ended up giggling like kids as stuff went boom all over. So yeah, that was a really fun one. 3. Conceptually, what were some of the challenges that the team encountered when designing the various worlds?

Paul: Hmm…good question. From my perspective, I would say Promethea was our biggest hurdle. On Pandora, most of the locations are either bandit-infested wastelands or dictator-controlled, so having Promethea as an actual, civilised city was a challenging juxtaposition.

Essentially, it was this stark contrast between the franchise’s underlying theme of lawlessness and Promethea’s civilised appeal that made it really difficult to establish and create. 4. Our new foes in Borderlands 3 are the Calypso Twins, a pair of Vault-obsessed siblings that lead the Children of the Vault bandit clan. How will they differ from the previous games’ main antagonist, Handsome Jack?

Paul: To be honest, Handsome Jack was a really tough act to follow. I mean, he was already such a well-fleshed out character by the end of Borderlands 2, not to mention The Pre-Sequel, that it was almost impossible to create something that would live up to that, much less surpass it.

To that end, we had to make sure this instalment could work without Jack’s influence, while not taking away the sense of accomplishment from those who beat him in Borderlands 2.

Eventually, we settled on what you now know as the Calypso Twins, a pair of asinine, egomaniacal streamers – yes, you heard me. We wanted something everyone could actually relate to, and given the popularity of the streaming industry, I’m pretty sure we’ve all seen one of those before. Heh. 5. After the game releases, there are bound to be some balancing issues, either with certain bosses, builds and weapons. With that said, any thoughts on how the team will go about handling these?

Paul: That’s an interesting question. Ironically, what we decided as a team was that we didn’t want Borderlands 3 to be “balanced” to begin with.

The way we saw it was that if everything from bosses to builds were fair, then there wasn’t going to be anything “new” about a boss fight, nor would there be the satisfaction that comes from being ever so slightly overpowered.

Simply put, what we wanted to do with Borderlands 3 was to let everyone enjoy the game and have a good time, and you can’t do that if you guarantee that fights are always going to be fair for both parties.

6. Let’s talk gameplay. Will Borderlands 3 have a “New Game Plus”, or as it’s known in the community, a True Vault Hunter Mode (TVHM)?

Paul: Definitely. True Vault Hunter Mode will be returning in Borderlands 3, but with a slight difference from before. Instead of post-completion like in Borderlands 2, enemies will already be scaled to your character’s level when players start TVHM. Otherwise, the mechanics should be relatively similar to what's been done previously. 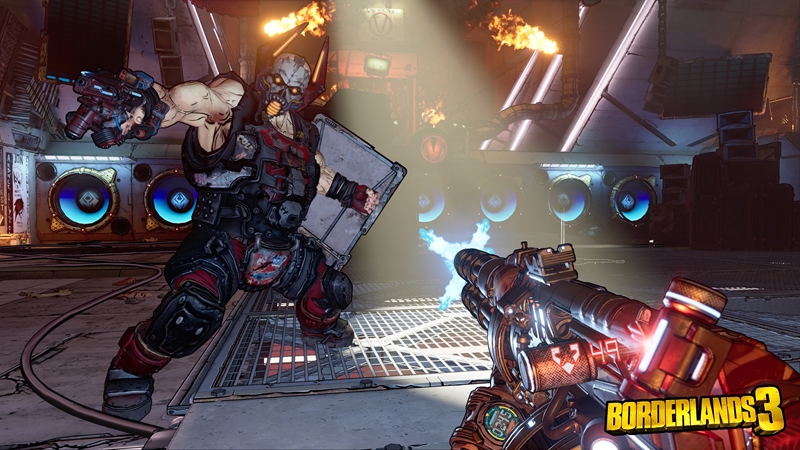 And that's a wrap!

Once again, we’d like to thank Paul for taking time out of his busy schedule to speak to us. We’ve learnt a lot about what Borderlands 3 has to offer, and it’s shaping up to be one of 2019’s hottest games! Why can’t September 13th come any sooner?