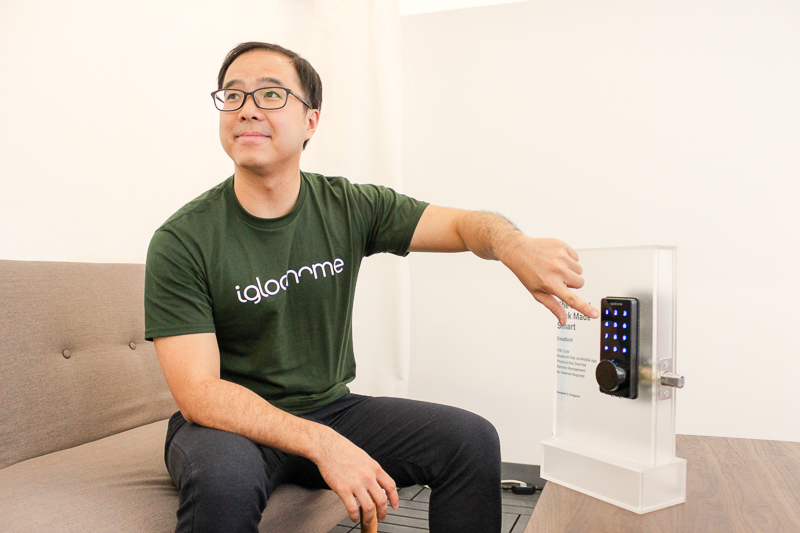 Updated: An earlier version of this article stated that the smartphone app can generate a PIN code while offline, which is incorrect.

I’m skeptical about the smart home. I can see its potential, but online security for Internet of Things devices is a hot mess, routers are notoriously insecure, smart TVs with insecure firmware are tracking you and IP cams are vulnerable to hacking. I’m even more cautious about the idea of entrusting your front door’s security to a smart lock.

That’s why the Singapore-designed Igloohome Deadbolt 02 caught my eye. The Deadbolt 02 is a smart lock that’s off the grid; it doesn’t need Wi-Fi to work.

Instead, the Deadbolt 02 syncs with a smartphone to generate a time-based secret key. Using this secret key, the smartphone can then create new PIN codes to open the Deadbolt 02, and neither the smartphone nor the smart lock needs to communicate with each other for these PINs to work. It’s similar to the technology that’s used in Google Authenticator and the security tokens issued by banks in Singapore.

Simply put, you can be elsewhere in the world and you can still generate a PIN code on your smartphone. All you need is to send the PIN number over, and your contact can use it to unlock the Deadbolt 02 back home. The algorithm underpinning Igloohome’s system is even smart enough to encode time-based access into the PIN codes. So, for example, you can create a new PIN that’s only good for one-time use, and through the sequence of numbers it creates, the PIN then informs the Deadbolt 02 that it only works once.

And if all these smart features should somehow fail, the Deadbolt 02 still comes with a good old keyhole, to unlock with an old-fashioned key.

Why make a smart lock that doesn’t need Wi-Fi? 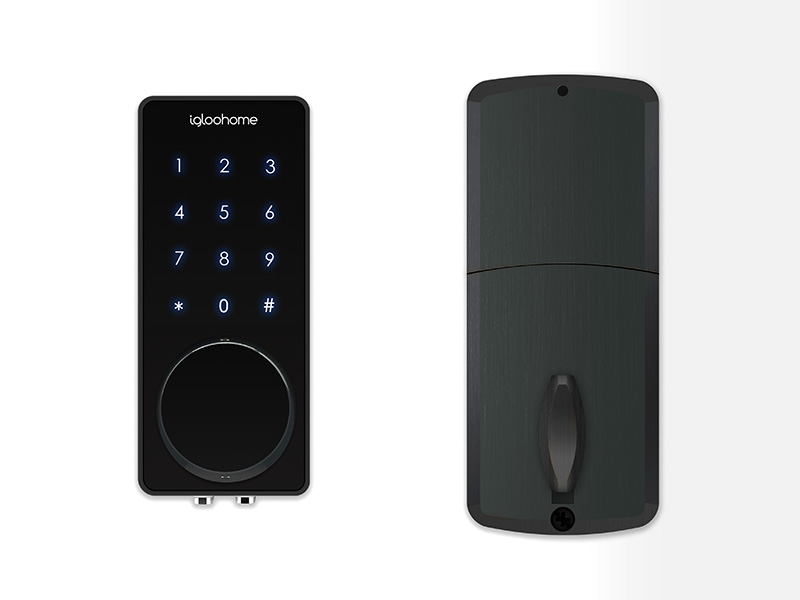 While staying in the US, Chow and his friends were avid Airbnb hosts who faced a key problem: access. They had to spend the time to pass keys to their guests, which was tough when guests arrived at odd hours. When guests lost their keys, they had to change locks.

So they went to look for a smart lock solution, but couldn’t find one that was suitable. That’s when they decided to build their own smart lock, which they hacked together from various other locks on the market. They launched Igloohome in July 2015 with their first Wi-Fi enabled smart lock, which let them set custom PINs for guests through the internet, without having to meet them.

The Igloohome Smart Lock was warmly received by fellow Airbnb hosts, but there was one problem; the Wi-Fi. If the Wi-Fi went down, the smart locks wouldn’t update with the new PINs, and guests got locked out. Chow joked that the solution would often be to simply restart the router. But as you would expect, locking guests out led to bad reviews, which was bad for business.

So the Igloohome team set out to make a better smart lock, one that didn’t need Wi-Fi. After six months of R&D, Igloohome released the Deadbolt 02 in March of 2016. That was when the team returned to Singapore, to keep costs low and expand into the Asia market.

The pros and cons of a standalone smart lock 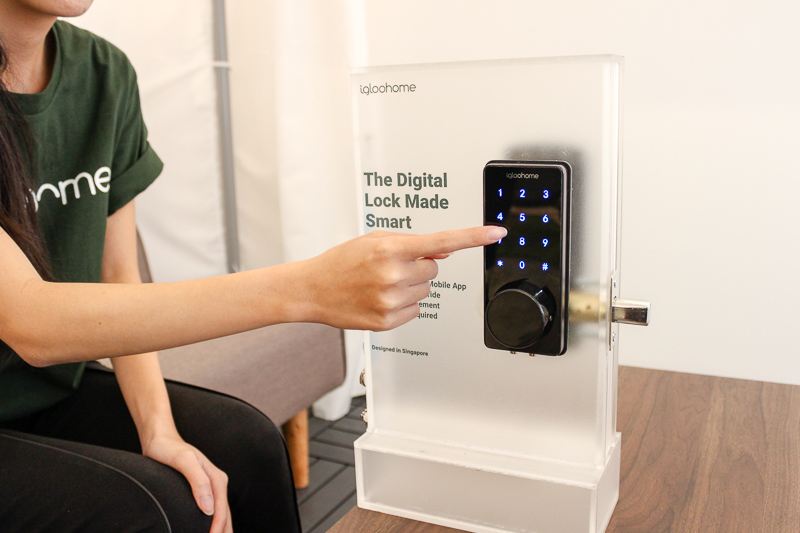 While the Deadbolt 02 cleverly avoids the problems with Wi-Fi, staying off the grid has its pros and cons.

The secret key system can break down if the time on the smart lock and the app get out of sync. The Deadbolt 02 solves this problem by syncing its internal clock with the smartphone’s every time it uses Bluetooth to unlock. There’s also a secondary battery inside the Deadbolt 02 that keeps time, even when the main battery runs out.

Since it doesn’t need to connect to a smart hub to work, the Deadbolt 02 provides an affordable and simple way to start on a smart home. While it can’t connect to Wi-Fi only smart hubs, it can connect to smart hubs with Bluetooth.

Staying offline protects the Deadbolt 02 safe from online attacks, but Bluetooth smart locks can still be hacked. To defend against hacking, Igloohome uses 128-bit AES encryption to encryption communications between devices. Every data connection between the smartphone and lock is encoded with a timestamp so that it’s only valid for that time. And if you suspect you’ve been compromised, re-pairing the Deadbolt 02 to your account refreshes the encryption key.

What does an igloo have to do with a smart lock? 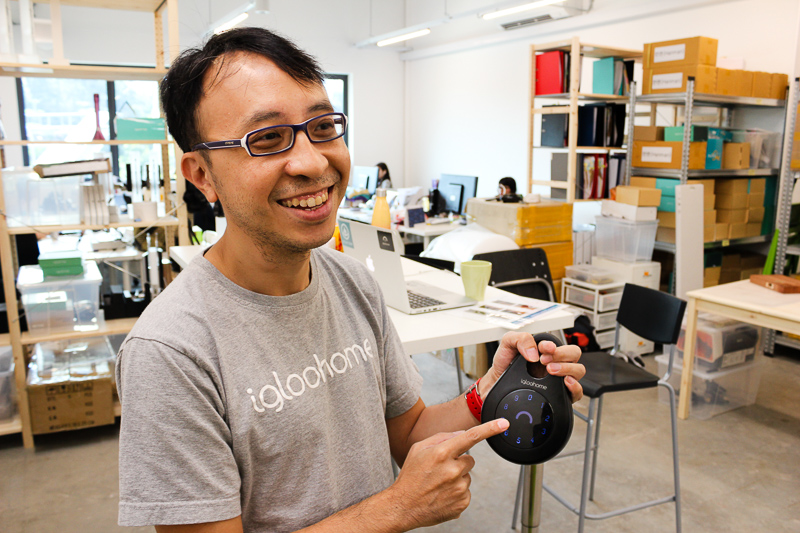 Igloohome now has three offices, one in Singapore, and others in the US and China. The Deadbolt 02 is available in Asia and the US, while their second product, a smart lock box called the Keybox, is available internationally. They’ve also secured a partnership with Airbnb, as part of the Host Assist program, Airbnb recommends their product to new hosts.

Chow tells me that their sales are split evenly between the two products, and they have a third smart lock on the way. The company is also looking into other access solutions, possibly for the hotels that Chow tells me have expressed interest in their work.

I asked Chow about Igloohome’s unusual name, and he joked about an official and unofficial origin story. The official story is that the name “igloo home” is meant to evoke the security and smart design of an igloo, which weathers storms and stays warm inside.

The unofficial story is that the founders were fans of tech companies like Google and Yahoo, which both had double ‘O’s in their name, so, “Igloohome”.

Note: This article was first published on 22nd April 2017.