The March 2021 Games Playlist - Here are our top picks 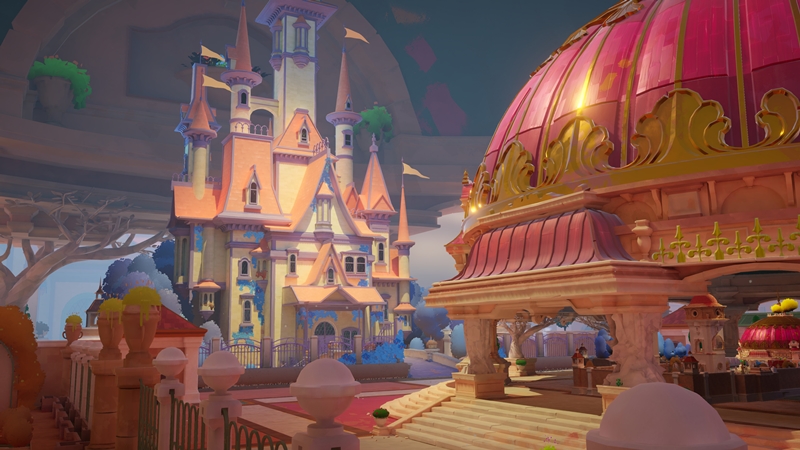 Edit (26/02): Kena: Bridge of Spirits will be releasing later this year in August. Gameplay trailer from the February State of Play stream has also been added.

Hey there, and welcome back to another Games Playlist, this time for March, which is actually a rather quiet month compared to the dragon-filled, mannequin-loaded house party that was February. For those who haven't yet checked it out, Little Nightmares 2 proved to be last month's biggest hit, with many players giving Mono and Six's newest adventure two big thumbs-up on Steam.

Yes, I officially hate mannequins now, and as for what happened, the only thing you need to know is that a bunch of ten-dollar bills was involved.

Getting back to March, although we aren't getting anything that's going to really knock you out of the park, there are still a bunch of smaller gems coming out this month that might be worth putting some time and money into.

Developed by Graceful Decay and published by Annapurna Interactive, Maquette is an extremely novel first-person "recursive" puzzler where blocks are both "simultaneously tiny and staggeringly huge". Yes, it's quite a mouthful to process, but what it means is that these MS Escher-inspired puzzles come in two "layers" - whatever you place on a smaller board within the level is repeated on a much larger board - the one your character is standing on in the overworld. Frankly, it's much easier to understand by watching the trailer, and it's wrapped up with a rather charming narrative too, which explores a modern-day love story and how problems can often snowball out of control if we're not careful. Check it out on March 2!

Developed by Casey Donallan and published by tinyBuild, Kill It With Fire is a first-person indie action game that first came out for PC in August last year. Here, you quite literally have one job: to kill all spiders using any means necessary. Yes, you'll turn entire houses upside down looking for the eight-legged pests starting from March 4, but do keep your eyes peeled - there are some that are hidden under the toilet seat or even disguised as household items! Once you've found them, it's up to you to use whatever's on hand to deal with them, be it the clipboard with your objectives written on it, a vacuum cleaner, or even a flamethrower. So, for lack of a better term, go figure.

Yup, this isn't really a new title, but Crash's latest quantum-altering escapade will be making its way to next-gen consoles and the Nintendo Switch on March 12, and since we're such nice people, we thought you might like to know that. In fact, here's a tidy little review for developer Toys For Bob's latest title that you can check out for additional information, so if you haven't given this wacky platformer a shot yet, it's about time.

All this typing is making me hungry, so it's pretty convenient that an anthology of the most entertaining party games in existence is popping onto PC, PS4, XBO, and the Nintendo Switch on March 23. Comprised of Overcooked!, Overcooked! 2 and every single bit of additional content Team17 have cooked up, these games will have you and your teammates scurrying around a kitchen whipping up dishes in increasingly chaotic environments, all while a timer slowly runs out in the background. Yes, this hilarious party game is a little too well done, but I guess that's the idea, right? *wink*

In the world of video gaming development, there are crazy people, there are passionate people, and then there is Hazelight Studios' director Josef Fares, the kind of person who would quite literally hand you a thousand bucks if you get bored of the team's latest title It Takes Two. Set for release on March 26, this charming little action-adventure game centres around a couple named Cody and May, who are going through some rough spots in their relationship. But disagree as they might, they'll have to work together to solve puzzles and defeat quirky bosses to get out of the weird fantasy world that they've somehow found themselves hurled into.

If you've ever wanted to concoct nefarious plots like selling the British royal family for a few dollars or toasting Alaska to a crisp, then this is the game for all you diabolical masterminds. Developed by Rebellion Developments, who has also handled the Sniper Elite series and its widely-acclaimed Zombie Army spin-off, Evil Genius 2: World Domination is a hybrid real-time strategy and simulation game where you quite literally do what it says on the box. Set up an evil lair, hire henchmen, defeat good guys and of course, scheme to take over the world to remake it in your own image. It arrives on PC on March 30 - don't forget to practice your evil laugh in the meantime.

If this title sounds rather familiar but you're not sure where you've heard it before, we don't blame you - we haven't heard much about it either since it was first showed off by EmberLab at Sony's State of Play event more than half a year ago. This one is arguably a lot less crazy than some of the other entries on this list, but the combat sequences are simply jaw-dropping. Story-wise, Kena: Bridge of Spirits follows a young Spirit Guide named Kena as she journeys to find the reason for her village's destruction.

To be honest, between the flashy-looking fights and amazing animations, it already looks like an excellent action-adventure title, and the only thing that's really mysterious about this game right now is its release date.