M. Night Shyamalan's Servant is one strange show that is as beautiful as it is slow

M. Night Shyamalan's Servant is one strange show that is as beautiful as it is slow 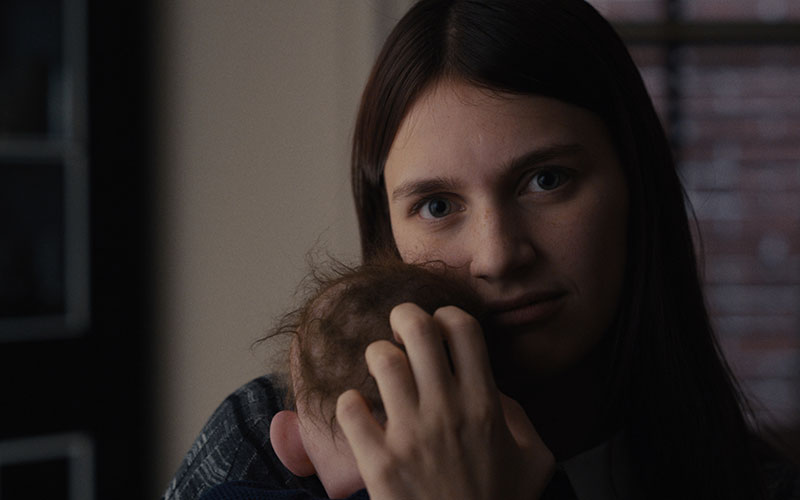 Say hello to the creepy nanny

M. Night Shyamalan is a big name in Hollywood, but he's also known for being wildly inconsistent. After all, he gave us classics like The Sixth Sense and Signs, but he also made atrocities like The Last Airbender, The Happening, and After Earth. It's hard to believe the same man had a role in all these films. And after recently redeeming himself with critics with 2016's Split, he proceeded to bomb with Glass in 2019, a disappointing end to the Unbreakable trilogy.

Now, Shyamalan is back again with Servant, the fifth show to debut on Apple TV+. The series has all the hallmarks of a work by The Sixth Sense director – it is dark, atmospheric, and of course, full of twists. If there's one thing to be said about Servant, it's that the cinematography is stunning. Mike Gioulakis is a frequent Shyamalan collaborator, and he infuses every frame with tension and a sense of foreboding that never entirely dissipates. Every scene is artful, even if the story and pacing doesn't feel quite as deliberate. 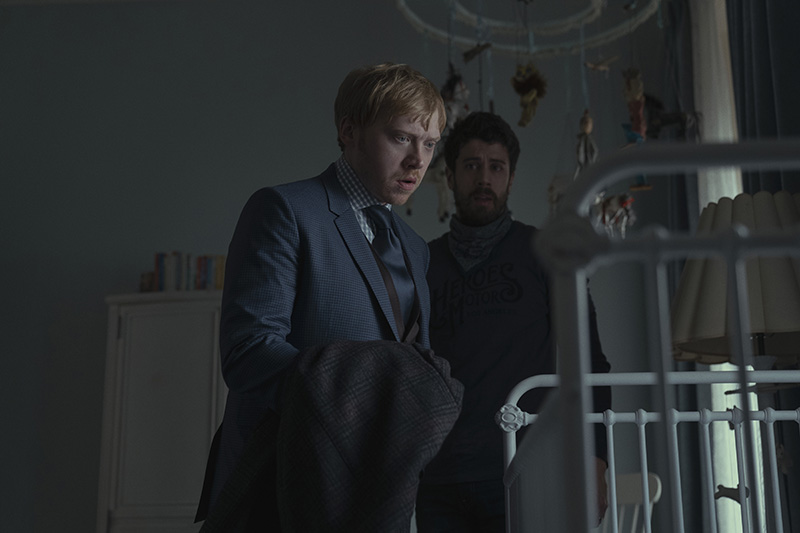 The show plods along, but it does so beautifully. Dorothy (Lauren Ambrose) and Sean Turner (Toby Kebbell) are a wealthy couple dealing with the loss of their newborn baby, who of course, is named Jericho, because a more conventional name is too boring for a show like this. Jericho just didn't wake up one morning at 13 weeks, and his death precipitated some sort of psychotic break in Dorothy. The only thing that allowed Dorothy to start functioning again is a creepy doll that resides right smack in the uncanny valley. It's a "reborn doll", Sean says, prescribed by Dorothy's therapist, or "unlicensed quack", as he tells it.

Lauren Ambrose as Dorothy is delightfully nutty. She appears to be a high-functioning news reporter in all other aspects of her life, but for some reason, she just can't tell that the Jericho doll is not in fact a real baby. Meanwhile, Sean haplessly plays along, afraid to break the illusion and shatter what's left of Dorothy's fragile psyche. The series saves the big reveal till the end of the first episode, when Sean grabs what you think is the real Jericho by his feet, callously smacking his head against the side of the crib with a loud "thunk". The action is almost casual, further heightening the sense of dissonance you get from the scene and thickening the unsettling atmosphere. Sean does something similar later on when Dorothy isn't looking, throwing the doll down on the floor. These scenes comprise only of small actions, but they're still immensely jarring.

But the show is called Servant, right? The servant in question is the live-in nanny Leanne, played by Nell Tiger Free, who Game of Thrones fans may recognise as the ill-fated Myrcella Baratheon. Right from the outset, Leanne is the source of much of the show's creepy and weird imagery. When she first arrives at the Turner household, she stands unmoving at the door in the rain, her face distorted through the glass panes in the front door.

On top of that, the show sets you up to view Leanne as a sinister presence right from the outset, underscoring her early appearances with a haunting score, even when she doesn't seem to be doing much at all.

However, while Dorothy's inability to notice that Jericho is a doll makes you wonder if she should even be allowed out on the streets at all, it's Leanne that is the really disturbing one. She seems completely unfazed by the Jericho doll, treating it as an actual baby and appearing confused when Sean tells her she can drop the pretense. Seriously, what is wrong with this girl?

That's a question you're going to be asking a lot throughout the course of the show. Leanne spins evil-looking crosses from some sort of yarn and hangs them over the baby's crib, kind of like the stick figures from The Blair Witch Project. Leanne sends in a handwritten resume, when everyone else's is typed on a computer (you know, like a regular person). Leanne does not wake up when Sean holds his phone up to her face and takes a picture, with the flash on! And after Sean snoops around in her stuff, he suddenly gets wooden splinters everywhere, even in his butt. Is Leanne a witch that just sleeps super soundly?

In a particularly brutal scene where Sean slaughters an eel, Dorothy ominously says, "Funny things, eels. They don't quite realise when they're dead." Hey, maybe Leanne is actually dead!

I mentioned earlier that the show is beautifully shot, and the creators get plenty of opportunities to work their art in the kitchen scenes with Sean. He's a consulting chef that works from home, spending his days preparing gourmet meals for diplomats and other fancy folks. Servant lingers on a close-up shot of Sean nailing the eel to the chopping board, before zooming in with excruciating detail as he peels the skin off the creature. We also get to see close-ups of headless, skinned rabbits in the first episode, yet another example of the show morphing culinary delights into something both grotesque and captivating at the same time. Something needs to be said about the camera angles too, which are always very close and let things like faces fill up nearly the entire frame. And when there are two people in the shot, one person is often reduced to a dark silhouette or an out of focus figure, featuring in the frame as an incomplete object. These claustrophobic shots have you wanting to physically crane your neck to see more, and it parallels the way Servant feeds you information in dribs and drabs, constantly leaving you wanting more.

And I haven't even gotten to the biggest twist yet. Jericho is a doll, and then suddenly, he's not! Sean peeks into the crib and finds a live baby, much to his astonishment. Is the baby Leanne's? Or is she a baby snatcher? Neither she nor Dorothy react to this new development, and Sean is left to turn to Dorothy's brother Julian (Rupert Grint; hello Ron Weasley!) for help. You'll be wondering why the two men don't press Leanne more forcefully to account for the baby, instead choosing to skulk around and do their own sleuthing. The end of the third episode drops another bombshell on you, courtesy of some shaky found footage-style camera work as Julian live streams his investigation of Leanne's home in Wisconsin. Servant is the kind of show that leaves you with more questions after every episode, growing into an ever larger mystery as it goes on.

However, if you're going into this hoping to be scared, you'll be disappointed. Servant is weird, eerie, and disturbing, but it's seldom ever scary. But if you enjoy puzzling out big, supernatural riddles, you might want to give this a spin. Only the first three episodes are available on Apple TV+ right now however, so I can't guarantee that there'll be a satisfying pay-off at the end. 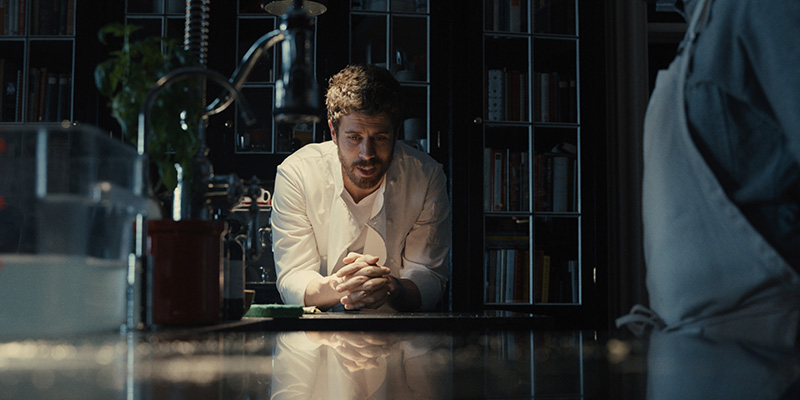 Served up in short, 30-minute segments, Servant's plodding pace is somewhat mitigated by its bite-sized episodes. If you're a fan of Shyamalan's better work, you'll probably enjoy his new series. The cinematography pulls you into the Turner household, and even if there end up more questions than there are answers, I'm so far enjoying the way Servant parcels out bits of information like precious treats. I want to keep watching it, because I really have to find out what's up with Leanne, however ridiculous it may turn out to be.