Logitech G603/G613 wireless gaming mouse and keyboard review: Is it possible to game without wires? 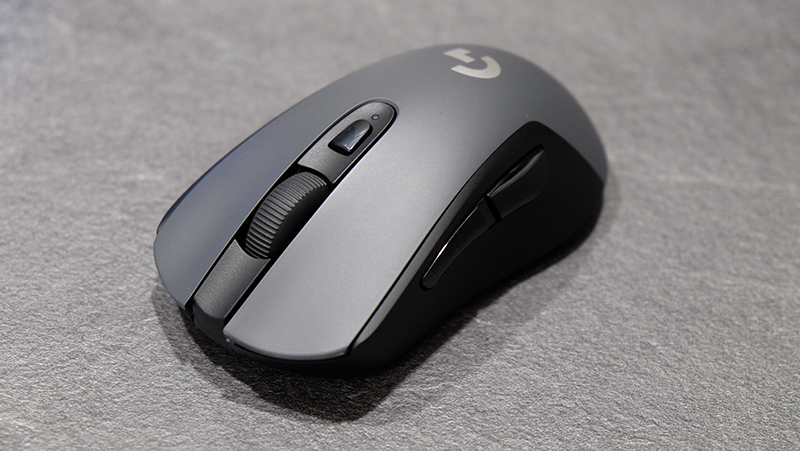 ​​​​The Logitech G603 wireless gaming mouse is cut from the same cloth as the G613 keyboard. It’s plain and practical, and isn’t intended to grab much attention.

Unlike wireless gaming keyboards, there are far more wireless mice to choose from, including a few which are nearly indistinguishable from their wired counterparts. It’s a far more competitive field, but the problem is that this level of convenience and performance also comes with a stiff price tag.

The Logitech G903 costs S$249, while the Razer Lancehead comes in at S$230, so you usually have to pay quite a bit if you want that sort of wireless performance. On the other hand, the G603 costs just S$109, less than half the price of the aforementioned mice. It’s also cheaper than Logitech’s own G703, which is a slightly more feature-rich package with rechargeable batteries, a weight-tuning system, and customizable RGB lighting.

But if you don’t need all those extras, the G603 will serve up lag-free wireless performance, with up to six programmable buttons, including a DPI toggle and clickable scroll wheel. 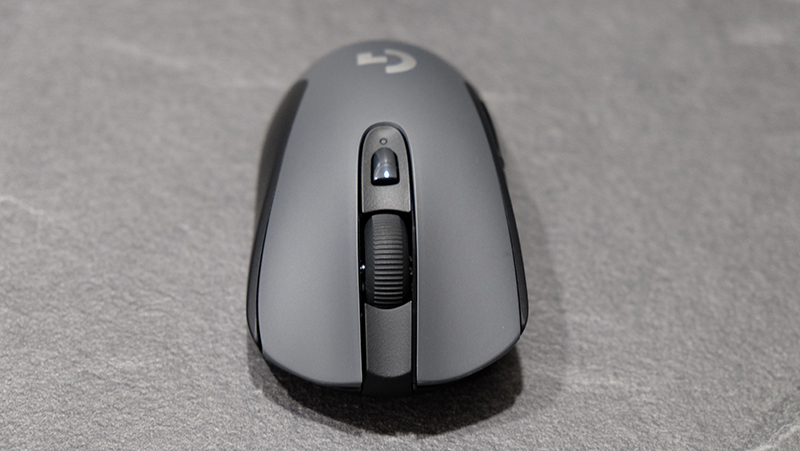 Like the G613 keyboard, it runs off a pair of AA batteries, so there’s no way to recharge it and no way to use it in wired mode. This means it won’t work with Logitech’s PowerPlay mouse mat either (you’ll have to look to the G703 and G903 for that).

The good thing is that Logitech is claiming freakishly long battery life on both devices, up to 500 hours on the G603 and 18 months for the G613 keyboard (the latter figure applies to Bluetooth mode only). Obviously, I haven’t been using the devices long enough to verify this, and your mileage will clearly vary depending on how heavy a user you are.

But for what it’s worth, I didn't come anywhere close to needing to replace the batteries after a week of daily use, and AA batteries aren't that hard to come by anyway, so you can swap them out really quick.

The mouse comes with a switch on the bottom that lets you toggle between power off, performance, and endurance modes. The latter two determine the polling rate of the mouse, and setting it to Hi will allow the G603 to operate at 1,000Hz. The Lo setting kicks this down to 125Hz for better battery life. I left this at Hi all the time, because why not? 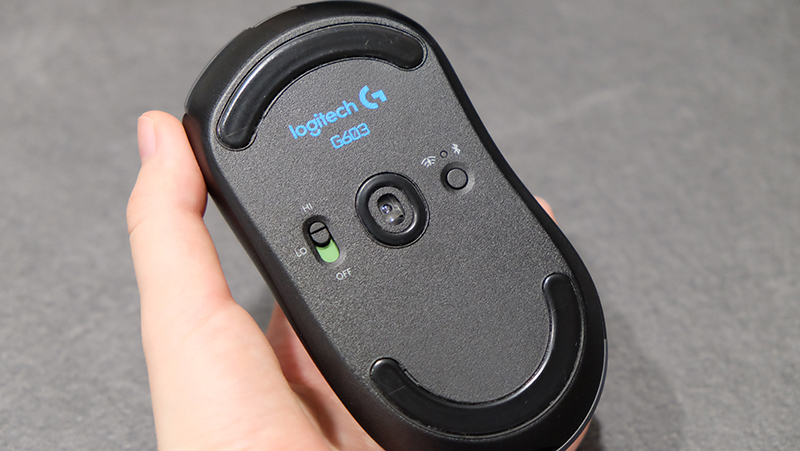 A second button on the bottom also lets you switch to Bluetooth mode, which will allow the batteries to last even longer.

This is a mid-height house that is suited to both palm and claw grips. But despite its seemingly ambidextrous shape, it’s actually a right-handed mouse, with a deeper concave on the left edge for your thumb to rest below the side buttons. These buttons are fairly large, so you should have zero problems reaching them.

Overall, the mouse feels solid and well-built, not unlike the G613 keyboard. They’re plain, gray, and fairly drab, but they still feel like quality stuff that will last you a while.

The top of the mouse lifts off to reveal the battery compartment and a small niche for you to stow the wireless dongle. It’s held in place by magnets, so it feels really secure. 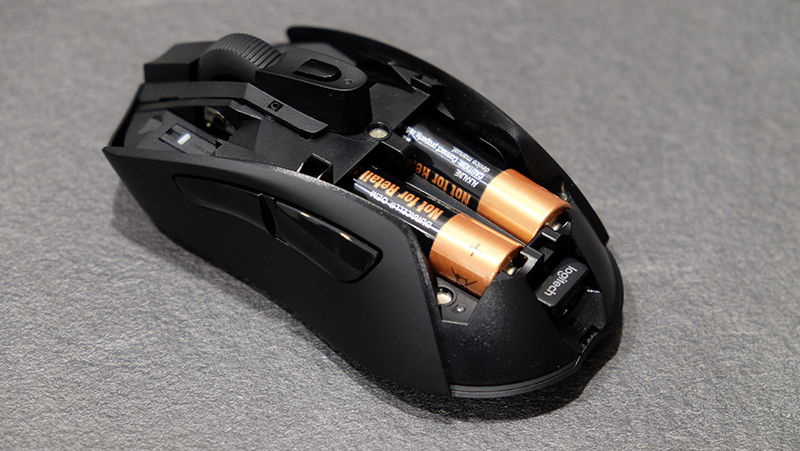 The mouse weighs 135.7g with a pair of AA batteries installed, which is a bit on the heavy side. That’s maybe not so great for FPS games, but you can opt for lithium batteries over alkaline ones to shave off the grams. Alternatively, it will work fine with just one AA battery as well, which drops the weight to 113g.

This is also the first mouse to use Logitech’s new Hero, or High Efficiency Rated Optical, sensor, and it’s supposed to produce similar performance characteristics as the top-notch PMW3366 sensor at a much lower power draw. The G603 supports a range of 200 to 12,000DPI, but you’ll probably almost never find yourself needing to go that high.

The sensor tracks up to 400 inches per second with no smoothing applied, and my every movement felt precise and translated faithfully on screen. Lift-off distance was also low, and I noticed no issues with unwanted z-axis tracking when lifting up and repositioning the mouse. That said, the option to customize the lift-off distance is unfortunately missing in the Logitech Gaming Software, and it'd have been a useful feature for those who want greater control over these parameters. 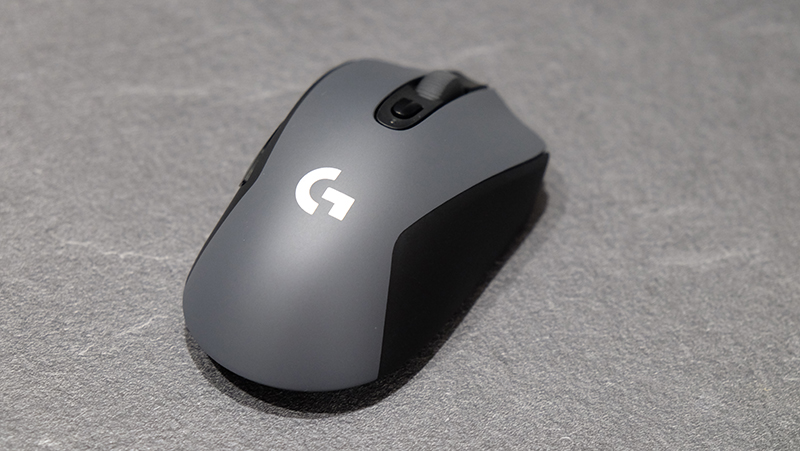 The left- and right-click buttons have good feedback, and I like the stiffer nature of the buttons compared to those on some other mice. There’s also quite a bit of resistance to the rubberized scroll wheel and a firm click, so there’s little chance of accidental actuations here.

One final touch that I appreciate is the color-coded light indicator beneath the DPI button. It features up to five colors – yellow, white, orange, magenta and blue – for a total of five DPI steps, so you can easily tell what sensitivity the mouse is operating at.