A German brand that has been around in Singapore for a while now, Loewe established its credentials as a radio manufacturer in the 1920s, but they've long since switched their attention to the booming consumer electronics market. In more recent times, Loewe took advantage of the 3D TV craze and  launched their "Individual" series in 2011 that offered personalized designs and specifications that users can customize. And a year later in 2012, they've followed up with more expressionistic TV designs, followed by a new series of speakers for the modern lifestyle.

Referred to as the "masterpiece", the Reference ID has been the name reserved for the flagship Loewe television product. Like the Reference ID from years past, the new model comes with full array rear LED backlighting and delivers visuals in full HD. But there are certain additions that have been made the new Reference ID a cut above the older iterations. 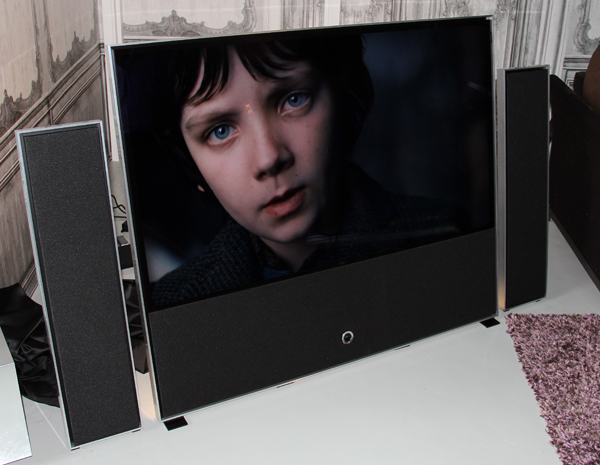 The new Reference ID TV retains the minimalist design of old and features an aluminum, chrome colored frame. The speakers are covered by a black cloth while the rear panel is also black . However users can customize the aesthetics of the Reference ID by choosing from six speaker cover colors, nine rear panel colors and twelve different frame options which apparently include luxurious choices such as wood and gold-plating! 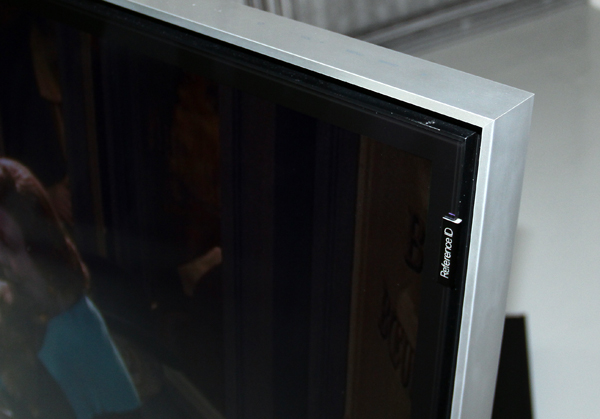 A cool feature of the Reference ID TV is the lighting around the edges of the rear panel. Loewe has included this option to enhance the illusion that the panel is floating in mid-air when it is wall mounted. When switched on, it does make the screen look like an art installation. For those who may not like the yellow tint, you can dim the lighting or set it to white. 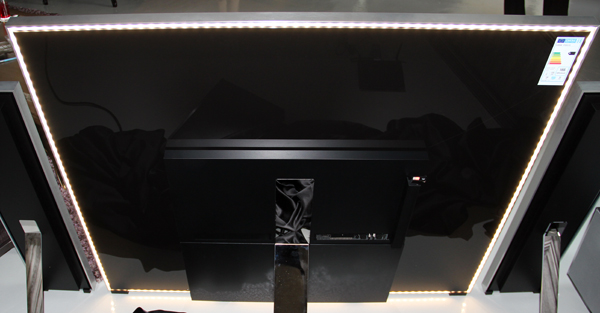 But the major change for the new model comes in the form of energy efficiency. Whereas the older models guzzled around 300W the new Reference ID has a rated power consumption of 120 W. This definitely helps cut down on electricity bills.

To improve the visuals of the TV, the Reference ID comes with a newly developed filter. While the Loewe representatives were unable to reveal the specifics behind the make and manufacture of the filter, they claimed it helps provide smoother visuals. For now, we cannot comment or pass a definitive verdict on the veracity of their claims until we've had a chance to thoroughly test the TV.

With regards to audio, the new Reference ID comes with a 160W, 2.1-channel system built into the TV itself. The setup consists of an active sub-woofer, a passive radiator and a couple of ceramic tweeters. Dolby Digital technology and an integrated multi-channel decoder, as well as AV pre-amplifiers are also included, which means that the Reference ID is equipped to become the hub of your home entertainment system.

The Loewe Reference ID is available in 40-inch, 46-inch and 55-inch models and the panels have a refresh rate of 400Hz. The TVs also come equipped with a smart feature suite and are capable of handling 3D content as well. Classic Loewe features such as DR+, which we have discussed before, are also retained.

The new Loewe Reference ID is available now from S$13,888.

The Individual TV series from Loewe has always been their bread and butter. The models are targeted at the mass market and yet still exhibit Loewe’s commitment to premium-design and artistic aesthetics.

The new Individual TV from Loewe is a mixture of aluminum, glass and chrome. The slim profile, helps place more emphasis on the screen which takes center stage. The TV is available in High Gloss White, Aluminum Black, Aluminum Silver and Aluminum Titanium. It gets its "Individual" title due to the fact that customers can choose any color of their choice from the RAL spectrum. This color can be applied to the side panel and the cross stand at the base of the TV. The new contrast filter panel, which we discussed when talking about the Reference ID, is also found on the new Individual TVs. 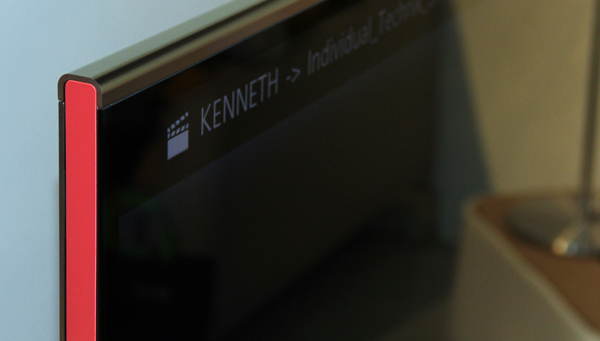 During our quick hands-on session with the Individual TV, we got a chance to preview the new Loewe ID Slim which is the name given to Loewe’s smart TV feature suite. A completely redesigned user-interface features a vertical scroll bar menu on the left side, while the options nested under the selection are displayed as thumbnails. Once again we cannot give a definitive verdict on the new smart features from our short time with the TV, but from first impressions it seemed to be snappy and responsive. 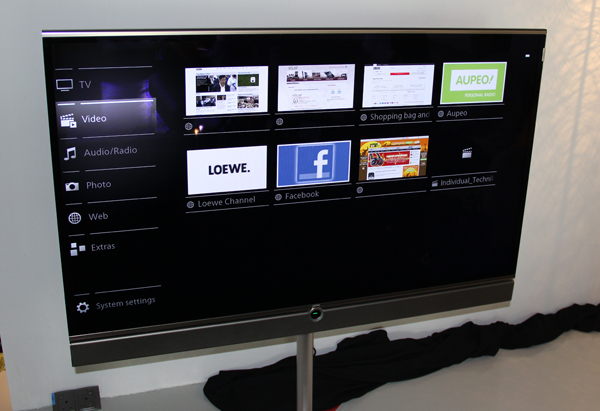