Living the past: Interviewing the creators of Kingdom Hearts: Melody of Memory

Living the past: Interviewing the creators of Kingdom Hearts: Melody of Memory 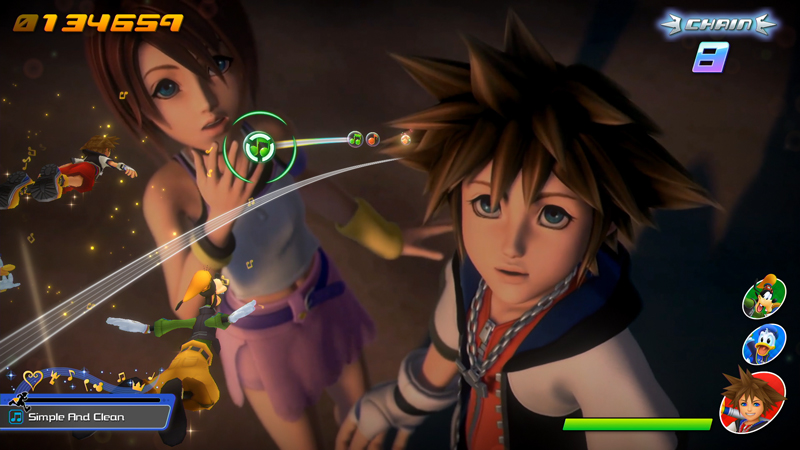 Square Enix and developer indieszero are collaborating on the next entry in the Kingdom Hearts franchise, titled Melody of Memory. This is a rhythm game in which fans old and new can experience a retelling of the entire Kingdom Hearts saga in all of its twisty, confusing glory.

We recently spoke to producer Ichiro Hazama and co-director Masanobu Suzui about Melody of Memory, asking burning questions such as - why make this a rhythm game? What happened to the series’ Final Fantasy characters? Why on earth is Sora still wearing his 2002 outfit? You’ll find the answers to these questions and more below: 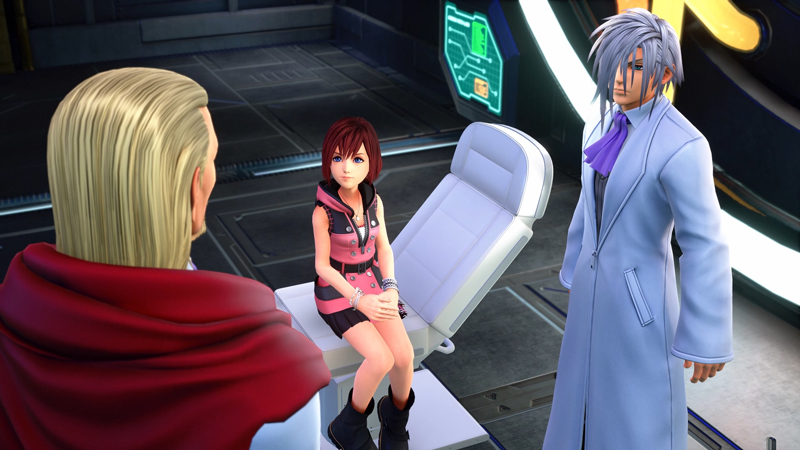 Why did the team choose to make the next Kingdom Hearts entry a rhythm game?

Ichiro Hazama: Originally, Suzui-san and myself worked on the Theatrhythm series and we’ve done multiple rhythm games through that. Around five years ago, we wanted to try to do one in the Kingdom Hearts franchise. It was only recently that Tetsuya Nomura brought up that conversation with Disney, and Disney was quite enthusiastic about bringing Kingdom Hearts to that genre of gameplay. At that point, our only concern was making it the most fun game that we could make.

Obviously, when we started working on Kingdom Hearts as a rhythm game, Nomura himself - who is the director - wanted to focus on the visuals and story to keep it feeling like a part of the franchise. It’s a Kingdom Hearts game that happens to be a rhythm game, rather than the other way around.

In addition to the fan-favourite Disney characters, can we expect Final Fantasy characters to return in Melody of Memory?

Ichiro Hazama: The parties you play with are made up of the main characters from past Kingdom Hearts games. At the end of the day, the Final Fantasy characters are just guests in this world - so they haven’t managed to make their way into this game.

Masanobu Suzui: It’s not like we didn’t consider including Final Fantasy characters, but we really wanted to focus on the collaboration with Disney for this title. Because of the Theatrhythm series, we already have an opportunity for people to see lots of familiar Final Fantasy elements there. It would feel repetitive if we did that again, so we decided to push forward with the Disney aspect here.

Can anyone just pick up this game and play it without knowledge of previous Kingdom Hearts titles?

Masanobu Suzui: It’s a great entry to the series if you haven’t played it before. Many of us in the development team were fans of the franchise, and had our favourite scenes, songs and characters - but that doesn’t mean every one of us had actually played the whole series. As we were playing past games and creating this one, we fell in love with the series - which is something we hope happens to everyone.

It’s a fast-paced game in which you play through all the key songs and plot points in the series, told from Kairi’s point of view, and narrated by her as well. It’s a sort of review that takes you through the whole series. Even if you’re already a fan, it’s a good chance to revisit Kingdom Hearts and re-orient yourself with all the lore. It’s good for fans old and new. 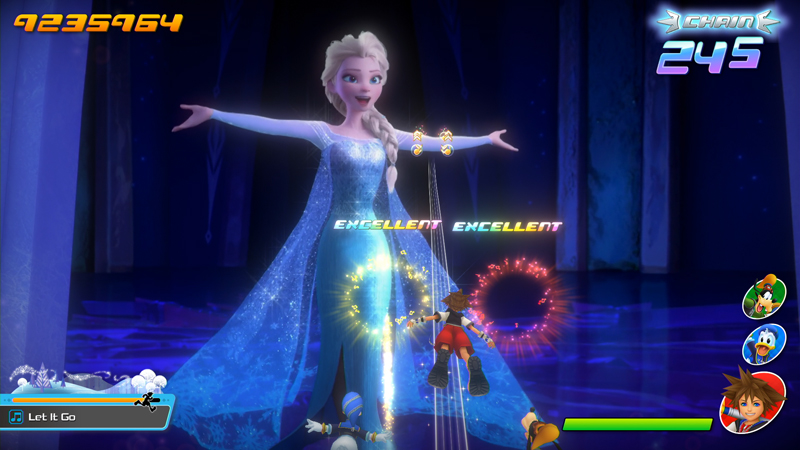 How does multiplayer gameplay work in Melody of Memory? Can we play through the entire story with friends?

Masanobu Suzui: First off, the main mode within Melody of Memory is the ‘World Tour’ mode, which functions as the story mode. In that, you clear tracks and missions in each world while looking back at past memories in the Kingdom Hearts universe. As you clear songs in this mode, they will become available in other modes.

Those songs can be played through in the ‘Versus’ and ‘Co-op’ modes. In Versus, you can compete against other players in multiplayer, or against AI enemies. The Co-op mode is called ‘Bubble Play’, and two players will play as either Sora or Riku here, working together to get a high score. For these different modes, you play through tracks obtained via World Tour.

Is there a specific reason why the team went with Sora’s look from the first Kingdom Hearts game over its sequels?

Masanobu Suzui: There was no particular reason for that, actually. This game is set in a world of memories, with Kairi reminiscing on stories she’s heard from Sora and others. The story you see here is represented by characters from the past. There are over 800 ‘Collection Cards’ however, featuring art that depicts character and keyblade designs, and much more. So, other costumes and Keyblades will be represented in that form.

Are there any unlockables in Melody of Memory?

Masanobu Suzui: The game is full of unlockables! As you go through the World Tour mode, you’ll unlock different songs, parties, modes, item synthesis and Collection Cards. I want to emphasise that they aren't tricky to unlock, however. We’ve kept everything fast-paced and understandable, so it shouldn’t be too hard to unlock all those features. 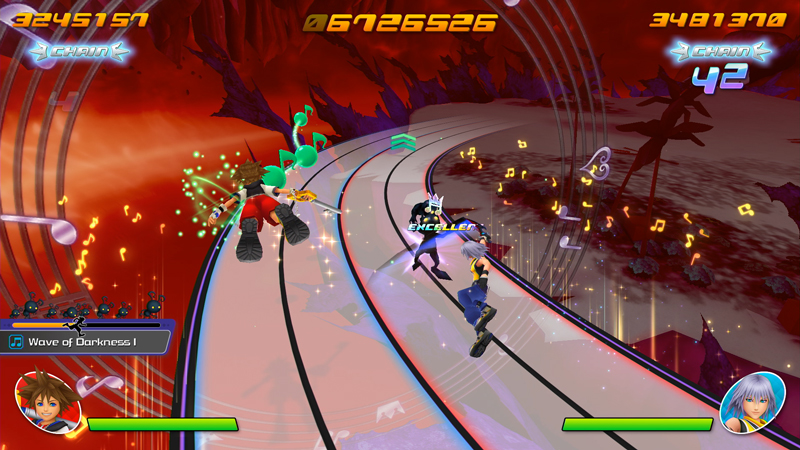 Will Melody of Memory go over the entire saga’s story, including spin-offs? If so, how did the team choose what to put in and what to leave out?

Masanobu Suzui: It’s all in there - all of the games up to the recent Re Mind DLC content for Kingdom Hearts 3. It’s a distilled overview of the whole saga. You can imagine all the playable parties and characters you’ll be able to unlock - that haven’t been announced yet. If you go through the World Tour mode, you’ll be able to see how all those stories and settings connect.

Is there anything else you’d like to say about Melody of Memory?

Masanobu Suzui: What I love about it is how accessible it is. Obviously it’s great for new fans, as the story of Kingdom Hearts and its songs are so readily available here. For fans of the franchise, there will be new discoveries here. Even people who don’t necessarily like Kingdom Hearts but love rhythm games can find something to like here!

We’ve included all sorts of different styles of gameplay, including the ‘Performance Style’, in which you use all sorts of buttons to perform complicated combos. We also have a one-button style for those unfamiliar with rhythm games, so you can still get through the story that way.

Ichiro Hazama: I’d really like to emphasise that in lots of different ways, we want this to be a game everyone can play. There’s tons of difficulty levels including ways to control the characters, and there are more language options than in any previous Kingdom Hearts game to date. Old fans can get nostalgic, and new fans can treat this as a gateway to the series as a whole.

Kingdom Hearts: Melody of Memory launches on November 13, 2020. The game will be released on PlayStation 4, Xbox One and Nintendo Switch.