Note: This article was first published on 7th July 2018. 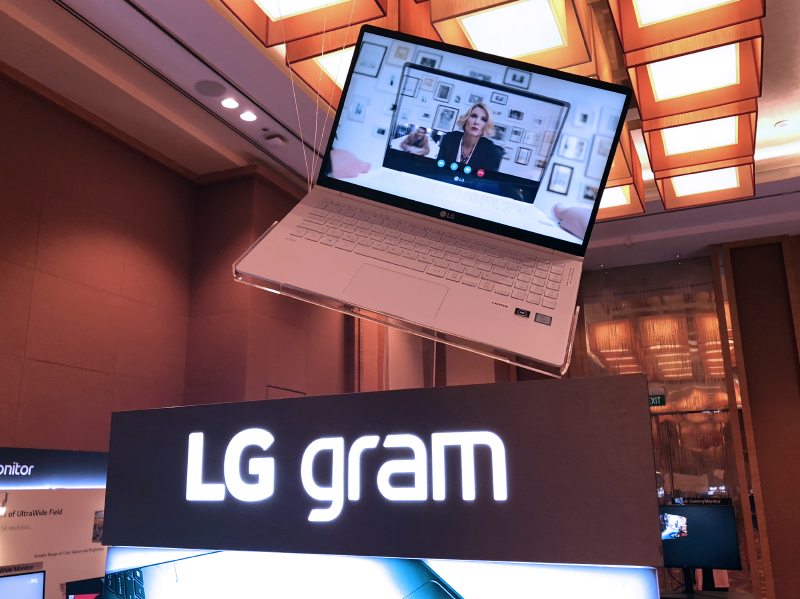 LG updated its gram lineup of notebooks last year just before CES 2018 with the latest 8th generation Core processors. It took them a while but LG finally launched the notebooks here in May. And now that we have had the chance to handle and test the notebooks in our labs, here’s our verdict on LG’s latest.

Since the new gram notebooks are largely similar to last year’s models, let’s start by highlighting a couple of important things that are unchanged. 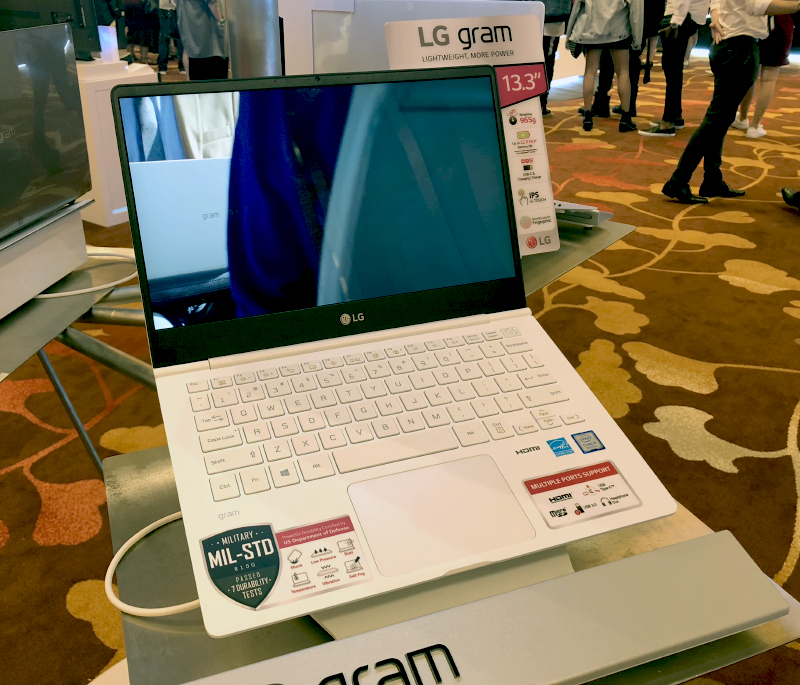 Design - Yup, as you can see, the new gram notebooks are identical in terms of design. Their dimensions are unchanged too. 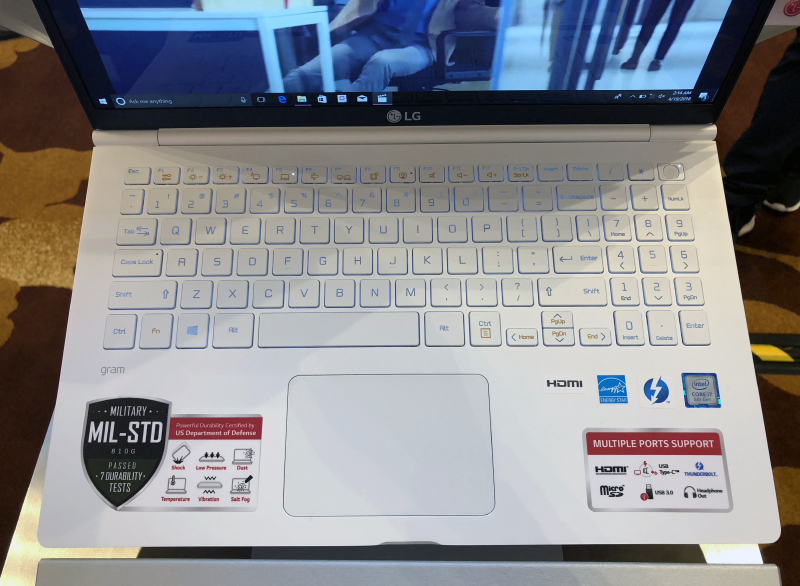 Materials - The gram notebooks still have what LG calls ‘Nano Carbon Magnesium’ alloy chassis - a blend of magnesium and carbon fiber. Unfortunately, this also means that chassis flex is still present. This is just the nature of the alloy and doesn't mean that the notebook isn't strong. In fact, as you will find out later, the new gram actually meets MIL-STD-810G standards of ruggedness and can withstand up to 200kg of pressure.

Ports - The selection of ports are also largely unchanged, except for one particular SKU which we will talk about later. This makes the gram one of the few ultraportables currently on sale to come with full-size USB Type-A ports. The downside, of course, is that the gram is thicker than its rivals. However, it makes up for that with its low weight.

Weight - Unfortunately, the substantially larger battery of the gram 13 means it has put on weight. As a result, the gram 13 now weighs 965g - that's 125g more than last year’s model. It is still a remarkably light notebook, but this year’s model does not invoke the same sense of wonderment as last year’s. At just 840g, last year’s gram 13 was incredibly, almost ridiculously, light. The weights of the gram 14 and gram 15 are mostly unchanged at 995g and 1,095g respectively. 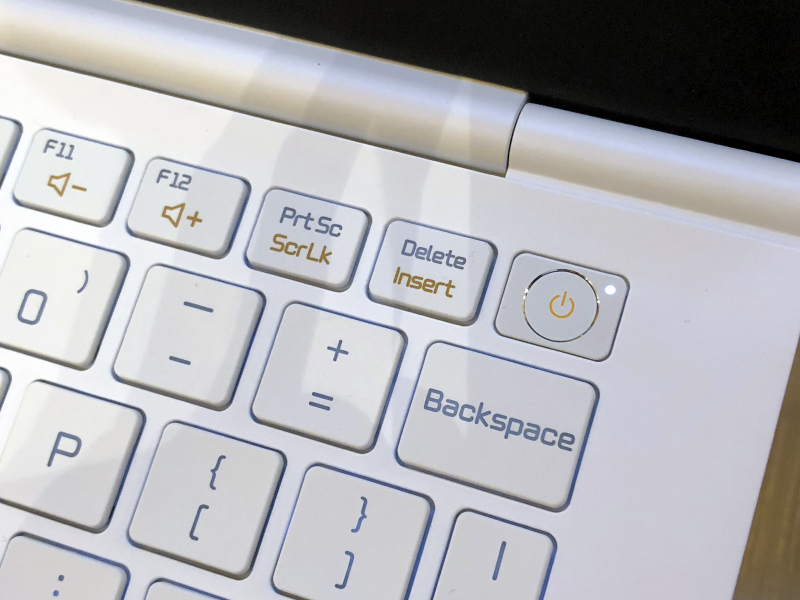 Thunderbolt 3 - This only applies to the gram 15 with Core i7 processor. That particular SKU is the only one that comes with a Thunderbolt 3 port. Yes, it’s an odd choice and we don’t buy LG’s explanation that only buyers of that particular notebook will likely need a super fast interface. If you are going to have a USB-C port, it might as well be Thunderbolt 3.

Webcam - The webcam has been repositioned to the top of the display. No more unflattering video angles. Hooray! 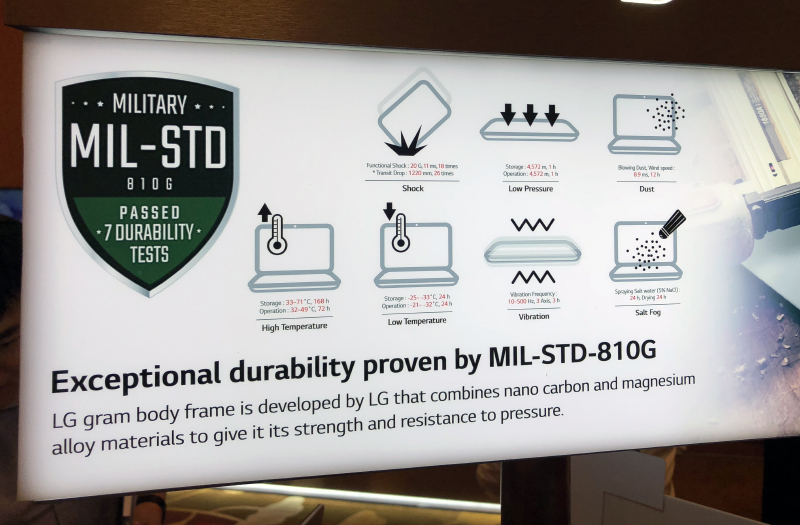 MIL-STD 810G - A common criticism of the gram notebooks is that they feel somewhat flimsy. But that’s inherent to the materials used. They are in fact very strong. To prove their point, the new gram notebooks meet the MILD-STD810G standards of ruggedness. It is dust, shock, temperature, and pressure resistant. Most impressively, it can withstand up to 20Gs of shock and 200kg of pressure. If you still find it difficult to stomach how a super thin and light notebook can still be that robust, this live demo should instill the confidence you seek:- 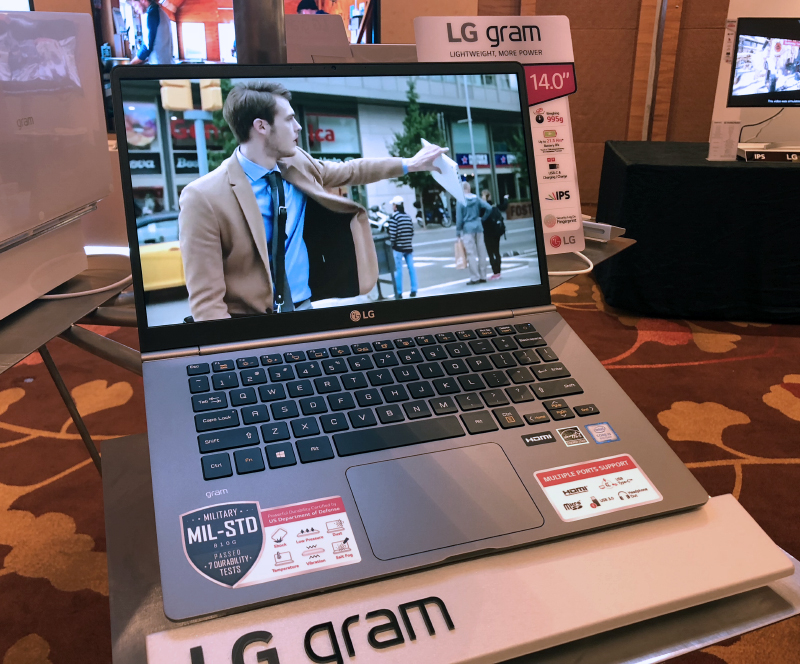