The list of things going for the LG Signature W7T and G7T OLED TVs is largely similar to last year’s G6T: perfect black levels, accurate colors, wide viewing angles, great HDR support, and low input lag. In fact, LG has managed to better some of these areas this year. For one, the TVs can now go brighter. Throw in an improved color accuracy and responsiveness, these are two exceptional TVs for watching both SDR and HDR content and playing games on. 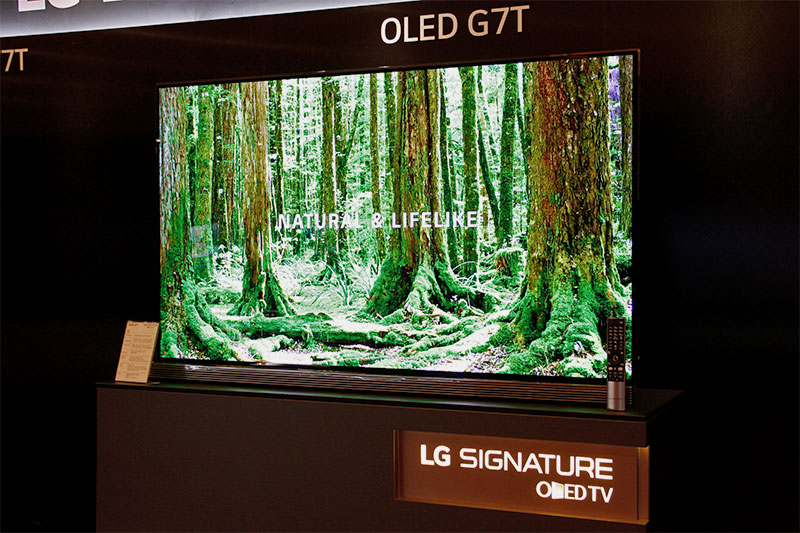 Speaking of HDR, the OLED TVs support HDR10, Dolby Vision, and HLG (Hybrid Log-Gamma) HDR formats out of the box, with another Advanced HDR format by Technicolor coming via a future firmware update. While HDR10 and Dolby Vision are the two HDR formats that really matter right now, from a future-proofing standpoint, it’s great to know that TVs can accommodate so many HDR flavors.

That said, the Sony Bravia A1 OLED TV also supports HDR10, Dolby Vision, and HLG. So to up its game, the LG OLED TVs now support Dolby Atmos object-based surround sound. If your main source of 4K and HDR content is Netflix, then this bonus may have you lean towards LG’s offerings. My only complaint is the ARC (Audio Return Channel) implementation. Ideally, I’d want the TVs to do full Dolby Atmos over ARC instead of a lossy Dolby Digital Plus-based Atmos stream, but that would probably mean the TVs need to support HDMI 2.1 and eARC, which aren't out yet. This is more likely to happen in LG’s 2018 OLED TVs, which is another way of saying that I’m not optimistic this could be achieved with this year’s hardware.

The answer to whether you should go for the G7T or W7T is actually quite simple. With the same picture quality, your decision should solely be based on the TVs’ design and how fat your wallet is.

In case I wasn't clear enough earlier, the W7T’s stunning screen-on-wall look comes with some inconveniences, mostly pre-purchase. For example, you need to find a wide enough wall to mount it and a sturdy platform to put the heavy and long sound bar on, as well as explore ways to hide the rather flat but conspicuous cable that connects the two pieces. Know too that if the screen or sound bar requires any repair works, there’s a good chance that both pieces have to be sent back to LG. According to LG, to prevent placement-related hiccups, it'd send a team to your home to survey the site after you placed an order but before delivery. 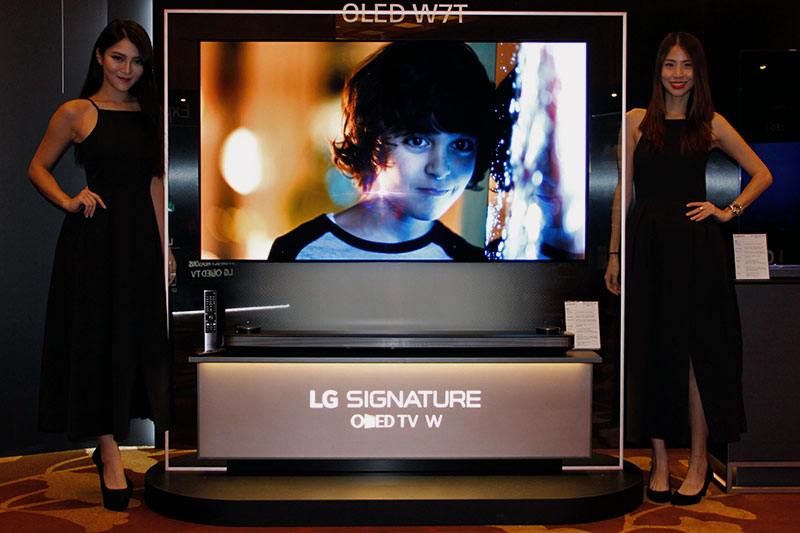 Ultimately, regular folks like us can’t afford an S$10,888 or S$12,888 TV. On paper, since LG is using similar tech throughout its 2017 OLED TV lineup, there’s a good chance that you’ll get a largely similar image performance if you opt for a model further down the range. You’re mostly giving up on things like design and build quality here, which are nice to have but not exactly critical.