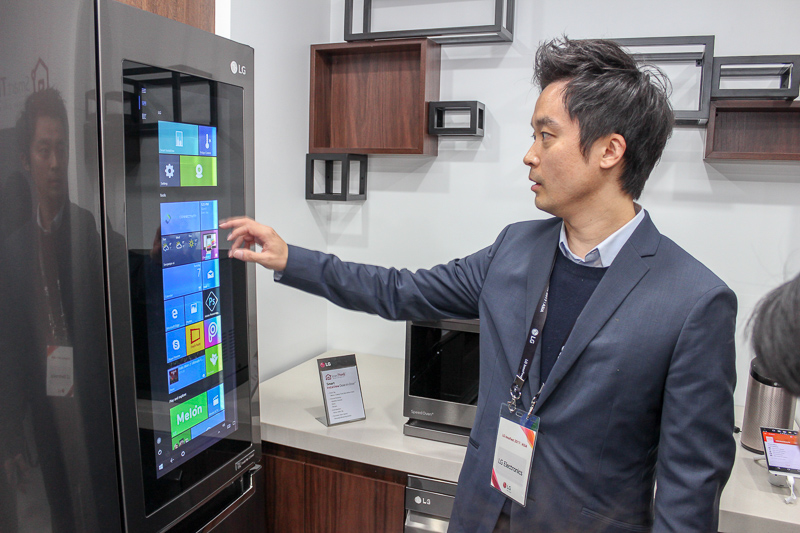 Yes, LG has announced a smart fridge that runs Windows. The Smart InstaView Door-in-Door Refrigerator has a 29” transparent touch LCD on the front door that runs Windows 10, with another version that runs webOS.

The Smart Refrigerator can download and install Windows 10 apps, and it can accept voice commands via Cortana — the webOS fridge accepts Alexa voice commands. You can browse the web on the fridge, look through recipes, order things, paste virtual sticky notes, and set reminders for food expiration dates.

If a smart fridge with a touchscreen sounds familiar, that’s because Samsung already has one. But Samsung’s fridge runs its proprietary Tizen OS, while LG runs the far more popular Windows 10, so there’s more you can potentially do with it.

But why build a computer into a fridge? When I asked Eugene Yoo, director of LG’s Cloud Center, he said, “We believe that the refrigerator has a unique role in the home, because it’s a family device. If you can enable the right services and content on this particular device which interacts with every family member on a daily basis, we believe it can be very powerful.” 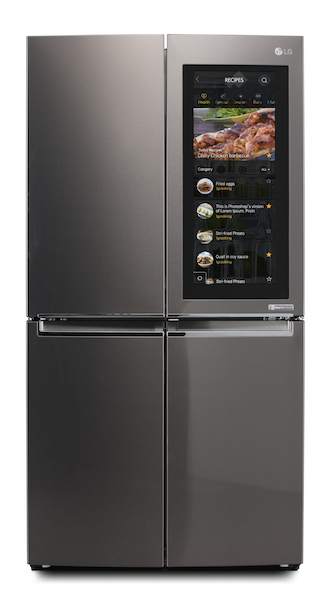 At the same time, Yoo also allowed that the fridge as a family hub may only be applicable to certain countries, “When we looked at family behaviour — and this might be more for the US market — the kitchen is becoming a focal point for families when they spend time at home.”

The Smart Refrigerator also comes with a neat feature called ‘Knock-On,’ which is on every fridge in the new InstaView line. When the Smart Refrigerator’s screen isn’t running Windows, it turns dark. Knock on the glass twice, and the inside lights up, turning the glass transparent and letting you see what’s inside.

Knock-On may sound superfluous — why not just open the door? — but LG cited a study that showed a lot of people open their fridges during the day for no good reason. I’m one of those curious humans. Opening the door causes cool air to be lost, and the fridge to expend extra energy to re-cool the inside.

Okay, but why not just have a clear window, so you don’t even have to knock on the dark glass to light it up and peer inside? Apparently LG tested it, but early users complained that their fridges looked messy inside, and didn’t want to look at the clutter everytime they passed through the kitchen.

However, the standout feature for the Smart Refrigerator may not even be Windows 10 or Knock-On, but its built-in cameras. 2MP panoramic wide-angle cameras cover the entire fridge’s interior, and you can see what’s inside using a smartphone. No more wondering if you still have something in the fridge when you’re out shopping at the supermarket. 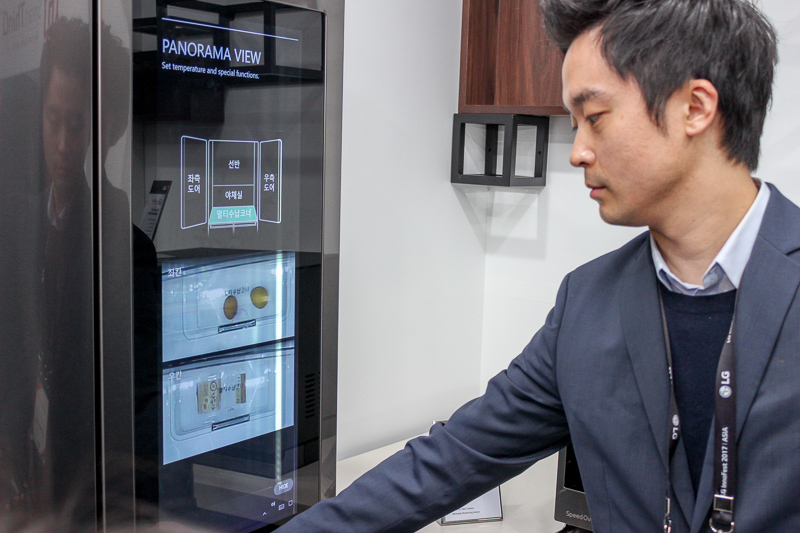 There’s no official launch date or price yet for LG’s new line of fridges, but an LG spokesman said we should expect to see them in Singapore in the later half of the year.