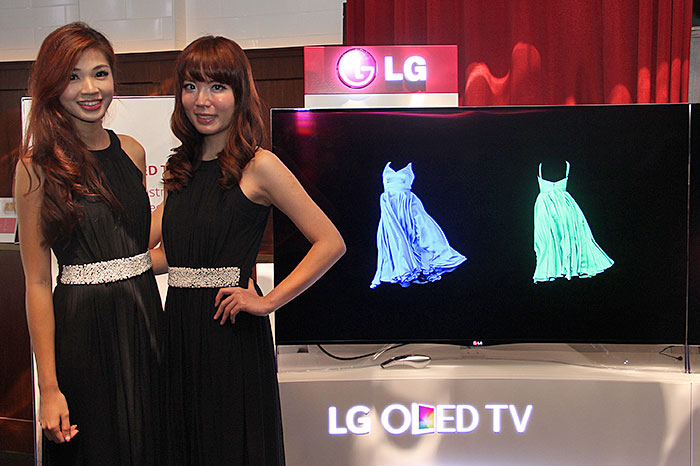 Take Your Pick: A Curved or a Flat OLED TV?

Now that Samsung has shown its hand, it’s LG’s turn to reveal its TV plans for the Singapore market in 2014. Expectedly, in addition to the bread-and-butter full HD smart TVs, LG is also focusing a great deal on its OLED (organic light-emitting diode) and 4K UHD (ultra-high-definition) TVs. For a start, let's take a look at the two new OLED TVs.

First up, we’ve the 55EA970T, which is LG’s latest 1080p curved OLED TV. In a nutshell, it’s the DVB-T2 version of last year’s 55EA9800. Like its predecessor, it uses LG’s 4-color pixel tech (which adds a white sub-pixel to the usual RGB group) to enhance color range and accuracy. The curved screen also stands on curved crystal stand in an attempt to create a floating illusion. Interestingly this time round, LG has dropped the two-channel, ceramic film speakers that were on the 55EA9800 from the 55EA970T’s crystal stand. This super-slim TV is also a 3D TV, relying on LG’s FPR (film-type patterned retarder) tech. In layman’s parlance, it’s a passive 3D TV, and uses passive 3D glasses that are flicker and battery-free, light, and comfortable.

The usual smart TV features that we see in the 55EA9800 and LG’s 2013 smart TV lineup are also present, such as the Smart Share content-sharing function (leveraging technologies like MHL, WiDi, Miracast, NFC), the Time Machine II program-recording feature, and Skype support (requires a separate camera accessory). There's also something new called Ultra Surround, which as the name implies, is a sound effect that aims to deliver effective surround sound through the TV's built-in speakers. That said, the 55EA970T still sports the company’s Smart Home UI (complete with a full web browser and an app store), and not the WebOS smart TV platform that LG is pushing on some of its newest 4K UHD and full HD TVs. The bundled Magic Remote is also the same one we saw last year. 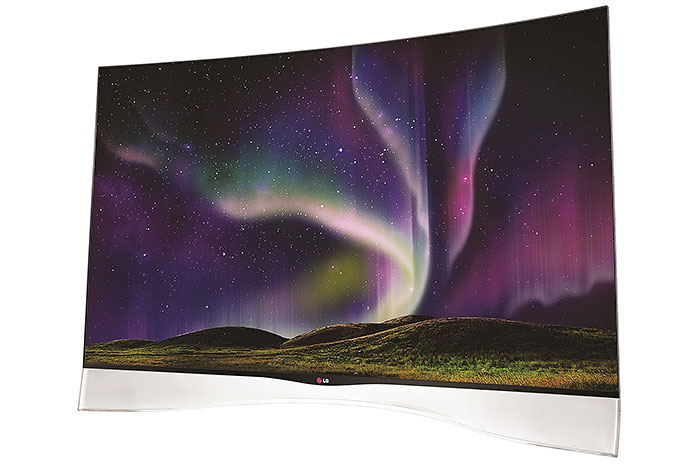 Also new in Singapore is the LG 55EA880T Gallery OLED TV, which we first saw at IFA last year and again at this year’s edition of CES. To recap, this 55-inch flat OLED TV has a faux art mat to hide its forward-facing, 2.2-channel ‘Canvas Speaker’. Because of its picture frame, when the TV is mounted on the wall, it creates the impression that you’re looking at a painting. It has a eGallery feature that provides a variety of display modes that can be activated to create a specific mood. For example, the Gallery Mode turns the TV into a picture frame displaying some of the world’s most famous works of art. Tech-wise, it packs similar goodies as its curved sibling, including the WRGB sub-pixels, DVB-T2 support, Smart Share, FPR 3D, and LG's Magic Remote. Interestingly, it also earns a 'Sound designed by Harman/Kardon' tag, which implies that while it also comes with the new Ultra Surround mode, its speakers are further tuned to Harman/Kardon's specifications. 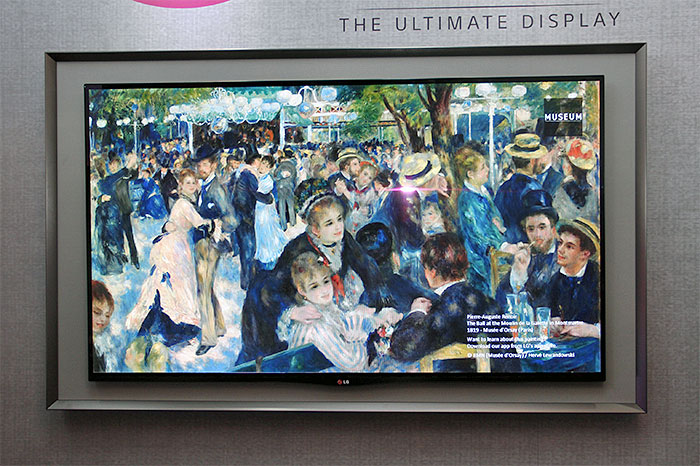 Tl;dr? Here's a summary of the key specs of the two new OLED TVs, courtesy of LG Electronics. 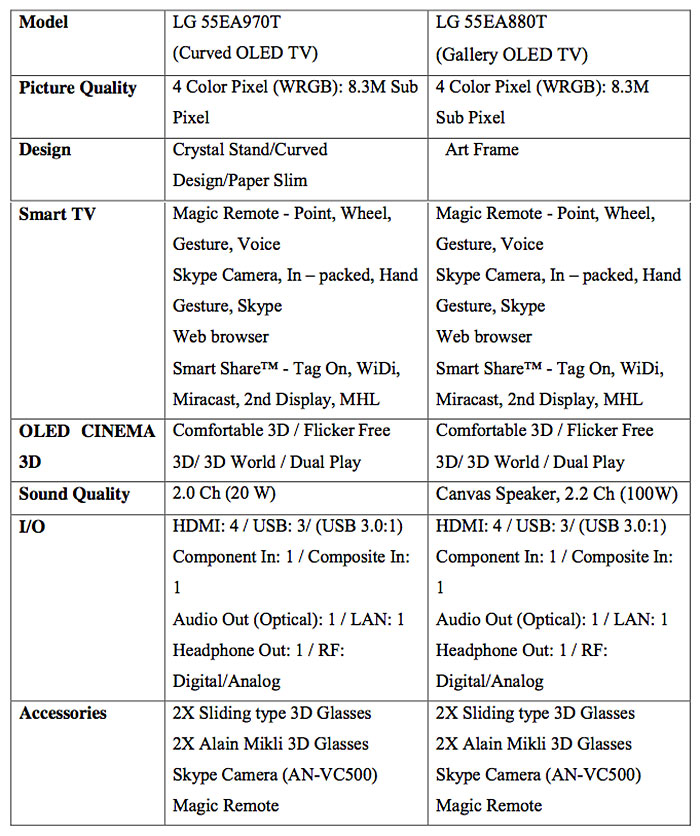