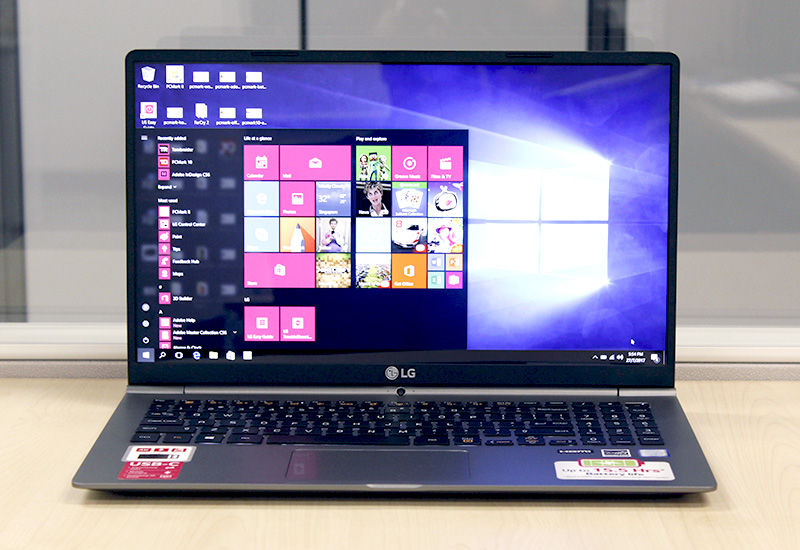 Like the gram 13 and 14, the gram 15 is now only available in dark grey. In terms of dimensions, very little has changed. The gram 15 remains about 17mm thick, but weight has gone up slightly to 1,080g - that’s 100g more than last year’s gram 15. The additional weight is due to the substantially larger battery. Despite the extra weight, the gram 15 is still remarkably light for a 15-inch notebook. Lest you forget, 1,080g is still less than what most 13-inch Ultrabooks weigh.

Sadly, the gram 15 suffers from the same flexing issues that I have mentioned earlier with the gram 13 and 14. It doesn’t really affect the functionality of the notebook as LG has assured us that extensive tests have been done to ensure that the chassis can stand up to external forces. However, it is unnerving to see the chassis flex and it does make the notebook feel somewhat less of a premium product. 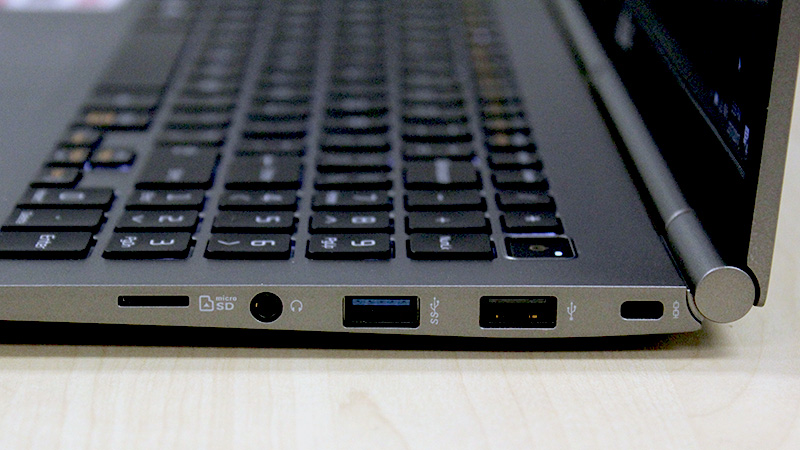 The 15-inch display uses an IPS panel and still only supports Full-HD (1920 x 1080 pixels) resolution. Fortunately, if you don’t squint, it still looks pretty crisp. Colors are quite nice, but like its predecessor, could use more brightness. Compared to the gram 13 and 14, the gram 15’s display is noticeably less bright. It is not a big problem when you are indoors, but using it under direct or harsh lights can be problematic. The glossy type display doesn’t help. Plus, unlike the gram 13 and gram 14, the gram 15 oddly doesn’t have a Daylight mode that boosts contrast to improve legibility in bright environments. The gram 15 does, however, come with the Reader Mode. 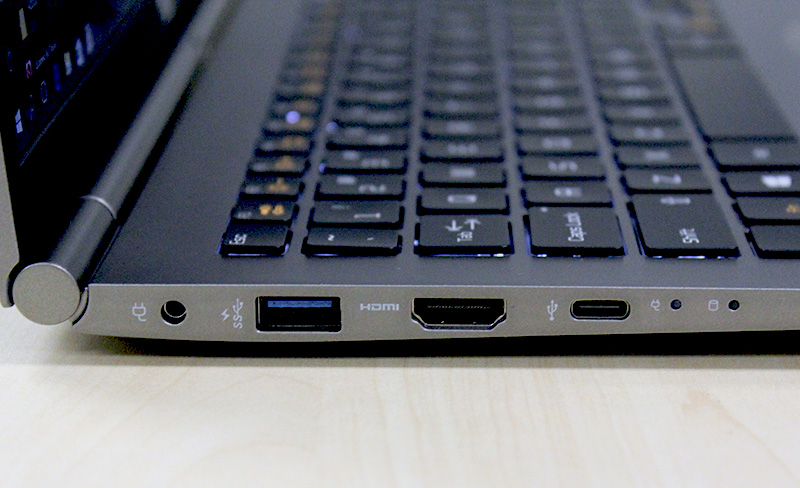 Connectivity is great. The gram 15 has all the ports that the smaller gram 13 and 14 have and that means a microSD card reader, two USB 3.0 ports, a single USB Type-C port supporting USB 3.1 standards, a full-sized HDMI port, but it trumps the two smaller gram notebooks with an additional USB 2.0 port. Sadly, support for Thunderbolt 3 is missing. Wireless connectivity is handled by an Intel Wireless-AC 8265 adapter which supports Bluetooth 4.2 and wireless 802.11ac with speeds of up to 867Mbps.

Like the gram 13 and 14, the gram 15 also features a Cirrus Logic DAC and DTS Headphone: X technology. An audio control panel, accessible through the Windows taskbar lets you play around with EQ settings, surround sound settings, and Bass Boost. However, the built-in speakers themselves are uninspired, and sound hollow and thin. 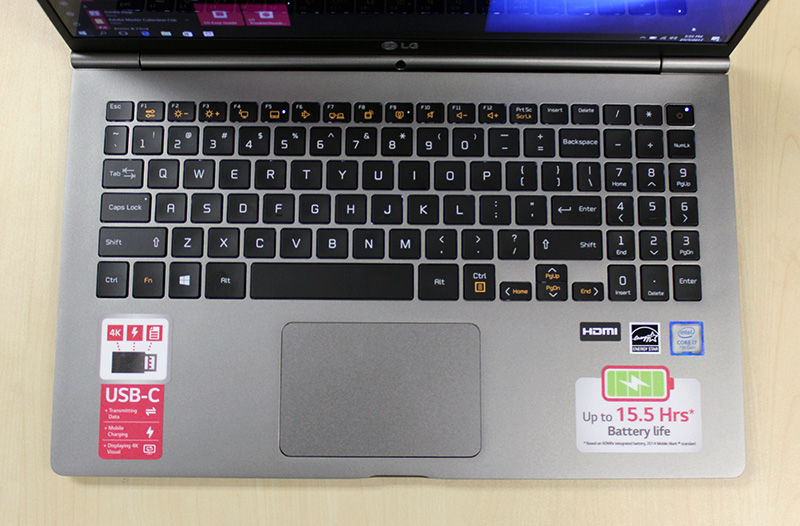 The gram 15 retains mostly the same keyboard as last year’s model. As a result, it suffers the same issue as last year's model and that is keys like "Backspace" and "Enter" are a little small considering their position next to the number pad. This isn’t a problem with the smaller gram 13 and gram 14 as they don't have a number pad so it is easy for touch typist to find keys like "Backspace" and "Enter". That said, I think most users can adjust to this without too much issue.

The bigger issue, however, is with the flexing that comes about when you type too forcefully. It doesn’t feel as solid as it should. But if it is any consolation, the general feel of the keyboard is actually quite good, with just about the right amount of resistance to create a tactile typing experience. Pity about the chassis flex.