Note: This article was first published on 3rd August 2017 and republished again as it's our Tech Awards 2018 winner of the Best Ultraportable Notebook category. 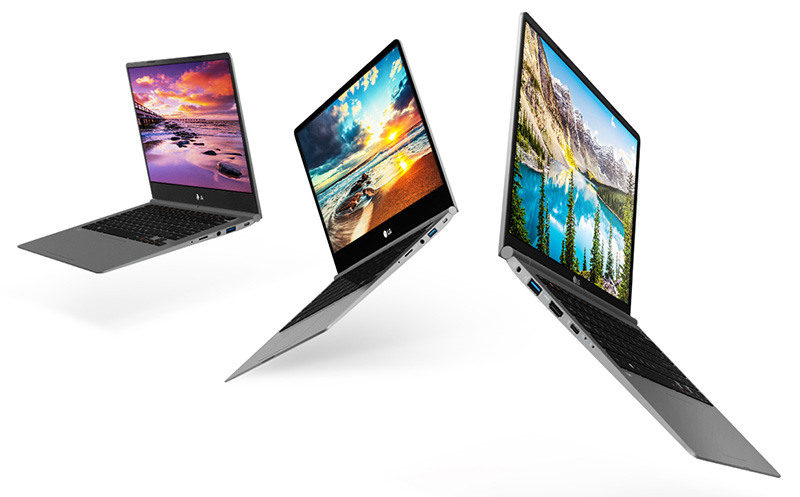 LG notebooks: The story so far

LG marked the return to the local notebook scene with a bang last year with the incredible LG gram 14 and 15 notebooks. We reviewed the original gram 15 and found it to be a very good notebook. Even though it has a 15-inch display, lightweight materials used in its construction means that it weighs a scant 980g. That's even less than most 13-inch Ultrabooks. It’s even less than an 11-inch MacBook Air!

For 2017, LG has dutifully refreshed its gram line-up to include the latest seventh generation Kaby Lake processors from Intel. In addition, LG has also expanded its gram offerings locally to include the 13-inch gram 13 alongside the 14 and 15-inch variants. We have gathered all three in our labs to put them to the test, so let’s dive straight into the review. 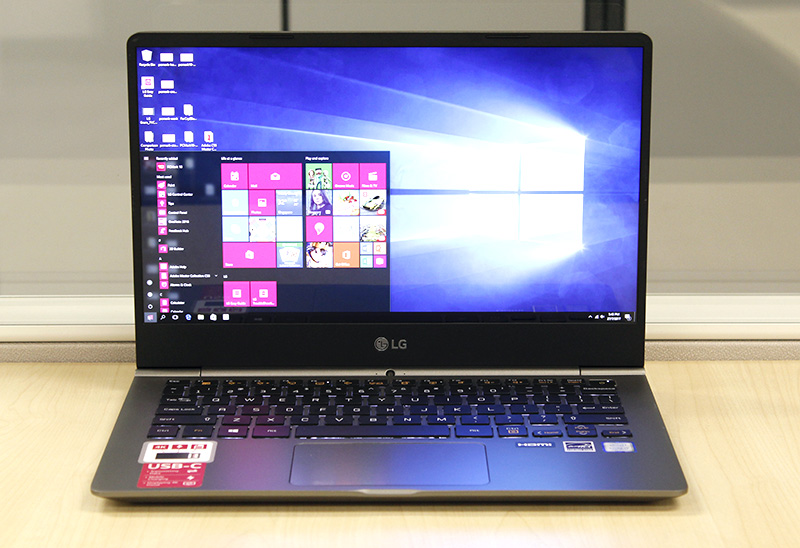 The baby of the trio is the gram 13. This is also the first time that LG is making the gram 13 available in Singapore.

The gram 13, as you might have already surmised from its name, has a 13-inch display. The entire chassis is made out of magnesium alloy, giving it an overall weight of just 840g, which makes it one of, if not the lightest 13-inch notebook on sale right now. True enough, in the hands, the gram 13 feels incredibly light and it's just 15mm thin. And when I showed it around to colleagues, they couldn’t believe that they were holding on to an actual working notebook - they thought it was a dummy unit. In fact, that's also the exact same response we got when we showed the original LG gram 15 to a different set of colleagues last year - it just feels impossible. 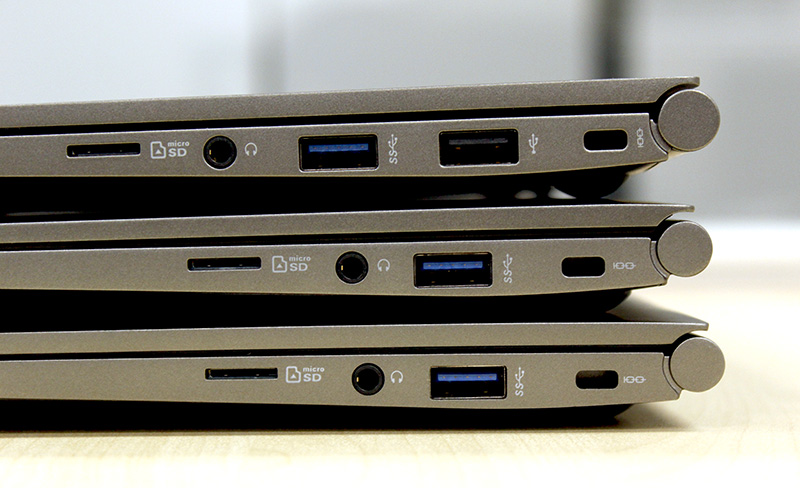 That said, the decision to go with magnesium does have some trade-offs. Unlike aluminum, our experience with magnesium notebooks tells us that they exhibit more flex and they feel more plasticky. And sadly, this is the case with the new gram 13. The chassis flexes noticeably when you apply pressure, and one of the reasons why many of my colleagues thought they were handling a dummy unit was because the notebook felt like it was made of plastic. Unfortunately, this seems to be a problem that faces many magnesium notebooks such as the gram 15 that we reviewed last year as well as the Lenovo Lavie Z that we got to handle at CES some years ago.

In any case, LG assures me that the gram notebooks have all been extensively tested for rigidity, and that the flexing has been intentionally designed into the notebook to help it absorb shocks more effectively. Moreover, LG also said that the notebook's panel can withstand up to 200 kgf of external force with breaking. To prove it, they have even made a video here:

The video does allay much of my fears, but even so the amount of flex is still disconcerting and it still doesn't detract from the fact that the plasticky feel of the notebook makes it feel less like a premium notebook.

The first generation gram notebooks were available in gold, but this time round, LG is only offering them in dark gray for now. It looks more gunmetal than gray, and fortunately, it doesn’t look as dull as its name might suggest. Personally, I very much prefer gold but LG says that its customers prefer something more discreet and understated.

Unfortunately, the gram 13 only comes with a Full-HD display. It is not bad by any means, but in today’s world of ultra-high resolution displays, a Full-HD display looks a bit dated. Its saving grace is that the display uses an IPS panel so images and text still look pretty crisp and sharp, and viewing angles are quite good. That said, I noticed that colors look a tad washed out especially at higher brightness settings. 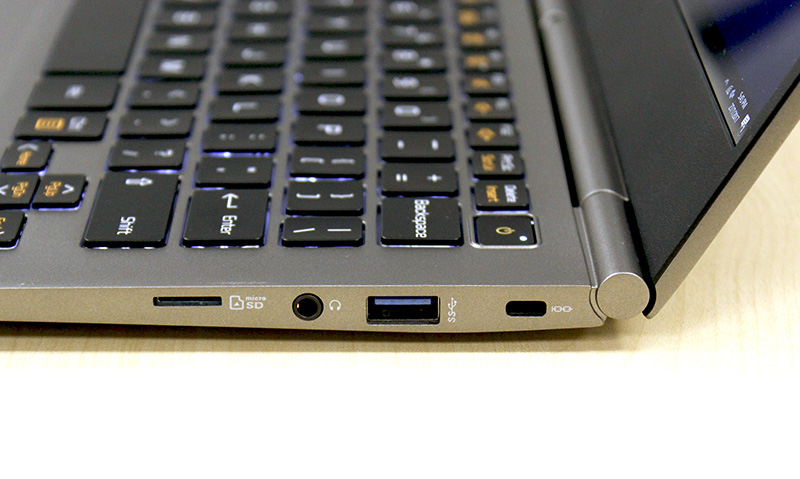 The display also features a couple of useful viewing modes. The first is Reader Mode, which adjusts the display by reducing blue light and turning the display warmer to make it less fatiguing to read. It reminds of iOS’ Night Shift mode. The second is Daylight Mode, which increases the contrast to make the display more usable under harsh lights. It seems to work quite well, but activating it does throw off the colors somewhat, so make sure you aren’t editing photos with Daylight Mode turned on. It is worth noting also that the top and side bezels are really thin, which contribute to the overall compact design of the gram 13.

Underneath the proverbial hood, the gram 13 is powered by Intel’s newest Kaby Lake processors. Two configurations are available and users can choose between the Core i7-7500U processor (2.7GHz, 4MB L3 cache, Intel HD Graphics 620) and the Core i5-7200U (2.5GHz, 3MB L3 cache, Intel HD Graphics 620). Regardless of the processor you choose, the gram 13 will come with 8GB of RAM and a 256GB SSD. The unit that we are testing is the one with the faster Core i7 processor. 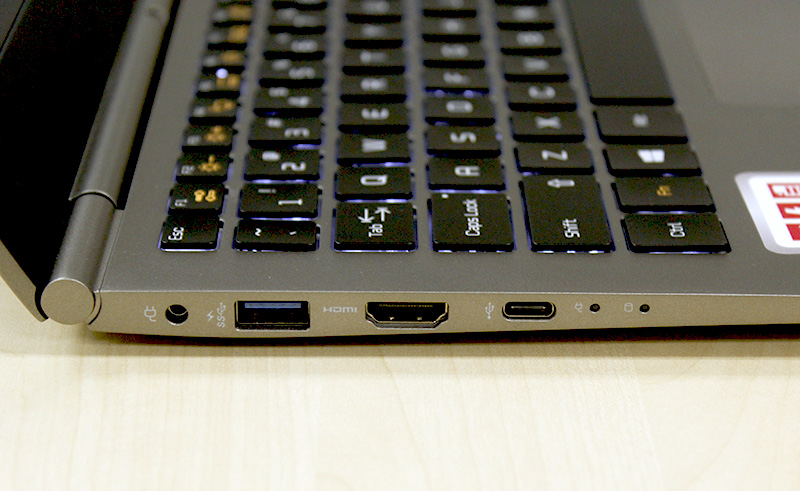 As for connectivity, the gram 13 has just about all the ports anyone would need. There are two full-sized USB 3.0 ports, a single USB Type-C port that supports the USB 3.1 standard, a microSD card reader, a 3.5mm audio jack, and a full-sized HDMI port. Sadly, Thunderbolt 3 is nowhere to be seen here. Wireless connectivity comes in the form of an Intel Wireless-AC 8265 adapter which supports Bluetooth 4.2 and wireless 802.11ac with speeds of up to 867Mbps.

One of the features that LG is keen to highlight is that the gram 13 has a DAC from Cirrus-Logic and also DTS Headphone: X, which is a virtual surround sound technology. I have never been a fan of virtual sound technology and I’m still not. Nevertheless, some users might find the bundled DTS Audio settings panel quite useful as it lets you play around with EQ settings, virtual surround, and Bass Boost. Also, the built-in speakers of the gram 13, like so many other notebook speakers, sound tinny and uninspired. 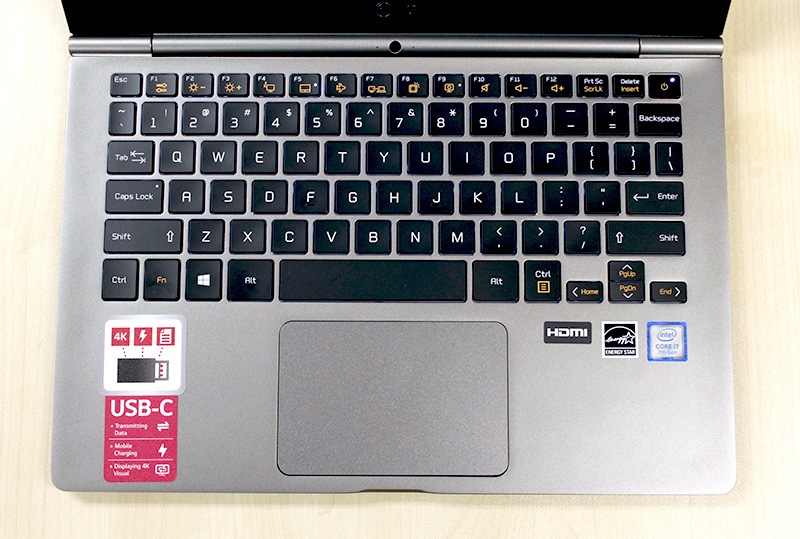 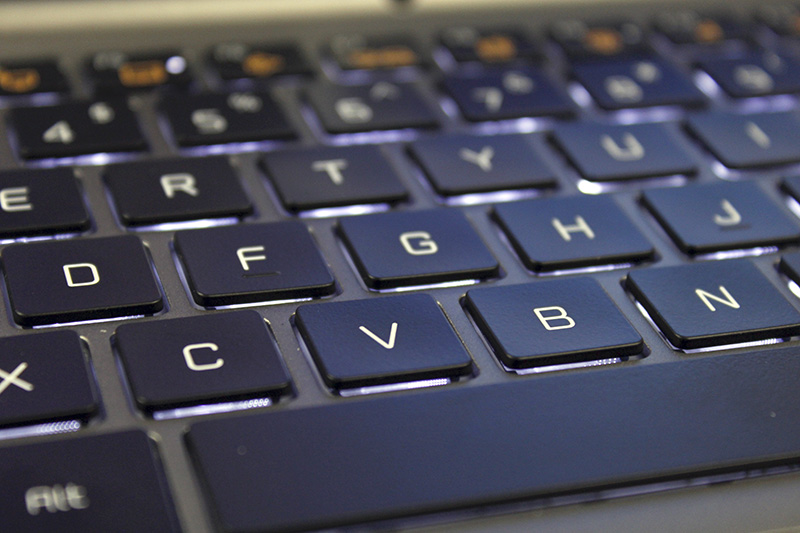 The gram 13’s keyboard and trackpad are both very usable. One of the complaints of the first generation gram notebooks was that the keys did not have backlights, so guess what, LG has put backlights on all of the new gram notebooks this time round. The keys are well-sized and offer a good amount of feel and resistance, but they aren’t quite as satisfying to type on because every press on the keyboard reminds you of how easily the chassis flexes. And this is especially obvious if you happen to be like me and type with heavy forceful keystrokes. The trackpad is sufficiently wide and spacious. It is also responsive and accurate, so no complaints here.