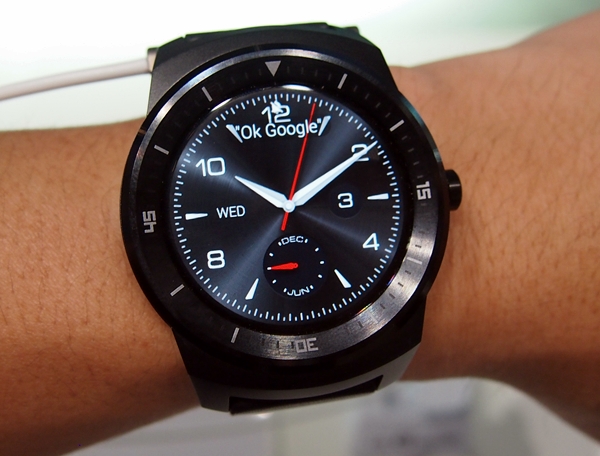 We have seen several smart watches at IFA 2014. Samsung unveiled its fifth wearable device, the Gear S with a 2-inch curved Super AMOLED display a week ago and we had a hands-on session at Samsung Unpacked 2014 Episode 2. We also checked out the ASUS Zen Watch and the Sony Smart Watch 3 yesterday.

However, the real showstopper for us at IFA 2014 is the LG G Watch R, which was pre-announced a week earlier. We dropped by the LG Booth at IFA 2014 and checked out the G Watch R. Here's our initial take!

While the G Watch R is not the first Android Wear device to sport a circular display, LG claims it is the first watch-style wearable device to sport a circular Plastic OLED (P-OLED) display. Bragging aside, the P-OLED display is simply gorgeous even though it has the same display resolution (320 x 320 pixels) as most of its competitors. Colors are punchy and the contrast is very good. 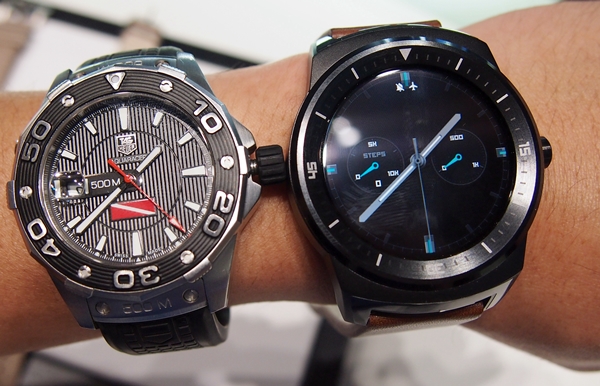 What's equally as impressive as the display is the more premium, stainless steel body. To set the record straight, the minute indicators around the rim of the display are permanent and part of the metal case. As such, it does makes the G Watch R look more like a traditional watch than other Android Wear devices. On the other hand, the G Watch R may be a little too masculine for female consumers. The underside of the G Watch R is still plastic though and that's where the charging pins are situated to the left of the heart rate sensor. Similar to the Gear S and Zen Watch, you will need a proprietary cradle to charge the G Watch R. As mentioned in our hands-on of the Sony Smart Watch 3, this charging method is not very convenient to consumers as they need to bring the cradle along with a micro-USB cable. 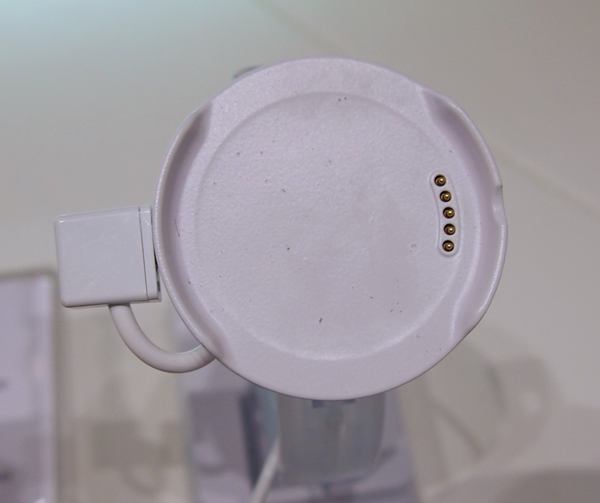 By default, the G Watch R  comes with a 22mm calf-leather strap which feels and fits comfortably on our wrist. You can change the default strap with third party options and over at IFA 2014, LG showcased a variety of wrist strap options. 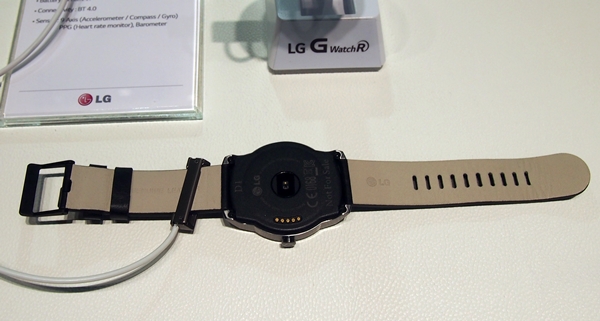 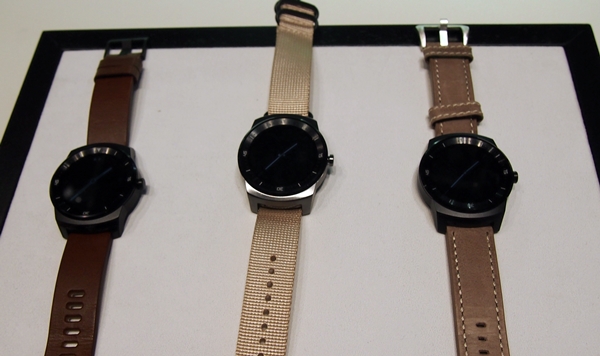 The ability to customize clock faces is one of the key advantages smart watches like the G Watch R have over traditional watches. LG preloads several of its own clock faces aside from the stock Android Wear options, which are the best we've seen so far. 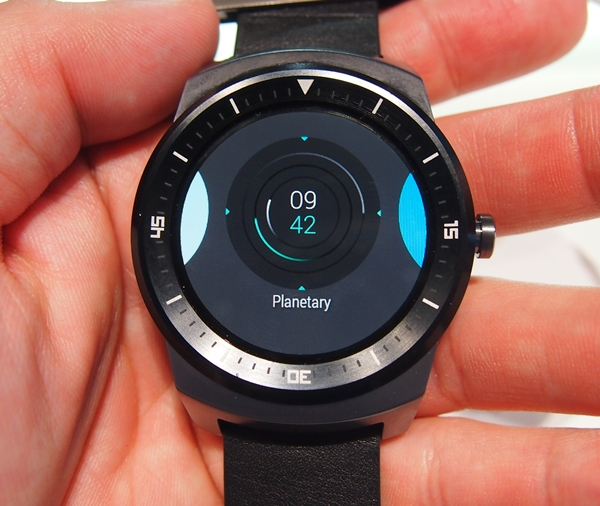 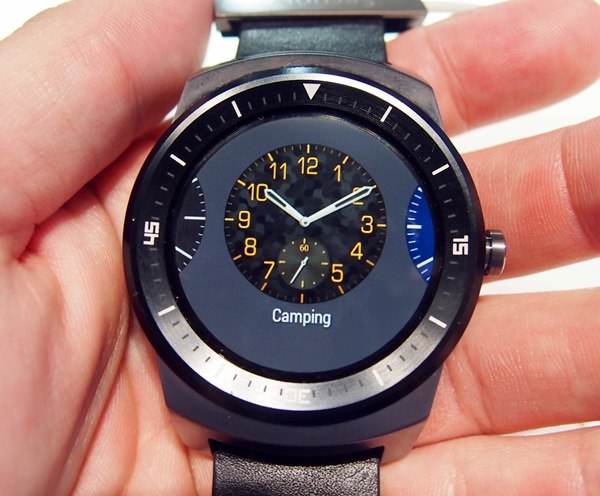 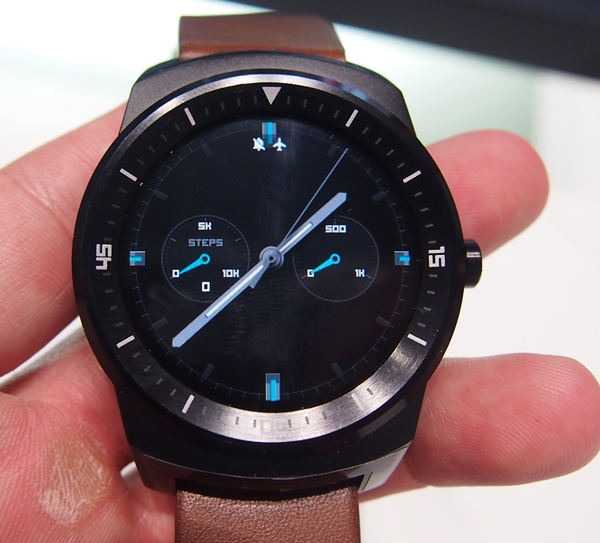 The G Watch R is powered by a Qualcomm Snapdragon 400 quad-core 1.2GHz processor, 512MB RAM and has 4GB internal storage space. Its 410mAh battery is stated to provide up to two days of usage.

LG states that the G Watch R will be available in key markets in early Q4 of this year. There is no official price tag for the G Watch R, but we were told by a LG staff that it will cost more than the G Watch which currently retails for S$268. With the Motorola Moto 360 costing US$250 (S$320), we reckon the G Watch R should be priced in the same range.