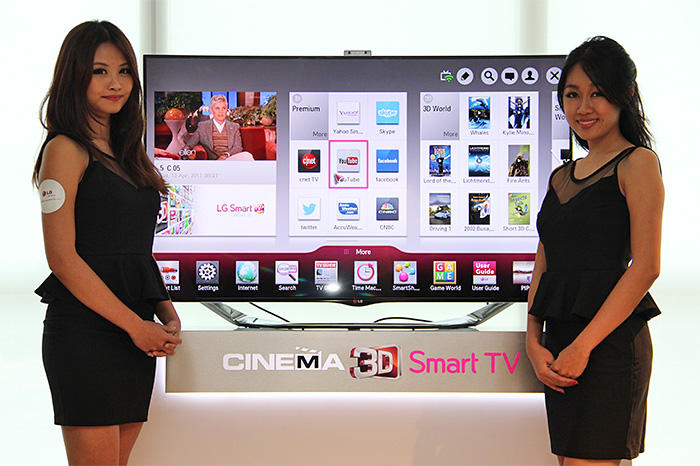 We’ve seen what Panasonic, Sony, and Samsung are doing for their TVs this year, and now it’s LG’s turn to wow us with its 2013 TV lineup. And this was exactly what the company - one of the world’s largest LCD panel maker - did during a press event earlier today at the The P’ Club Group’s (a luxury furnishings company) exclusive showroom.

LG’s 2013 Smart TV lineup in Singapore consists of no less than 17 models, with the majority of them being Cinema 3D Smart TVs, which means on top of Smart TV functions, they’re also 3D capable. Like all the other major TV makers, minimalist design is still very much the trend this year. The high-end to midrange series (LA8600, LA7400, LA6620) in particular sport the company’s Cinema Screen design, which focuses on premium premium finishing and having the product assimilate with the surroundings. Especially for the latter, to achieve the illusion of a big screen floating in the air, a lot of emphasis is place on stand design (the LA8600 and LA7400 have a 'Magic Swivel' stand that incorporates tiny roller tracks under the stand) and making the bezel as thin and as unnoticeable as possible.

Besides aesthetics, LG is also keen to point out the smarts that its latest Smart TVs have. And one of the tentpole features is the company’s latest Magic Remote. As we’ve reported in our CES coverage earlier this year, the new remote comes in two models, one for the premium Cinema 3D Smart TVs (such as the LA8600) that features LED backlit buttons, and one for standard Cinema 3D Smart TV models. Other than the usual pointer and scroll wheel, you can use gestures and voice (the remote has a built-in microphone) as modes of control. For gesture control, in last year’s Magic Remote, you can change to the previous channel by moving the remote towards the right while holding down the OK button; in the 2013 Magic Remote, you can draw a line to the right to do the same thing or just write the channel number on the screen. If you only wrote one number, and there are several channels that start with the same number (say, channel 3, channel 301, channel 302), a little menu will pop up at the top left for you to select the desired the channel. 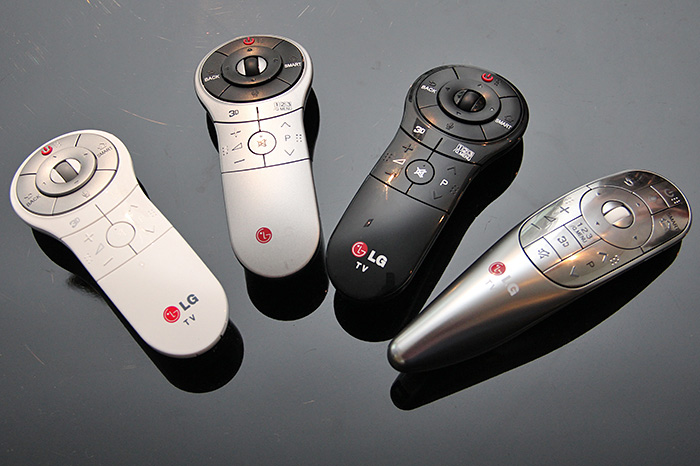 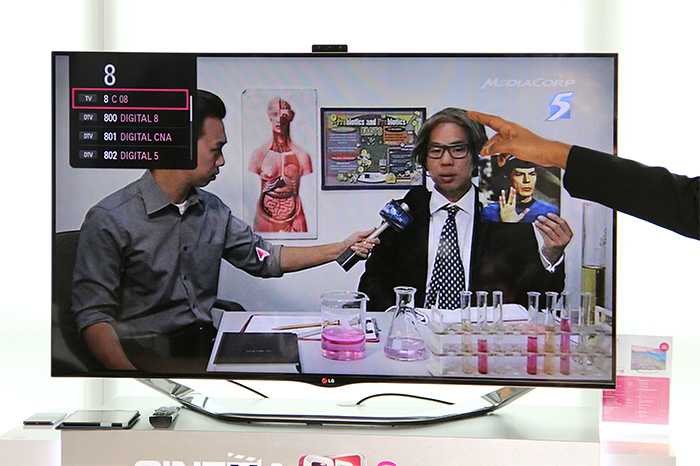 For voice, LG is boasting of even more accurate speech recognition thanks to a new natural language recognition software. Take note though, the voice feature works more like voice recognition for search than for voice commands for TV functions. In other words, you can use voice to search for content (on the TV, YouTube, Internet, etc.), but you can’t use voice to control other functions of the TV, like changing the channel or input. For the latter, you should use the new motion control feature. In short, you can turn off the TV, change the volume, channel, and input source using hand gestures. The catch is that this requires the TV to have a camera, such as those in the LA8600 series. For other TVs, such as those in the LA7400, LA6620, LA6200, and LN5710 series, you can get the optional camera (AN-VC400). And lastly, if your home A/V setup is made of LG products, there’s a LG TV Remote app (Android, iOS) that turns your smart device into a universal remote for your LG TV, Blu-ray player, and sound system. 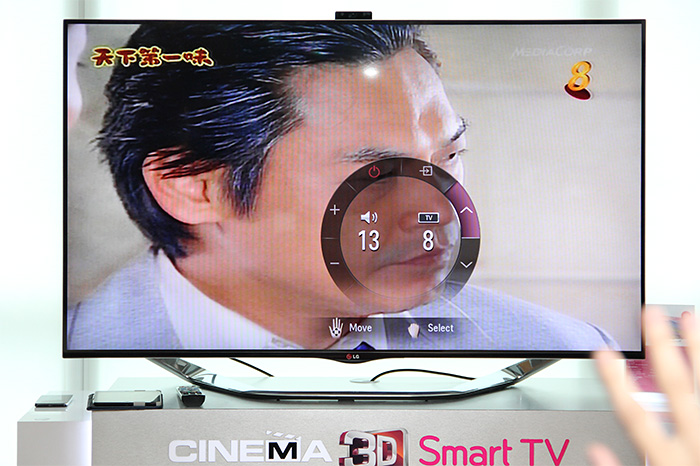 Another highlight for LG’s 2013 TVs is the Smart Share function that lets you share content from devices like PCs, smartphones, and tablets on the TV. The underlying technologies of Smart Share include MHL (Mobile High-Definition Link), Intel Wireless Display (WiDi), and Miracast. Miracast in particular is very useful for Android (4.2 and above) users to easily mirror their device’s screen on the TV, sans a wireless router. If you’re using an iOS device or a Mac, you’ll need an Apple TV box that has a feature called AirPlay Mirroring which basically does the same thing, because Miracast isn’t support on Apple devices. 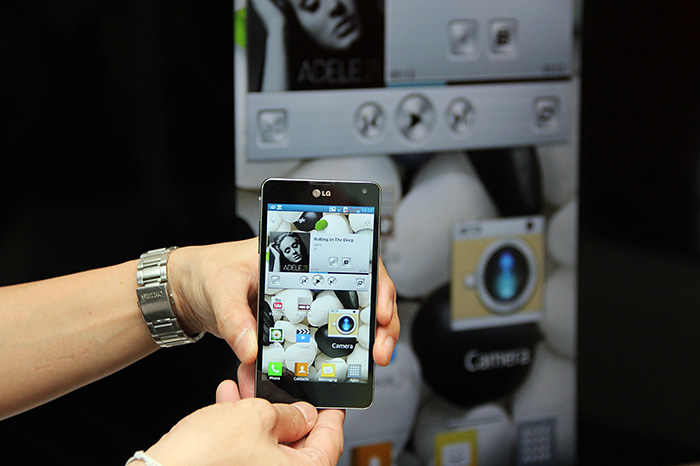 To simplify the Wi-Fi connection procedure between a smart device and the TV, NFC also makes an appearance on the new TV models via a Tag On feature. In a nutshell, you can pair your NFC-enabled Android device to your TV simply by tapping it to a receiver tag (it's a sticker that you can stick anywhere near your TV) that comes with the TV, without going through a complicated setup process like in the past. Of course, before that, you should install the LG NFC app from the Google Play Store. When a connection is established, the NFC app will call up the LG TV Remote app. From the app, you can summon an on-screen keyboard, as well as use your smart device's screen as a trackpad. On a related note, LG TVs have since last year a feature called 2nd Display which lets you watch what’s on your TV on your smartphone or tablet over Wi-Fi. 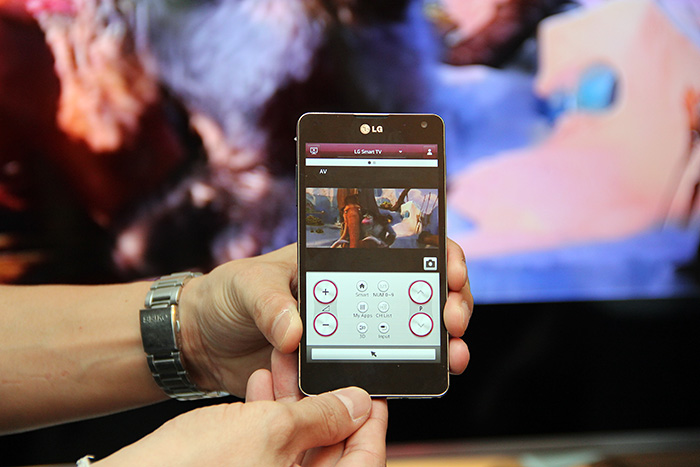 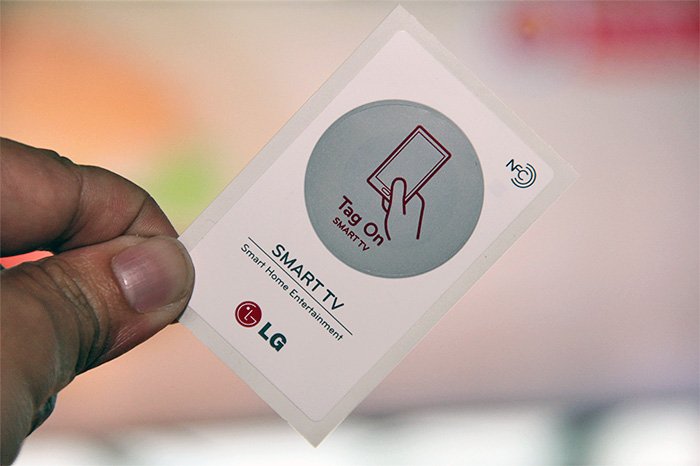