Lenovo's Weapons For Taking Over the World - New Think Machines

Lenovo's Weapons For Taking Over the World

Gearing Up to Take Over the World

Analysts have predicted that 2012 could very well be the year that Lenovo displaces HP as the world's top PC manufacturer (based on sales). And when you're gearing up for the top spot, you've got to have some very strong products that will make sure you stay there - like the Think series of machines. Today, Lenovo revealed a number of refreshed Think branded desktops and notebooks designed entirely for power business users. We give you a quick rundown on some of their key models across various form factors. 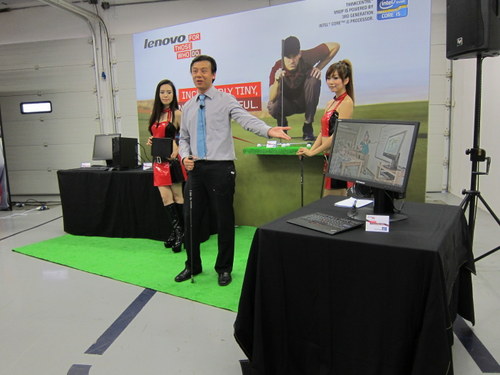 The first machine to be introduced is the ThinkCentre M92. It comes in two form factor options - tower or tiny. The "tiny" form factor is incredibly small (just 1 litre in volume), and is no thicker than a golf ball for easy mounting onto the back of a monitor; likewise, it can be stashed away almost anywhere. Despite the small size, it runs a powerful (35W, dual-core) desktop processor with the help proprietary cooling technology. It's energy requirements are also incredibly small (just like its footprint), allowing it to run on just a 65W external power adapter. 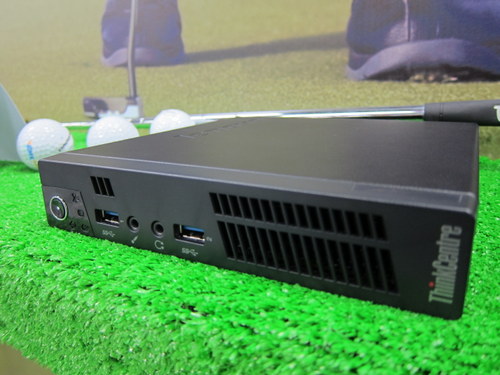 All employees are equal in an organization, that's why they all deserve Think machines. However there are some who don't require their machines to be extremely tiny, but still need it to be reasonably sized and energy efficient. For them, there's the Lenovo ThinkStation E31. It comes in 2 form factors, a standard tower as well as a 11-litre, small form factor machine. It has the standard enterprise guts, including error-correcting memory that guards against memory related failures. Customers also have the choice of fitting the machine with the latest Intel Xeon E3-1200 v2 or Core processors, and also options for either integrated Intel HD Grphics P4000, NVIDIA NVS, up to a Quadro 4000 for the most demanding of tasks. 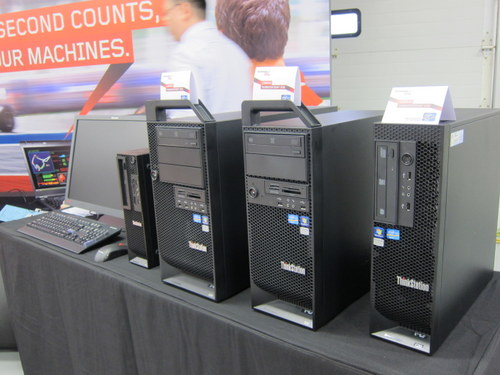 Last up for the desktop space, is the 21.5-inch, 10-point multi-touch display ThinkCentre Edge 92z, a slim commercial all-in-one machine (AIO). Unlike other consumer AIOs, this one is able to equip itself up to a quad-core 65W, Core i7-3770S processor. To accompany the powerful processor, you also have the option of having discrete graphics (courtesy of an AMD Radeon HD 7650A) to power up your full HD (1080p) screen. And if you were using the model with discrete graphics, you'd only need a 180W power supply, which is testament to how energy efficient the machine is. 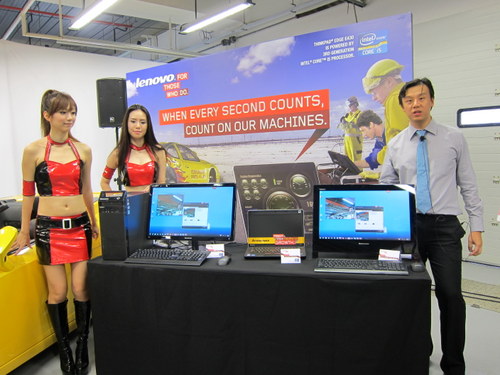 Of course, enterprises large and small have different requirements for different employees. Lenovo has also updated most of its Think branded (ThinkPads, ThinkCentres and ThinkStations) machines with Ivy Bridge processors to better cater to any company's needs. 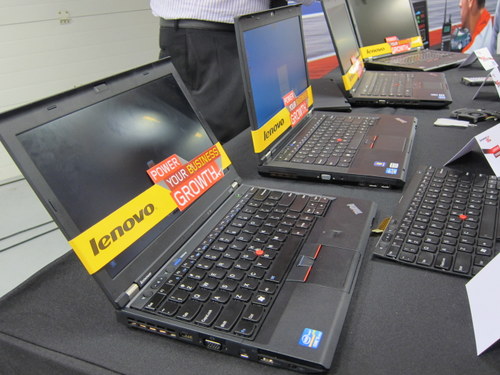