Give it a Thought

First of all we’d like to give a big thumbs up to the folks over at Lenovo, who invited us down to have a moment of intimacy with the most desirable business notebook you can wave your company credit card at. And that, my friends is nothing to be scoffed at, because the new ThinkPad X1 could very well be epitome of the entire ThinkPad line at this very moment.

Since it was introduced in 1992 by IBM, the ThinkPad series has been collecting several awards and accolades along the way. Affectionately called the "black slab" by its fans, the ThinkPad has carved out its own place in the halls of personal computing, through its infallible dependability. Since taking over the ThinkPad line in 2005, Lenovo has worked continuously to improve the ThinkPad line, and today, the result of all that research is the latest in the X series of ThinkPads, the X1. 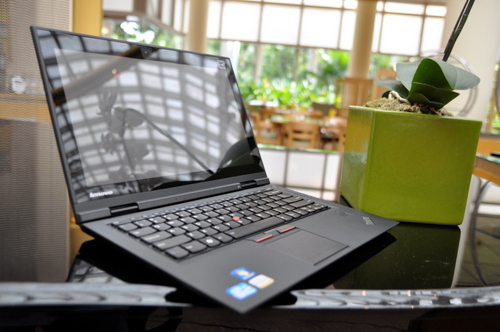 From the get go, you would notice that the sensible beauty that is the X1 still retains the iconic look that has defined ThinkPads for the past 20 odd years. The exterior of the notebook is still all-black, covered in a matte black finishing that effectively repels any and all fingerprints, with only a Lenovo and a ThinkPad logo emblazoned on the left and right respectively. You would also notice immediately the black latch that keeps ThinkPads safely closed, has been removed. Probably to provide its users easy and quick access, without the need for any fumbling whether on the road (note that we do not condone any gadget shenanigans while driving), on the train or in a plane.

Ports that are usually found at the side, are mostly located at the rear end of the machine, and that includes the usual suspects from the Mini DisplayPort, HDMI, eSATA and USB 3.0. We felt that a couple more USB ports would be nice, but then again some compromises must be made to keep its thin profile (measuring just 16.5mm at the thinnest part). The X1 also comes with a SIM card slot, essential for those who must be connected via the 3G network constantly for maximum efficiency. Because after all, the current ThinkPad slogan is “For Those Who Do”, and you must admit you can’t do very much if you have no web access these days. 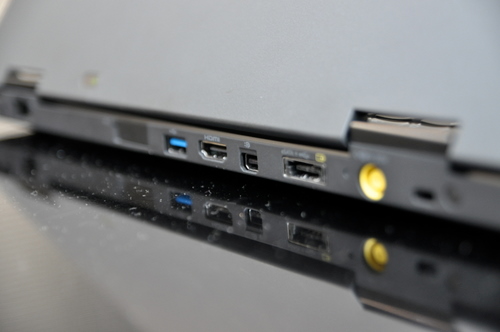 Open up the notebook, and something strange will hit the eyes of ThinkPad purists who've struggled to overcome the lack of a latch which we mentioned earlier. That strange thing would have been the edge-to-edge 13.3-inch glossy screen, a first on a ThinkPad. But before you get yourself worked up into a huff, let it be known that there is actually a reason to this 'madness', for it isn’t just any ordinary glass - it’s Corning’s Gorilla Glass. 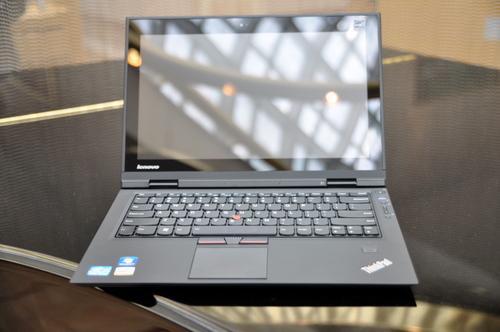 Yes that's right, the same ultra-durable, scratch-proof glass that is found on most modern smartphones these days. This conscious choice of a glossy screen is made due to the fact that executives in a rush often stuff bits of everything between their notebooks, while shuffling between meetings. So pens and paperclips everywhere had better watch out because Gorilla Glass is probably the toughest material you can put in front of the fragile LCD. And if that wasn't enough, Lenovo’s Country General Manager, Lee Chown How also assured us that the lid has been reinforced by a carbon and glass fiber mix that makes sure the back would be as tough as the front of the screen.

Other refinements are subtle but nonetheless thoughtful, like the use of a trackpad that eschews physical buttons, allowing for more tracking surface. Island keys -- the de-facto standard these days -- on a spill-resistant backlit keyboard also allows for comfortable typing, while noise suppression on the keyboard will foil those who like to bang loudly away on their keys (though you’d be hard-pressed to actually make out much of a difference). 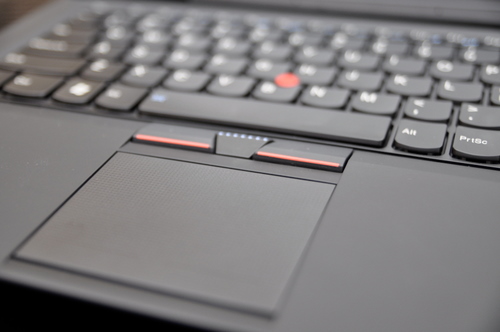 We didn’t find any mention of a discrete graphics option, so 3D gaming of any kind would be out of the question. But the video played during the demonstration didn’t stutter in any way and it's to be expected since integrated graphics have improved significantly over the last year. While running the video, we also noticed that the bottom facing speakers sounded fantastic for such a small enterprise machine, emitting clean and clear sound.

The X1 that we had a chance to play with, uses a 160GB SSD. The use of an SSD significantly reduces boot-up time of the OS, and if that isn’t enough, there is also the proprietary Rapid Boot Extreme technology. It is one of the many “Enhanced Experience” features that are a result of Lenovo’s pool of researchers and engineers working closely with the Microsoft team, by hardware and software tweaking. Just in case you are wondering how long it takes to shut down, well it takes less than five seconds (you cannot be unimpressed!).

A new feature that was demoed, and will be debuting with the X1, is the RapidCharge battery technology. What first came to mind was, “why didn’t they just make a larger battery?” Then of course the answer would be to keep the weight down. This new feature was able to get a completely drained battery, charged to 80% in no more than 30 minutes. What this means is that you can charge your notebook while in the car, having a coffee, thinking about lunch, or any half-hour activity that you do each day.

Those who are interested in getting the Lenovo ThinkPad X1 for themselves (we recommend bugging the I.T department for one), can expect to fork out at least S$3099 for the base version, which comes with a Windows 7 Professional, an Intel Core i5-2520M processor, 4GB RAM, a four-cell 42Wh battery and a 160GB solid state drive. For now, the ThinkPad X1 comes in only one size - a handy 13.3-incher with a comfortable screen resolution of 1366 x 768 pixels. 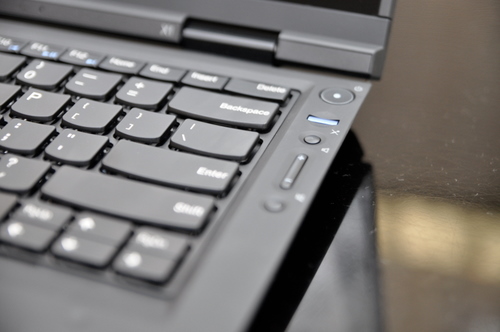 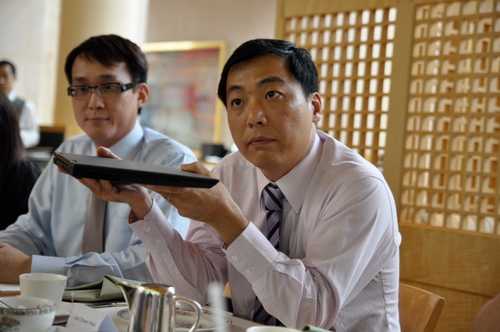 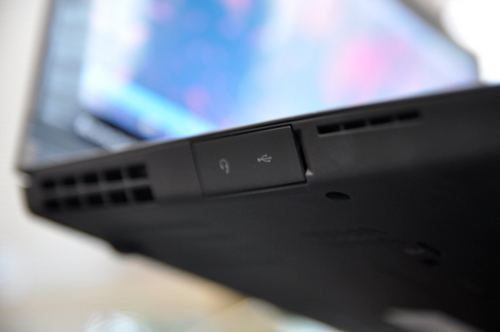 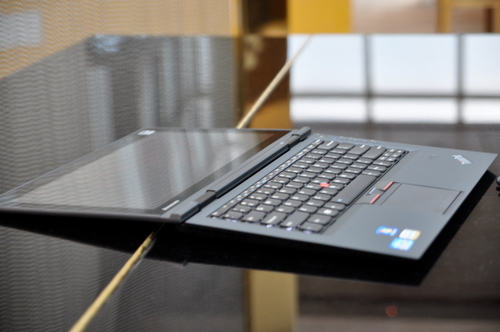 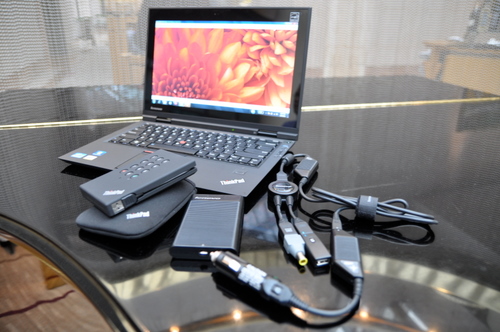