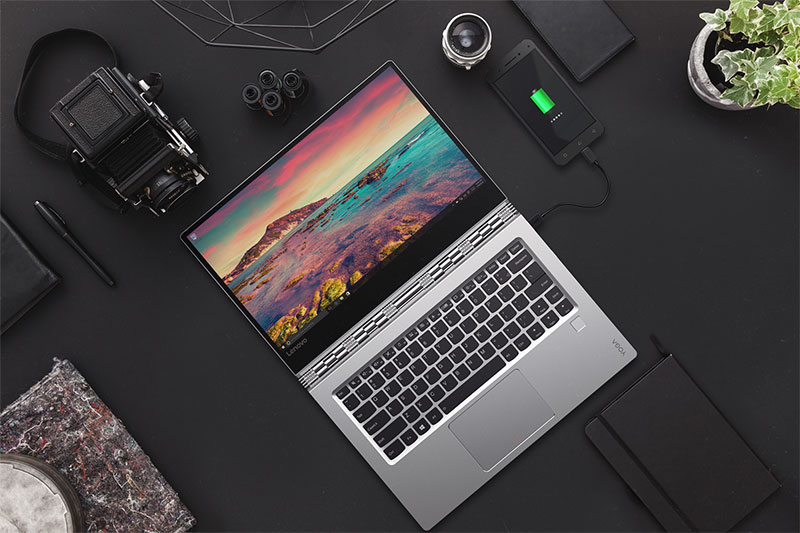 Updated on 28 November 2016: The article originally stated that the Miix 510 will come with a microSD card slot, but it looks like Lenovo has opted to omit this from the final production model. The text has been amended to reflect this fact.

Updated on 16 November 2016: Added details on local price and availability.

Lenovo today announced the Yoga 910 and Miix 510, two new additions to its convertible notebook family. While the just-announced Yoga Book makes a play to be something entirely different, the new notebooks are updated versions of existing models and improve upon their predecessors with updated specifications and designs. The new Yoga 910 is an iterative update of last year's Yoga 900, a 13.3-inch convertible that was in turn an update of the older Yoga 3 Pro.

Each successive update of Lenovo’s 2-in-1 notebook has seen it steadily excise weaknesses while adding new features in order to create a stronger and more compelling product. For instance, the watchband hinge was tweaked on the Yoga 900 to address issues with flexing and screen discoloration when the device was folded over to be used in tablet mode.

It should then come as no surprise that as the latest addition to the pack, the new Yoga 910 is the most polished of the lot. When used in tablet mode, both halves of the device now appear to sit against each other even more seamlessly than before. It’s also a hair slimmer than before, at just 14.3mm at its thickest. It is powered by Intel’s latest seventh generation Kaby Lake processors, which boast faster clock speeds compared to Skylake chips while maintaining the same power envelope. The Yoga 910 can be outfitted with fairly high-end specifications, including up to a Core i7 processor, 16GB of RAM, and a 1TB PCIe SSD.

And while the older Yoga 900 had a fairly thick bezel, that's gone now on the Yoga 910, which sports a sleek edge-to-edge 13.9-inch IPS display. This finally puts the Yoga 910 in the illustrious company of a rare few laptops with ultra-thin bezels, like the Dell XPS 13. You can choose between either a 1080p panel or one with a higher 3,840 x 2,160-pixel resolution, with the FHD option netting you up to 15.5 hours of battery according to Lenovo. Lenovo has also dispensed with its proprietary USB-based charging port, opting instead for a USB 2.0 Type-C port for charging. On top of that, there is an additional USB 3.0 Type-C port that supports video output as well. But for those who prefer something more in the style of the Microsoft Surface Pro 4, there's the Miix 510, a new addition to a series of Windows detachables that already includes models like the Miix 310 and Miix 700.

The Miix 510 is aimed at users who require their devices to serve up equal measures of productivity and entertainment-related functions, and it should work equally well when used for word processing or watching the latest movies. In fact, the key travel distance is pretty decent, so the keyboard is actually fairly nice to type on.

One of the more notable design elements is Lenovo’s inclusion of its watchband hinge on the kickstand. This is a 230-piece mechanism with a full 150-degrees of motion, which means it can be used fairly comfortably on your lap. The hinge felt sturdy and had a good bit of resistance, so you shouldn't find it slipping out of position. 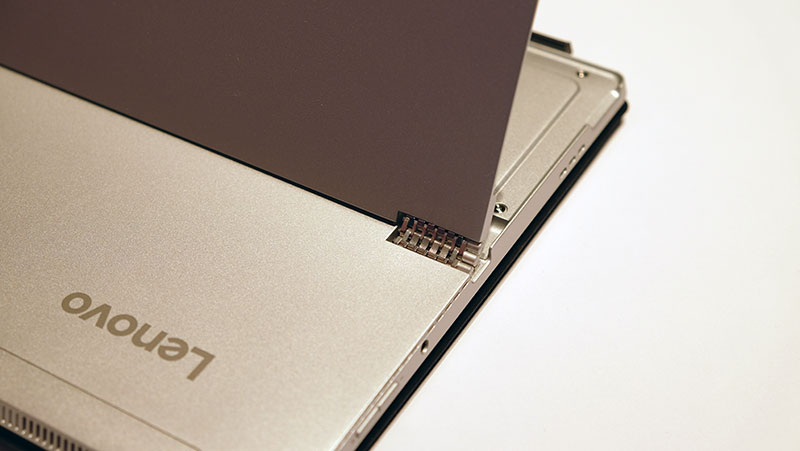 With that said, you won't find the latest Kaby Lake processors here, and you can only equip it with up to a sixth-generation Intel Core i7 processor. This can be paired with up to 8GB of RAM and a 1TB PCIe SSD, which is sufficient for most productivity-related tasks.

Lenovo said it couldn't include the seventh-generation processors because of the difficulty of getting the Miix 510’s optional LTE capabilities to work with the new chips, so it decided to dispense with them entirely. However, future refreshes of the device will probably include the new processors.

The 12.2-inch display has a resolution of 1,920 x 1,200 pixels. That gives you a 16:10 aspect ratio, which appears to be somewhat of a compromise between the 3:2 and 16:9 aspect ratios favored by business and multimedia users respectively.

When handling the device however, we couldn't help but notice how chunky it felt in hand. At 880g without the keyboard, it’s no featherweight, and it is nearly a centimeter thick. Despite what Lenovo says is a one-piece aluminum design, it’s not going to turn any heads based on its looks alone. Finally, USB 3.0 Type-C makes an appearance here for charging as well, and you also get a second USB 3.0 Type-A port that supports always-on charging for your peripherals.