The Leica brand has always been associated with premium build quality and superb optics, though all of that also comes with a premium price tag. The Leica X1 was introduced in 2009 to provide a more affordable, albeit still pricey, compact camera that houses an APS-C sensor. So with the X1's popularity, we weren't surprised that Leica has decided to release a successor, the X2. And the X2 isn't the only new model that Leica has up its sleeve; there's the black-and-white only M Monochrom for hardcore street photographers and the Leica M9-P Limited Hermès Edition for those bitten by the fashion bug and has loads of cash to spare. Read on for more details on the rest of what Leica has been cooking in its camera labs! So what does the X1's successor, the X2, improve on? As with all successive camera models, the X2 squeezes more megapixels into its sensor, with 16.2 megapixels compared to the X1's 12.2 megapixels. The X2 also features higher light sensitivity, with ISO being kicked up to a maximum of 12,500, something which makes the X1's ISO 3200 pale in comparison.

Unsurprisingly, the X2 sports a 35mm equivalent focal length of 35mm, which is a classic focal length among primes lenses that are also frequently used in street photography. Our short time with the X2 revealed a premium metal body, which surprisingly felt lighter in our hands than we expected from its appearances. It comes in a coat of pure black or our personal favorite, the retro-styled black and silver version. Autofocus speeds have been improved, and the X2 now allows for an optional electronic viewfinder to be mounted on its body.

If you're already set on getting the X2, then you will be pleased to know that it will be available from June 2012, and will cost S$2,980. The camera also comes with a free download of Adobe Photoshop Lightroom. 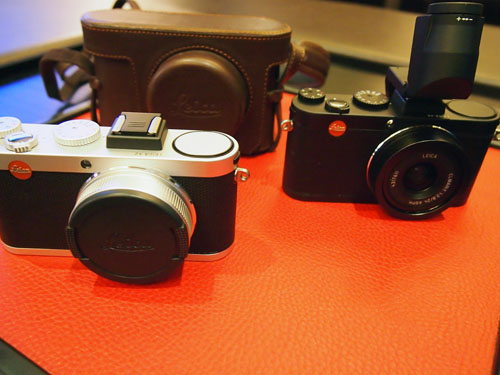 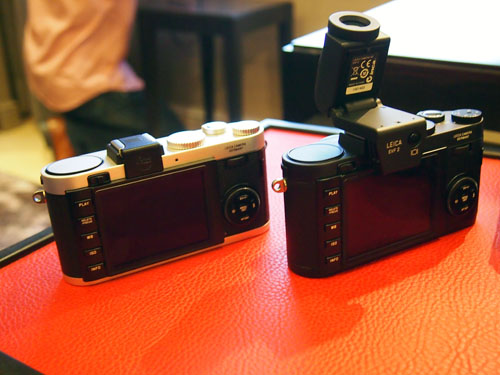 The Leica M9 is a peculiar beast. It retains a pretty much obsolete rangefinder design and thus, is a niche product. And so color us surprised when we found out that Leica would be releasing an M9 variant that shoots only in black and white. While this may not make much sense, especially when you're confined to shooting everything in two colors, once we got our hands on the 18-megapixel M Monochrom it seemed to grow on us.

Similar to the M9, build quality is superb and as with all full frame cameras, the body has heft. We found out that by removing the color array filter, the sensor does not need to capture colors and as a result produces sharper images. We did indeed feel that images were very sharp, and it felt challenging (in a good way) to actually give more thought to our shots due to the fact that we could only shoot in black and white. However, this very challenge could also be a drawback, making the M Monochrom a very niche camera even amongst current M9 owners, who are already a niche group themselves.

The M Monochrom will be available from August to the cool tune of S$12,260. The camera also comes with a free download of Adobe Photoshop Lightroom. 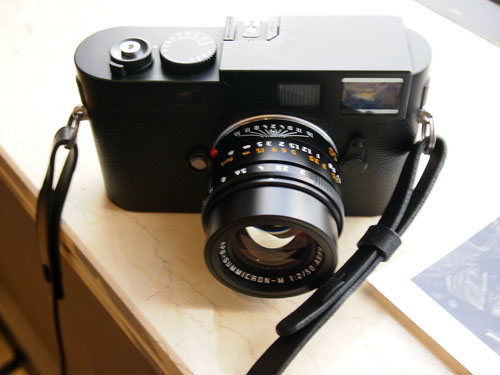 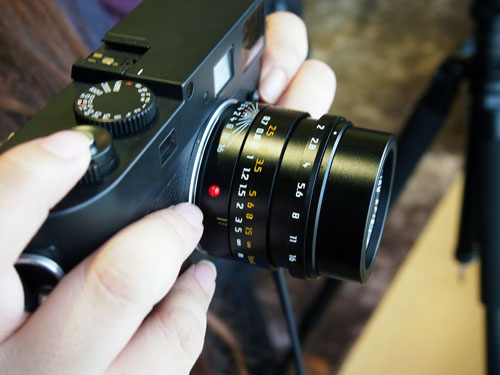 Not all the models revealed were big APS-C sized or full frames cameras, as Leica pulled back the curtain on the V-Lux 40. This compact superzoom incorporates GPS, 20x optical zoom and 14 megapixel sensor in its slim metal body. If you have ever wanted a premium compact camera to show off to your friends, the V-Lux 40 is as premium as it gets.

While handling the V-Lux 40, we found it still slim enough to fit into your pocket. Its metal body totally blows other compact camera bodies' out of the water in terms of quality  and yet despite the metal construction of the camera, it still feels light enough to throw it in your back pocket.

The V-Lux 40 will be available from June and will cost S$990, though you can opt for the package which includes a cool leather camera case at $1,120. The V-Lux 40 will also come with Adobe Photoshop Elements and Adobe Premiere Elements 10. 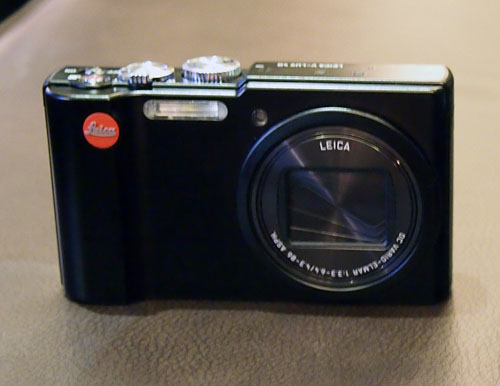 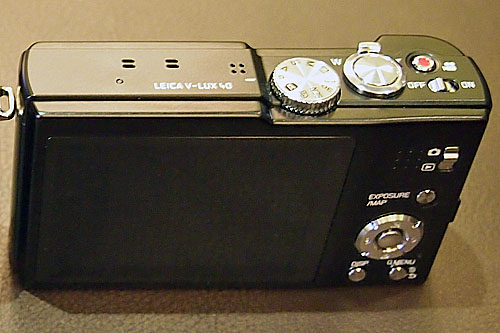 If you truly wish to have a piece of limited edition photographic equipment, then you will pleased to find that Leica has teamed up with renowned luxury goods maker, Hermès, to produce a truly exclusive M9-P. The M9-P is wrapped in 'Veau Swift' calfskin from Hermès, and the leather was also used to produce the camera shoulder strap. The top deck of the camera has also been restyled by car designer Walter de'Silva. While weighing the same as the M Monochrom in our hands, the leather on the limited edition M9-P is what you would find on an Hermès luxury bag, and thus gives it a very soft and supple feel.

The camera will be offered in a choice of two different sets, with either one or three lenses. 300 bodies will be produced for the former set, and they would be priced at S$36,000 each. The camera will be bundled with a Leica Summilux-M 50mm f/1.4 ASPH. lens.

However, if you're looking for something even more exclusive, then we guess it's the three lens 'Edition Hermès – Série Limitée Jean-Louis Dumas' set that you're looking at. This set includes the limited Hermès edition M9-P, a Leica Summicron-M 28mm f/2 ASPH., a Leica Noctilux-M 50mm f/0.95 ASPH. and a Leica APO-Summicron-M 90mm f/2 ASPH., and a exclusive Hermès camera bag, which is the first Leica camera bag to be produced by Hermès. Only 100 sets will be produced, and it will also include a photography book showcasing photos by Leica photographer Jean-Louis Duma. If you hanker after the Série Limitée Jean-Louis Dumas set, then that will will cost a pretty S$72,000. 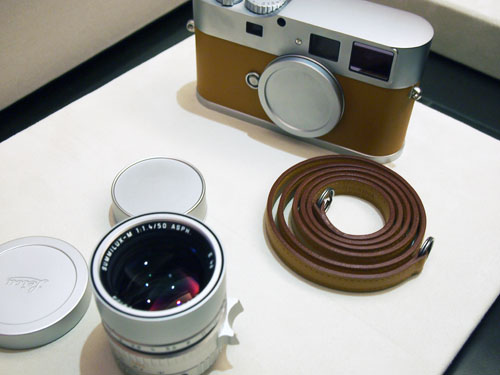 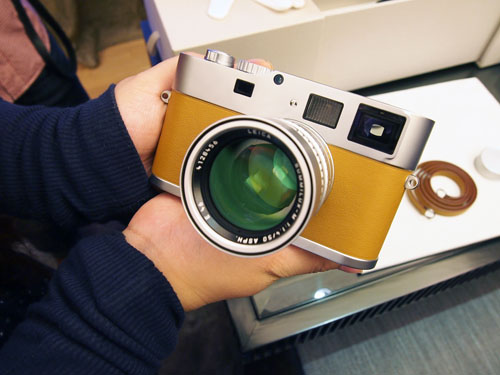 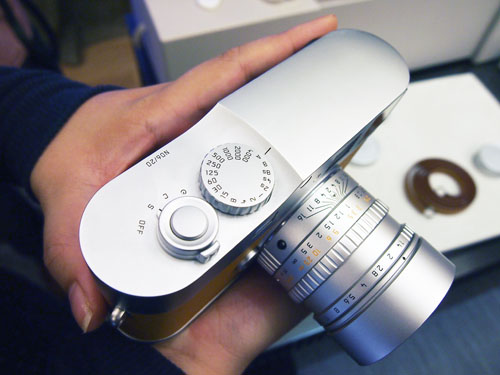 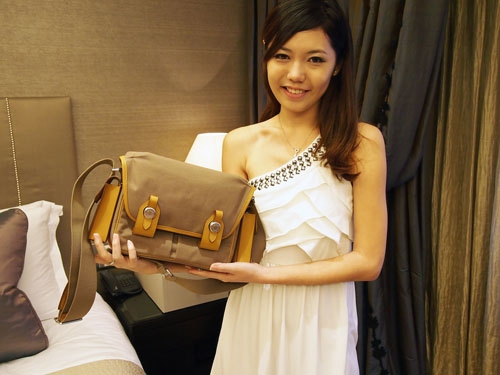 While the Leica cameras take centre stage at the event, there are also a couple of interesting updates that will tickle any photographer's fancy. The new Leica store at Mandarin Gallery has recently open for business quietly - do look out for a big bang of a launch party sometime later in the year. The Leica team has also informed us that they are planning to start Leica Akademie, a series of roving photography workshops, rolling in Singapore with renowned local photographer Mathias Heng at its helm. There aren't much details released at this moment but watch this space for more updates in the future.