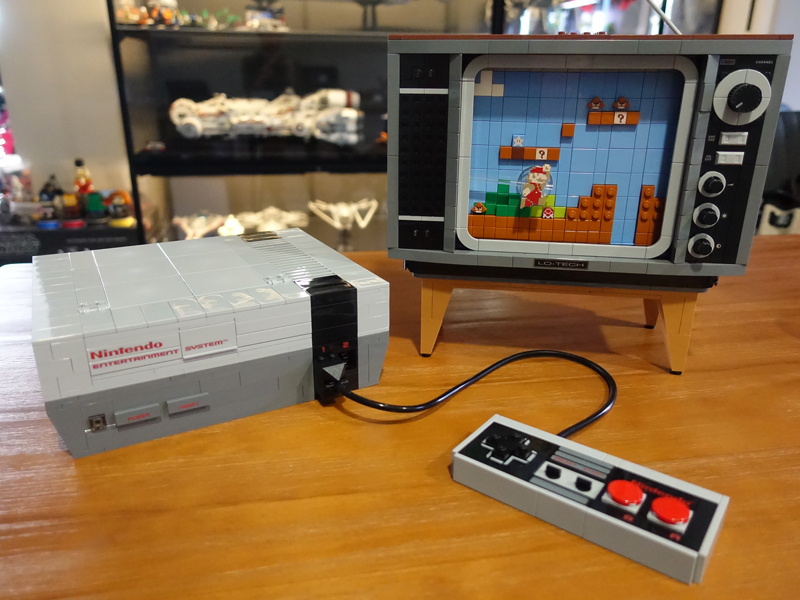 (This article was originally published on 9th August 2020)

Now 35 years later, LEGO and Nintendo have banded together to celebrate the console’s anniversary with the launch of the brilliant LEGO NES set. If the recently released LEGO Super Mario playsets aren’t your thing, then the new LEGO NES is sure to stir nostalgic feelings among Adult Friends Of LEGO (or fondly AFOL). Although it’s a set for the older LEGO fan, it still has some fun things to play with, and a fantastic Easter Egg. Is it a worthy addition to your LEGO or gaming console collection then? Let’s find out. Opening the huge box reveals two instruction booklets – one for the NES console and the other for the classic television – as well as 21 packets of LEGO bricks that are numbered and contains 2,646 pieces in total. The set has an age recommendation of 18 or older, and while I think it's certainly possible for younger kids to help build the LEGO NES, it's an exceedingly detailed process that would probably be hard to follow if they were doing it unsupervised.

Inside the box, two instruction booklets – each more than 200 pages long – not only provides the necessary steps to finish the Console (with the controller and NES cartridge) and the CRT TV, but also includes forewords from LEGO designers Daire McCabe, Pablo Gonzalez and Leon Pijnenburg detailing their thought process and ideations behind the set. 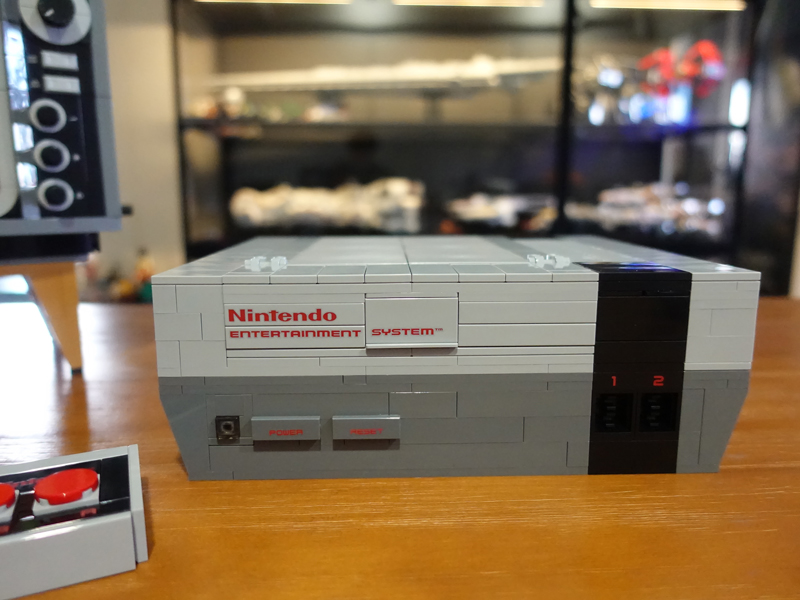 Upon completion, the LEGO NES becomes a gorgeous model to display prominently on your shelf or even next to your existing real consoles. There are cool elements of interactivity, mimicking the exact original NES console’s design and UX. The controller, of course, plugs into the console. The cartridge deck opens, and you can even slot the Super Mario Bros. cartridge into place as you would with the real NES console. There’s even a very cool Easter Egg that pays homage to the original Super Mario game. The CRT TV is a slightly more in-depth build, mainly because of the scrolling screen that requires you to place dozens upon dozens of little tiles across a makeshift panel – a finger-numbing (or painful) process. But it is the key highlight of the entire set, in my opinion, as it bring the Super Mario Bros.’ stage World 1-1 to life with Goombas and Koopas in tile forms. It must be said that these are unique, specially-printed LEGO tiles for this set, and collectors will be remiss to pass on that. Finishing off the CRT TV set is the stand that hold it in place. This is one part that can get tricky when you’re moving the CRT TV set around, as the stand merely lets the TV rests but not secure it. Oh, and if you have the Mario figure from the Adventures with Mario Starter Course, placing him on the top of the TV set will cause him to produce sound effects of coins ringing and enemy bopping. 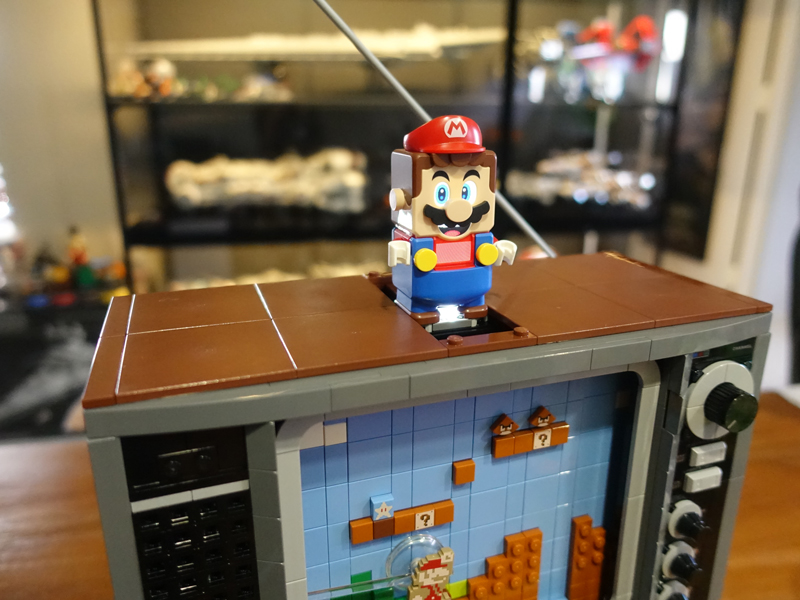 The coolest feature is undoubtedly the rotating screen. Using a crank on the sideto turn the gears inside, the screen cycles through the level. And 8-bit Mario, who is essentially attached to a stick and elevated to provide depth, hops over gaps and crushes his enemies. It’s a feat in design, but getting in to work without a hitch requires some experienced LEGO thinking. You see, the stick that moves 8-bit Mario is a little too stiff at first, causing our favourite moustached plumber from ‘falling’ down to the bottom. This causes him to be blocked by a protruded tile, and the screen cycle stuck. One solution that I thought about was to loosen up the ‘u-clip’ LEGO brick that holds the stick to the mechanism, allowing for 8-bit Mario to fall easily to the ground.

All in all, LEGO did a fantastic job in making it feel like you’re building an NES console and a very Technic-ish CRT TV from the ground up. It’s an intricate build too, and will surely provide a fun challenge even for the most ardent LEGO fans. The finished set provides a level of interactions not quite seen in many LEGO sets to provide that playful ‘masak masak’ experience. Lastly, I can’t rave enough about the beauty of the set – it’s really gorgeous – despite its price tag of $329.90, and looks best when placed on your TV console, next to your modern Nintendo Switch, PlayStation 4 or Xbox One consoles.