Learning to code at the Apple Camp for children

Learning to code at the Apple Camp for children 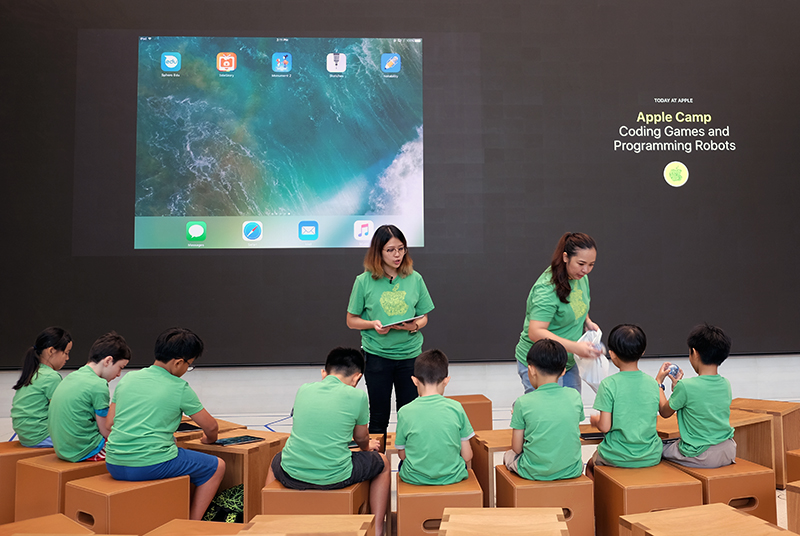 Designed  for kids aged 8 to 12. Apple Camp started on 26 June and will end this Friday on 14 July. It is a free 3-day program designed to teach kids coding, illustration, music composition, and movie-making.

Kids will attend three 90-minute sessions in total and they are:

Since coding sounded interesting to me, I sat in for the Coding Games and Programming Robots session. 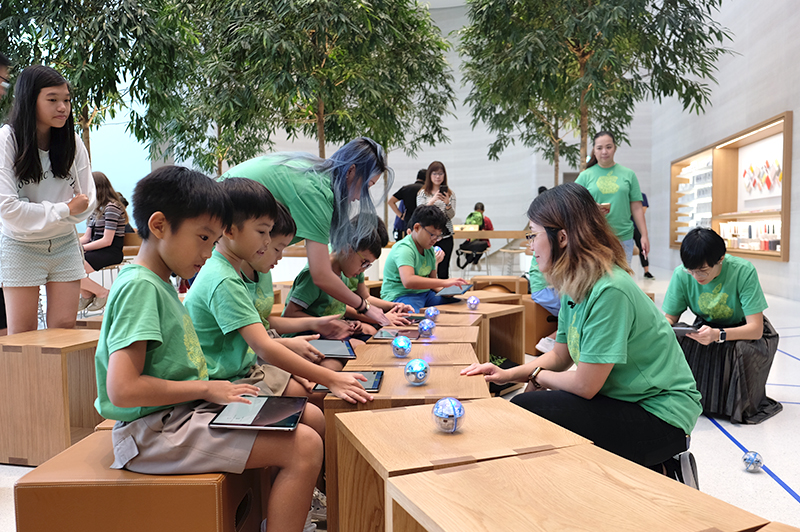 The session mainly revolved around programming a Sphero SPRK+ robot using the SPRK Lightning Lab app on an iPad to specific points that have been marked out on the floor.

Kids are asked to complete three missions in increasing order of difficulty with the Sphero SPRK+ robot. 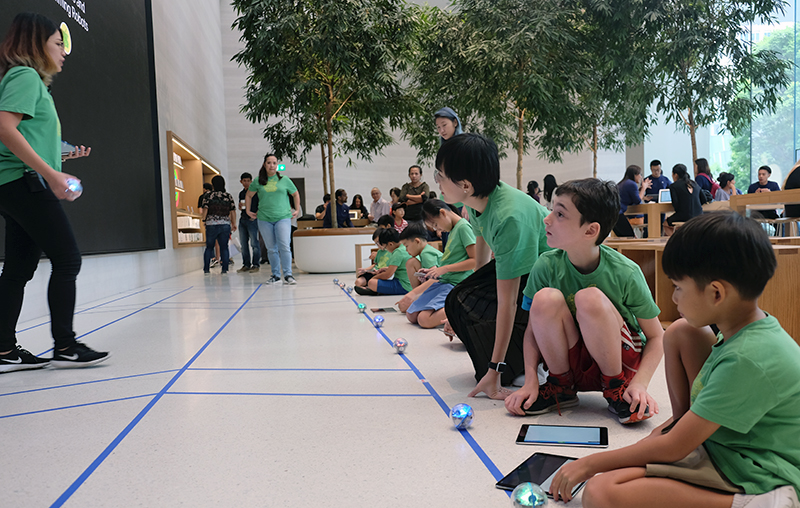 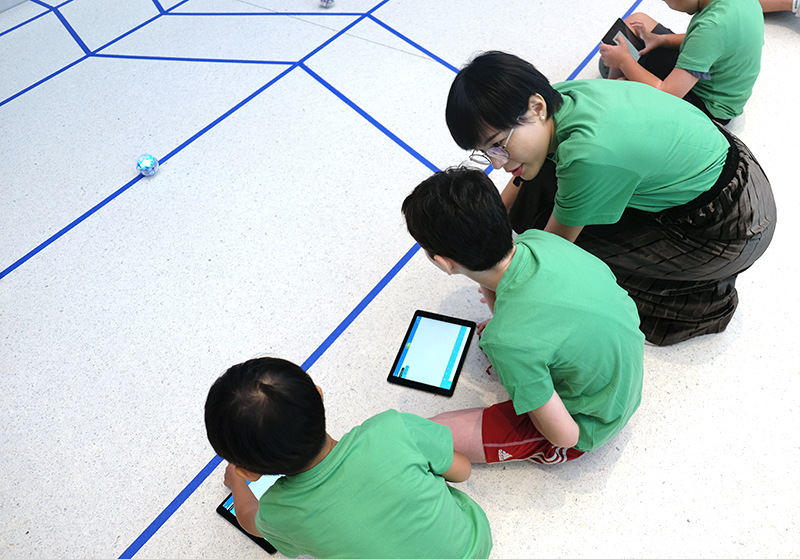 The second is significantly harder and it requires kids to write code that will order the robot to move to a point on the floor, pause, and then move to another point farther away, and then u-turn and make its way back. 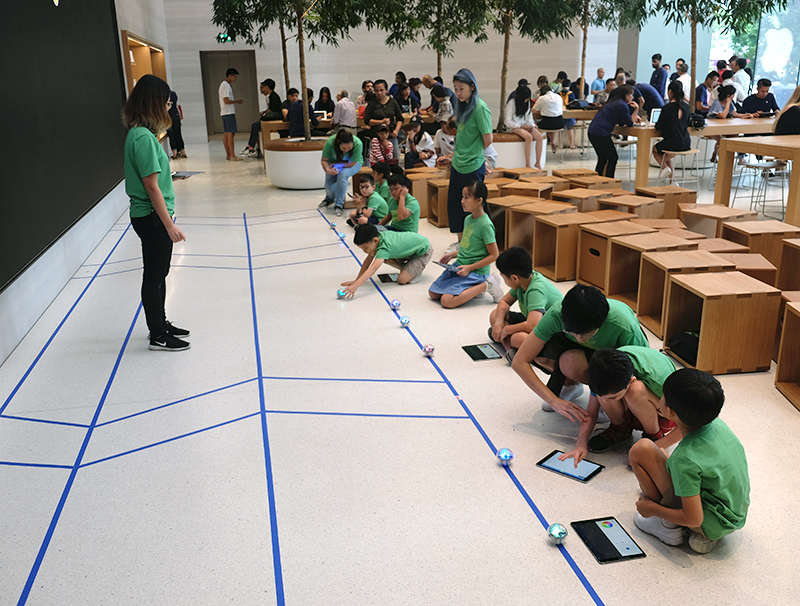 The last, which is the most difficult by far, requires kids to program the robot to navigate a mini-obstacle course (pictured below) and stopping at designated points along the way. This requires a good knowledge of the basic commands and functions of the app as well as some knowledge of geometry as the robot needs to move from side to side to ensure that it stays without the confines of the course. Needless to say, some kids struggled with this last mission. 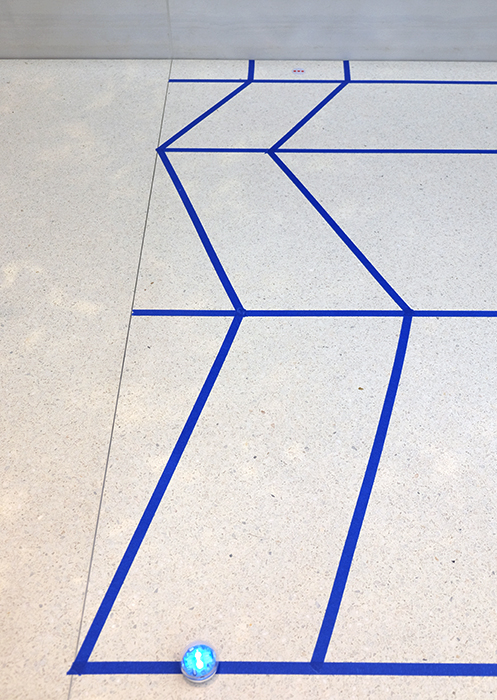 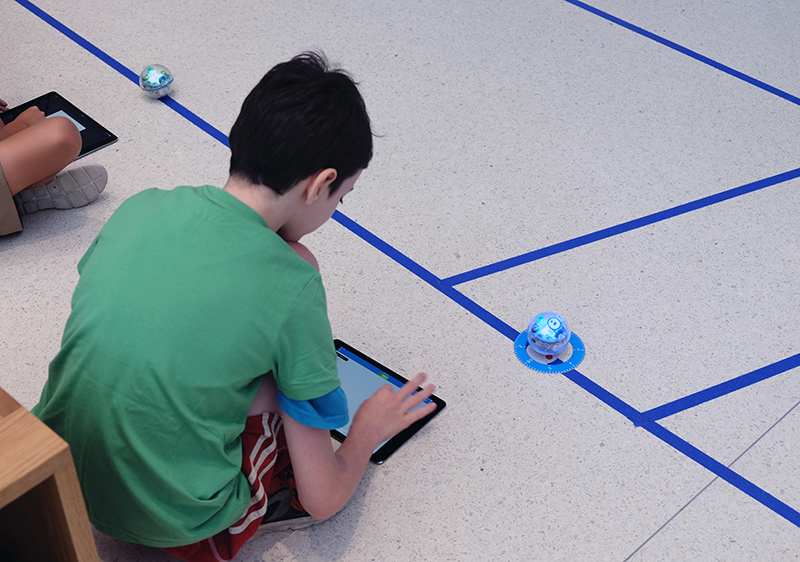 The 90 minutes passed quickly and at the end of the session, children were asked to show off their programs. While most could manage the first and second task, the third task proved to be too difficult for some and it was quite amusing to see their Sphero robots rolling about haphazardly and straying out of the course. 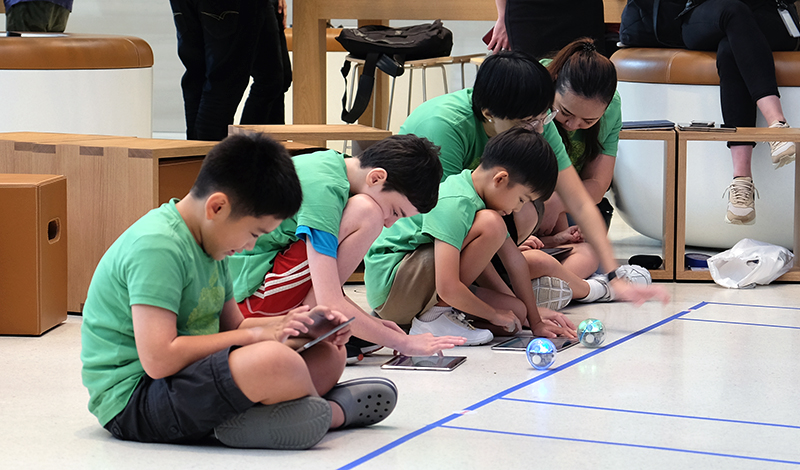 In case you are interested, the Sphero robot is available for purchase from the Apple Store for S$179. And the  SPRK Lightning Lab, which works on both the iPhone and iPad,  is available as a free download from the App Store.

No word on whether Apple Camp will return, but Today at Apple, Apple's worldwide customer engagement initiative, does run special Kid's Hour programs at the Apple Store from time to time. If you are looking for activities to enrol your children in, check out Today at Apple and check the "Kids & Parents" tab.

In the meantime, we will share news of Apple Camp if and when it returns.