The Latest Sony Vaio Z - As Premium as Ever!

Premium Is As Premium Does

A New Z for a New Year

Last year’s sultry Sony Vaio Z was one of our top performers in the ultra-portable category. The well-designed 13-inch notebook sported an ultra-fast SSD RAID 0 configuration that swept away everything in its path, speed-wise as well as elegant build. That provided the laptop with staying power that would last its owners for at least the next couple of years.

So in light of that, how will 2011’s Sony Vaio Z seek to differentiate itself when it’s competing against its (only slightly) older brother? Will it even succeed and to what degree? Well those questions will be answered in our coverage of Sony’s IT Mobile Meeting, held on the 5th of July, 2011.

Thanks to Sony South East Asia, we’ve had the good fortune to be invited for the unveiling of the latest in Sony’s Z series. Sony products have always had the distinction of possessing highly functional design elegance, and this year was no different. We managed to get a quick hands-on of the unit at the event and a demo by Sony's own product manager:- 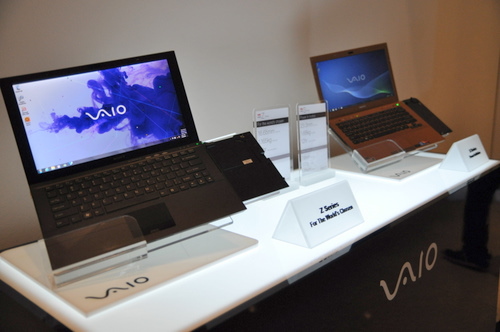 This year's 13-inch Sony Vaio Z reminded us quite a bit of last year’s model. The clean lines, minimalistic design and metal surfaces retains the classic look of previous iteration and the distinct premium build also adds to its confidence. Style wise, Sony has come up with what is called the "Hexa-shell" design, which has hexagonal shaped edges. The hexagon is one of the strongest natural occurring shapes (think honeycomb) and when applied to the notebook, should theoretically reinforce the strength of the notebook’s body.

During the presentation, the word "premium" was used liberally and in this case, it was not an exaggeration at all. The first point that will strike you about the new Vaio Z is how thin it is, measuring just 16.65mm. And because of its slim build, the moment you pick the machine up, you can feel an instant connection between the physical size and its weight (1.16kg), making it feel just right.

To get the machine at that level of thinness, Sony Product Manager of IT Product Marketing, South-East-Asia, Janice Yang told us that several parts found in the notebook have to be specially designed and manufactured to obtain the desired form factor. Lightweight materials like carbon fiber and aluminum have also been used in the production of the notebook to keep the notebook feather-light. Hence the amazing 1.165kg weight.

The Vaio Z’s screen is also something that has been taken into serious consideration by the designers of the notebook. Firstly, for a small 13-inch notebook, it actually sports a high resolution full HD display with an anti-reflective glossy finish. Theoretically it means that there aren’t any annoying reflections to marr the on-screen image, and you’d still get the vibrancy and deep blacks normally associated with traditional glossy screens. In practice, we found that it was indeed the case. It was so effective that we initially thought it was a matte screen. Kudos to Sony for that. 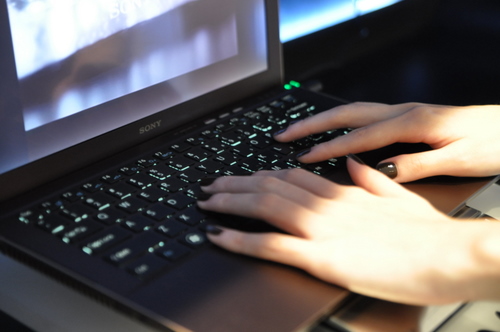 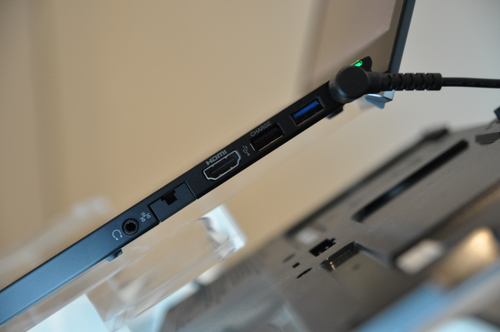 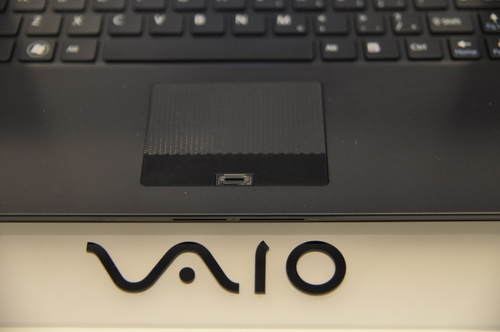 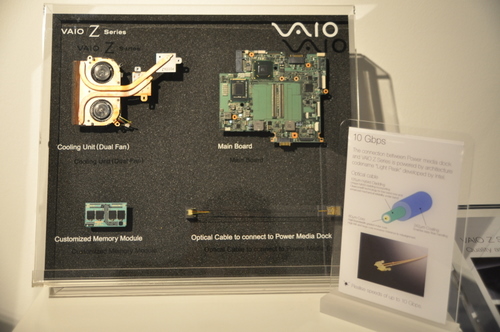