For any platform, buy-in from developers is key to its success. Android became a huge success mainly because developers embraced its proposition and develop apps/mods for the Android platform. Among several other factors that fell in line to propel Android's popularity, one key factor towards winning the developers mindshare was the choice of programming language adopted: the more developers are familiar with a development language, the higher the chances of success.

For Android, up till Google I/O 2017, the only official language support is Java (there is also lower-level language support for C++ but that is for specialized purposes). When Google announced that Kotlin will officially be supported in Android, many developers were overjoyed, as they have been waiting for such an announcement for a very long time. Just what is Kotlin? Why it is a favorite of Android developers, and what are the implications for consumers of apps?

Kotlin, the Swift of Android

To summarize what Kotlin is in one sentence, Kotlin is to Android just like how Swift is to iOS. However, the only similarity between the two languages is the programming paradigm - they are designed to make development easier and safer (for the developer, that is). In technical terms, Kotlin is a Java Virtual Machine language - not Java per se, just that the code can run on a Java intermediary. It is designed to improve the shortcomings of Java:

“Boilerplate coding” is when the developers have to repetitively code a pattern just to get things done. In Java, coding is often verbose. In Kotlin, much of this boilerplate coding is reduced. Other features, such as lambda expressions and extensions, reduce the verbosity of coding for developers and is supported on Kotlin. 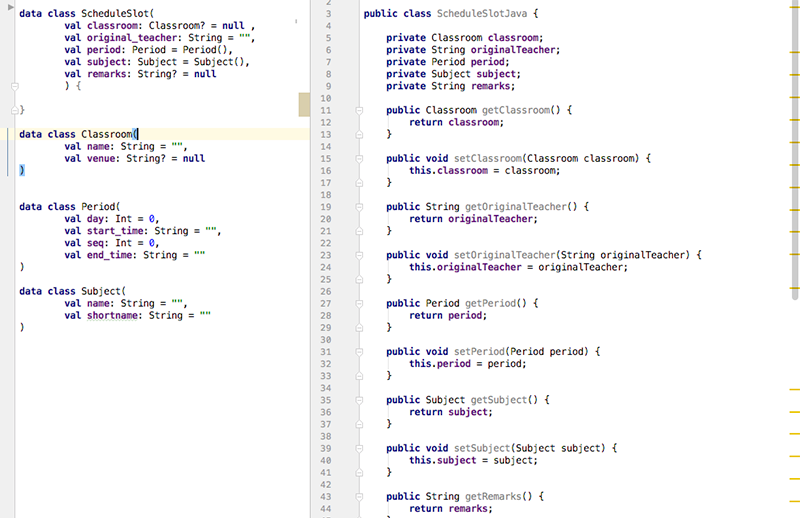 In addition, the flexibility of the Kotlin language allows more varieties of expression when developers code. In the traditional way of Android development, developers have to explicitly and statically define view elements in a separate "view" file (an XML file), then make explicit reference to those elements in the Java code, before they can actually do something about it. In Kotlin, they have choices: either use Kotlin Android extensions, which allows them to reference from the XML file directly, or even do away with the XML file altogether and directly define the views in the Kotlin code itself.

In programming, one of the biggest problems is encountering unexpected null values. Null values are simply values with no meaning, not even zero. It’s like an answer to the question - "I have a bag of apples. I took out half of the apples. Count the number of apples I have left." The answer’s undefined, meaningless, it can be anything and it can be nothing - similar to a null value. Yet, developers often make such mistakes of assigning null values. Assigning meaningless values within the app results in crashes. The design of the Kotlin language forces developers to proactively confront this problem, failing which, the code will not compile.

Though Kotlin is a different language, it is designed to interoperate with existing Java code. Developers need not convert their existing code to Kotlin, in order to start coding with Kotlin.

By reducing the number of lines a developer has to write, developers can get their app published faster from zero. With that, consumers can expect a greater variety of new native apps published in Google Play.

Also, developers of existing native apps can update their apps at a faster pace. Consecutively, consumers can expect speedier updates from developers making the switch to Kotlin.

Ever get the "App is not responding" prompts when you use an Android app? More often than not, they are caused by the encounter of null values in the app. By forcing developers to confront and deal with null values, users will experience less app crashes.

While Kotlin does help developers produce quality apps, it only helps those that are already developing natively. With the number of cross-platform apps in the market, it remains to be seen whether Kotlin can raise the standard of quality Android apps from an overall perspective.