Note 2: For a full review of the Klipsch T5 wireless earbuds, head over here! 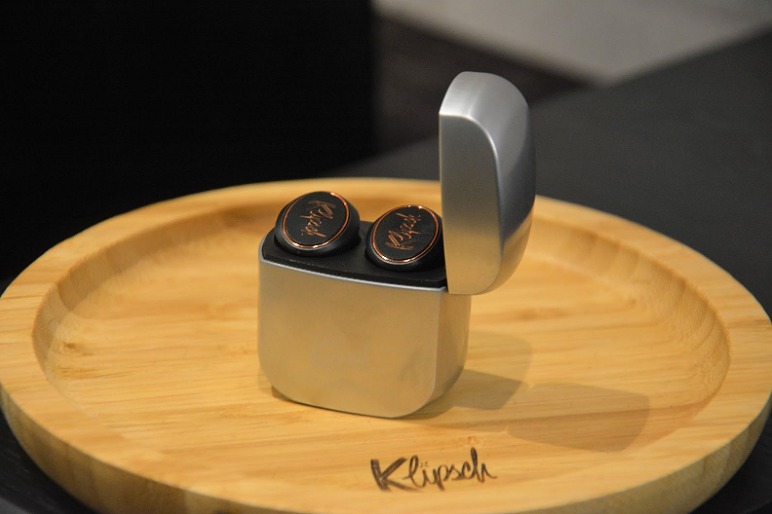 We saw this coming at CES 2019 earlier this year, and the wait is finally over. Klipsch has officially announced the local availability and pricing of its T5 True Wireless Earphones, along with a slew of other models in the T5 series.

As expected, the T5’s S$349 price tag doesn’t exactly place it in the 'affordable' category, but Klipsch justifies its price tag with several compelling features that might make a difference.

Unlike most of its competitors in the true wireless arena, the T5 sets itself apart with a distinctive metal design inspired by the Zippo lighter. 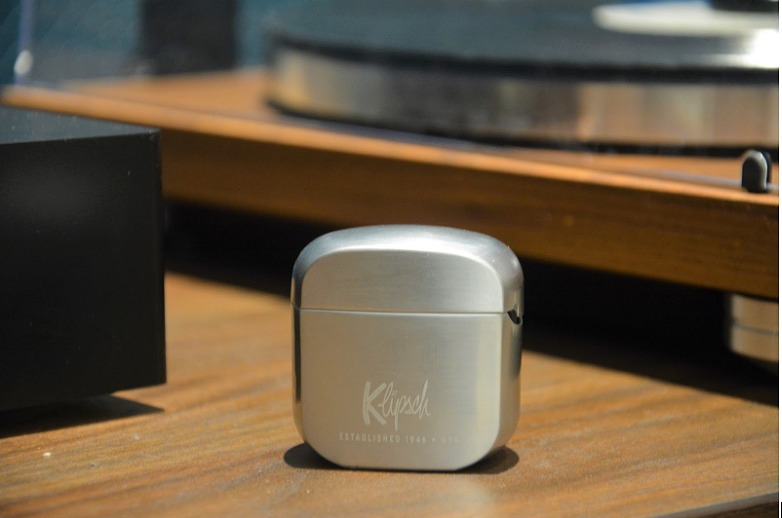 A flick of your thumb opens the case, in which the earbuds nestle. The case has a nice heft to it -- which we’re told is intentional to add to its premium feel -- so there’s no worry of accidentally flicking too hard and sending the whole unit flying across the room.

We like this design because it makes the experience of retrieving the earbuds from their case a lot smoother.

Most other true wireless earbuds casings seem to be designed horizontally, which is easier to open with two hands. Since human beings lack a third hand, we then have to execute a few extra hand movements to take out the earbuds before closing the cases.

Klipsch’s vertical design makes the experience more straightforward -- flick the cap open with one hand, retrieve the earbuds with the other hand, flick it close again. It doesn’t sound all that life-changing, but the user experience is a lot smoother once you actually try it out. 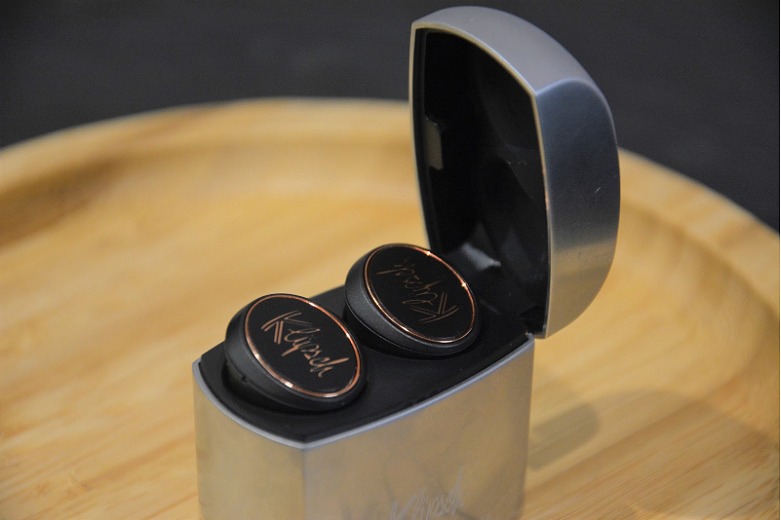 If we had to nitpick, our only two criticisms would be the sturdiness of the hinge -- which feels a little weak and flimsy with less bounce and tension than a real Zippo lighter -- and its lack of support for wireless charging.

Its metal design also gives it one added advantage -- engraving. It’s a super easy yet intimate way to personalize the gadget, either for personal use or as a gift. An engraving option isn’t officially offered at retail for now, but we’re confident it’ll make an appearance once a special holiday rolls around.

Sound quality is, in a nutshell, exactly as good as you would expect from a flagship Klipsch product.

In a brief test during the launch event, we cycled through a variety of songs from assorted artists, including John Mayer, Norah Jones, Yellowcard, and Bruno Mars.

The music came across as suitably balanced and detailed, with an appropriate amount of bass that doesn’t overpower everything else. Naturally, don’t expect the T5 to be comparable to a good set of over-ear cans, but they’re very good at what they promise to deliver.

Klipsch’s patented oval ear tips provided an excellent seal for blocking out noise on the noisy showroom floor, which in turn boosted our enjoyment of the tunes. This also means you should be wary of traffic and your general environment when you take the T5 out for a jog.

Speaking of the great outdoors, the T5 is sweat and water resistant with an IPX4 rating, so it should be able to withstand whatever our equatorial climate throws at it. Just don’t take it swimming.

The T5 boasts an impressive 8-hour battery life, along with an additional 24 hours of juice stored within its case. For context, most other true wireless earbuds at this point offer only 4 to 5 hours of playtime on a single charge.

Klipsch told us they managed to deliver such a comparatively long battery life thanks to its close partnership with Qualcomm, building on technologies like aptX and Bluetooth 5.0.

Why not aptX HD, you ask? Turns out getting aptX HD to work reliably across two separate wireless earbuds is a challenge due to the higher bandwidth required.

Speaking of the earbuds, pairing was a cinch, exactly as you would pair any other Bluetooth enabled earphones. Klipsch also said there’s an app in development that will guide new users through the process.

The rest of the T5 family 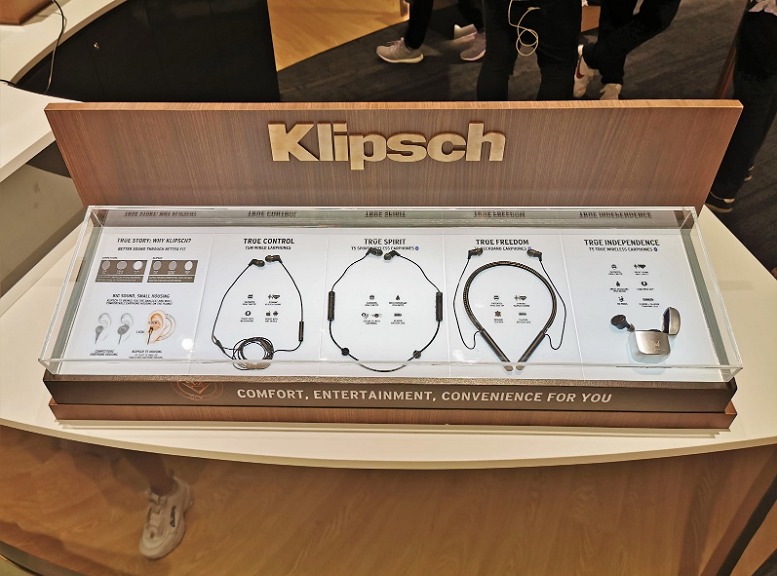 In addition to the T5 True Wireless, Klipsch also announced the local pricing and availability of the T5 Neckband, T5 Sport, and T5M Wired earphones. 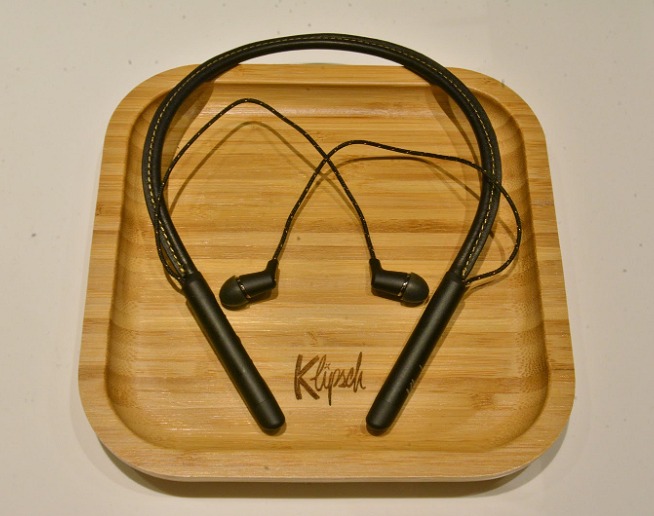 The T5 Neckband is aimed at working professionals and boasts a 15-hour battery life, dual cVc microphones for clearer calls and ambient noise reduction (a technology from Qualcomm). It has a nice hand-stitched leather band and aluminium controls, which adds to its overall professional look. It is, however, still a neckband-type earphones, so they still look a bit dorky. But hey, that’s just my personal opinion. If the form factor floats your boat, you can get it for S$219. 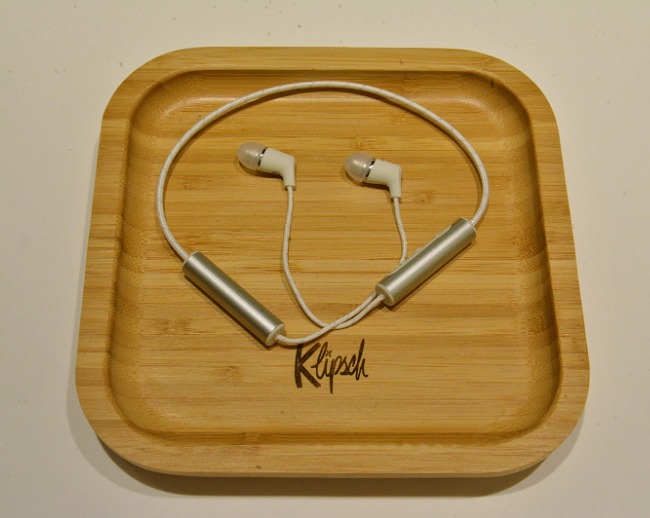 Also wireless, the T5 Sport earphones are designed for physically active folks, as its name suggests. With its braided cable and cylindrical aluminium elements, this S$199 pair actually looks good enough for everyday use, and not just for sports. It comes in black or white, and includes Comply memory foam tips. 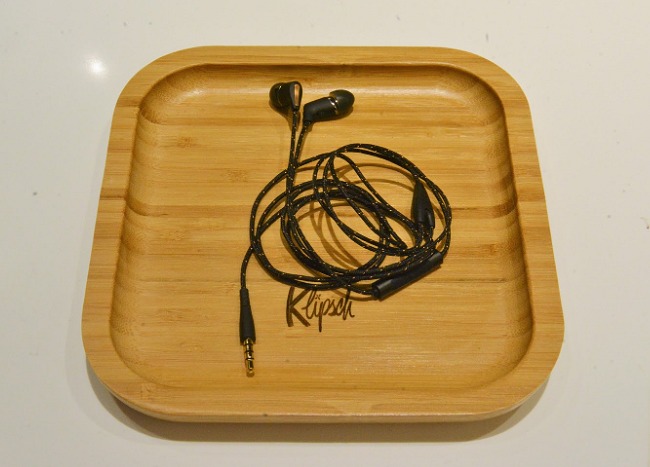 Finally, the T5M Wired rounds up the series with a basic wired set that promises similar superior audio quality for S$109. 3.5mm audio jack loyalists will be happy to see that the T5M sticks to the familiar technology, ensuring compatibility with almost every popular device on the planet.

The new S$349 T5 True Wireless Earbuds are available for pre-order immediately at TC Acoustic web store, as well as on Hachi.tech. Pre-orders should arrive latest by next week, along with full retail store availability at all Challenger outlets and Musica stores.

The rest of the T5 family are available immediately at TC Acoustic and its website, and should arrive in all leading retail shops by the end of the month.

We’ll be reviewing some of the popular models soon, so stay tuned for our final verdict.