Kingston's New Groove - Pumping up the SSD and Memory Markets

SSD Avalanche on the Horizon

SSD Avalanche on the Horizon

Now we all know Kingston's the largest supplier of memory modules worldwide and has a really strong support network to go along as well. SSD drives, though classified under the storage product category, seem to be the new product growth pillar not only for Kingston, but for a whole lot of other memory vendors. Since SSD drives are made up of flash memory devices and memory vendors already have extensive ties with the memory manufacturers, producing and retailing SSDs are a natural fit for the company's product portfolio.

Even so, it has been rather uncertain on the pick-up rate of SSD drives solely because of their steep prices. The good thing is that due to the demand, production growth and technology advances, flash memory prices have been coming down steadily, albeit gently. It has however come down enough to reach a point where DIY folks and enthusiasts are game enough to incorporate SSDs as part of their performance PCs. This is just the beginning of the explosive growth that SSD drives will come to experience. It is far from replacing standard hard drives, but it's becoming apparent that both are going to co-exist in modern PC systems. Not to forget is its massive potential in the server industry, mission critical systems and more. Just like how RAID subsystems have now become a de facto in many areas of computing from its heydays of the 80s, SSD drives surely have the growth potential.

Kingston surely recognizes these areas and has gone full throttle in its celebrations sometime back to usher in more SSD products for the masses. According to their product and marketing heads, the channel business (retail) is more valuable for Kingston and that's why there's an increased focus in this area. 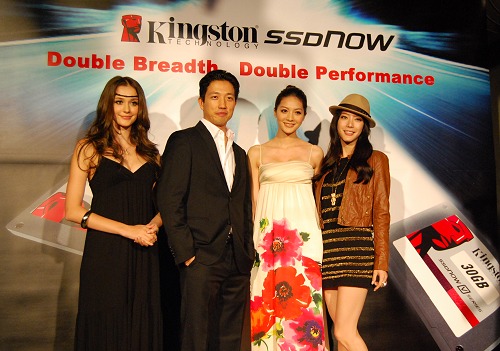 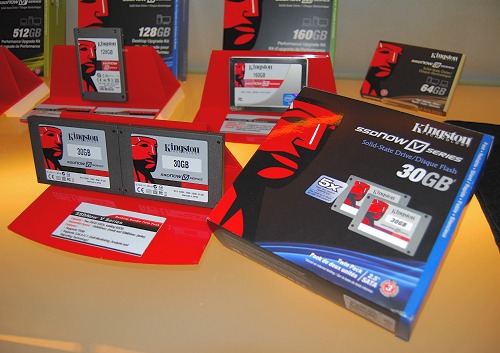 For about US$170 or less if it's on offer, the idea for the 30GB Twin Pack is to give a more flexible and valuable option for buyers to tinker with a RAID setup - either for increased performance compared to a single 60GB drive or for more storage. In a RAID-0 setup, it has a reported read speed of 370MB/s. It's certainly fast for boot drive purposes and these new drives use a Toshiba based controller unlike the drives that were first launched. 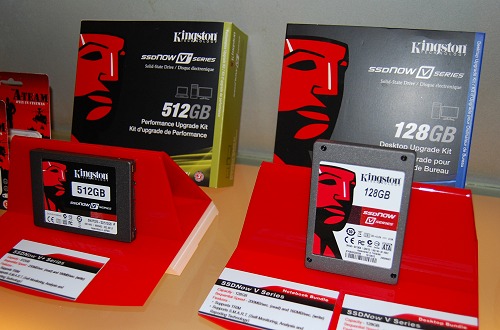 Besides more internal drive variants, Kingston is also coming out with a HyperX External SSD. The drives come in 64GB, 128GB and 256GB capacity points with an estimated starting price from US$170. The actual SSD drives within the case have a rated read/write speeds of 195MB/s and 156MB/s respectively and are based on the usual 2.5-inch form factors. For the moment, Kingston feels this is the most cost effective size when we asked if there will be smaller form factors. Connectivity will be via USB 3.0 and it should be available real soon. 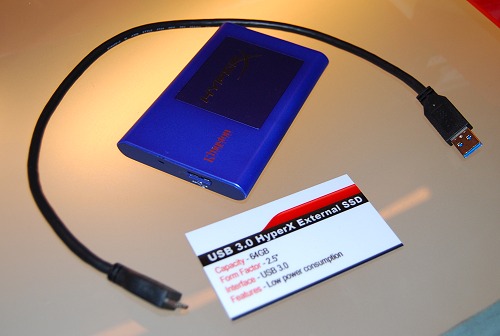 After the launch, we spent a little more time in Taiwan to speak with a few leading executives on their thoughts and impressions on various topics regarding this industry. We highlight a few points.

Despite their widespread marketing, their biggest challenge still is training various partners on SSDs and their potential. Since Kingston relies on countless number of partners, distributors and retailers worldwide, it's important that all these vendors get the big picture and how to effectively sell one by understanding consumer needs. That's still work in progress but we believe with the increasing revenue in this department, it's just a matter of time before the rest of people in charge of this supply chain get in line automatically.

For the DIY community concerned on the various SSD models, one of the more talked about issues is TRIM support. Most of Kingston's new drives have native Garbage Collection (GC) embedded as a function of the controller, and thus a drive having TRIM support or not shouldn't matter much to the end-user. This is because TRIM is a function of Windows 7, whereas GC is activated at the drive controller's level and enables similar functionality automatically. This also means fewer concerns since RAID support with TRIM is not possible on certain controllers.

On the topic of error recovery, Kingston commented that their drives generally have 3% more memory cells as overhead to account for these errors.

For performance matters, we noted that SSD drives are still using SATA 3Gbps interface and we wondered when they would take the next step to SATA 6Gbps standard. Unfortunately, they are pretty much at the mercy of drive controller developers for such support and even then, companies like Kingston putting products together will require extensive quality testing before the products get qualified for retail. As such, Kingston executives estimate that it would perhaps be Q2 2011 before such drives become a norm.

Next we touched upon the possibility of Kingston entering in the Hybrid drive business - drives that combine flash memory with standard hard drive platters to provide a blend of performance and storage. For Kingston, this seems like an in-between product that can be tough to optimize and could be expensive to produce. As such, they'll continue to focus on pure SSD drive options. Perhaps Hybrids are best left for the big few HDD vendors to tackle since they have the knowledge of producing standard drives, but they also offer flash memory products. The landscape for products like the Seagate Momentus XT (a Hybrid drive) are early days yet and it will be sometime more before it becomes clear if such drives are worthwhile to pursue.