The July 2021 Games Playlist - Portals, Vikings and our choices in life

The July 2021 Games Playlist - Portals, Vikings and our choices in life 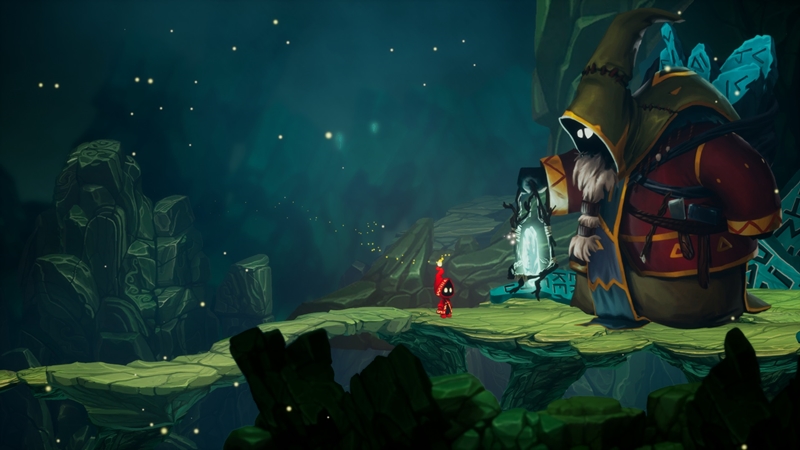 Welcome back to the July 2021 edition of the HardwareZone Games Playlist! Can you believe that we've already passed the halfway mark?

As we cast our eyes back at the past six months, this year has indeed been quite an interesting one for gaming, especially when it comes to the spread of genres. From big-name horror releases like Little Nightmares 2 and Resident Evil: Village, to funky indie gems like Maquette and It Takes Two, one thing's for sure - we gamers are definitely not wanting for variety. In fact, I daresay director Josef Fares was quite literally "right on the money" when he said it was nigh-impossible to get tired of It Takes Two.

Compared to the past two months, July is a relatively docile beast, though there are still a couple of quirky titles that are definitely worth checking out for the novelty. And of course, you can't really go wrong with some good old-fashioned F1 racing on the side. All in all, we've got six titles to cover this month, so let's get started.

Admittedly, the initial half of July is rather quiet, and the first game we'll be checking out only arrives in the latter part of the second week. Developed by Armature Games, this dreamlike, narrative-centric adventure title is all about the ups and downs of life. You'll take control of Whit - husband, father, and the (unlucky?) guy who fell into a sinkhole while trying to save the family dog. He wakes up in an odd realm where his life literally flashes before his eyes, and as Armature puts it, players will get to "experience an entire lifetime of choices and their consequences." in this immensely endearing game.

In fact, if such deep, narrative-driven titles are your cup of tea, we strongly urge you to check out Sea of Solitude as well!

To be honest, this one really needs no introduction. It's the quintessential Formula 1 racing game updated for 2021 - and frankly, there's not much else we need to say about it. Pick out a car, strap yourselves in and have a ball on the track.

...but not literally, of course. We're pretty sure your insurance policy doesn't cover getting run over if you're partying on the track during a race. Go figure.

Much like F1 2021 above, the title of this game is pretty self-explanatory. Developed by the one and only Robot Entertainment, this action-tower defense hybrid title follows in its predecessors' footsteps, and is a direct sequel to the similarly-named Orcs Must Die! 2. Originally released as a Stadia exclusive last July, PC, PS4, and Xbox gamers will soon be able to get in on the action as well, especially the War Scenarios mode. This new addition to the series is a supersized game mode exclusive to OMD 3, where players will utilise gigantic War Machines to defend their base against equally enlarged quantities of Orc invaders.

Now, I'm not sure which developer was responsible for lighting the powder keg labelled "Viking Hype", but I'm totally okay with that. Following up on the popularity of Viking-themed games like Assassin's Creed: Valhalla and Valheim, it seems that Tribes of Midgard is pretty eager to join the fray.

Developed by Norsfell Games Inc., this survivalist title has players scavenging for loot and building forts to repel the upcoming Giant invasion during Ragnarok. And as they survive more and more waves, players will also gain access to new areas, resources, and allies, all of which will go right back into the resistance effort. So yes, the idea might be a relatively simple one, but there's just something about survivalist games that really excites me.

Alright, we've finally made it to the cover boy of this month's playlist, and if you like platformers that require you to think out of the box, Unbound: Worlds Apart should definitely be on your list of games to buy in July. Developed by Alien Pixel Studios, players will have to master the use of various types of portals to surmount obstacles, avoid enemies and solve puzzles within each level. Of course, the developers aren't just leaving this quirky yet subtly addictive concept to float on its own - Unbound also features an enrapturing narrative packaged within a gorgeous hand-drawn world to seal the deal, and we couldn't ask for anything better. Do take care not to get lost in there, folks.

Wrapping up July's list of games is Eldest Souls, a boss rush title developed by the team over at Fallen Flag Studio. Its developers apparently tout it as a "Soulslike experience", and that's probably not just because of the title. Switching out the gobsmacking graphics and gruesome combat that we're used to getting in regular FromSoft titles for a retro-like aesthetic reminiscent of the old Disgaea games, players will take control of a lone warrior wielding a greatsword of pure Obsydian, and embark on a quest to take down the diabolical Old Gods.