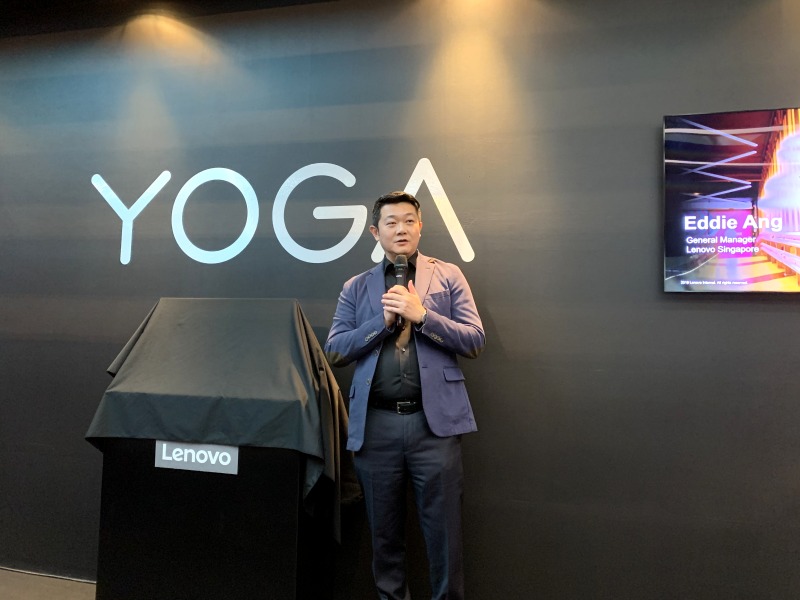 *Updated with the technical specifications of the devices below*

To build on the popularity of the Yoga range that Lenovo first introduced in 2012, the company announced a year ago at IFA Berlin 2018, that the Yoga name would no longer be exclusive to convertible devices, and it would soon cover a range of high-end devices as well.

The first Yoga S940 was also showcased in 2018 with the Yoga C940 getting a rollout at IFA 2019. The devices were also built to meet the design standards laid out by Intel's Project Athena.

Today, Singapore saw the launch of the new 940 designated devices in the Yoga range, the all-in-one Yoga A940, the convertible Yoga C940, and the slim Yoga S940 series. Eddie Ang, General Manager, Lenovo Singapore said, “We are combining artificial intelligence (AI) with advanced audio and display technologies to build the smartest range yet of next-generation Yoga computers."

Earlier this year, Intel shared more information on its new notebook innovation initiative codenamed “Project Athena”. Devices built to meet Project Athena's criteria prioritise enabling experiences that are reflective of real-world conditions as measured by “key experience indicated” or KEI. These are based on years of research by the chipmaker to understand people’s needs, challenges, and expectations of a notebook.

Meant to be a multi-year journey, the first wave of KEI targets included:

Cekiel Danielson, Director, Asia Retail Sales at Intel Corporation, said on the side-lines of the Yoga event in Singapore that the company has already launched the specifications for the next phase of Project Athena and that their vendor partners would be launching products meeting the new standards in the coming year.

Both the S940 and C940 meet the requirements for Project Athena. Just 1.2kg and 12.2mm thick, the Yoga S940 is a traditional clamshell laptop that's powered by 8th generation Intel Core processors and it comes with an entire suite of Lenovo Smart Assist AI-enabled features to deliver security and privacy to users. One new feature is the option to automatically filter out most ambient noises and blur out distracting backgrounds during video calls.

A returning security feature is the ability for the Yoga S940 to detect its user’s absence and auto-lock the display to protect data from others’ viewing. It can also help increase productivity by shifting open windows and content contextually to a connected external monitor, based on attention, intent and focus. Lenovo says that the new Yoga S940 is the world’s first laptop with smartphone-like contoured glass wrapped around its 4-side narrow bezels, reducing the look of its bezels for a streamlined design. It also offers a cinematic-like quality experience with up to 4K clarity on a VESA HRD400 display, and Dolby Vision and Dolby Atmos Speaker System. 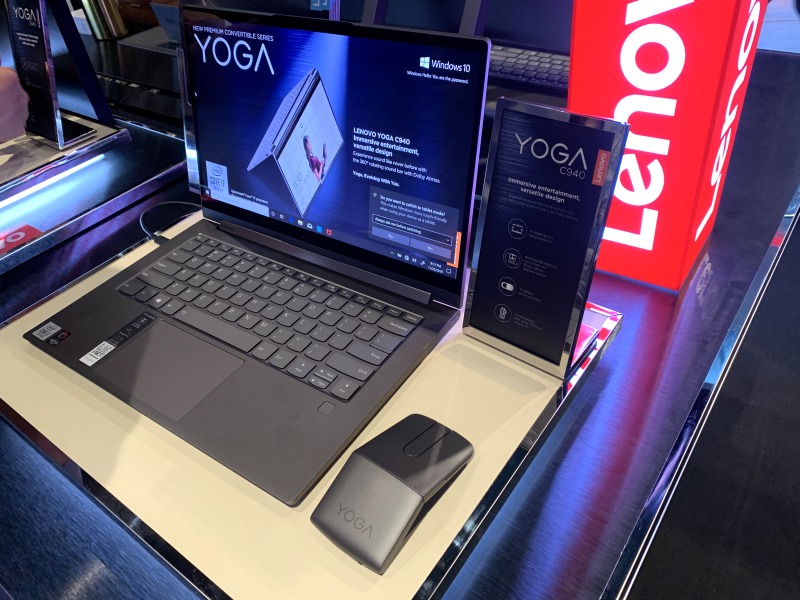 The 14-inch Lenovo Yoga C940 is a 2-in-1 all-metal chassis convertible laptop with built-in features, like TrueBlock Privacy shutter, Windows Hello biometric authentication, and a stylus pen that charges automatically when stored in the tiny silo by the laptop’s side, and Windows Ink. Despite having so many features, it measures just 15.7mm thick and weighs a scant 1.35kg.

Like the S940, the C940 is also powered by the latest Intel 10th generation Core processors. To maximise performance, it features Lenovo's Q-Control which enables it to shift into Intelligent Cooling Mode for your PC, to auto-adjust performance and optimize battery life based on tasks. Lenovo claims an improved battery life of up to 17.5 hours in FHD, and up to 10.5 hours with a UHD display. We’ve spoken on Q Control before. It’s a quick key to toggle between the usual laptop performance modes for maximum battery saving to maximum performance. What’s interesting is the in-between. Instead of the usual Balanced mode you get under Windows, Yoga laptops with Q Control will feature an AI-enhanced Intelligent Cooling Mode. It’s supposedly much better at analysing your usage patterns to dynamically adjust for cooling/performance. Lenovo previously claimed a 15-20% improvement in battery life using this mode. The Yoga A940 is an AIO (all-in-one) system with a 27-inch 4K IPS touchscreen display. This display has a rotating hinge that enables it to tilt to a comfortable 25-degree drafting mode, for flexibility and stability when drawing, sketching or annotating with a digital pen.

Inside, it's powered by Intel's 8th generation Core processor and AMD Radeon RX 560 discrete graphics. It can be equipped with up to 32GB of DDR4 memory and up to 512GB SSD and 2TB HDD.

One neat feature is the inclusive of a built-in 15W wireless Qi-charging pad and the Lenovo Precision Dial, that is for designers, photographers and videographers to make more precise selections and adjustments to their content.

The Lenovo Yoga S940, C940, and A940 are all available now and are currently on display at Funan Mall Level 1, from Tuesday, 26 November to Sunday, 1 December. Each product purchase comes with a two-year premium care and as a launch exclusive, there will be free gifts worth S$697 (limited to first 50 customers). This includes the Star Wars Jedi Challenge worth S$379, Lenovo UBS-C Laptop powerbank worth S$199 and Lenovo Yoga Mouse worth S$119.

Their starting prices are as follows: