Zeroed in: Our Q&A with developer Treyarch for Call of Duty: Black Ops Cold War 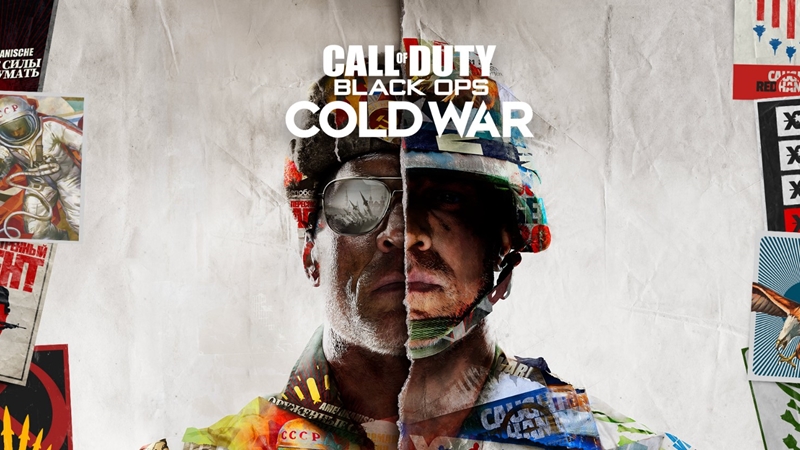 As an avid Call of Duty: Zombies fan, I really can't express how excited I am for the upcoming Black Ops Cold War, which is scheduled to release worldwide a month from now on Nov 13. But there's much more to the game than just blasting through mobs of the undead. Sometimes, or rather most of the time you'll just be blasting, or getting blasted by other players instead.

As a competitive FPS, Multiplayer (and by extension, Warzone) has always been a huge part of the CoD experience, and with the cross-play open beta arriving faster than you can reload your pistol on Oct 18, it's only natural that we'd have a mountain of questions for the Treyarch team. And our wish was granted.

Earlier this week, Treyarch invited us for a short Q&A session with two members of the development team, namely Studio Design Director David Vonderhaar and Lead Game Designer Matt Scronce. Over the forty minute session, they touched on topics such as the multiplayer gameplay, cross-play functionality, map design concepts and even a little on how the team balances guns and attachments. It's all pretty interesting stuff, so let's not dilly-dally and get right into the action. 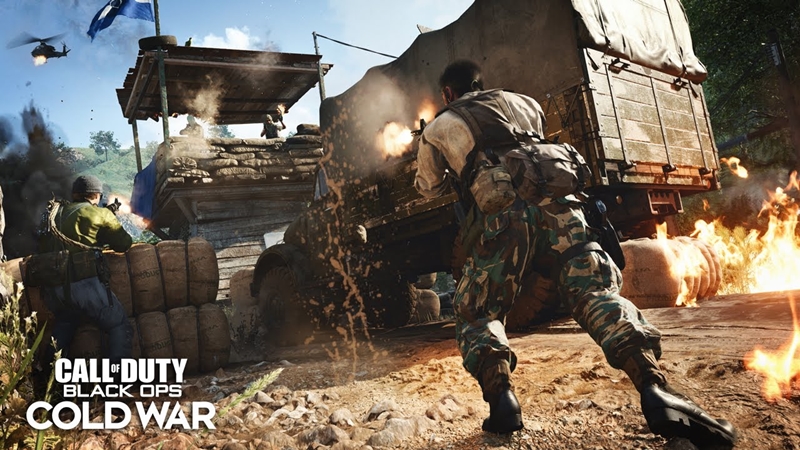 The first order of business was perhaps the most pressing one - discussing various pieces of community feedback about the multiplayer beta on console, as well as cross-play considerations from the team. Regarding the former, one of these comments mentioned that the guns in the beta felt rather similar to what we got for Modern Warfare, and after playing through it ourselves over the past few days, we found ourselves echoing a similar sentiment.

Frankly, it's not a bad thing per se, and Scronce wasn't shy about taking it as a compliment. After all, Modern Warfare is pretty hard to top when it comes to its realism aspect, and Scronce highlights that with regard to the BOCW beta as well. According to him, it was primarily about "maintaining that immersion and fantasy" for players, while not disrupting gameplay in any significant way.

The second query here was regarding cross-play. Specifically, given that the cross-play functionality for BOCW would be spread out across four different consoles with varying technical specs, one would certainly wonder how the team intends to optimise the game without compromising on gameplay for any of these platforms.

To that end, Scronce said that while he couldn't divulge the specifics of how they optimise gameplay, what he could mention was what challenges this overlap of sorts brought to the team's table. He talks about how the immense power of the next-gen consoles was a pleasure to work with, since it allowed them to really go all out with stuff like graphics fidelity, frame rates and other aspects. As for the current-gen consoles, he talked about how each console had different usage patterns depending on the owner 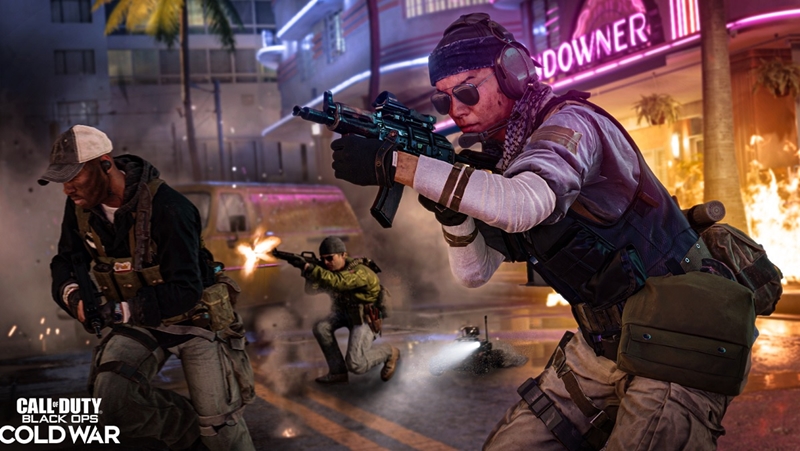 Next, the questions progressed on to more generic topics, namely those regarding map design inspirations and insights on the gameplay "flavours" the team tried to incorporate within the game. With regards to the maps, two of those, Miami and Armada, stood out during the discussion, and Vonderhaar was quick to step up and address where the team wanted to steer this aspect for gamers.

He says that it's primarily about knowing what characteristics the various locales had not just in terms of geography, but with regard to the time period as well. Bringing Miami up as an example, he noted that Miami during the Cold War era was a bustling city with bright lights and nightlife activity, which were the aspects they tried to capture in the map itself. Suffice to say they got pretty high marks on that test - the map resonates with a 70s-80s vibe that's pretty hard to confuse for any other eriod, and engaging in street-level combat in such an environment has a certain degree of swag to it.

As for Armada, which is primarily a naval map featuring ziplines for players to traverse between several ships, Scronce opened by saying that it was one of his favourite maps as well, because it sort of embodied what the Black Ops experience meant for him - swooping into missions, guns blazing, stuff like that. He says it was all about how they wanted to make BOCW an "ice cream shop" - which brings us to the next query on the "flavours".

When quizzed on what experiences they wanted to deliver to players in the upcoming title, both developers agreed that it was a "Call of Duty game for the masses" where they had a little something for everyone. This is where Scronce brought in the ice cream shop analogy once more in relation to the game's flavours and experiences. 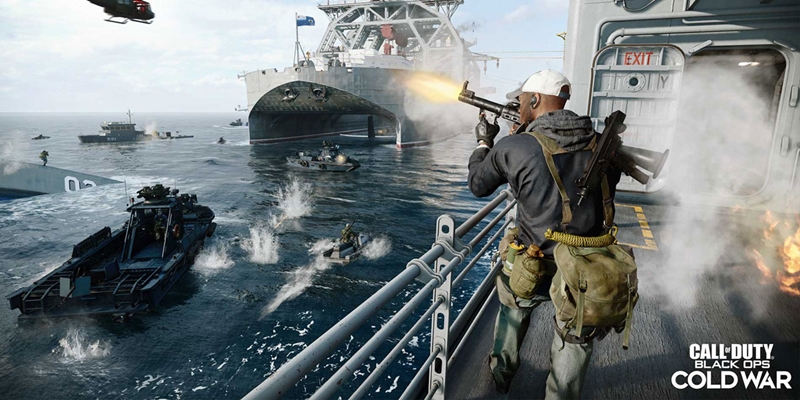 "On some days you want vanilla, and on some days you want err...smoked pork? I don't know." he quipped with a smile. But at the end of the day, he (and by extension the team) were ecstatic about being able to deliver all of those experiences to the community, and that's what really matters in the bigger scheme of things.

The third (and last) big area they touched on was with regard to game balancing and feedback, and in my opinion, it's also the most informative look we've gotten at how things actually work for developers when it comes to addressing the community's concerns.

Usually, most players don't see the bigger picture when they offer feedback - they mention that something needs to be fixed, but they don't exactly say why, which means the team doesn't know what the exact pain point is. To elaborate, Vonderhaar also provides an example where players ask for a certain gun or attachment to be changed, but it's never as simple as that - considering he might very well break "50 other things" if he just goes ahead without thinking. Scronce backs him up, saying that while they do appreciate feedback, the ones that really impress and help them are those that logically specify why something has to be changed.

And since we're on the topic of feedback and balance, there was a query that asked the devs how they balance the multitude of weapons and attachments. Here, Vonderhaar talks about the three parts that go into the balancing process: the first is data, like numbers and statistics derived from beta testing and suchlike. The second bit is what they as developers think about that object, and the third is what the community thinks about it. He then goes on to say that the balancing process is technically complete when all three of those fragments line up, and if they don't then the team repeats the process again. 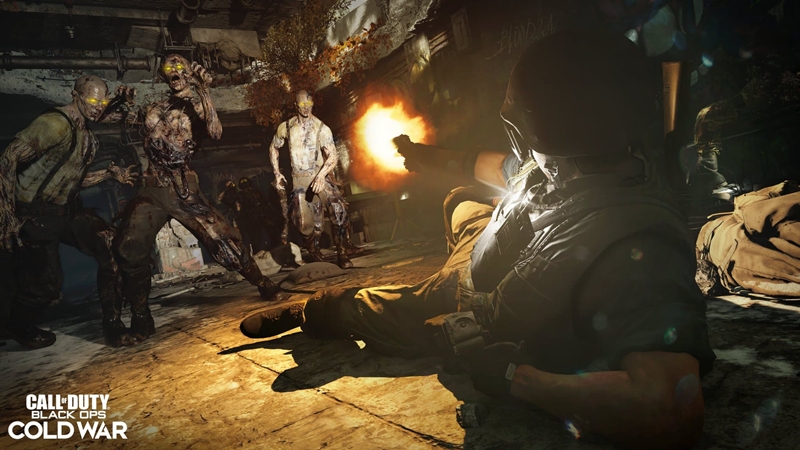 With that, we've just about wrapped up the main bits from our Q&A session, and it's been a really insightful forty minutes with the devs. We've learned a lot about what exactly goes into the technical and conceptual designing of the game, and it's making us even more hyped up for the cross-play open beta. Once again, the important date is October 18 for those who want to try out the game, and we highly recommend you do, regardless of whether you're a FPS newbie or a series veteran.