A Lord of the Rings Special: An interview with Weta Workshop's Richard Taylor

Richard Taylor on the cast of Lord of the Rings, big battles and dealing with fatigue

Bringing the Fellowship to life 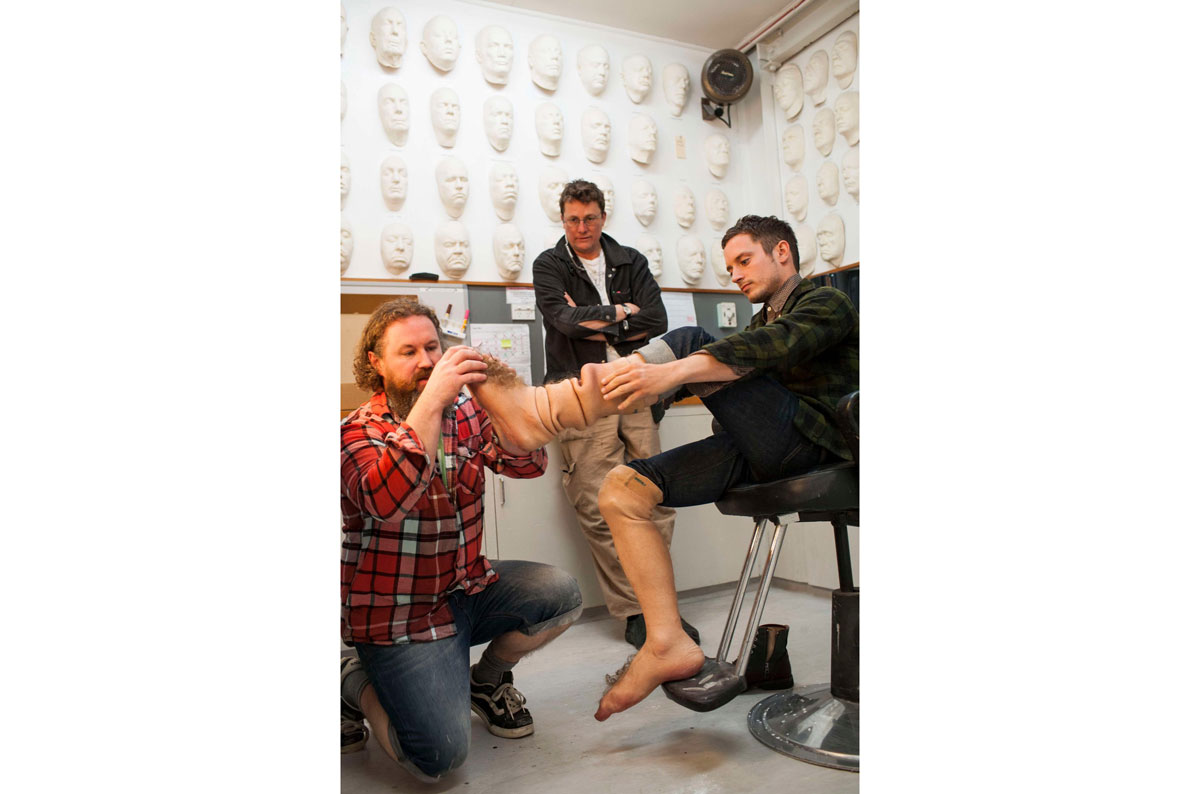 When asked about working with the trilogy’s iconic cast, Taylor becomes an avalanche of fond stories about interacting with the actors over countless meals, workshop visits and periods of filming. “Remember, seven of the nine leads were in some form of prosthetics every day,” he reminds us, which means that Weta Workshop had to work closely with the main cast over the entire trilogy. He describes the workshop’s unexpected friendship with Liv Tyler, who plays the half-elf Arwen in the trilogy.

Liv Tyler flew into the airport and arrived two and a half days before her first day of shooting. So she didn't even go to a hotel, she came straight to the workshop. And I [made a cast of her] within an hour of her arriving in New Zealand, I think she was about 17 or 18 years old. She asked for a cup of tea before I cast her head, and I thought I would be really civil and put white sugar in her tea instead of the normal brown sugar that I would normally use in my own tea at the time. But it turned out to be salt, which she spat back all over me. She wanted to know if I was trying to poison her. So that was not a good start.

As far as first impressions go, that wasn’t the best - but Taylor goes on to say that the actress quickly became a friend of the workshop and would come in every day to hang out with the staff, while they worked on a collectible figure of Arwen. “She was such a generous, lovely, kind person.”

Taylor can’t be stopped, and so on he goes about meeting the late Christopher Lee, who delivered a showstopper performance as the villainous Saruman. The two are alike in at least one way, as Taylor notes, “Christopher Lee sucks the air out of the room, such is his presence.” When Taylor and his family visited Christopher Lee and his wife Birgit Kroencke in London, they took several pictures together to mark the occasion. Upon processing the film rolls back at home, he discovered that Lee was posed like Dracula, looming over Taylor’s son in every picture. When they went out to dinner together, Lee recited poetry in multiple languages from Tolkien’s stories, and everyone in the restaurant, both the staff and their customers, let their meals go cold as they listened to the actor speak.

“It's actually bringing tears to my eyes, because of course, he's long since passed away. But I feel very, very blessed that he played a part in my life and especially in that film.”

The siege of Minas Tirith 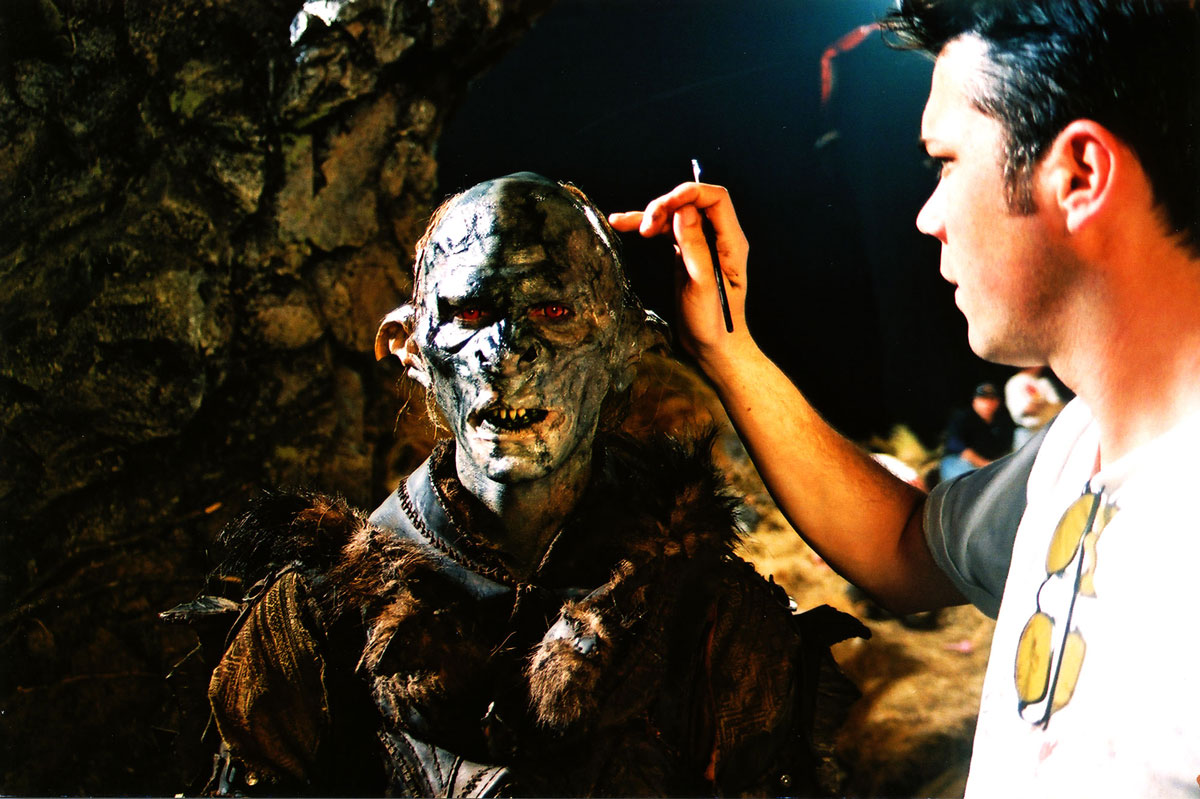 J.R.R. Tolkien wrote The Lord of the Rings with no small amount of description, taking care to flesh out every aspect of this fantastical world and make Middle-earth feel as real and lived-in as possible. This is undoubtedly why the books have amassed such a massive fan following to this day, since there is so much beyond the main trilogy - from short stories and historical lore to timelines, maps and other annotations - for fans to sink their teeth into. If a place is defined by its name, its people and its history, then Middle-earth is further from fiction than one might think.

Taylor notes that it was much easier to come up with props and sets for The Lord of the Rings trilogy precisely due to Tolkien’s keen eye for detail. “For us, those descriptions were so succinct and so thorough, that it allowed us to build from the writing [,,,] I think Rivendell is probably the miniature that most succinctly captured the atmosphere of Tolkien's writing. It almost fell together during construction, such was the confidence that we understood the vision of Tolkien's writing for that place.”

Taylor considers the siege of Minas Tirith the biggest action sequence his workshop worked on throughout the trilogy. It involved the highest number of extras, involving hundreds upon hundreds of people that needed to be fitted for costumes. He even recalls attaching leg guards to a Rohan extra in her 50s, and asking her if she’d brought her own horse to set. The extra then commented that her horse had become lame after its foot got stuck in a rabbit hole the previous night. Her solution was simple: she hitchhiked up a mountain in the evening, roped in a wild horse, broke it in and rode it back to set so she could continue acting. 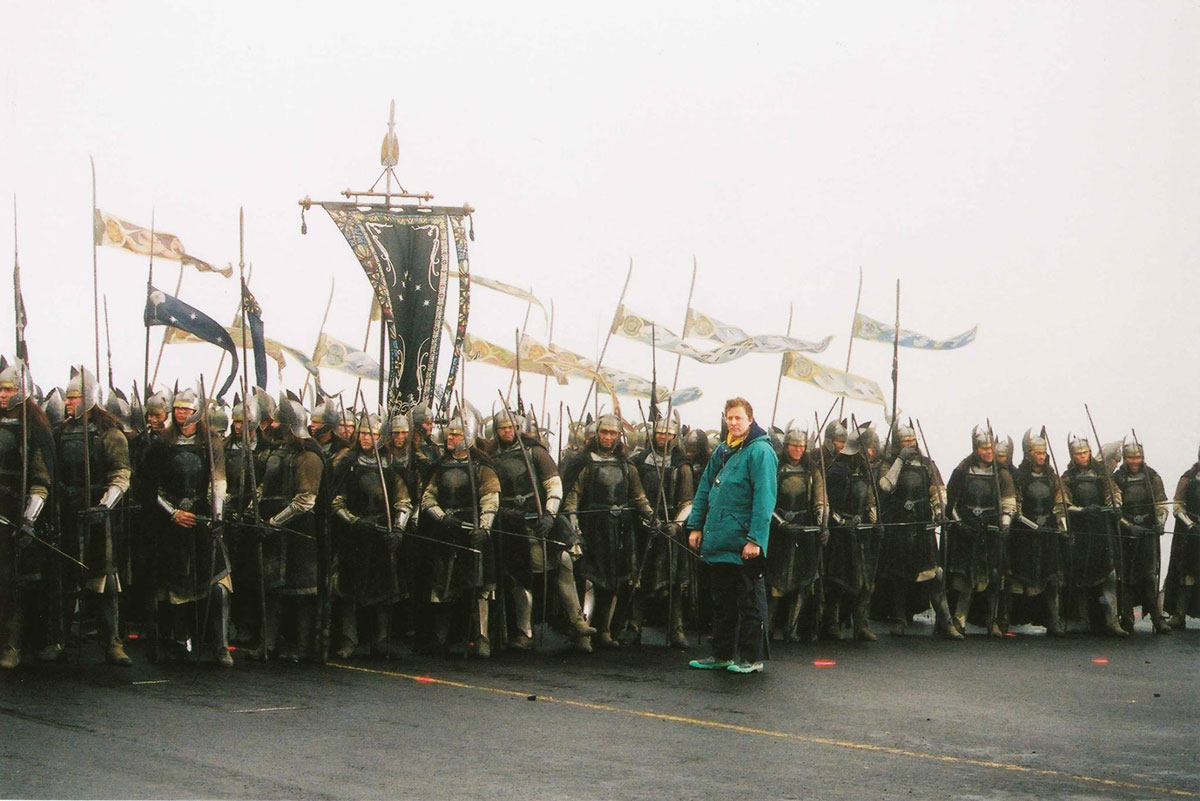 The siege took weeks of filming at night-time, in forced rain, with a massive number of extras shooting arrows and charging at one another with shields raised. Taylor would work all day in the workshop and then drive out to set in the early evening to help dress the actors, continuing to stay on until 1am to 2am before finally driving home to get some sleep. The cycle would repeat the same way, for every day of filming the siege. Despite this, it was his favourite set experience of the entire trilogy:

You're charged up on coffee and Red Bull and you're in this almost hallucinogenic world of rain and these dark figures of the Uruk Hai, the blood and the explosions…it's just mind boggling. It's just overwhelmingly impactful. And, you know, when the elves march up the causeway and into the keep - ugh, it’s just so good. Helm's Deep is probably my favorite set experience from a filming perspective. 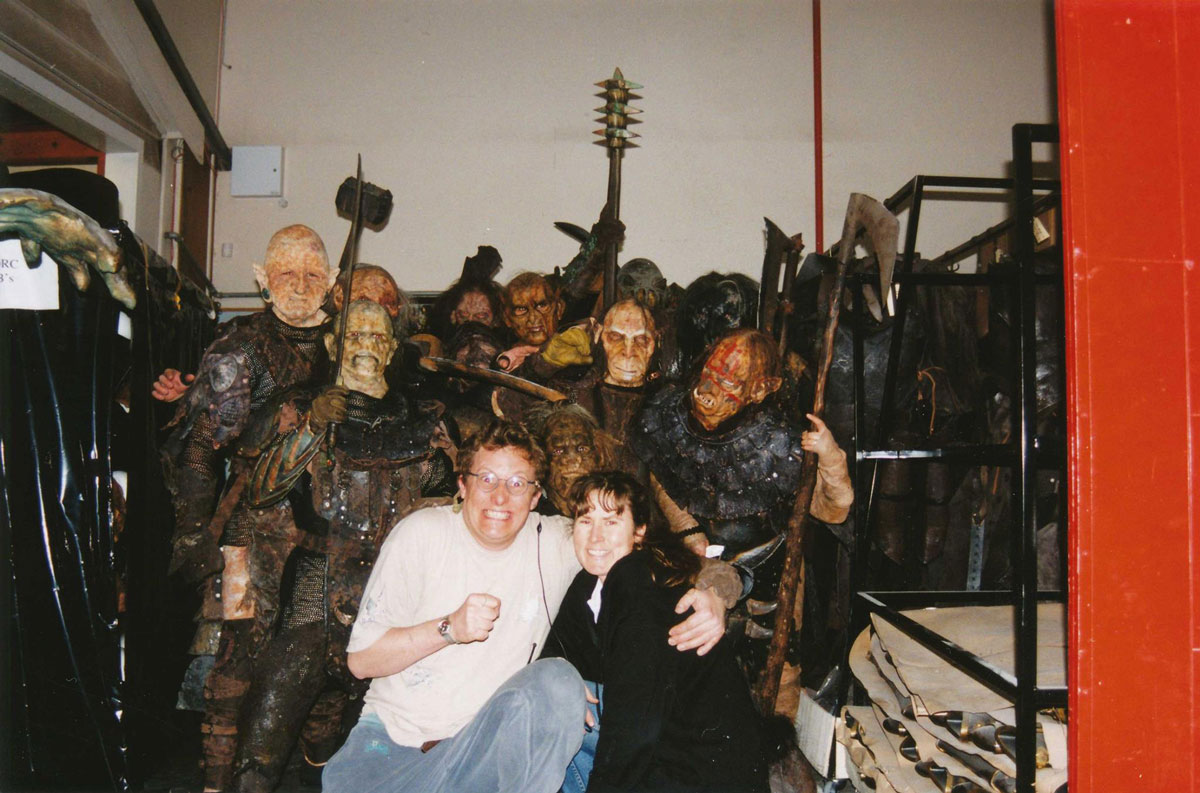 Filming the trilogy sounds like a grueling experience, though clearly Taylor looks at it with fondness today. On how he and his team avoids fatigue on big projects like these, he attributes it to, “running a marathon and never a sprint.” While studios run a sprint by filming a movie and then taking a six-month break, his workshop rolls from one movie to the next on a constant basis, doing seven-to-nine movies a year. The company is currently working on James Cameron’s Avatar 2, and future sequels in the franchise.

You might grab a bottle of water and get a sit down over Christmas, but you're straight back into it on the second of January. You're up and running again. I can't speak for other people because everyone has different levels of stamina and ability to cope with fatigue. I try to seek enjoyment in the creative pursuit of the work. We're very privileged to work in this career and to get to do this for a living. We don't pursue perfection, because perfection is an impossible goal. You would kill yourself trying, but you can pursue excellence...and excellence is a state of mind, isn’t it?

Taylor then clarifies that their work days have improved markedly since the siege of Minas Tirith. “90% of our crew do stay within a 40 to 45-Hour workweek, because we manage the work well enough to avoid the sort of hours that we needed to do on The Lord of the Rings.”

When one sits down to binge the entire trilogy in all their extended glory as this writer often has, it can be easy to miss just how much work was put into its production. Weta Workshop was only one pivotal cog in the complex behind-the-scenes machinery that brought The Lord of the Rings to life, after all. Richard Taylor’s time with the trilogy was as physically taxing as it was emotionally fulfilling, and one thing’s clear: he wouldn’t have traded it for the world.

Special thanks to Tourism New Zealand for making this interview possible.