A Lord of the Rings Special: An interview with Weta Workshop's Richard Taylor

Richard Taylor on Gollum's design and the post-LOTR funk 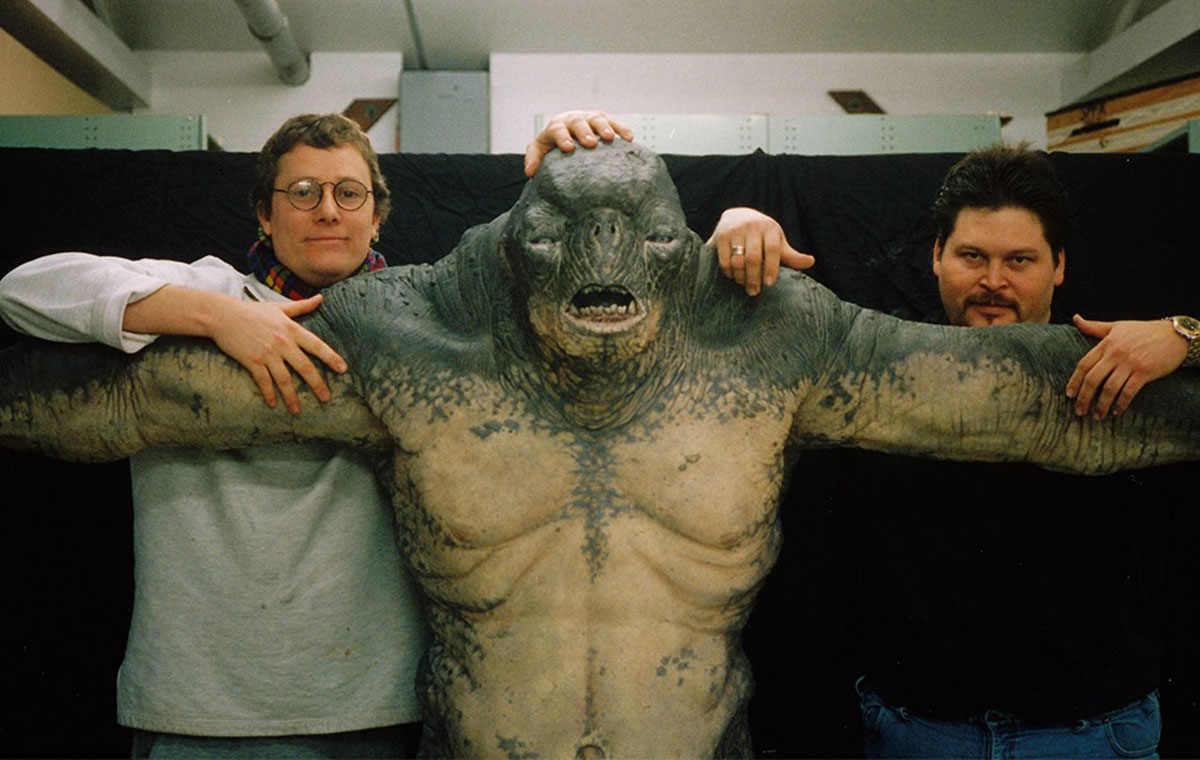 Peter Jackson’s The Lord of the Rings movie trilogy stands tall as one of the very best book-to-movie adaptations ever made, bringing J.R.R. Tolkien’s breathtaking stories to life on the big screen with aplomb. The trilogy recently celebrated its 20th anniversary last year, as The Fellowship of the Ring originally hit theaters all the way back in 2001. Yes, you really are that old.

To celebrate the occasion, we caught up with Richard Taylor, the founder and creative director of Weta, whose team worked directly with Peter Jackson to create the special effects makeup, visual effects and costume designs that have since gone down in history. He talked to us about Liv Tyler’s frequent visits to the studio, an unforgettable dinner with Christopher Lee, how Weta translated J.R.R. Tolkien’s vision of Middle-earth from text to screen and what filming the siege of Minis Tirith was like. 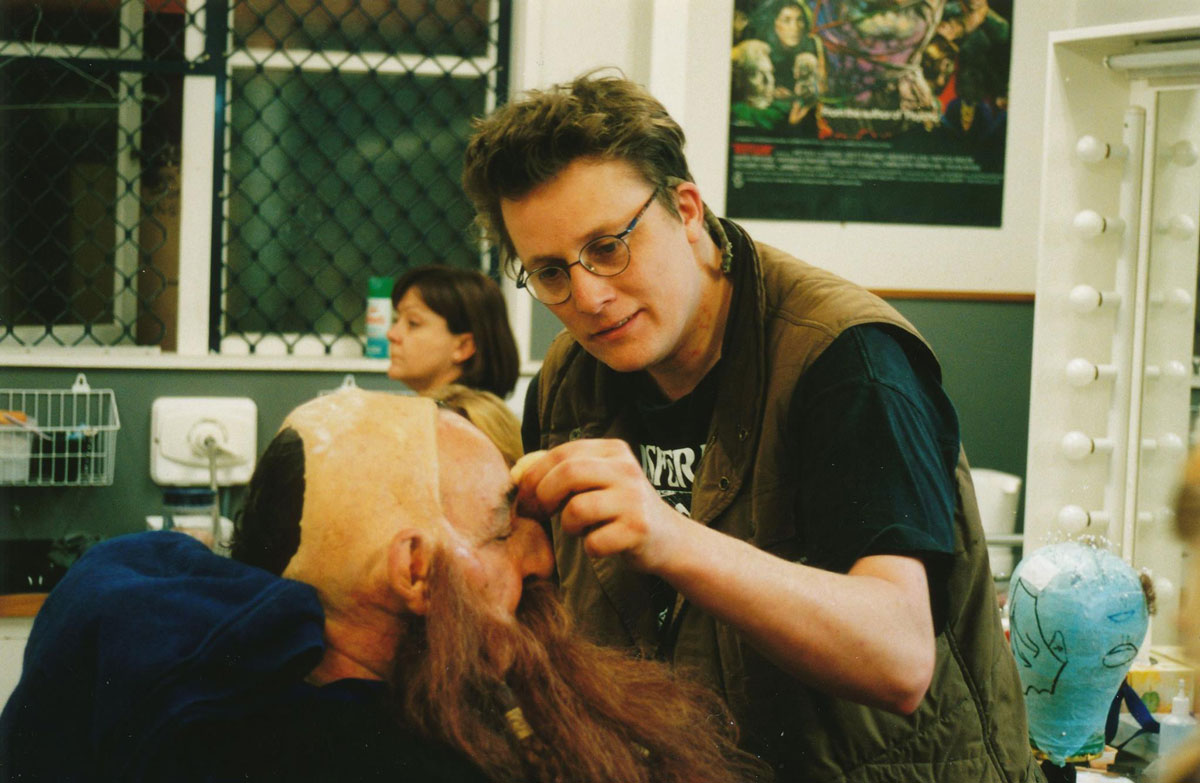 Two years into designing the creature Gollum, Andy Serkis stepped in to do motion capture. The special effects company behind the Lord of the Rings trilogy, Weta Workshop, then suddenly had to redesign Gollum to more closely resemble Serkis over the span of just two and a half months. Prior to Serkis’ arrival, Weta’s founder Richard Taylor and his team came up with around 3040 designs of Gollum. They sculpted a six-foot-tall scannable maquette with acrylic eyes in a T-pose.

A lot of work had been put into Gollum at this point by the team, who had a well-formed concept of what the creature would look like. And then Andy Serkis arrived. Taylor says:

I arrived on set and this actor was sitting in one of the couches, and I sat next to him and we got chatting, and it turned out to be Andy Serkis, who I had only heard as a voice that Peter [Jackson] had shared with me beforehand. He’d told me about this wonderful actor that he had found to be the voice of Gollum. And sitting next to him, I just realized that he entirely engendered the spirit of Gollum in his facial features, the way he was expressing himself. He went up on set for the first day and it became entirely clear to the crew and to Peter, that this person imbued the spirit of Gollum in his very being. It became evident very quickly that we needed to revisit our design.

As Andy Serkis would also have to play Smeagol the hobbit before his eventual transformation into Gollum, Peter Jackson decided that Gollum would have to be redesigned for the films to resemble the actor more closely. The rest, as they say, is history. The role has cemented Serkis as an icon in motion capture acting, and Gollum himself has become so popular as to warrant a spin-off videogame of his very own.

Richard Taylor has fond memories of being on set at The Lord of the Rings - particularly because the long periods of filming took him to breathtaking places in New Zealand, though they were somewhat marred by bloody fantastical battles at the time. Specifically, he recalls seeing the Uruk Hai come to life at the Queenstown-Lakes District in New Zealand - before yelling at the lot of them in the hot sun.

Every location I had the good fortune of getting to was thrilling for me. You're suddenly on set surrounded by characters from your imagination, and this was overwhelming to me. The first major location that I went down to was shooting the Uruk Hai attacking the Fellowship at Amon Hen. I was watching the morning’s filming and I was getting anxious that the Uruk Hai just weren’t in that almost maniacal, obsessive kill mode. Something just came over me and I walked out in front of them all. I picked up a sword and a shield and I started yelling at, like, 100 men dressed in costume in the hot sun. It was incredibly hot. It was so hot and I stood there, and I was yelling at them to get them into this bloodlust of berserker aggression. It worked, thankfully, and I felt a bit daft in front of the crew and Peter. But having developed the Uruk Hai for years, and then to desire to see them as I imagined… I just couldn't help myself.

At this point, it should be obvious that Taylor adored the Lord of the Rings long before it was adapted into a trilogy of movies that took the world by storm. Being a fan of the books himself, he and his workshop put a lot of work into Tolkien’s stories to bring these creatures, weapons and armour pieces to life over the course of seven and a half years. The process involved, “the design, fabrication and onset operation of armor, weapons, creatures, miniatures, and special makeup effects and prosthetics,” which means that they didn’t just have to create the props - but monitor their usage on set.

Taylor further explains that the team had to be trained before even working on these props but, “Being predominantly Kiwis, that was no problem, because there's a real can-do attitude in New Zealand. And everyone just threw themselves at the tasks and mobilised to achieve what was needed, and the workshop ran around the clock for years and years basically.”

To give you an idea of how much manpower was necessary to bring these movies to the big screen, The Lord of the Rings crew had seven units working at the height of production. There was the main unit, the second unit, the third unit, the pickup unit, a helicopter unit and two miniature units - though there was another miniature unit that saw shipping containers entering and exiting New Zealand on almost daily basis. Taylor calls it, “a big undertaking,” but, “never difficult to the point of not being enjoyable.”

Even though it was tough, I never, ever questioned for one hour of one day, why I would be doing this or why I would not be at home, or not seeing my family, etc, etc. You just had this incredible sense that you were involved in something so special and life changing, that you only wanted to do it and do it for the maximum number of hours. I always regretted having to go home late at night from the workshop to sleep for a while because I'd have to leave a project behind to pick up again the next morning.

‘A big undertaking’ indeed. Taylor even describes falling into a funk once production was over, even when the team headed right into production of The Chronicles of Narnia: the Lion, the Witch and the Wardrobe. “I just felt this deep sense of loss, almost like you had been told to leave home and you didn't really want to, and it took me months to get over it and get back into normal life.”