Interview: The cast of Fate: The Winx Saga discuss their magical boarding school 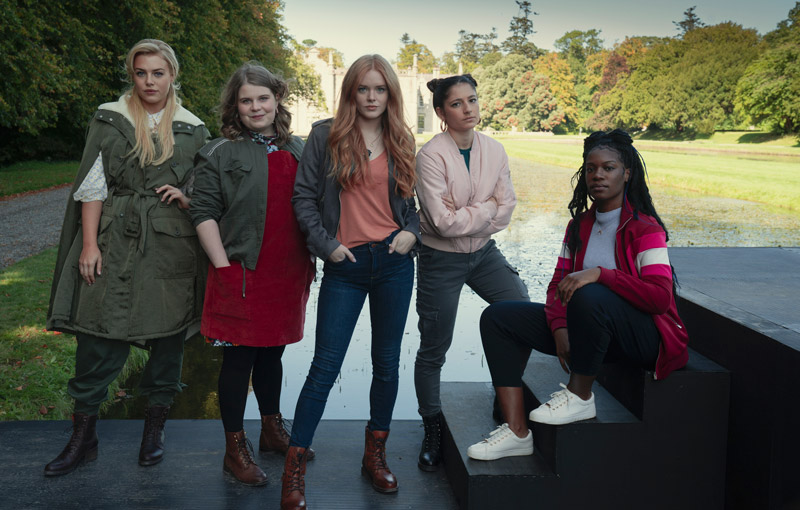 It’s like Harry Potter, but with a lot more fairies.

Fate: the Winx Saga is Netflix’s latest fantasy offering, a spin on the beloved animated series Winx Club. Unlike Winx Club however, Fate is determined to tackle darker themes: death, betrayal, shadowy monsters and of course, bitter romance. The series follows a group of young women attending a magical boarding school called Alfea College, but it doesn’t take too long for danger to bring them together.

The heart of the show is the Winx Club (though they aren’t referred to as such): Bloom (Abigail Cowen), Stella (Hannah van der Westhuysen), Aisha (Precious Mustaph), Terra (Eliot Salt) and Musa (Elisha Applebaum). We recently had the opportunity to sit down several members of the cast, exploring their time on the show and what they would like to happen next. Whose sisters loved the animated series, and lost their minds when their sibling got a part on Fate? Who misses the London Tube? What was it like working with showrunner Brian Young? Read on, and find out. 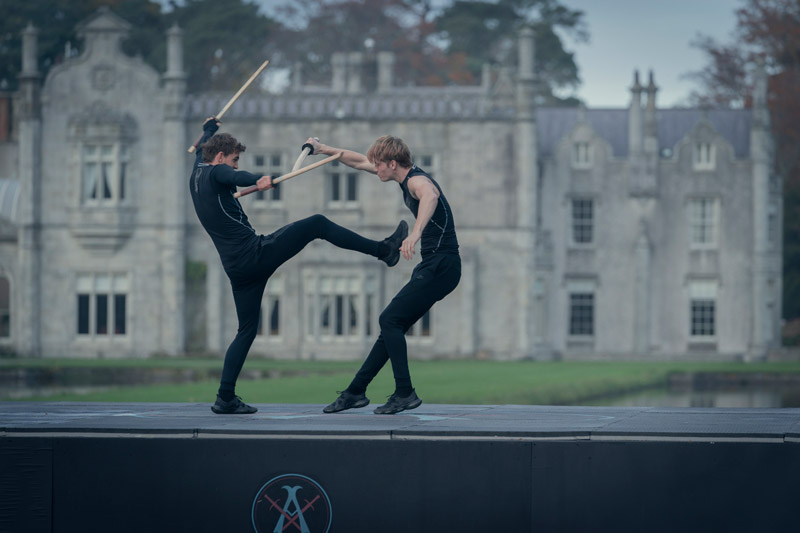 Musa ended up being one of my favorite characters, if only because unlike the rest of the group, she was really struggling with the nature of abilities. What exactly attracted you to playing her?

Elisha Applebaum (Musa): I love that she's very straight laced, she’s very honest. Because she has to be! The emotion is so overwhelming that she can just be like, I have to tell you the truth. And you're gonna have to take it because it hurts me. So I really liked how comfortable she was with just being honest and clear to people.

What did you find the most challenging about playing an already beloved and established character?

Hannah van der Westhuysen (Stella): Well, I think that's kind of one of the biggest challenges is that she was so iconic, and she is so established. And obviously, this version of Stella is not quite as kind to begin with as the original. But I think what's nice, is the fans have been so open minded, and they've really been open to her journey towards becoming the character that everyone knows and loves so much. So that you kind of get the origin as to why she's still a little bit shady, but also a lot more full of love than she is at the beginning of Fate.

When preparing for this project, how did you make sure that your portrayal of the character of Musa is both fresh and familiar?

Elisha Applebaum: So, I watched one season of the animation and realised that she's very different. She's got a completely new power. So a lot of my research was done by meeting someone I knew who had headphones, who would wear them all the time, and trying to understand why they wear them, and why Musa would do the same. But yeah, a lot of it was very fresh, because the animation’s Musa is quite different. So it was a lot of finding out new things and doing my homework.

How does it feel to have the show be embraced by so many people so quickly? And what would you like to tell them?

Elisha Applebaum: I think we are so grateful to have such open minded fans. We've taken such a big leap from what the animation is, so for people to open their minds, and actually enjoy this just as much as they enjoy the animation is incredible. So we couldn't be more grateful for them loving what we've done with it. And we notice all of you, like, we notice all your love. And we would just want to say thank you, because we can't have done it without all of you.

Hannah van der Westhuysen: I completely second everything that Alicia said. The overwhelming amount of love is just so incredible. And also the fact that the original Winx fans, and now hopefully the Fate fans are such kind and loving people and the fact that the show has done so well. It's just really reassuring of how many lovely people there are in the world, I guess.

Your characters get up to a lot of shenanigans in Alfea. There's magic, learning, romance, combat, but what was it specifically about this wild fantasy world that excited you?

Hannah van der Westhuysen: For me, it's the reality of the relationships and being a teenager, and all of those very human aspects amongst this magical fairy world, which really kind of drew me in because I had such a rough time when I was that age, and from having that experience, I was then thinking, “Oh, imagine if I also had to learn how to control light and the elements.” I mean, that's a lot.

Elisha Applebaum: Yeah, the reality drew me in more than the magic to be honest. 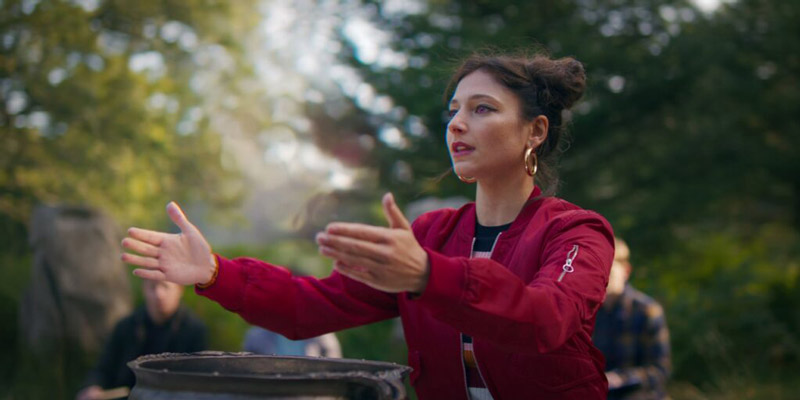 What was it like working with the rest of the cast, and how did you build the chemistry that we see among the five fairies on-screen?

Hannah van der Westhuysen: I think it was just such a joy from the moment we met, we just hit it off so quickly. And we did loads of organized fun. We really explored Ireland together and just hung out. We'd spend like 12 hours on set together, go home, and then have a cup of tea or a glass of wine in the evening. It's like we didn't want to leave each other alone.

If you get the opportunity to further explore these characters in the future, what would you like to see more of?

Hannah van der Westhuysen: Well, I think it's time that Stella stood up to her mum, for sure. And I'm really excited to see her friendships run deep and more of her barriers to come down. I think that would be really lovely, you know, particularly with characters that she's struggled or had hardship with, like Bloom and Terra, and Aisha even. Just having moments of really letting them in and realizing that's a safe thing to do. I think that's a really nice example for people watching. To see the joys of letting people in and being vulnerable.

Elisha Applebaum: I’d like to explore (Musa’s) past life and her family life. Because I think it's really interesting what happened to her mom, and why it happened. I also want to explore her powers more because she didn't really get to fight. Throughout the whole series, she was a bit of a lost cause.

Obviously, Fate is a big departure from the animated series in a lot of ways. But what parts of this show do you hope that fans who grew up with the original series connect with?

Elisha Applebaum: I think it would be great if they still connected with the magic. I think the magic is still there. And I hope we've created a space where people can still escape, like they did with the animation. And it would be amazing if they warmed to these new characters because in some ways, they feel extremely new.

Hannah van der Westhuysen: And also the friendship like, I think it would be a disservice if Brian (Brian Young, the showrunner) had written it the same as the animation, where they were all friends instantly - and it was just a load of fun adventures. Like, we've seen that, we've had that, and I think it's about being inspired by that and maybe finding the journey towards that. Along with the nuance of what it's really like to be at that age. 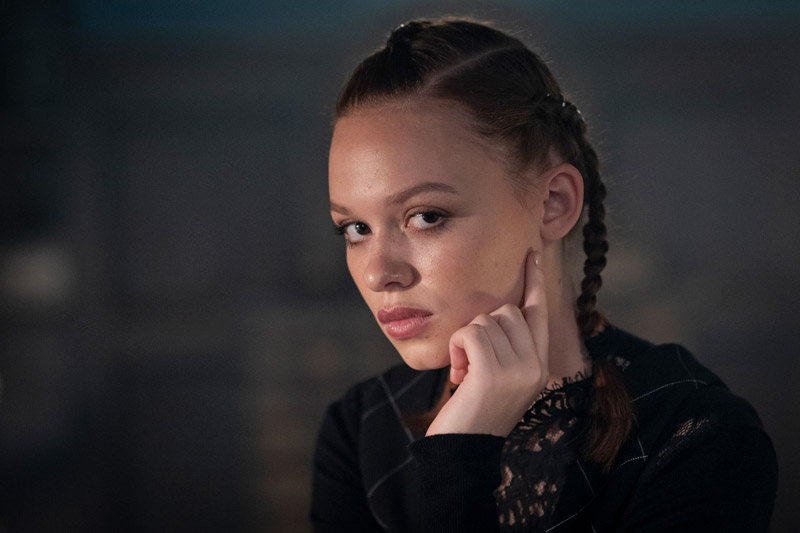 What was it like working with (showrunner) Brian Young?

Hannah van der Westhuysen: Oh, such a joy. He is such a creative ball of energy. And he was so encouraging. I mean, this project was his baby. It was his brainchild. And he really trusted us with it. Like, you know, we could go to him any time and say, “I was thinking this, what do you think about this, I think you should write that this happens to Stella.” And he would always entertain us, even when it was the most stupid and ridiculous idea. And also, he really trusted us in the choices that we made, which was such a blessing.

Elisha Applebaum: Oh, he was great to work with. I mean, this is one of my first ever proper projects. And it was really nice. He was on set for the majority of the time, so he was there whenever you needed him to question a line or just for a big hug, really? Because he's just fab.

Did you have a personal favourite scene that you filmed in the show?

Elisha Applebaum: It would have to be the scene where Musa and Terra have bought Mr. Silva in, and he's really ill. Because every single person was on the set that day. And it was amazing. Being able to work as an ensemble and have everyone there, just for a day, and just see these amazing people work... It was amazing. That was my favorite day.

Hannah van der Westhuysen: Yeah, similarly, mine was a day where everyone was there. It's actually the scene in the tunnel - Aisha wasn’t in that scene, but she was on set that day. And it's really lovely, because there's that shared moment between Stella and Tara, where she shares her light with her. And it was so nice, because it felt like I didn't have to act anymore. I could actually just be friends with everyone like we naturally were. In the scene, we're doing this thing for Bloom and pulling together. But in reality, it felt like I was pulling together with my actual friends to create this really magical moment. It was just such a joy.