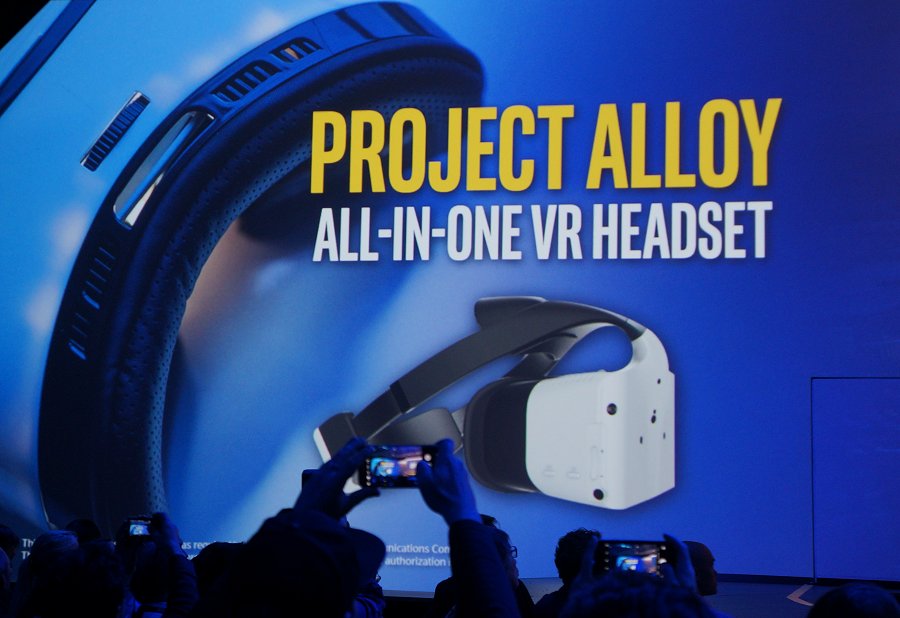 Let’s face it: True high quality VR requires high processing power, a head-mount display unit (usually tethered), controllers and plenty of sensors. The end result is what we’ve seen with VR solutions form HTC Vive and Oculus Rift. The best VR we’ve experienced to-date has been through HTC Vive, but any vendor can tell you the effort required to set it up is quite a chore and you are then limited by the room setup.

At Intel’s IDF 2016, one of the spotlights that holds a lot of promise is a next generation VR solution through Intel’s Project Alloy. In a nutshell, it’s an all-in-one VR headset that will offer a fully untethered VR experience with 6 degrees-of-freedom (6DOF) – without any other sensors or cameras. Heck, it doesn't even require a PC because it has an Intel Skylake processor onboard the headset to power whatever you need to run.

Most existing headsets solutions are 3DOF bases and rely on external sensors/cameras to accomplish 6DOF scale. Even then, options like HTC Vive are still tethered. While you might say Samsung’s Gear VR is an untethered option, It offers only 3DOF as it doesn’t have enough horsepower to tackle anything more and neither is it high quality enough like the PC-based VR options.

But the Alloy doesn’t just stop at that – it’s the first to bring about a Merged Reality experience. Existing options (such as Microsoft HaloLens) offer Augmented Reality (or also known as Mixed Reality), where virtual experiences/elements are overlayed on real environments. Merged reality delivers the opposite – it brings real-world elements into the virtual world.

Using Intel’s RealSense technology and cameras incorporated into the Project Alloy headset, you can see your hands, objects and even friends within the virtual environment – and even interact with them in the virtual world! 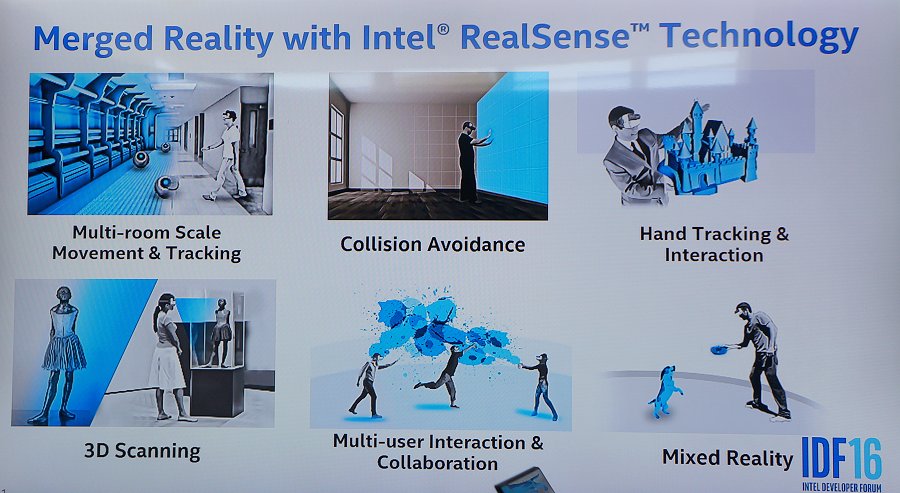 Intel will open the Alloy hardware and provide open APIs for the ecosystem, allowing developers and partners to create their own branded products from the Alloy design, in 2017. If you thought VR is already going mainstream, get ready for the next generation of VR using the Intel Alloy platform; here's a sneak peek of what Intel thinks you can experience:-

Taking  a closer look at the Intel Project Alloy headset

As we mentioned earlier, in its current prototype form, it is designed with an Intel Skylake processor, but no details were shared on what exact class as the specifications have yet to be finalized with other working parties. What is a possibility is that by the time it goes into retail, it might be using the upcoming 7th generation Core processor microarchitecture with Kaby Lake processors. From the RealSense capabilities perspective, the working model is designed with the RealSense ZR300 model, but the final retail model could be specced with the next-gen RealSense 400 series. 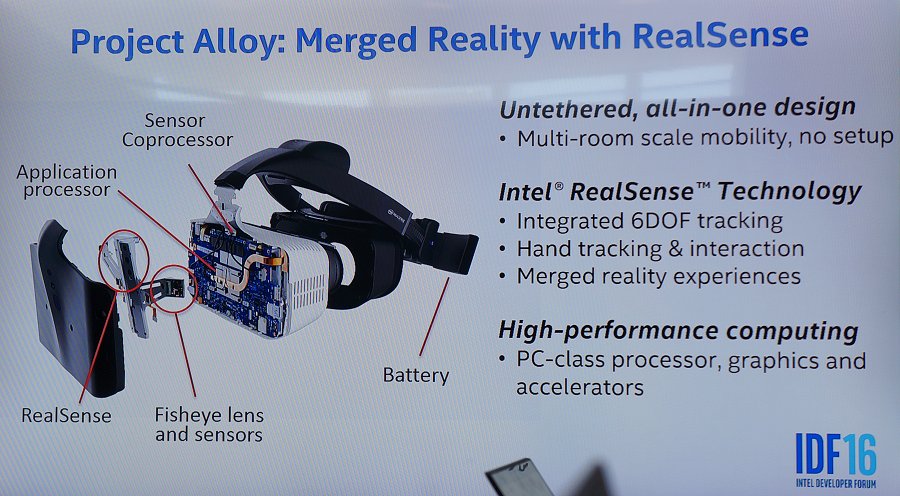 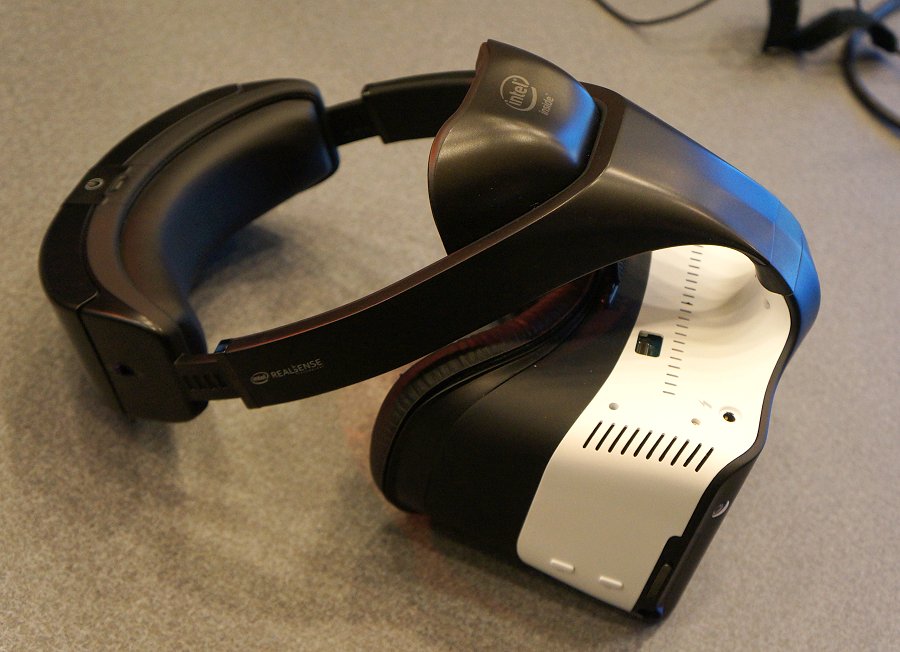 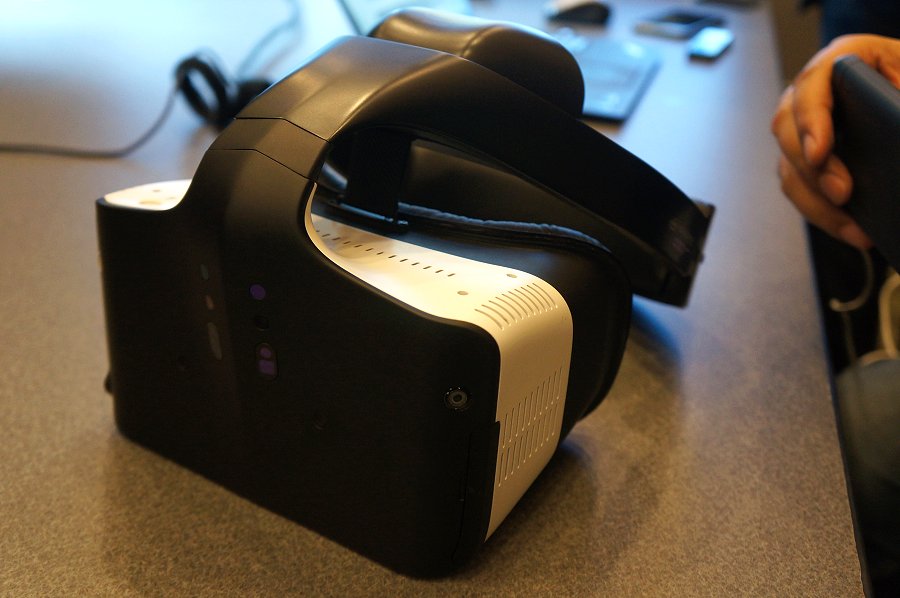 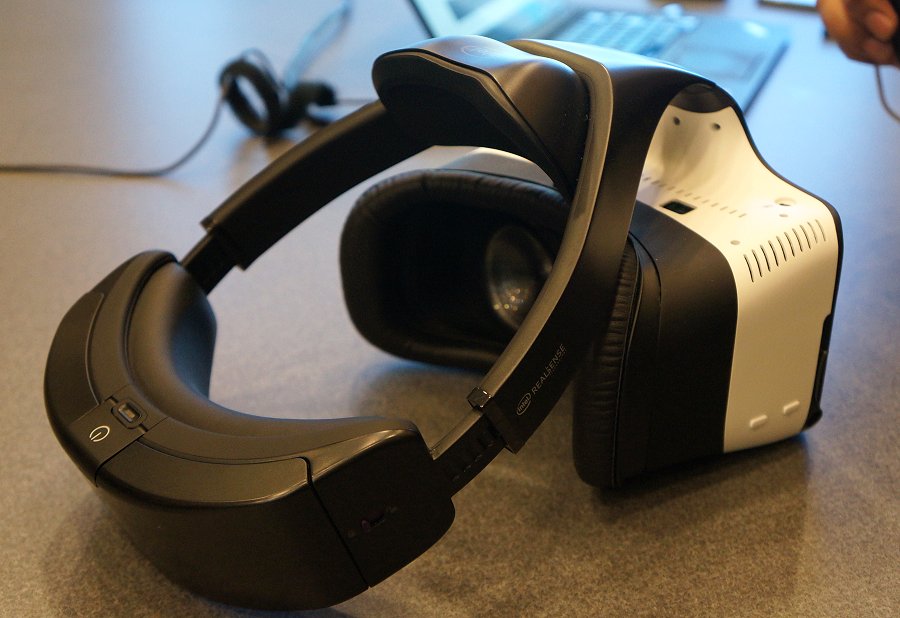