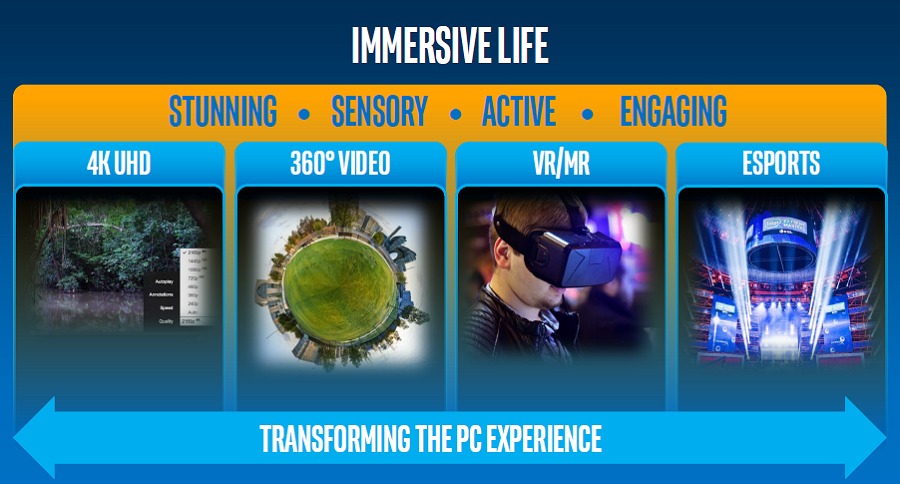 Get ready for Kaby Lake

After much speculation as to what Intel might bring to the table with Kaby Lake – the company’s 7th Generation Core microarchitecture - all was revealed under an embargo session during the recent Intel IDF.

In a nutshell, Kaby Lake is an optimized and refreshed Skylake processor (6th Generation Core) with an improved 14nm photolithography process (dubbed 14nm+) to yield processors that can be clocked higher while still maintaining the same TDP profile.

In short, don’t expect miracles, but the Intel has promised at least 10% improvement over Skylake thanks to the higher clock states achieved on Kaby Lake. That’s a decent update for just a minor processor refresh. And you can expect even bigger improvements if your'e upgrading from older processor generations. 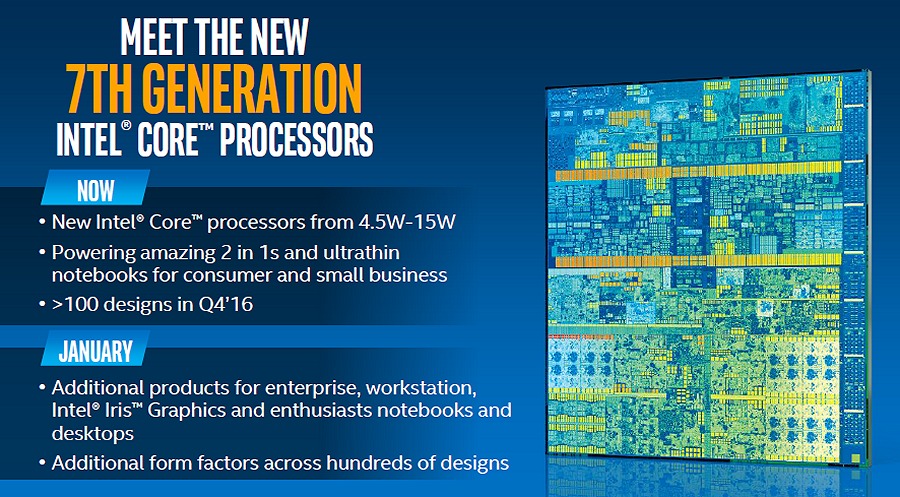 Similar to most new generation Core processor launches (with the exception of Skylake), the mobile processors for ultrabooks and ultrathin 2-in-1 notebooks are the first to benefit from the 7th Generation Core processors with the Y-series (4.5W TDP) and U-series (15TDP). Other variants for Kaby Lake will follow suit from January 2017, including desktop and enterprise use.

In terms of platform compatibility, it’s expected that Kaby Lake will be pin compatible to the LGA1151 socket used by Skylake processors. As such, we expect Z170 and B150 chipset based motherboards to be compatible with Kaby Lake processors when it’s time.

Here are the key details of the 7th Generation Core processors that are officially launched as of today:-

Note that Intel has migrated the upper tier Core M processors (m5 and m7 tiers to be exact) over to the Core i5 and Core i7 branding that can be seen from the Core i7-7Y75 and Core i5-7Y54 naming. That means only the Core m3 branding remains in the 7th Gen Core line-up. Intel hasn’t been clear to us on why this change in branding which is bound to create confusion. Let’s hope performance the differential is small to justify their bump up to the new branding tier.

Speaking of branding, all the new 7th Generation Core processors will have “7th Gen” clearly denoted in the processor classification stickers. Finally customers can tell at a glance if they are getting the latest and greatest products in the market. No more guesswork and digging into the Windows OS system details.

Deep dive into the architecture to find out what areas have been enhanced for 7th Generation Core processors on the following page!