Is your network intelligent enough to keep you gaming?

Is your network intelligent enough to keep you gaming? 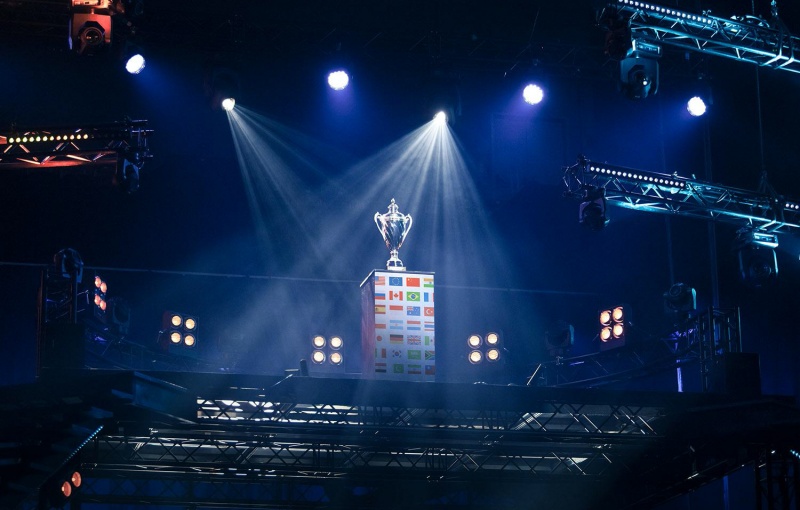 Keeping up with new and growing network demands

The popularity of online gaming and eSports has gone up as we've been exposed to more immersive games and better-funded and wider-reaching online tournaments. Companies like Apple, Amazon, Microsoft, NVIDIA and Google are or have already launched Cloud-based gaming platforms so that players can play on any device no matter where they are in the world.

Singapore has set its sights on becoming an eSports hub in the region, with a government-backed eSports training facilities and a new trade body for the industry. The industry shows no sign of slowing down, even amidst the current pandemic with Asia alone generating US$519 million in eSports revenue in 2019, accounting for nearly half of all global eSports revenue last year.

But with all of this, is your network really able to keep you connected and game non-stop? Will this new way of online gaming become as common as video streaming? Will the rise of 5G be a boon or bane? Can you really have an intelligent network at home? To find out, we spoke to Anup Changaroth, Chief Technology Officer for APJ and Senior Director for Strategic Business Development, at Ciena to find out more. For those not familiar, Ciena is an American telecommunications and networking equipment and software services supplier and is well known as an optical networking infrastructure supplier. 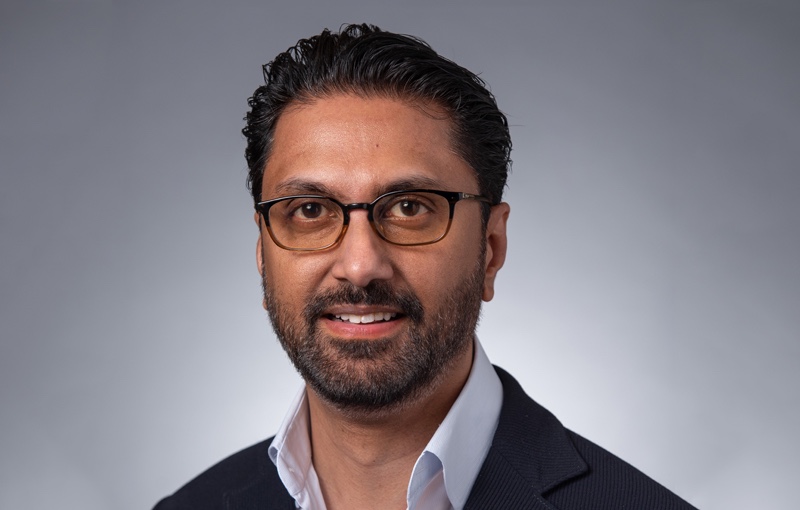 When we talk about gamers, we have two diverse camps - casual gamers and professionals. What are the connectivity demands for each of them? We’ve leapt to fibre, isn’t that enough for the casual gamer?

Anup: While fibre-based consumer broadband generally provides sufficient performance for home gamers, it is still based on a shared networking infrastructure, where packet latency and jitter performance can be quite significant. Nevertheless, multi-player gaming software has traditionally been designed to work with relatively poor network performance by compensating for the differences in connectivity performance for different players.

However, the gaming experience has evolved to become significantly more scaled, interactive, complex, and social. When coupled with the popularity of 4K streams and the recent explosion of augmented and virtual gaming (AR/VR), networks will likely get pushed past their limits – meaning the pressure is still on for service providers to address the key issue of allocating the necessary resources during peak periods of use, regardless of whether the gamer is professional or not.

Additionally, Professionals are continuously seeking the ultimate in performance from the network, the same as they do with their gaming PCs, and this typically means not just high-speed connectivity, but also ultra-low latency and jitter-free performance which can generally only be achieved through “last mile” networking infrastructure that’s less shared and networking proximity to the gaming servers.

In the past when the Internet was slow, the common response was to buy more bandwidth even if the problem was slow equipment or infrastructure. How do we solve it now? 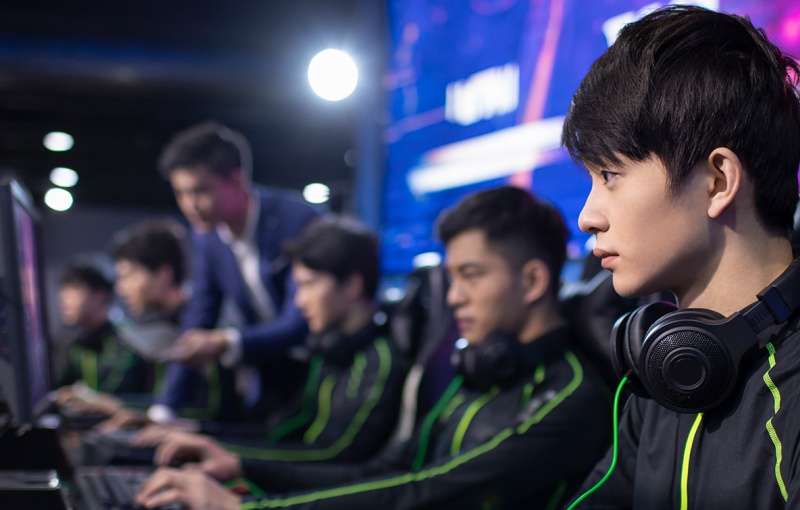 Anup: The general term used was “throw bandwidth at the problem”, but that really only address the issue of network congestion – an issue generally brought on due to the relatively low capacity of shared backbone infrastructure where there’s constant contention for the available bandwidth.

In the last decade though, while consumer broadband last-mile capacity has scaled-up 10-times from 10s of Megabits-over-xDSL to Gigabit-over-PON, commercial optical backbone networking technology has scaled 100s of times from 10 Gigabit based Synchronous Digital Hierarchy (SDH) to 100s of Gigabits with Dense Wave Division Multiplexing (DWDM) which is more recently approaching Terabits scale, through advancements in what’s known as Coherent Optics.

We have had solutions covering network visibility for a long time with tools like Gigamon, SolarWinds, etc. Why is it still an issue?

Anup: Those types of network visibility solutions are generally designed for Enterprise applications and are relatively costly, in both capital expense and operational costs, and are not suited for large scale broadband network deployments. Existing solutions for troubleshooting and resolving network issues were developed to mostly support static networks and services and revolve around reactive processes based on scrutinising events and alarms. Such methods are simply not effective nor scalable in the long-term, as networks become increasingly complex and dynamic.

How should service providers go about designing a network with visibility to accommodate the network demands of eSports and gamers?

Anup: In order for service providers to streamline their trouble-to-resolve workflows and achieve business growth, they need to take on a proactive approach rather than a reactive one, to predict potential network outages  — before they happen — and pre-emptively resolve them before they impact end-users. As such, significantly “lighter” and dynamic Service Assurance tools are required that will allow service providers to scale and have deep visibility into their network to automate and optimise their business processes, improve agility, and reduce costs.

Thus, there is a need for smarter networks that can give service providers the visibility of network demands, while also intelligently allocating resources when and wherever needed. By leveraging AI and data analytics to predict and enable automatic resolution of network failures, service providers will be able to continuously improve operational efficiency and effectiveness and elevate the end-user (gaming) experience.

What is wrong with our current network designs that we need to think about redesigning them? What does a network that can handle future gaming needs look like?

Anup: The gaming industry is rapidly growing with over 2.5 billion gamers globally and from the multi-million dollar tournaments, it’s clear that video games have evolved way beyond just casual entertainment. Gamers are demanding more flexibility and mobility for their gaming experiences. Augmented and virtual reality, along with the wide-scale adoption of mobile gaming and the shift towards cloud gaming, not to mention the millions of gamers and spectators simultaneously live-streaming every day—all mean that networks need to adapt in order to meet new bandwidth demands.

Furthermore, consumer appetite for enhanced mobile gaming experiences has also evolved, given the ubiquity of smartphones and mobile apps. The recent upsurge of ‘battle royale’ games such as Fortnite Mobile and PlayerUnknown’s Battlegrounds (PUBG) Mobile, highlights the demand for premium games offering enhanced graphics and gameplay, which in the past would only be found on consoles or PCs. Game makers are also increasingly looking to integrate AR features to deliver uniquely immersive gaming experiences not available on traditional gaming platforms.

These new data-hungry games feature multiplayer elements and require constant and reliable connectivity to support the gameplay, which means networks must evolve and adapt to this new pressure or risk confining mobile gaming to Wi-Fi. To operate efficiently and cost-effectively, networks need to have the agility to scale on-demand, rather than focusing solely on the capacity of the network, to make the most of every available resource, and continuously self-optimise, all in real-time.

Highly intelligent and automated networks play a pivotal role in the growth of the gaming industry, supporting not only the gaming itself and key innovations, but also the associated video content, social interaction and of course, large-scale gaming tournaments. eSports tournaments are integral to the gaming industry and their live streams place pressure on the network with thousands of viewers tuning in from all over the globe.

Not to mention, tournament organisers are also looking into AR/VR/4K live streams for viewers, which could rival that of the Olympics and other traditional sports live streams in the coming years. With millions of dollars at stake, there is no room for instability or buffering. Networks thus need to be able to respond to spontaneous surges of traffic across the network at all times, with the agility to scale on-demand, to deliver an ultra-low latency experience.