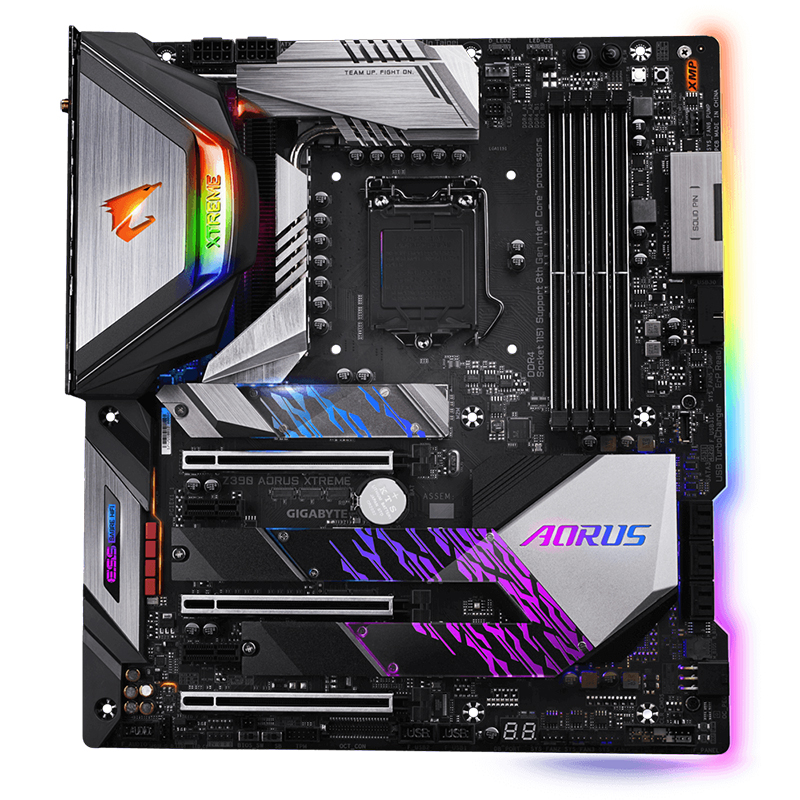 Like most of the other boards in this shootout, the Aorus Xtreme’s main focus is overclocking. It has a 16-phase IR Digital VRM that’s in turn cooled by a massive finned heatsink, which should help keep the vital components running cool. The finned design is generally considered superior, as it provides additional surface area for heat dissipation. 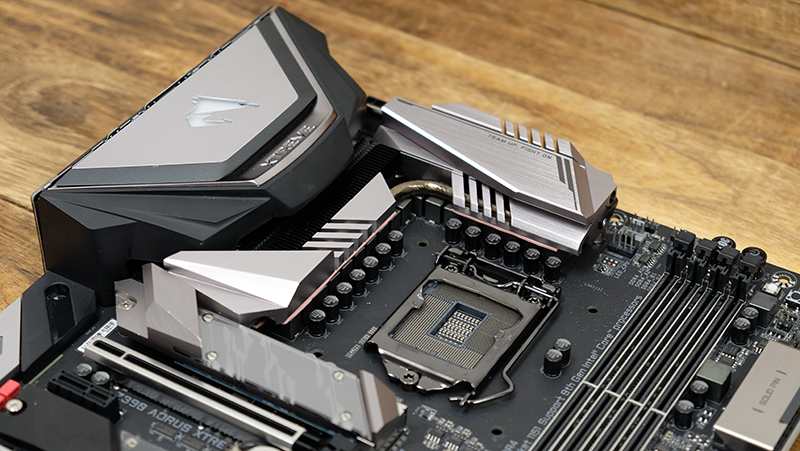 The rear of the motherboard is covered with a huge aluminum base plate for extra structural rigidity. It serves a purpose for cooling as well, with a thin layer of what Gigabyte calls nanocarbon that supposedly helps improve thermal dissipation. This helps channel heat from the board's components and the back of the PCB to the base plate, which doubles as a passive heatsink. 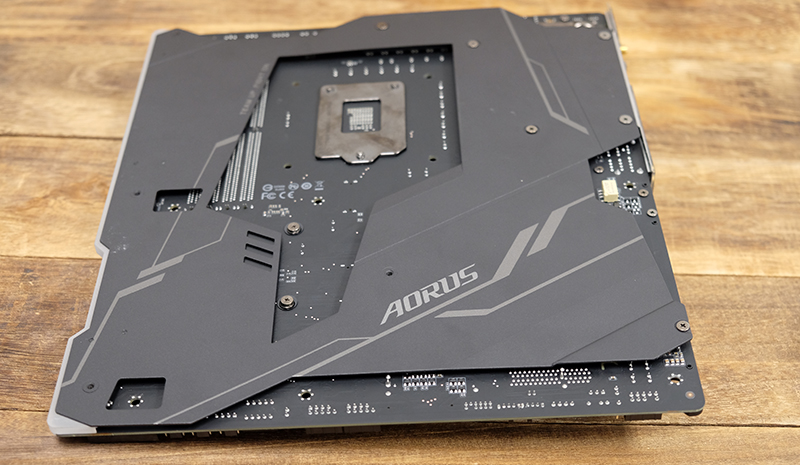 One other thing I like is how the base plate interfaces with the PCB. It does so quite seamlessly, and Gigabyte filled out the gap between the metal and the PCB (it houses the RGB edge lighting) so it just feels like a single, thick edge. This means no sharp edges, unlike on the ASUS motherboard, and it really helps convey an impression of quality and robustness. 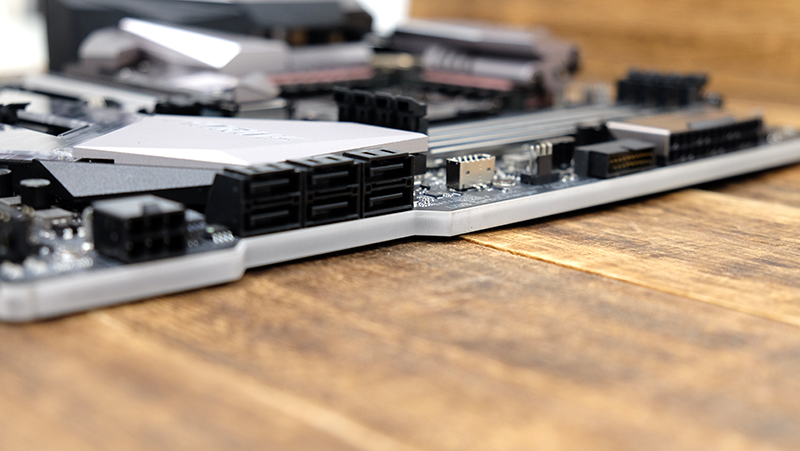 In addition, there are a total of eight fan headers onboard, but that can be expanded to 16 if you plug in the bundled RGB Fan Commander. All the fans support both PWM and DC fans as well, so you don’t have to worry about using the correct headers. The Smart Fan 5 software is pretty nifty as well, and you can create custom fan curves for each fan or set them to run in semi-passive mode for less noise when the system is idle. 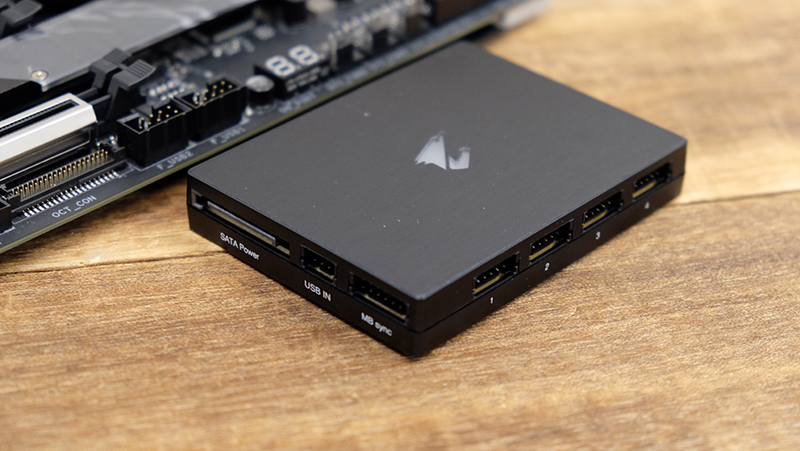 Gigabyte has also provided extra power connectors to supply power for the CPU and GPU during extreme overclocks. You’ll find two 8-pin CPU power connectors and a single 6-pin PCIe connector for the GPU. You probably won’t need these unless you’re pushing for super high overclocks, but they’re a nice addition for enthusiasts looking to take their hardware to the limits. The company says it uses solid pin power connectors as well, which provides a larger contact area for electricity and is better able to sustain higher power and heat.

Furthermore, the 6-pin PCIe connector is more smartly placed than the one on the MSI MEG Z390 Godlike. It is located at the bottom right edge of the board, so you don't have to snake your cables across the board to reach it.

The 24-pin connector is also angled to run parallel with the board, which could help make cable management look neater. That said, the orientation of the connector may pose a problem for certain custom extension cables, often a mainstay in high-end rigs. The clip is located at the top of the connector, but many custom cables are pre-bent in a way that best works if the clip were at the bottom. It’s not a super big problem, but it’s still something to take note of. 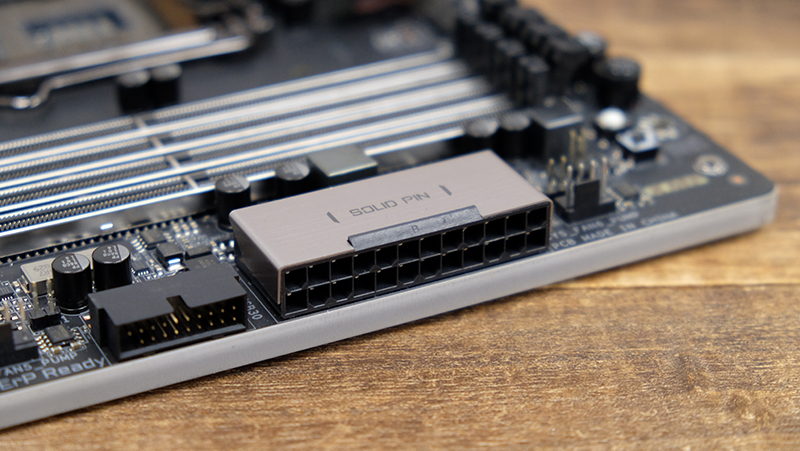 Gigabyte also chose not to carve out an area on the board for dedicated overclocking controls like clock speed adjustments. Instead, it’s moved all that to a dedicated PCB in the form of the OC Touch Panel. This interfaces with the OC Touch connector at the bottom of the motherboard, and it houses controls for tweaking the BCLK and CPU core ratios. There are dedicated DIP switches as well for toggling the CPU’s integrated graphics and setting the board to boot at a safe frequency, or the lowest CPU ratio. In addition, you get six extra 4-pin fan headers and buttons for clearing the CMOS and battery. 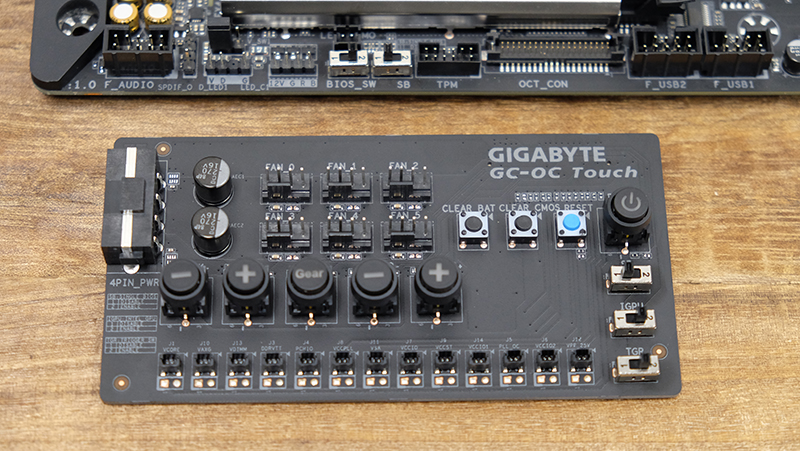 That said, there are still some basic controls that you can fiddle with on the board itself, if you don’t want to bother with the OC Touch Panel. For instance, there are DIP switches to toggle between single or dual BIOS modes and switch between the main or backup BIOS. There’s also an OC button that lets you load up Gigabyte’s optimized overclocking configuration with just one click. Finally, the power, reset, and clear CMOS buttons sit at the top right hand corner. 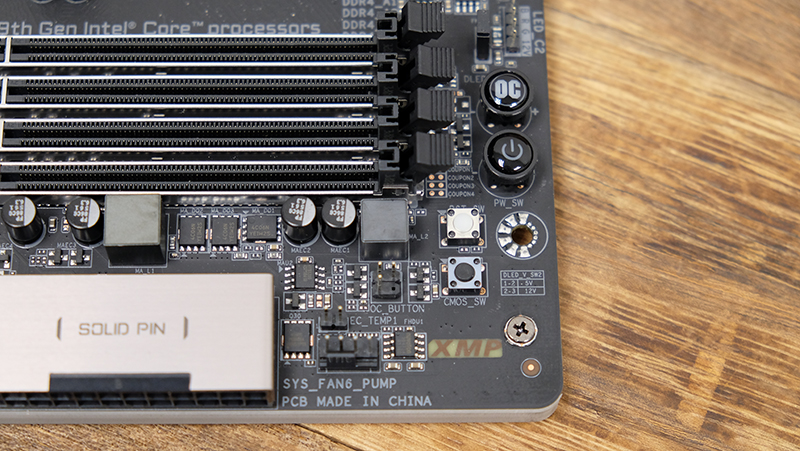 A debug LED is located at the bottom of the board, where you’ll also find status LEDs that correspond to the CPU, DRAM, VGA, and boot device. 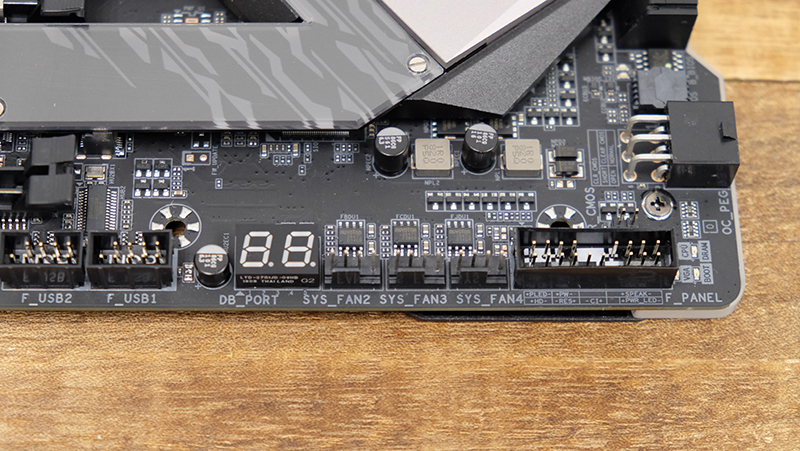 On the storage front, you get six SATA 6Gbps connectors and three M.2 sockets. The bottom M.2 slot doesn’t support SATA drives however, but they’ll all take PCIe SSDs. In addition, they all have dedicated heatsinks to reduce thermal throttling. 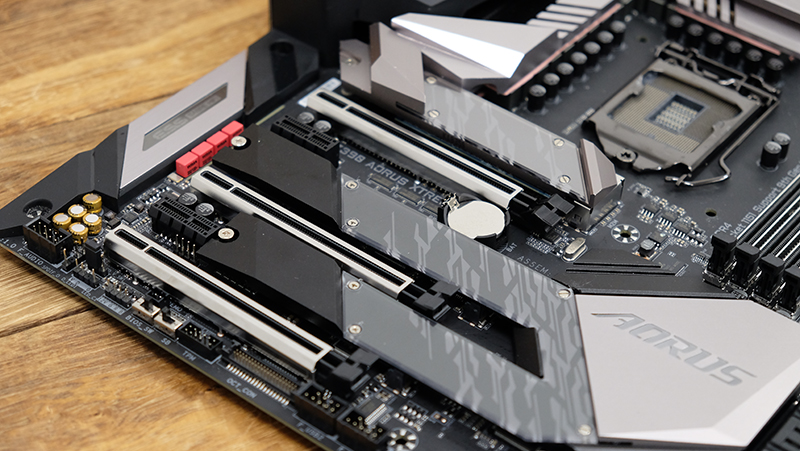 The Aorus Xtreme also has one of the richest selections of connectivity options. It is the only board here to feature not one, but two, Thunderbolt 3 connectors. On top of that, there are four USB 3.1 (Gen 2) Type-A, two USB 3.1 (Gen 1) Type-A, and two USB 2.0 ports. There’s also an HDMI output and two RJ-45 ports, one of which supports 10G Ethernet thanks to an Aquantia AQC107 controller. 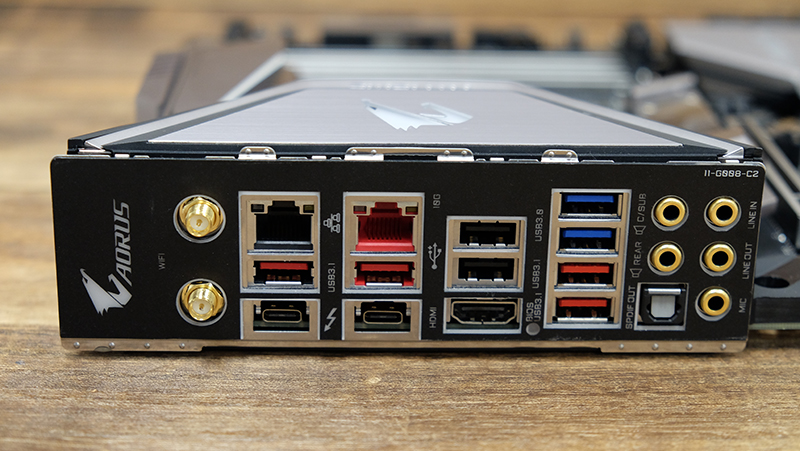 Of course, there’s onboard Intel CNVi 802.11ac Wi-Fi as well, which supports a maximum throughput of up to 1,733Mbps.

Another useful feature is something Gigabyte calls USB TurboCharger. This is a front USB 3.1 (Gen 1) connector that hooks up an equivalent port at the front of your chassis. It supports Apple and Android devices that work with Quick Charge 3.0, a nice boon if you often charge your smartphone from your PC.

The audio circuitry is quite impressive as well. It features an ESS Sabre DAC and quality components like TI Burr-Brown op amps, WIMA capacitors, and an anti-pop circuit design to prevent annoying popping noises when plugging in or removing the audio jack. There’s also separate signal processing for the left and right audio channels for cleaner stereo sound.

To cap things off, this is one of the fanciest boards in terms of RGB lighting. The right edge of the board boasts an attractive underglow, and even the I/O shield and M.2 heatsinks are illuminated.