The ASRock Z390 Taichi Ultimate is the most affordable motherboard in this shootout. At S$499, it is considerably cheaper than its competitors, so it’s shaping up to be a value-for-money option that’s crammed with a ton of flagship-level features.

That said, it still borrows heavily from the Z370 Taichi that came before it. Most of the slots and connectors follow the same arrangement, but a bunch of small upgrades has been made if you look closely. For instance, while the Z390 Taichi Ultimate also uses a 12-phase power design, the MOSFETs are now beefier 40A parts compared to the Z370 Taichi’s 30A components. In addition, the heatsink over the MOSFETs is now larger. 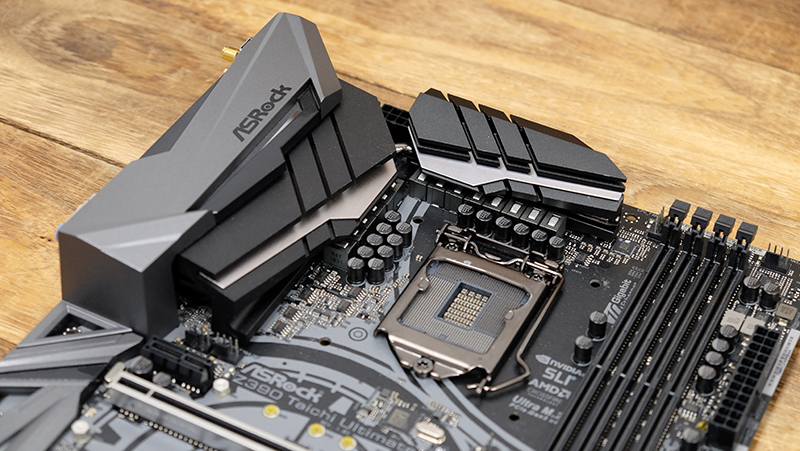 On top of that, ASRock also built a 4-pin power CPU power connector to supplement the existing 8-pin connector. In comparison, the other more pricey boards have dual 8-pin connectors here. Compared to the Z370 Taichi, the Z390 Taichi Ultimate adds more fan connectors as well. It now has eight 4-pin headers (including a dedicated water pump connector), up from five from before. All these changes were probably made with the octa-core Core i9-9900K in mind. Its combination of a high core count and high clock speeds translate into higher voltage levels and increased power draw, so the power circuitry had to be beefed up to better accommodate that.

There have been cosmetic upgrades as well, and the plastic I/O shroud is now outfitted with RGB LEDs that you can customize using ASRock’s Polychrome Sync software. That said, the unique cogwheel design makes a reappearance here again, and the PCH heatsink gives the impression of being comprised of several gears stacked together. 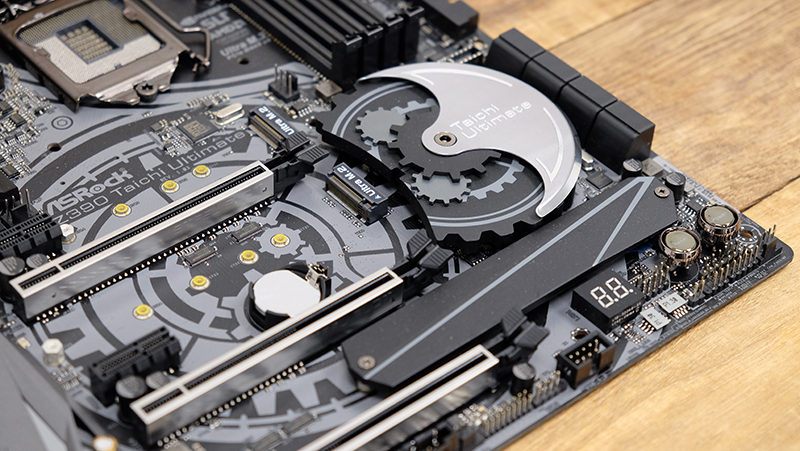 Despite the upgrades to the I/O shroud, this board also remains one of the more plain-looking ones in this shootout. That’s not necessarily a bad thing, but you’ll still be able to dress your system up with extra LEDs with two RGB headers and one addressable LED header onboard. 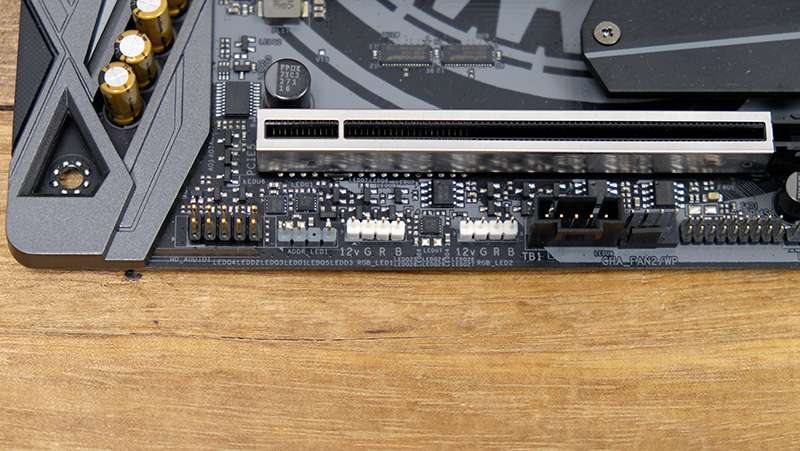 Another notable change is that the rear USB 3.1 (Gen 2) ports are now being provided directly by the Z390 chipset, which eliminates the need to use any third-party USB controllers for this. However, that’s not to say that the board doesn’t use any third-party controllers at all, and ASRock is relying on the ASMedia ASM1074 hub to provide additional USB 3.1 (Gen 1) headers. A front panel USB 3.1 (Gen 2) Type-C header is also present, courtesy of an ASMedia ASM1562 retimer.

On the storage front, you get three M.2 sockets, but only the one at the bottom comes with a dedicated heatsink. It’s located the furthest from the PCIe slot where you’re unlikely to install your GPU, so this is clearly ASRock’s way of minimizing thermal throttling for your primary drive. All three M.2 sockets also share lanes with specific SATA ports, so if you do install a SATA M.2 drive, you’ll need to check to see which of the eight SATA 6Gbps ports you can no longer use. Networking options are pretty robust as well. In fact, this is one of the most feature-rich boards in this area, nearly bordering on overkill. The Z390 Taichi Ultimate has no fewer than three LAN ports, comprising two Intel-based Gigabit Ethernet jacks and one 10G port provided by an Aquantia AQC107 controller. The Intel controllers are the I219-V and I211-AT, and they both support teaming functionalities.

This is also where the board differs from the non-Ultimate Z390 Taichi below it. The latter lacks the 10G LAN port, so if you turn out to have a fast enough internet connection, the Taichi Ultimate is the board you want.

On top of that, the Taichi Ultimate boasts upgraded Wi-Fi capabilities. The 2x2 module supports a maximum throughput of up to 1,733Mbps and MU-MIMO, so it’s also compatible with the latest 802.11ac Wave 2 routers. 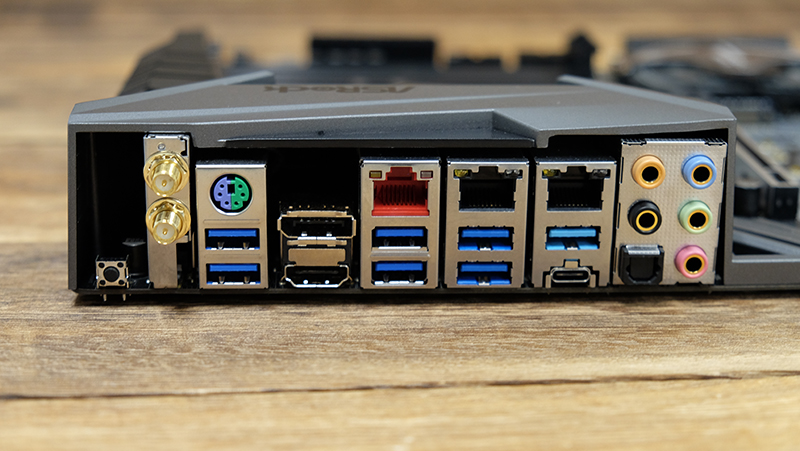 There are also dedicated power and reset buttons at the bottom right corner of the board, which is helpful for enthusiasts using it in an open test bench. The debug LED is found in this area as well, and it’s a useful tool for troubleshooting system errors. 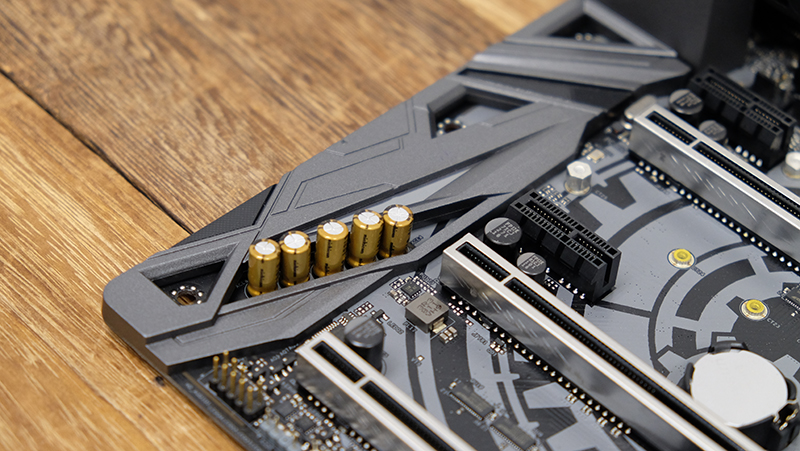