As with the move from the Intel Z170 to Z270 chipset, Z370 doesn’t bring a lot that’s new to the table. This means that board manufacturers have had to further value-add with things like M.2 heatsinks and additional customization options. After all, you need a Z370 board to use Intel’s new 8th-generation chips, so something more has to be done to sweeten the deal.

Ultimately, when comparing high-end motherboards like the ones reviewed here, the best board is the one that offers the most compelling mix of features and performance for enthusiasts. 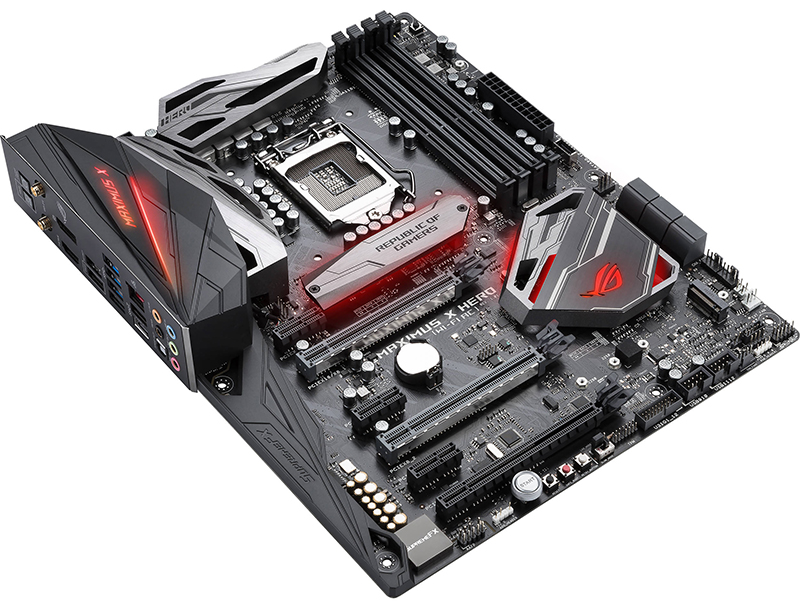 ASUS’ motherboard may be the most expensive, but it justifies that with a winning combination of good looks, strong overclocking performance, and an extensive feature set that will appeal to enthusiasts. It is equipped with useful hardware buttons for those who want to take their processors to their limits with LN2 overclocking, but it also comes with extensive customization options for those who simply want to add some bling to their rig.

For instance, its support for custom 3D-printed nameplates and individually addressable LEDs leave plenty of room to play with. More importantly, it boasts solid overclocking performance and one of the most intuitive BIOS interfaces around, so overclocking should be quite a breeze.

Finally, it is thoughtful in its execution, with an integrated I/O shield and large buttons for updating the BIOS and clearing CMOS that make it a pleasure to install and work with. It offers the complete package, which is why we're making it the winner of this shootout. 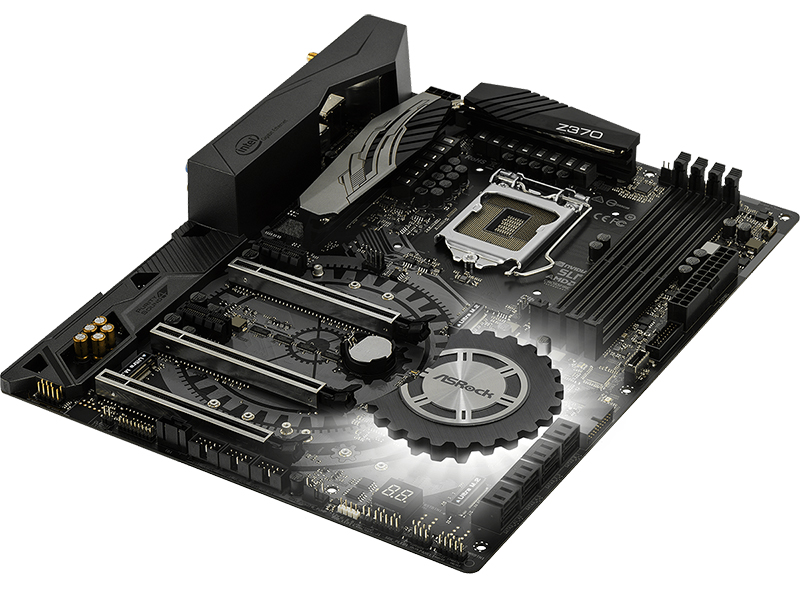 The ASRock Z370 Taichi is an affordable motherboard crammed with plenty of features. It boasts a good array of storage and network connectivity options, with a total of eight SATA 6Gbps ports (two more than the rest of the boards), onboard Wi-Fi, and dual Intel Gigabit LAN ports.

However, while more casual users will find a lot to like here, enthusiasts may feel a little left out. There are no dedicated power and reset buttons, or anything like what the ASUS board offers. Of course, there’s the price gap to consider, but the fact remains that this is still one of ASRock’s highest end boards.

Furthermore, we weren’t impressed by its lackluster overclocking performance compared to the rest of the boards. It also posted the highest power consumption and heatsink temperatures, so something appears a bit lacking in the design department. Finally, those who enjoy their RGB LEDs will be disappointed as well, as there’s just one RGB header and the only LEDs are built into the PCH heatsink. 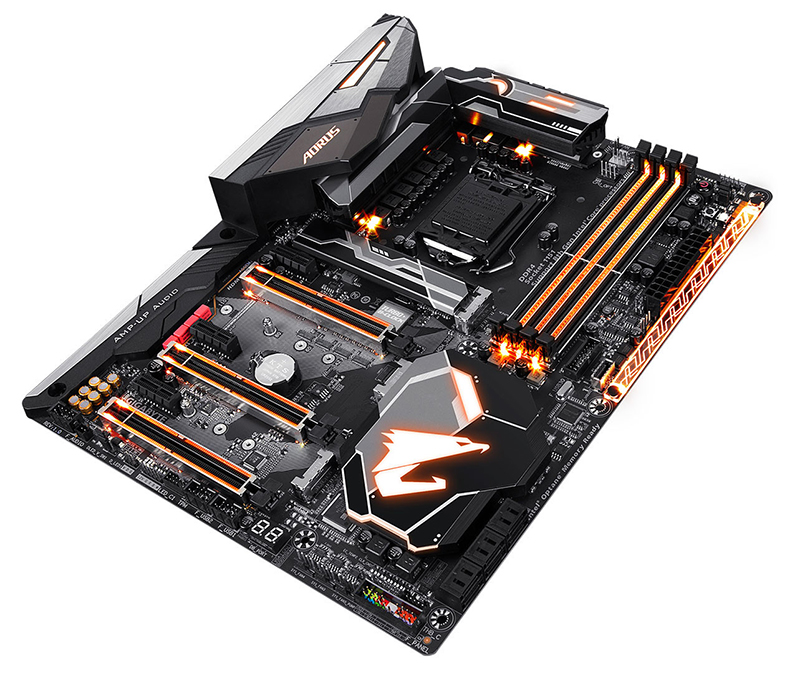 The Gigabyte Z370 Aorus Gaming 7 is one quality motherboard. There’s something for everyone here, ranging from overclockers to the casual user. Its core feature set checks most of the right boxes with a good number of connectors and storage expansion options.

And if you like to toy around with RGB lighting, you won’t be disappointed either, as the board offers a good selection of customization options, in addition to support for external digital LED strips with individually addressable LEDs. There’s also the swappable overlay on the top right, which you can replace with your own 3D-printed design.

Overclocking performance is solid, and this is a great board to take your CPU to its limits. However, as Gigabyte’s flagship Z370 board, it is lacking in certain features such as dedicated Slow Mode switch for LN2 overclockers, or even a CLR_CMOS button located on the rear I/O. The BIOS interface also feels slightly less polished than the one ASUS offers, so the overall overclocking experience isn’t as seamless. 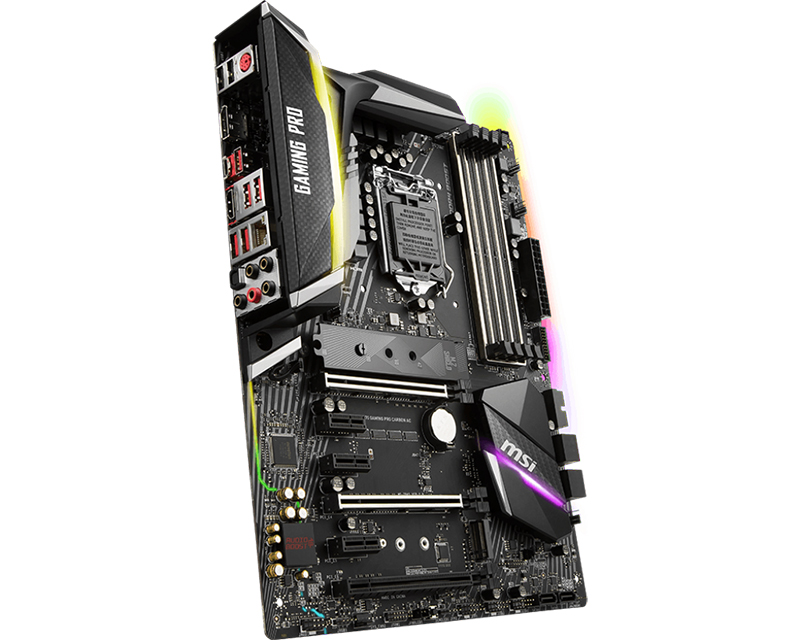 MSI’s Z370 Gaming Pro Carbon AC is the most affordable board of the lot at just S$349. That said, the Z370 Gaming Pro Carbon AC is more a mid-range board with a focus on aesthetics. There are LEDs built into the VRM and PCH heatsinks, under the board, and an LED light trail that follows the audio circuitry. What’s more, there are a total of four RGB headers, including one that supports individually addressable LEDs.

The onboard Wi-Fi is also a nice touch, as some of the pricier boards don’t have this. Having said that, the Z370 Gaming Pro Carbon AC can’t really compare with the other boards in terms of overall features. Like the ASRock board, there are no power or reset buttons, and it’s also missing a debug LED display.

Overall, this is a good board for the mass market, but enthusiasts will probably want to look elsewhere.