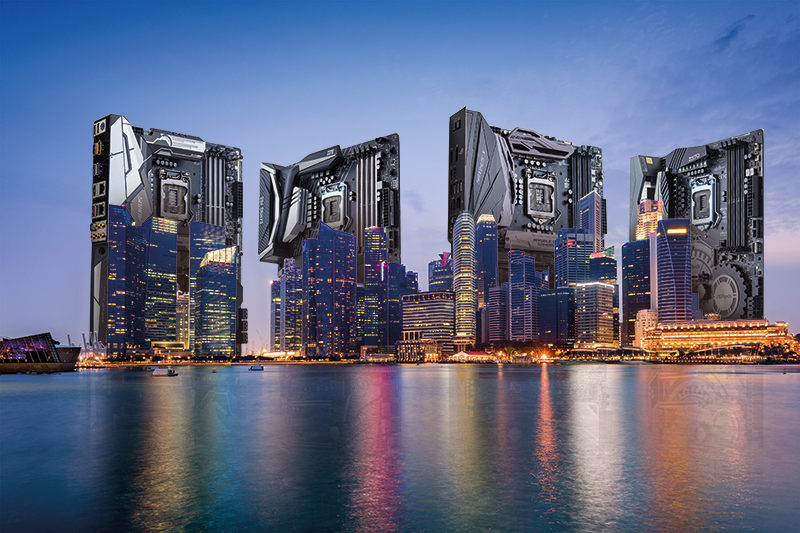 Intel’s 8th-generation processors are veritable multi-threading and gaming beasts, boasting more cores and threads across the entire line-up. The Core i7-8700K tears through triple A titles and content creation tasks with ease, and it’s the first time we’re seeing a mainstream Intel processor with a tantalizing six cores and 12 threads.

There’s just one snag in the scheme of things – you’ll need a new Intel Z370 motherboard to use the new CPUs, even though they’re based on the same LGA 1151 socket as the 7th-generation chips.

That’s because Intel had to make certain under-the-hood tweaks to accommodate the higher core counts and power requirements of the new processors. For example, board makers have had to implement more robust power delivery designs, changes to the CPU package power delivery, and even tighter memory routing for the higher-speed DDR4-2666 memory.

In other words, you’re out of luck if you were hoping to drop a Coffee Lake CPU into your Z270 motherboard.

It’s just a pity that the Z370 chipset doesn’t come with that many new features, although you do get support for per-core overclocking and real-time memory latency controls (which eliminates the need to reboot every time). Motherboard manufacturers have also attempted to value-add with new features, such as additional M.2 heatsinks and more ways to dress up your system with RGB LEDs.

That said, which Z370 board is the best? We’ve rounded up models from ASRock, ASUS, Gigabyte, and MSI to try to answer that question.