We measured the temperatures of the VRM and PCH heatsinks after running 40 loops of the 3DMark Fire Strike Stress Test.

The ASRock board ran particularly hot, with the VRM temperatures exceeding the figures posted by the ASUS and GIgabyte motherboards by quite a bit. That said, the ASUS ROG Maximus IX Formula ran particular cool overall, a nice credit to the board's heatsink design. 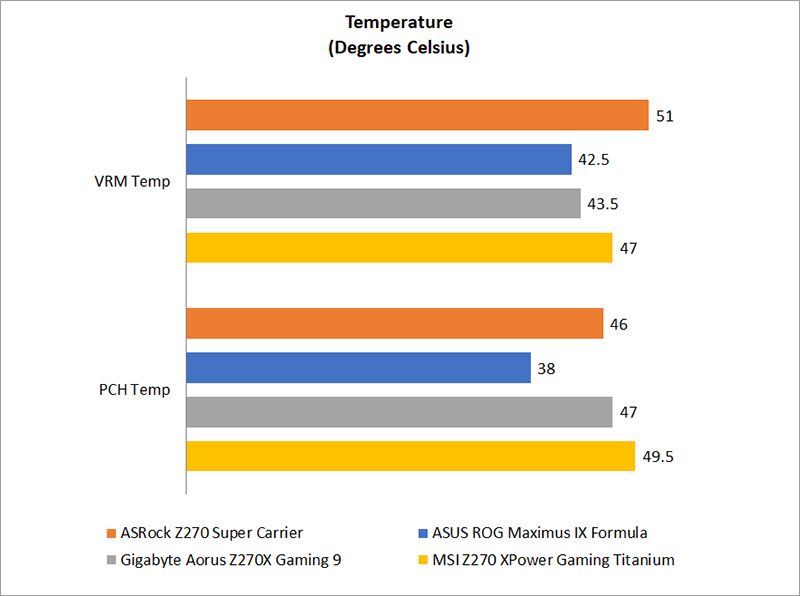 The additional components on the ASRock and Gigabyte motherboards, more specifically the PLX PEX8747 chip likely contributed to their higher idle and peak power consumption. The Gigabyte board also had the highest idle power consumption, at around 30 watts more than both the ASUS and MSI models, and that can probably be attributed to it having crammed the most components on board as well. 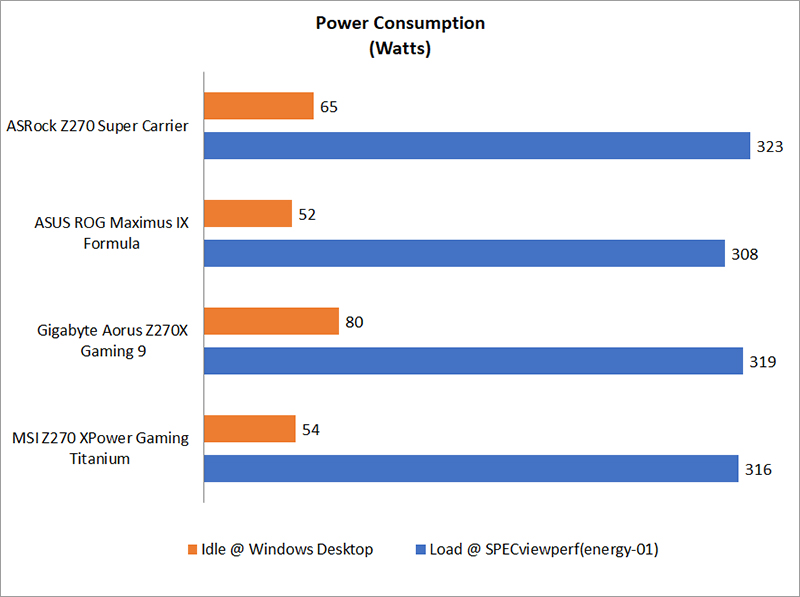 As top-end boards for their respective brands, we expected strong overclocking headroom from everyone, and they did not disappoint. However, the ASUS and MSI boards managed to achieve marginally higher clock speeds. It's a good thing they did too, given their particular emphases on overclocking.

The latter two boards also provided the most intuitive overclocking experience in BIOS, because all the necessary controls were conveniently located in the same menu. On the other hand, ASRock's and Gigabyte's BIOS interfaces placed the CPU, DRAM, and voltage settings in different menus, which means you'll have to jump frequently between them.

The Gigabyte board also required us to play with the CPU vCore LLC settings as well (we went with Extreme in the end), to achieve a comparable overclock to the other boards. If LLC is left at default, the board under-performed considerably, with the system crashing before we even hit 5.0GHz. 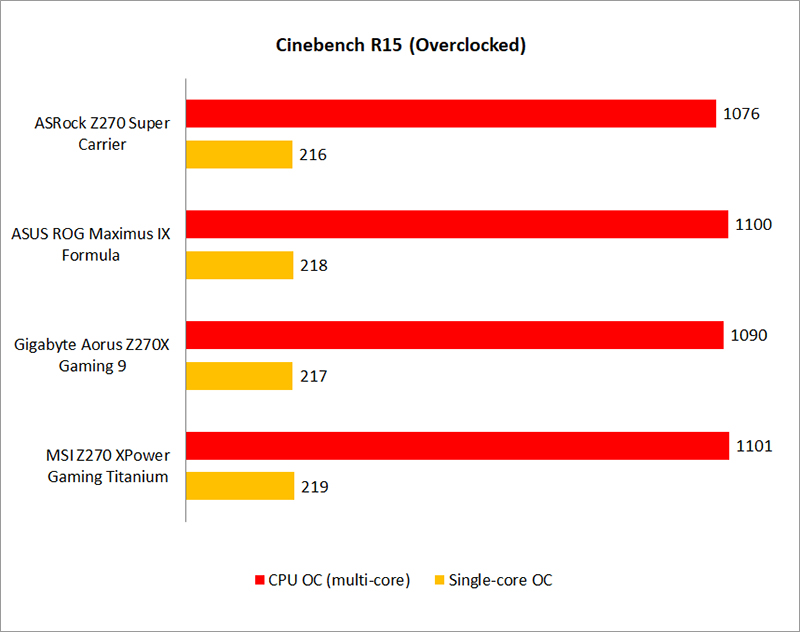